Eye On Stars: Chris Brown's Glass Shattering Outburst, Jimmy Kimmel Gets A Big Wet One From Charlie Sheen And Other Hollywood News (8 pics) 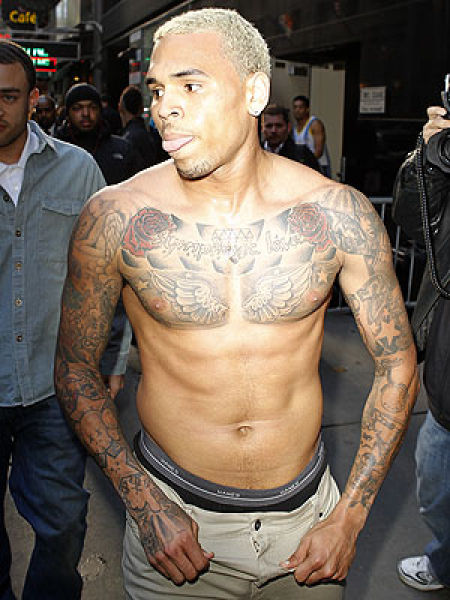 Raging and shirtless, Chris Brown stormed out of the Good Morning America studios Tuesday morning livid after an interview with GMA anchor Robin Roberts did not go the way he wanted it to go. In the studio to promote his new album F.A.M.E, Brown got visibly upset and uncomfortable when the line of questioning turned to his 2009 felony assault case involving his then-girlfriend Rihanna. He tried to maneuver the questioning back to his new album but Roberts persisted with the Rihanna questions. A clearly uncomfortable Brown finished the interview and even performed one song before flipping out. He threatened a GMA producer with physical violence and trashed his dressing room breaking a window. 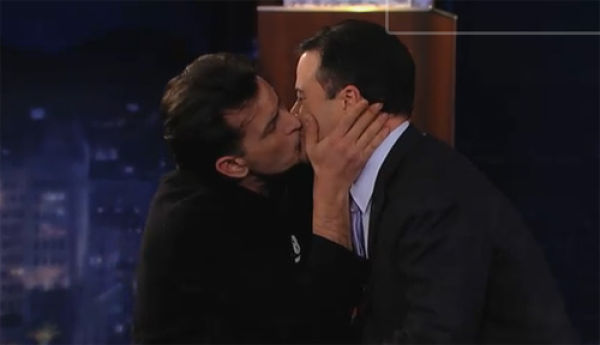 Charlie Sheen got a taste of Jimmy Kimmel’s moist lips in a surprise appearance on Jimmy Kimmel Live. While he did not have his goddesses with him, he planted a big wet kiss on Kimmel’s lips, handed out “Tiger Blood” and “Winning” swag and dropped a huge hint about a possible deal with FOX TV. 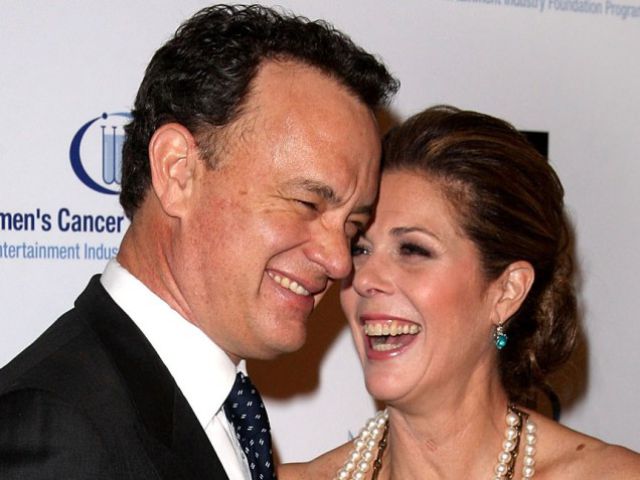 Tom Hanks is a very nice guy – until you cross him and mess with his money. The actor and his wife Rita Wilson are suing their former insurance broker claiming he defrauded and embezzled them out of a fortune. Hanks claims he worked with J. B. Goldman Insurance Agency for more than 20 years, using the company to procure homeowners, directors and other business policies but when he switched brokers last month, his new broker allegedly discovered gross overcharging for various policies. The suit seeks unspecified damages. 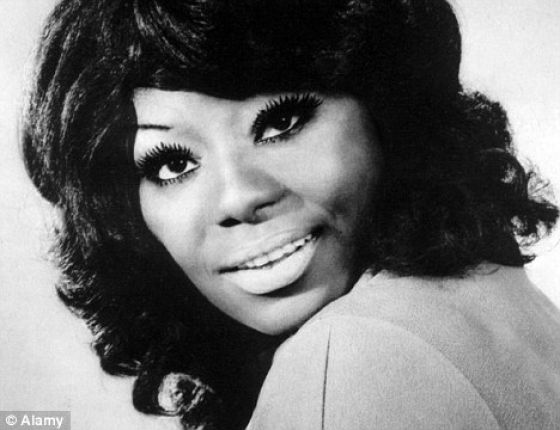 Soul icon Loleatta Holloway is dead after suffering heart failure. She was best known for her 1980 hit Love Sensation. Holloway’s song Ride on Time was the UK’s best selling single of 1989. She was 64. 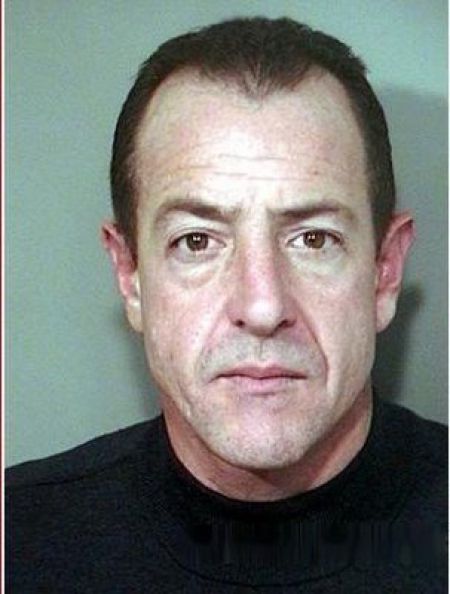 The Lohan name is being dragged through the mud again and this time, Lindsay is not at fault. The actress’ controversial father Michael Lohan has landed in hot water again after being arrested on Monday night on suspicion of domestic violence against his girlfriend. Lohan’s girlfriend filed a police report with the Los Angeles County Sheriff’s Department claiming the two got into an argument that turned physical. According to law enforcement sources, Lohan will be charged with domestic violence, false imprisonment and preventing the reporting of victimization. 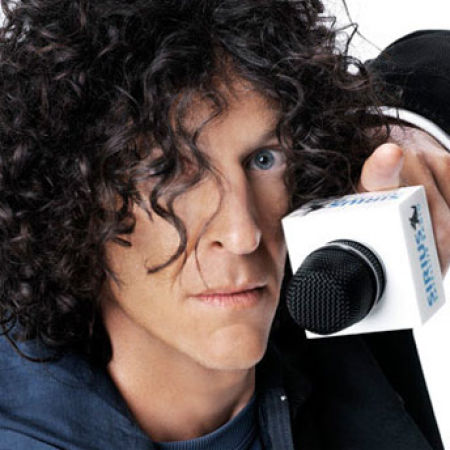 Shock jock Howard Stern’s manager and production company are suing SiriusXM radio claiming Howard was cheated out of stock awards SiriusXM promised him. According to the suit, Sirius courted Howard to move to their company promising him a share “in any success that the company achieved” but once Sirius bought out its chief competitor, XM and acquired more than 20 million subscribers, it decided Howard had been paid enough. The suit seeks unspecified damages. 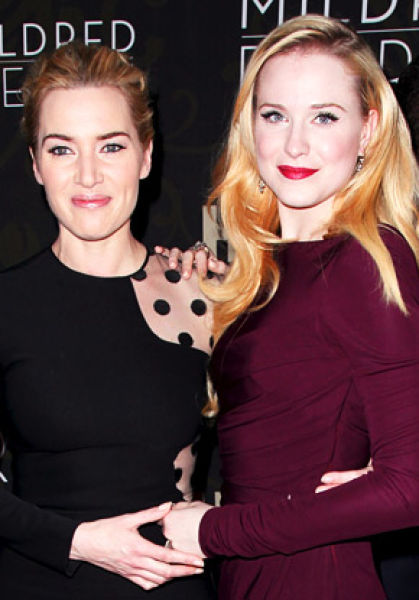 Kate Winslet is a veteran actress who doesn’t mind sharing a few nuggets of wisdom with budding actresses. While filming the HBO mini-series Mildred Pierce, a nervous actress Evan Rachel Wood had to bare all so she turned to Winslet for advice and the Oscar-winning actress gladly coached Evan through her first nude scene. Winslet also advised Evan to wear a merkin (a public wig) and to keep the number of on-set spectators to a minimum for her comfort. 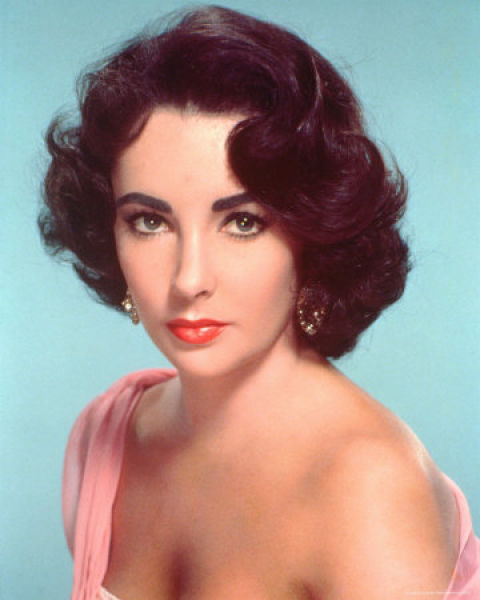 Legendary actress Elizabeth Taylor is dead. The two-time Oscar winner was more famous for her beauty, glamorous lifestyle, charitable endeavors and her many marriages than for her acting chops. In her prime, she was hailed as the world’s most beautiful and desirable woman. Taylor died at Cedars-Sinai hospital in Los Angeles where she was hospitalized six weeks ago with congestive heart failure. She was 79.