When things get rough and tough they say the tough get going, well sometimes its better to make a joke out of it and just find the humor in life. That is what I hope this set of pictures does for you. Enjoy. 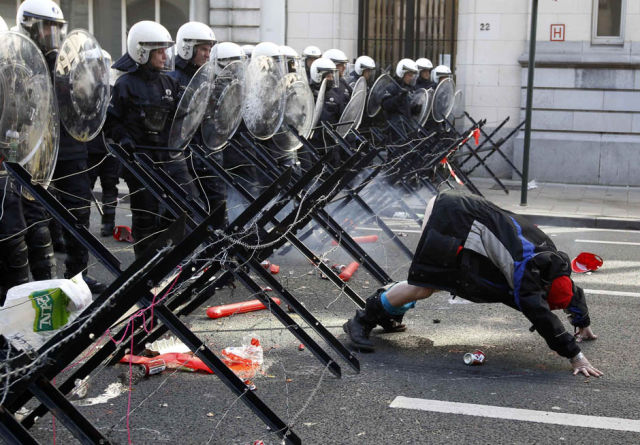 Policemen arm themselves against this demonstrator’s bare bum and crack. Well they should, Crack Kills! 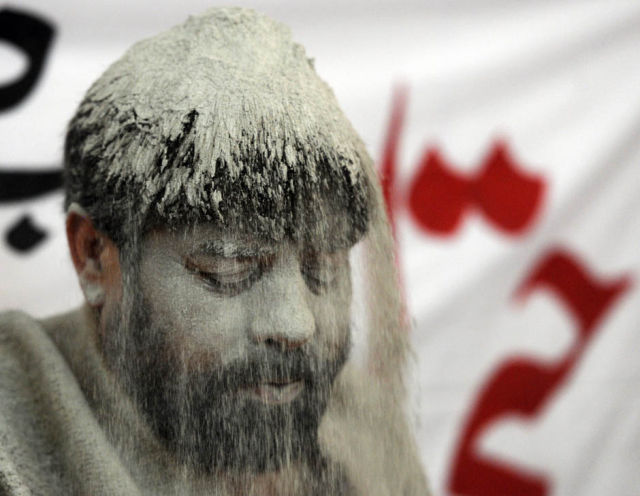 The minority leader J. Salk sprinkles ash over his body as he protests against the U.S. pastor Terry Jones in Islamabad. He and others are protesting the deliberate desecration of the Koran by a US evangelical preacher in a church in Florida where they burned the Koran. 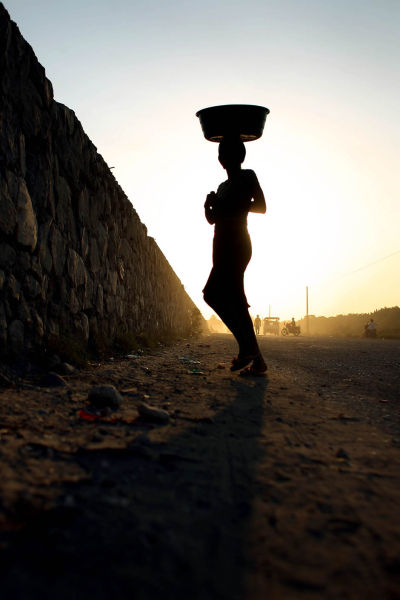 This woman was caught walking down the street near Cite Soleil in Port au Prince, she looks like a mirage as she is caught in the sunset. 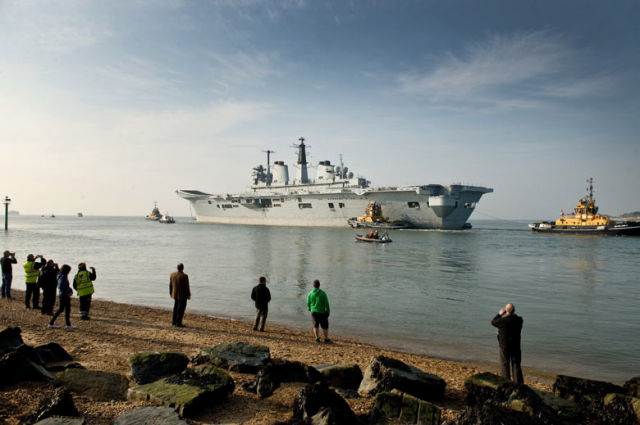 The aircraft carrier HMS Invincible leaving Portsmouth harbor on its way to a Turkish scrap yard after 25 years of service. 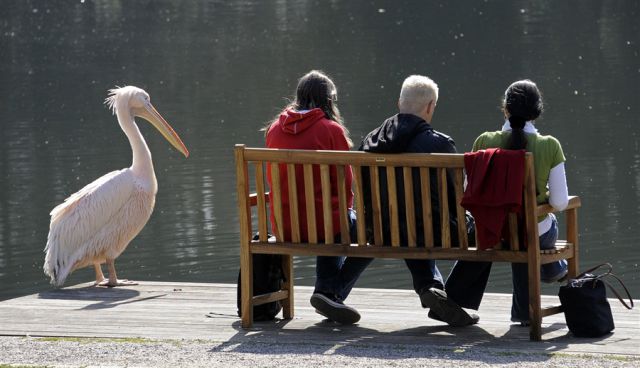 A stork enjoys the wonderful weather with other park goers in Essen, Germany.

Ride of a Lifetime 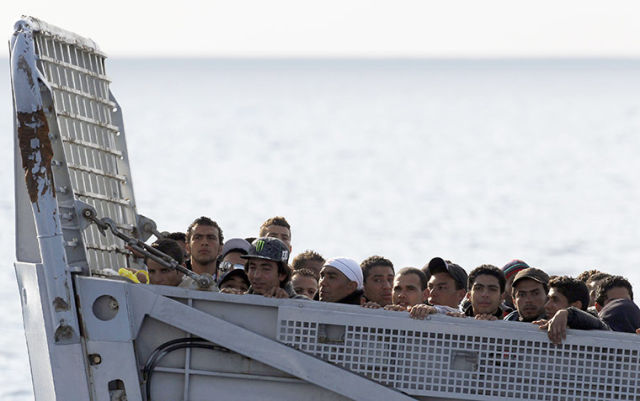 People that are fleeing from north Africa take a ride on an amphibious vessel as it takes them to Italy. 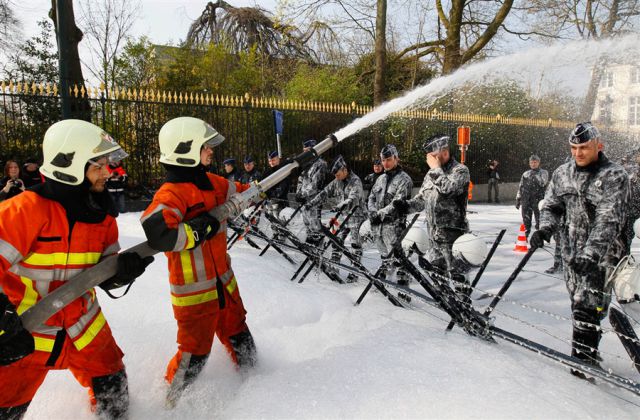 Belgian firefighters protest and demand clearer rules about promotions by spraying down their fellow civil servants in foam. 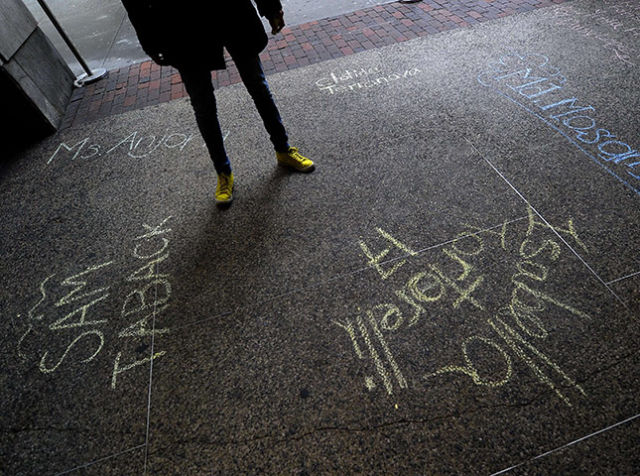 In 1911 a travesty happened in the clothing district as the Triangle shirt factory burned to the ground killing workers that were stuck inside. These US Fashion Institute Tech students write the names of those lost on the pavement in remembrance. 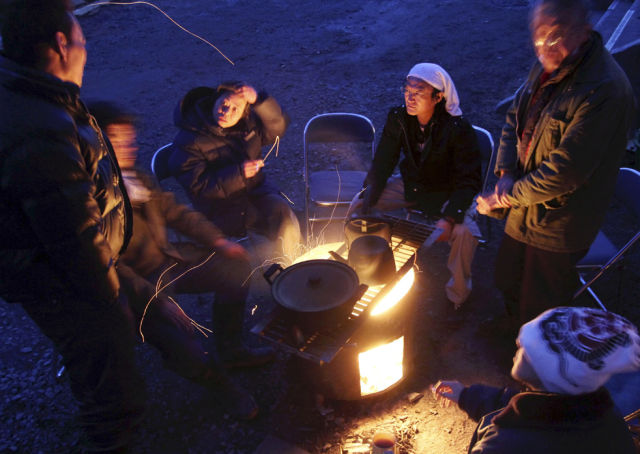 Survivors huddle around the open fires near a shelter in Minamisanriku town, Miyagi Prefecture. They are sharing stories, contact information, and just human companionship after the massive quake and tsunami. 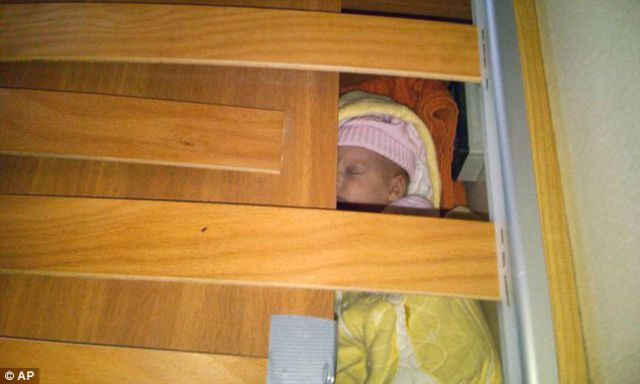 A French family was arrested after they attempted to smuggle two baby girls into France. The girls are babies from the father and a surrogate mother. They attempted to sneak them in to beat the law about surrogate babies in France.

GOODSTUFF4U 9 year s ago
the votes are in