These cars all had some sort off wierd body modifications to them. It was a way of proving it can be done, even if it looks wild or crazy someone loved it. 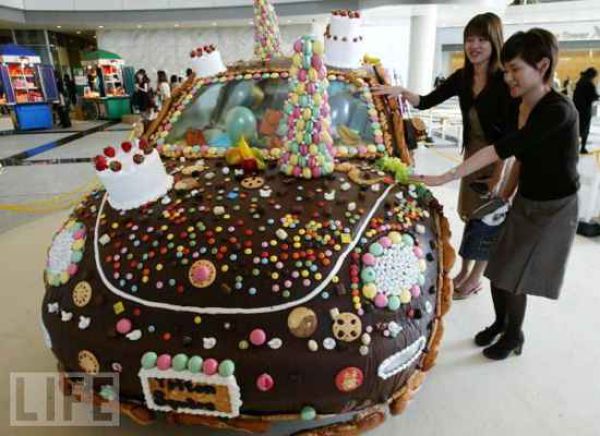 The folks in china decided to cover a Volkswagen beetle with 440lbs of sweet chocolate for Valentines Day. They wrapped the car up in plastic and then covered it with the yummy confections before putting it on display in the Shandong province in 2007. 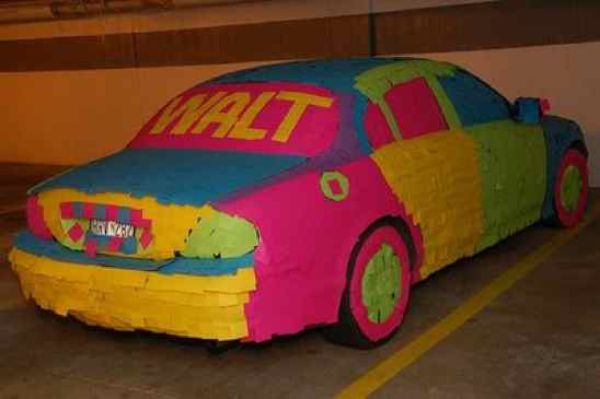 Imagine coming out and finding your car covered from tip to bumper in sticky notes. The owner of this jag came out after work to find his car covered with them. He drove it home to show his family how crazy his coworkers really were. 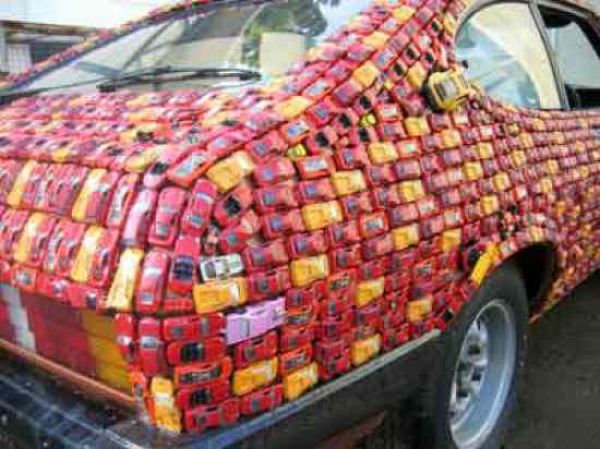 This guy was a bit extreme! He decided to cover his Ford Capri with 3500+ cars. He got the toy cars from donations and posing as a toy store owner to buy them at a trade fair. 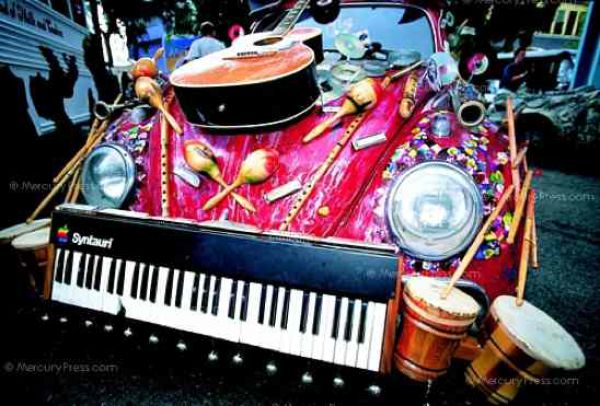 Honk if you like music! This car is named the Pico de Gallo aka the Spicy Salsa. It is a Volkswagen Beetle covered in working musical instruments. 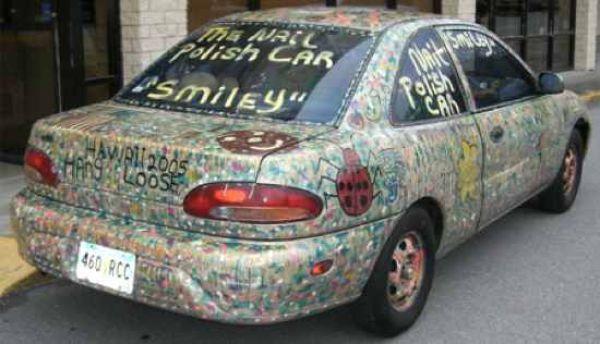 This South Carolina car needed painted so Yvonne Millner used her nail polish to freshen up her Mirage.  As you can see it is nick named the Nail Polish Car Smiley. 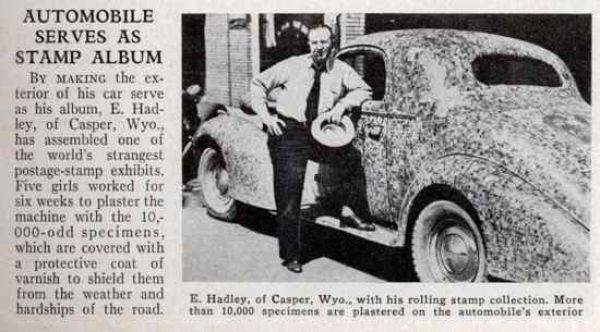 This car holds over 10,000 postage stamps. They were added to the car in six weeks by five girls who worked on it. The stamps are not just U.S. stamps they come from around the world. 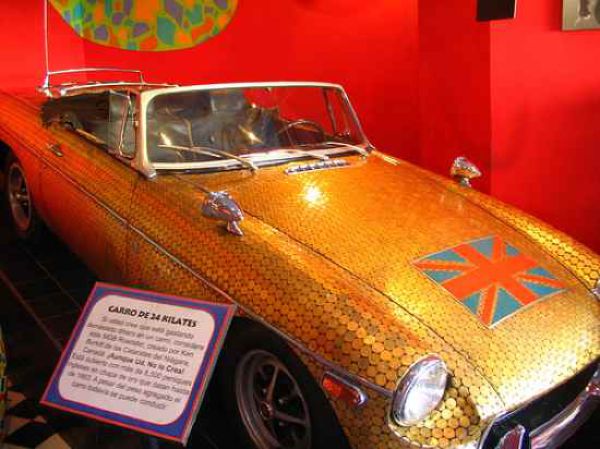 This car is a 1969 Mini Cooper and it is covered in gold plated English pennies. The coins are covered with 8 coats of polyurethane to prevent color damage and rusting. 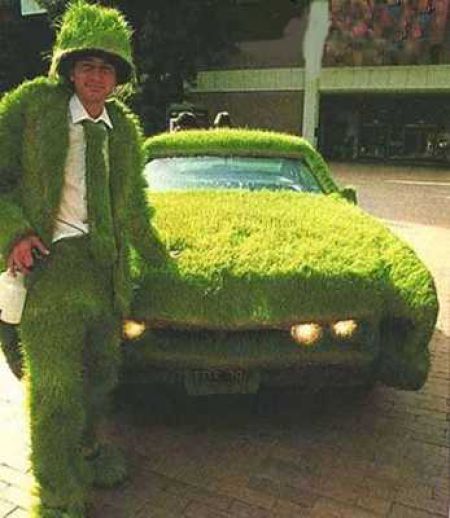 Yup, its grass and it covers up the car growing on its own.  The car has adhesive put on the car, then he spreads grass seeds and waters until he has a green car all of his own. 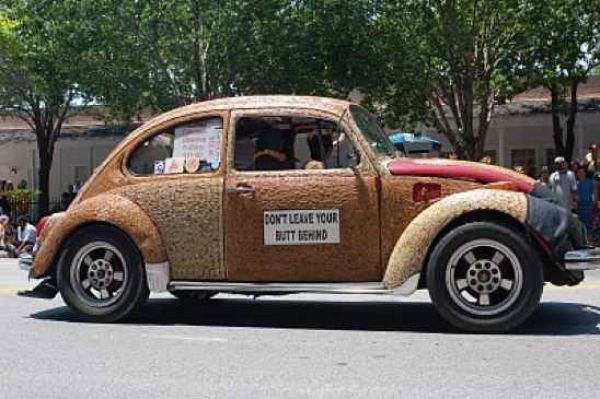 This Volkswagen Beetle is covered in cigarettes. The car is owned by Carolyn Stapleton of Florida. It is a moving advertisement to stop smoking. 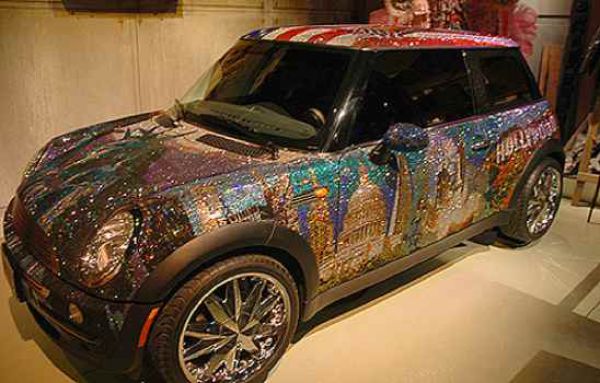 This mini cooper is covered with crystals that depict American iconic areas such as the White House, Mount Rushmore and even the Statue of Liberty, all done in crystal. The project took six months and our artists to create. It is a beautiful piece though, well worth it.