You have a naughty mind! It isn’t what you think! 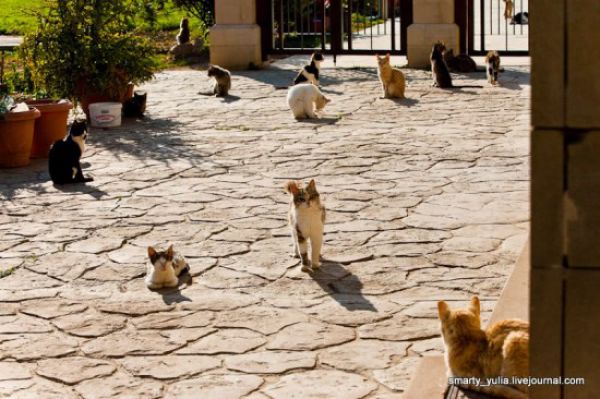 The Monastery of St. Nicholas of the Cats is the sacred cat haven in Cyprus. It has been the name attached to felines for almost 2000 years. 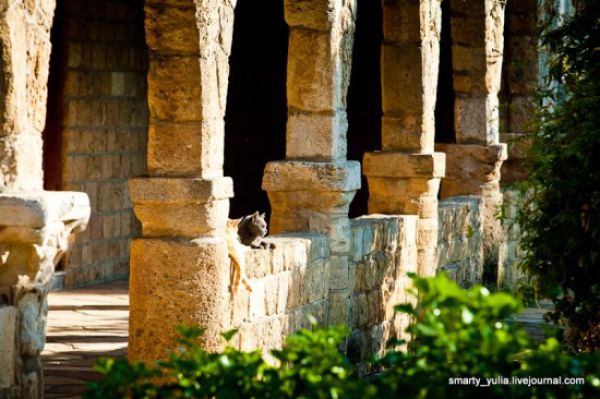 The monastery was built in 327 AD. The first Byzantine government of Kalokeros created it and it was patronized by St. Helena, the mother of Constantine the Great. During the time the island was overrun by poisonous snakes during a horrible drought. The answer was to bring in cats from Egypt and Palestine to fight the snakes. They shipped in over 1000 felines and they took care of the snake problem. 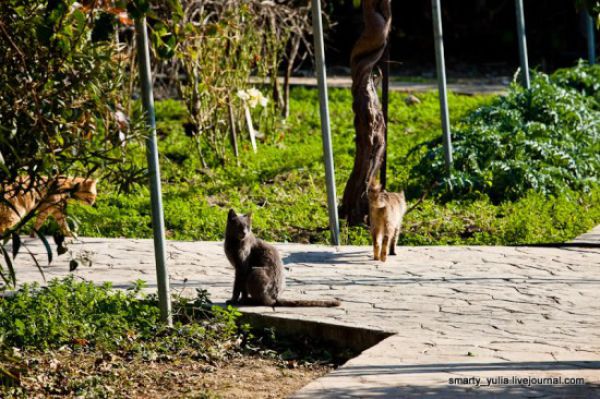 The cats continued to do the job and removed those snakes for years along the Akrotiri Peninsula otherwise known as the Cat Peninsula. Monks would use a bell and the cats would come to the monastery at meal time and then the cats were then sent back out to do their snake duty. 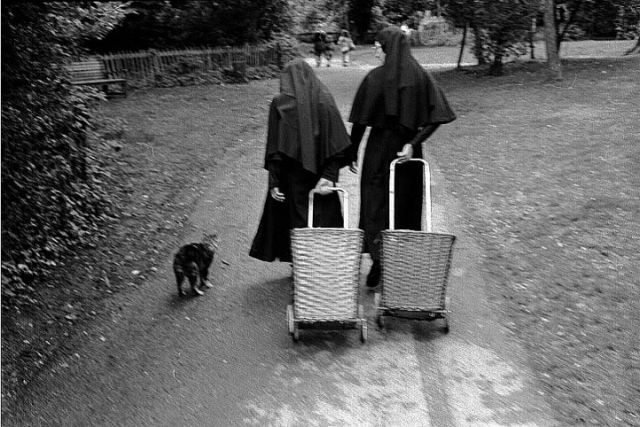 It was notated in the writings of Father Stephen de Lusignan in 1580 and the Byzantine monks at the Monastery of St. Nicholas that they were given the lands surrounding the monastery provided that they take care of at least 100 cats and feed them two times a day. The cats were so well trained that they would come for one bell to eat and when it rang 2 times they knew it was time to go out and hunt snakes once again.

The monastery was completely destroyed during the Turkish invasion and the cats that were not killed soon wandered around the island. Strays toady can sometimes be linked to those cats, and are well taken care of by the residents.

The monastery was rebuilt and was abandoned several times. In most recent history a group of nuns was assigned to live there in 1983. They arrived to an empty monastery not one cat was in sight. They soon found that the snakes had taken over an just like Saint Helena they begin to gather up cats to take care of the situation. 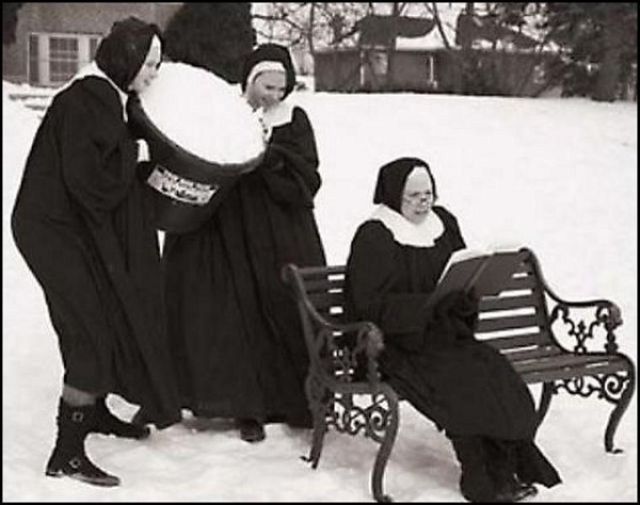 Now the monastery holds 6 nuns and over 70 cats. The cats continue to grow as people bring strays by and the nuns take them in and they take care of them. The nuns feed the cats on donations made by locals and cat loving tourists and pilgrims.

Learn Something Fun: Another legend tells how a terrible famine struck the island of Myra. Since St. Nick is the patron saint of sailors, his exploits are explained when a malicious butcher lured three little children into his house on Myra, and killed and slaughtered them and put their remains in a barrel to cure, planning to sell them off as ham. Saint Nicholas, visiting the region to care for the hungry, not only saw through the butcher’s horrific crime, but also managed to resurrect the three boys from the barrel.