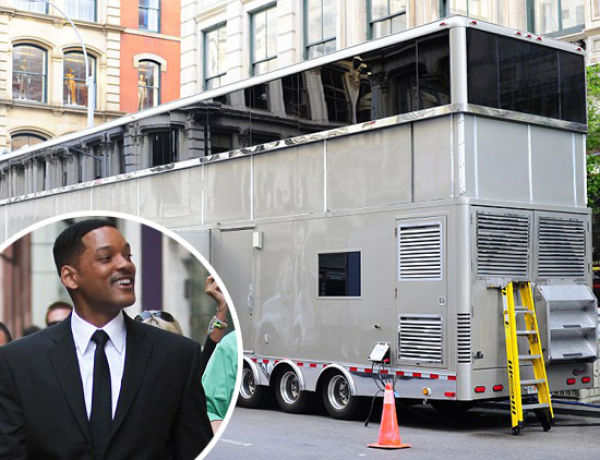 The residents of SoHo have a few choice words for Will Smith now that he has chosen to park a 53-foot trailer on their streets. The actor set up the gigantic double-decker trailer nicknamed “The Heat” in SoHo where he’s currently filming Men in Black III. Many residents and shop keepers are outraged by the huge vehicle and have complained to city officials who say despite its size, the trailer does not violate any regulations. At 1,150 square feet, the specifically designed ride is bigger than most New York City apartments and rents for $9,000 a week. It includes a lounge with a bar, a movie room with a 100-inch screen, marble floors throughout, a full service kitchen, a large bedroom and all granite bath room. It weighs about 30 tons and has a meeting space big enough for 30 people and offices for Smith’s assistants and writing staff. In addition to this giant trailer, Smith has an additional 55-foot trailer featuring a full-size gym and he rents a five-bedroom,  six and a half bathroom apartment for $25,000 a month less than a mile away. 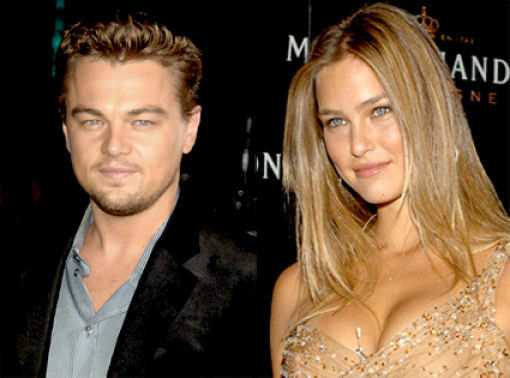 It’s the end of the romance road once again for Leonardo DiCaprio and Bar Refaeli. The actor and Israeli supermodel were together for a total of five years. The pair began dating in 2006 and split for six months in 2009 before reconciling the following year. Refaeli later expressed her gratitude for the six-month break from DiCaprio saying she grew up during that time apart and learned not to fear being alone. Sources say that the couple just grew apart but no third party is involved in the split. 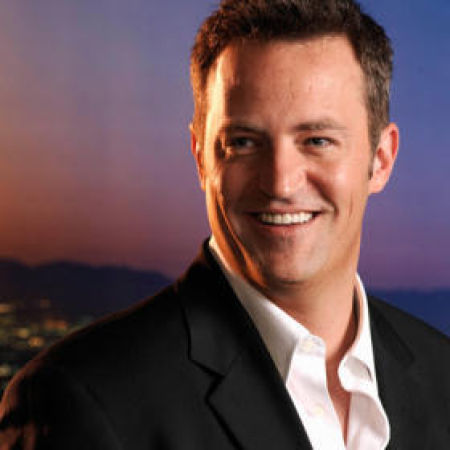 Funny man Matthew Perry has struggled with prescription pills and alcohol in the past and in an effort to continue recovery, he is going back to a treatment facility. The actor confirmed his decision in a statement saying he plans to be gone for a month to focus on his sobriety and in typical self deprecating style he cheekily gave everyone permission to enjoy making fun of him on the world wide web while he is away. This is Perry’s third trip to rehab, having been there twice in 2001 and 1997.

Ashton Kutcher Snags Two And A Half Men Gig 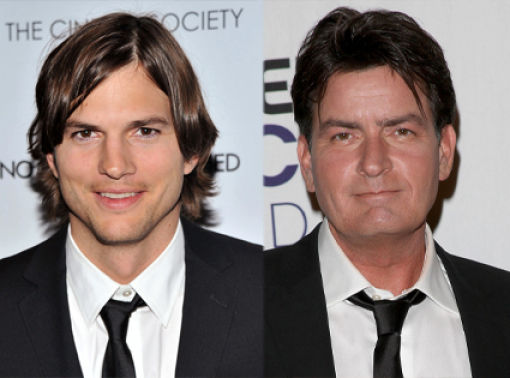 From Punk’d to Two and a Half Men? If reports are to be believed, Ashton Kutcher is set to replace Charlie Sheen on the hit sitcom. Sheen was famously fired after a battle with the show’s producer over Sheen’s behavior on and off the set. Kutcher’s name moved to the top of the list after a deal to cast Hugh Grant reportedly fell through. CBS declined to comment on the Kutcher rumors but reports suggest that finishing touches are being put on a “huge payday” for the former That ‘70s Show star. 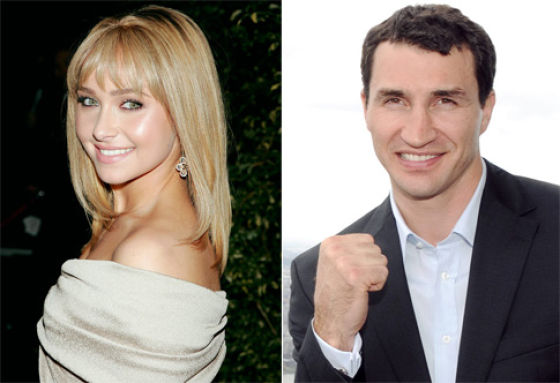 After two years of dating, Hayden Panettiere and Wladmir Klitschko have gone their separate ways. The actress and Ukrainian heavyweight boxing champion cited the physical distance between them as the reason for the split. During their courtship, the two split their time between two different continents. They vowed to remain close friends even after the separation.

anon 9 year s ago
too bad about charlie. i expect to read his obit soon. kutcher is a vapid celebutard, the show will sink like a rock.
Reply
0

Apu Kalipshis 9 year s ago
no one can fill that hole in the paniettere's person! you know what i mean?
Reply
X
>
1/1
<