Although today is Memorial Day for a great many of us, on this day in history the Savior of France, Joan of Arc was burnt at the stake for heresy. 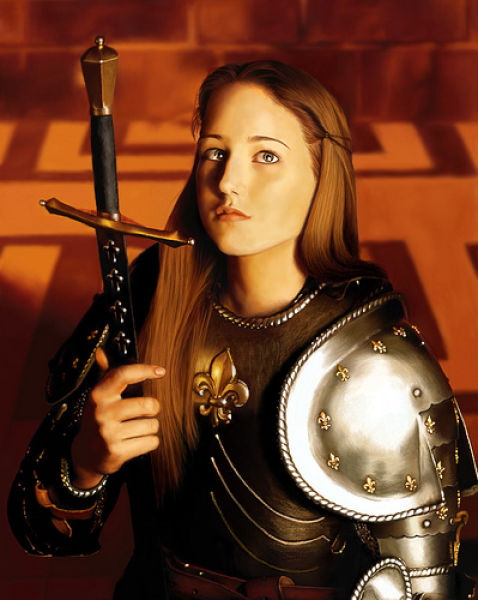 The little peasant girl was burnt at the stake in Rouen, which was English controlled at the time.oan was born in 1412 and was the daughter of a tenant farmer at Domremy.

During the hundred years war between England and France a critical phase began. King Henry V invaded France and won a series of critical victories against King Charles VI. It was at the end of the Henry’s death in August of 1422 that the English along with the French Burgundian allies controlled Aquitaine and most of Northern France.

When Charles VI died his son also named Charles was prepared to take over the throne. The problem ws that Reims, the traditional city for French coronation was being held by the Anglo-Burgundians. So what happened was that King Henry VI of England was proclaimed the King of France by the English. 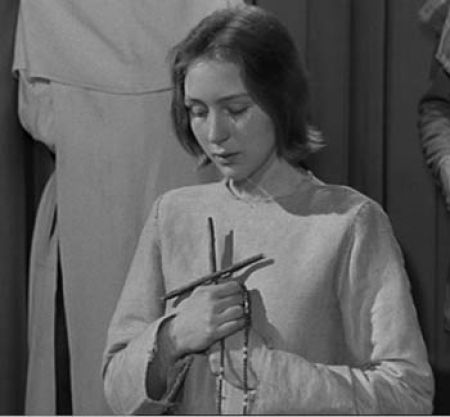 While that was happening Joan who was growing up in the country began to hear voices of three saints. She said she heard St. Michael, St. Catherine, and St. Margaret. These voices told her to go and help Dauphin in capturing Reims and the French throne. She traveled with the urge of these saintly voices to Vaucouleurs, the stronghold of Dauphin and ended up making it to the Dauphin at Chinon dressed in men’s clothing with 6 soldiers as escort.

She arrived in February 1429 and was granted an audience. Charles hid himself among his courtiers and she picked him out and informed him of her divine mission. After several days of questioning with prompting from his advisors he granted her a small army and she set out to Orleans. Orleans had been at siege for weeks.

She entered the city from the West bringing much needed supplies and reinforcements. She surged the French with hope and resistance.  She lead the charge in several battles and on May 7th she was hit by an arrow.  She dressed her wound and surged back onto the battlefield to continue the fight. On the 8th of May the English retreated from Orleans. 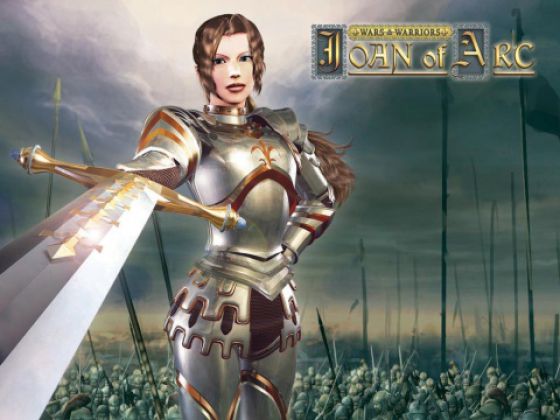 She continued to lead successful attacks and gained critical ground for the French in stunning victory after victory. On July 16th Charles was finally crowned King of France and Joan knelt by him an called him king for the first time. After more successful campagigns the king enobled Joan and her parents along with her brothers.

Her downfall began in 1430 when she stole into the town of Compiegne and was captured by the Burgundians who sold her to the English. She went on trial for heresy. They say that she rejected the church in favor of inspiration from god. When she rejected to submit to the church she was given her sentence. She was shocked and agreed to recant and her sentence would have been perpetual imprisonment.

She was ordered then to wear women’s clothes and for a few days she did, but when they went to check on her she had put on her men’s clothing once more. She told them that the voices of St. Catherine and St. Margaret had told her that she was wrong for giving into the church against their will.

So at the age of 19, on May 30th Joan was found to be a relapsed heretic and was burned at the stake in Place du Vieux-Marche in Rouen.  As the pyre was lit, she instructed a priest to hold high a crucifix for her to see and shout out her prayers loud enough to be heard above the roar of the flames.

Learn Something Fun: It wasn’t until 1920 that Joan of Arc was noticed and praised as being a great hero of French History. Her feast day is May 30th.

Alkhoren 9 year s ago
She was smoking hot at the end.
Reply
0

A French Man 9 year s ago
Political assassination ; that's what it's been !

and what historians commonly agree on today is that from the begining, the entourage of Charle VII found this young delirious farm girl perfect for a "spin doctor" tale to be fed to the people of France... As Charles VII is known to have been very devot and not very martial, the theories involving his entourage in Joan rising are getting more and more attention
Reply
0

chrisbumble 9 year s ago
saw the series and the movie.
Reply