Take a look at these bizarre and disturbing ads from various countries where kids are used to sell products in a less than appealing manner. 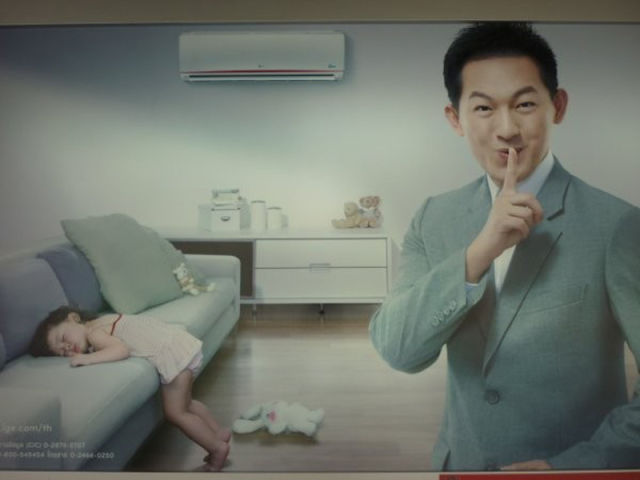 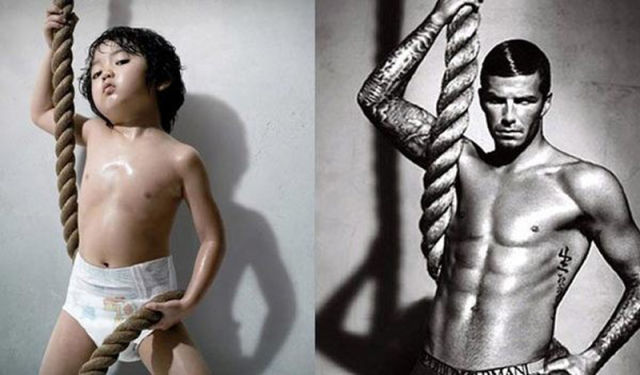 This Christmas, Give the Gift of Scarred Memories 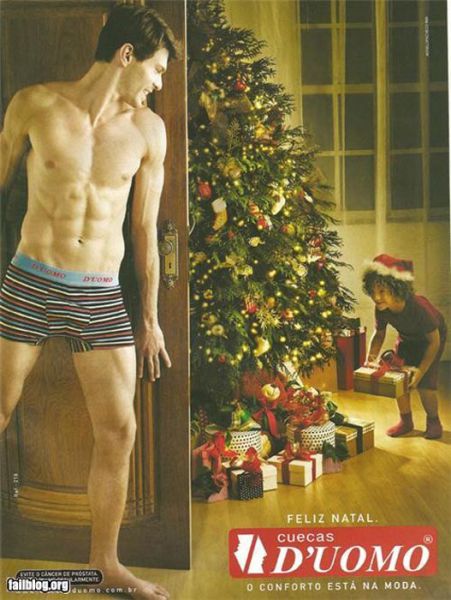 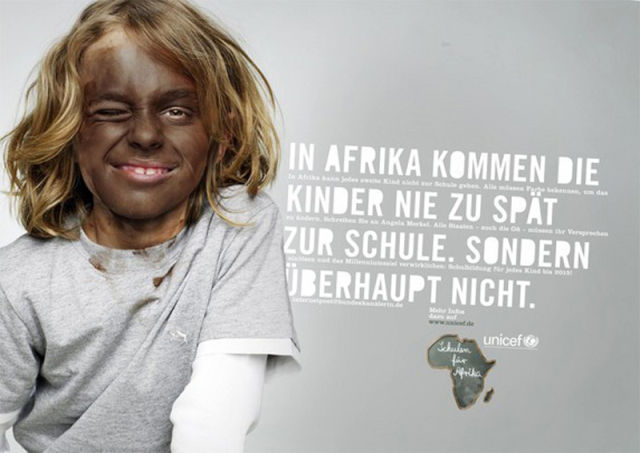 Germany Continues to be Germany 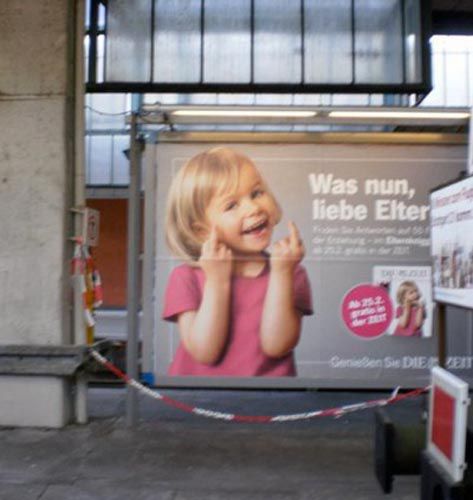 j b 9 year s ago
I fail to see what is so special about these ads, or the justification for describing them using terms such as "distasteful" and "exploitation". Kids are most definitely being "exploited" in e.g. US ads - only then we call it "cute" or "funny" or "thought provoking" or...

Once you recognize an ad as "familiar" because you have seen it (and its kind) dozens of times, hundreds of times, thousands of times, then you judge it by completely different standards: That's the way it is supposed to be! Sort of like cheerleader dancing - in any other setting it would border on disgustingly pornographic and expoitative, but when a cheerleader team does it, they deserve applause, because then that is the way it is supposed to be.

If I wanted to, I could easily create a twice as big set of disgusting, bizarre ads exploiting kids for commercial purposes from widely distributed US magazines. That would, of course, be disgusting by other standards than those of the US society - parallelling this condemnation of foreign ads judged by US standards.

And if I did, I would of course include the entire ad, not just one element, such as in #1, and I would translate the text and explain which message the ad tries to convey, such as in #4: It really is quite a strong message - an ad for Unicef (the UN department working to improve the conditions for poor children all over the world), showing a white girl having painted her face "negro dark" and the words: In Africa, kids don't come late to school. Some do not go to school at all. (I assume this ad is part of a project to finance scools for African children.)

Far too often, when I see "FAIL!" type pictures, the one who deserves the "fail" stamp most of all is the person who stamped the picture: He has completely misunderstood the realities behind the picture, and frequently judged it from an extremely US centric viewpoint, such as ridiculing a sign, posting or name simply because it contains a word which would have a sexual og obscene meaning - if the language was English! But it isn't. It isn't a "Fail!" using a perfectly ordinary word from your own language just because that same letter sequence has another (and possibly dubious) meaning in some other language such as English!

That also extends to non-word language, such as gestures, attitude, dressing etc. You should never take for granted that non-verbal signals have the same meaning in other cultures. What you consider normal, friendly or humorous, could in another culture be very offensive or insulting. And the other way around: What you consider insulting or offensive, could be perfectly normal in the culture where the signal is given. And then it is not a "Fail".
Reply
0

BillTheWelder 9 year s ago
Considering that these ads can be construed many different ways based on the perception of the viewer I could see how one or two may be seen as sexual exploitation in a bizarre and twisted closet pedophilia mindset but that really isn't the case here in any of these.

#1 is a father or older brother telling you to be quiet because the toddler is asleep and is most likely an sales ad for the air conditioner in the background on the upper part of the wall ( for those in western countries this type is slowly becoming more popular due to its size and scalability ).

#2 looks to be nothing more than a cologne add and when it comes down to it most all boys at a young age wanted to be just like a male figure whether it be their father or brother or a sports figure or a hero real or imaginary.

#3 is an underwear add that shows a child picking her present out while her dad watches happily. The add translated from Portuguese is Merry Christmas D'uomo underwear comfort in this fashion.

#4 Is not a racial slur black face but the growing face of those who are reeling in poverty in south Africa now and that is the white south Africans which Izismile did have a photo article on here some months ago about this change in social standing and how it has changed the faces of the haves and have nots.

#5 Is something that every kid does and thats mimic grownups and at one time or another a child will either repeat a foul word or action and its something that we have all done when we were kids and your parents can clarify that for you. The add itself as translated from German "what parental love now" could be an add for a parenting organization or a public service announcement or a church or something else.

This is getting to be a very tiresome situation with these hastily titled articles and the repeated slams against one people or country or another. It definitely seems to be time for whomever is in charge of this site to clean the staff house up and get people in with some common sense on board who can think and see more clearly and not use the site as a podium for their own twisted and bigoted views on the world.
Reply
0

Internet vigilantism is on the rise. So far, digital avengers have more or less limited their activities to shaming and exposing pedophiles, con men and giant douchebags. However, one can easily see a future where the moral-minded folks dish their harsh citizen justice out on anyone who steps outside the tight parameters of their idea of acceptable behavior