These are some of the loveliest princesses from all over the world. There is no one winner in this bunch, they are all royally beautiful. 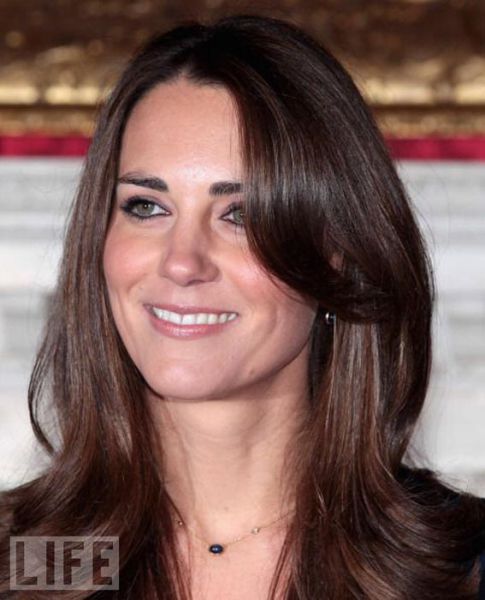 When lovely Kate Middleton weds Prince William on April 29, she likely will become England's newest princess, according to reports. But she won't be the world's only pretty princess. Whether they hold any actual power or not, attractive real-life princesses can be found all over the globe, giving 4-year-old girls everywhere hope that they, too, could one day wear a crown.

Future Queen of Spain, the wife of the heir apparent to the Spanish throne is a former TV anchor. 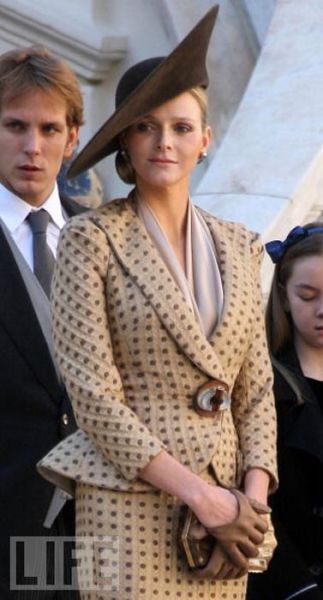 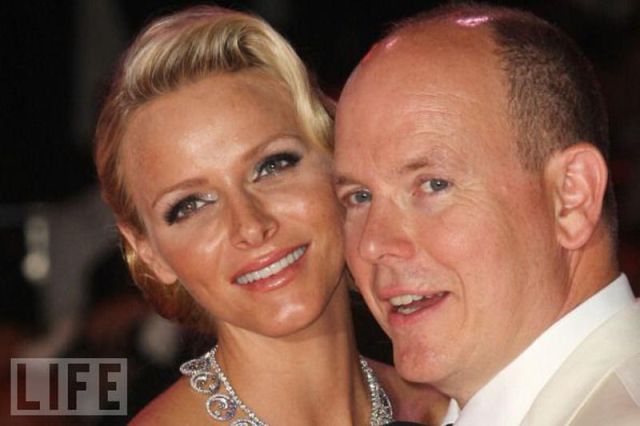 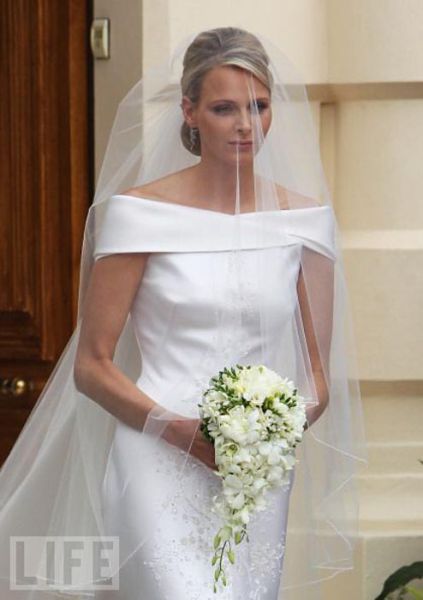 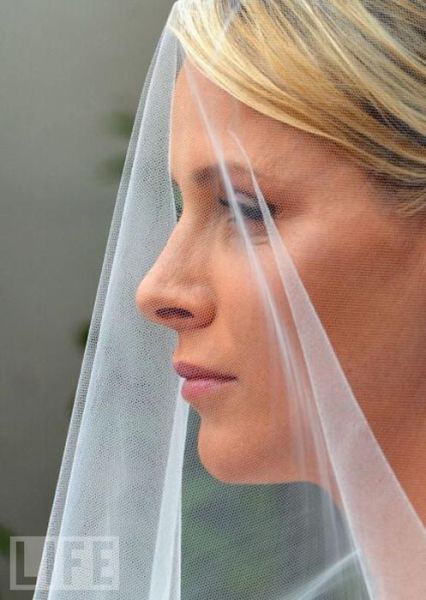 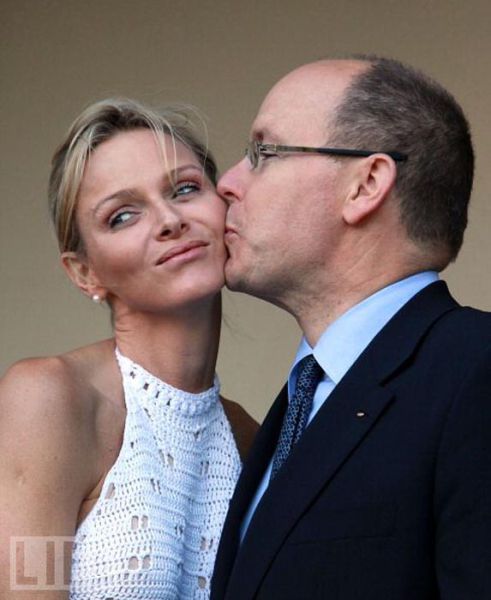 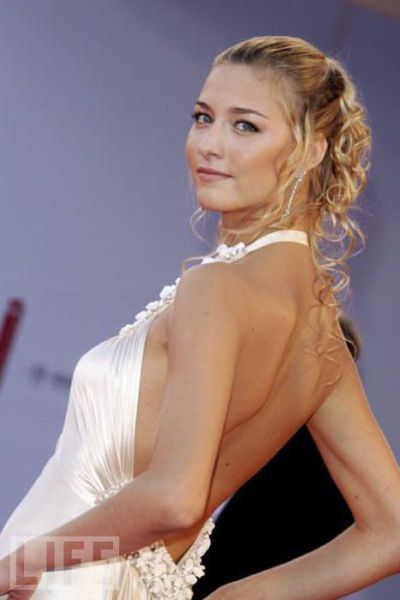 Future Princess of Monaco. The Italian model (and daughter of a count), Borromeo is generally acknowledged as the girlfriend of Pierre Casiraghi, the nephew of Prince Albert II, and third in line to the throne of Monaco. If she were to marry Pierre and he ascended the throne, she'd be the new princess of Monaco. Of course, that's a big if. 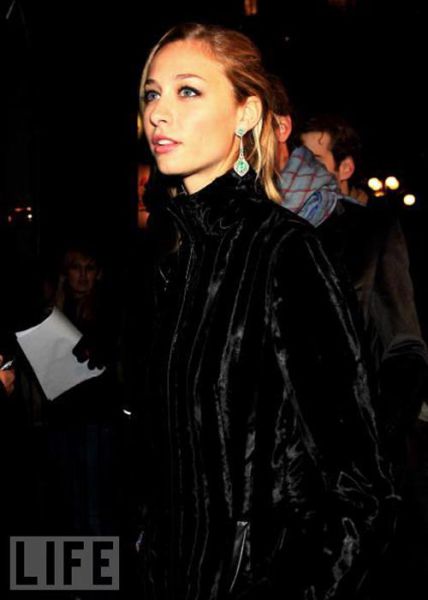 As a model, Borromeo leads a pretty charmed life anyway. Potential Princess of Monaco. Charlotte Casiraghi, Pierre's sister and daughter of Princess Caroline, is fourth in the line to the throne of Monaco, but she's not technically a princess right now. 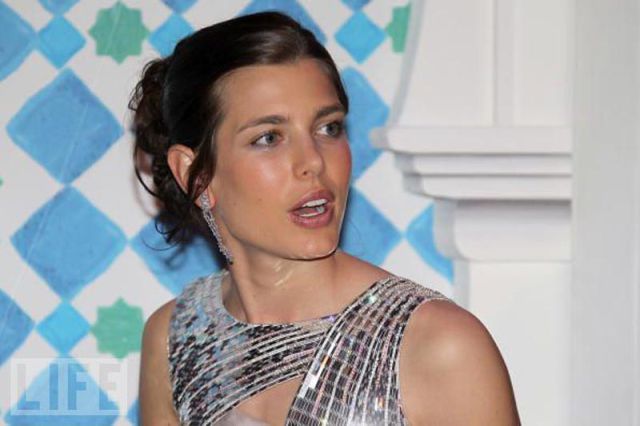 Though she's a private citizen, Casiraghi is honorary head of Monaco's horse-jumping organization, so she's got that going for her. 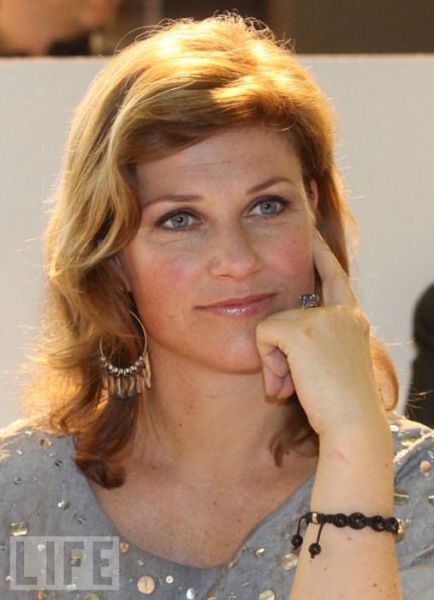 Princess Martha Louisa of Norway signs her book Discover Your Guardian Angel at a book signing. 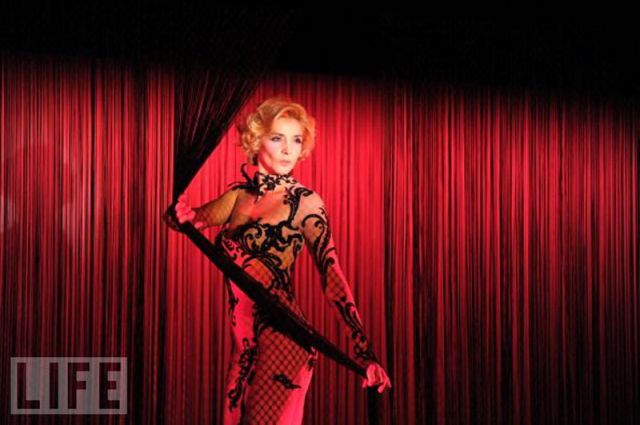 French actress Clotilde Courau, wife of Italian Prince of Venice and Piedmont Emmanuel Philiberto de Savoie, was an acclaimed actress before she wed the prince in 2003. 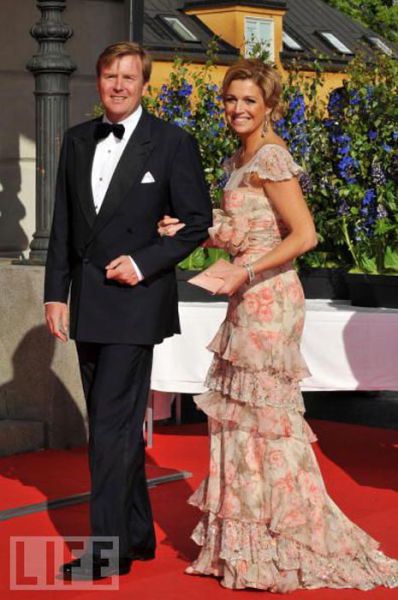 Future Queen of the Netherlands. Princess Maxima is married to Crown Prince Willem-Alexander, heir apparent to the Dutch throne. 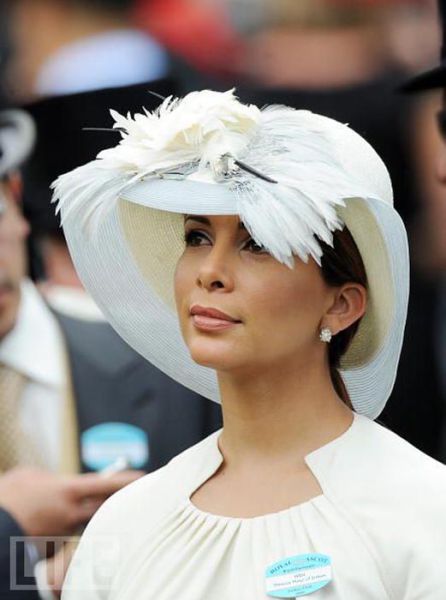 The daughter of Jordan's king, here watching the races at Ascot, England, is also the wife of Sheikh Mohammed bin Rashid Al Maktoum, the ruler of the emirate of Dubai. 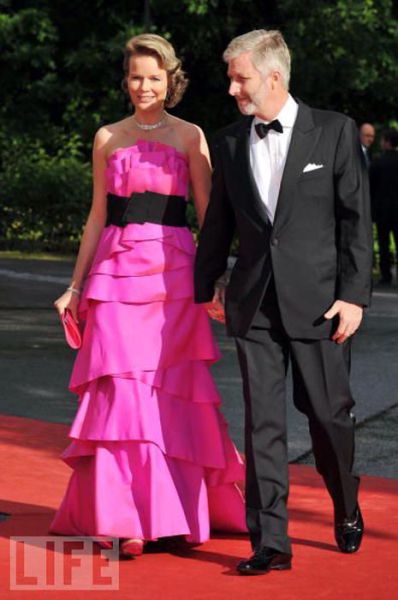 Belgium's Future Queen. Princess Mathilde of Belgium, wife of Prince Philippe, the heir apparent to the Belgian throne, is also a descendant of Polish nobility. 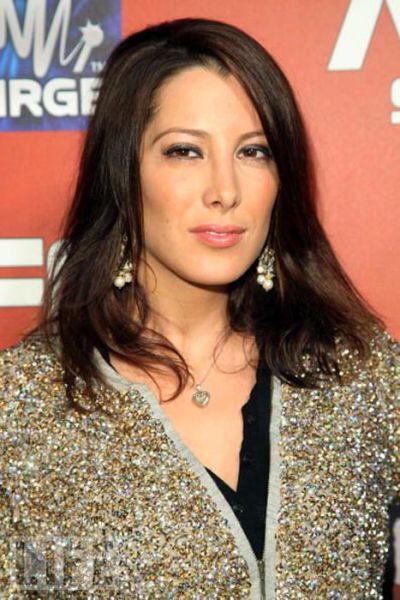 The daughter of Prince Adam Czartoryski Borbón and cousin to King Juan Carlos I of Spain, Czartoryski-Borbon is an athlete and model, and once hosted a Thai kickboxing show. 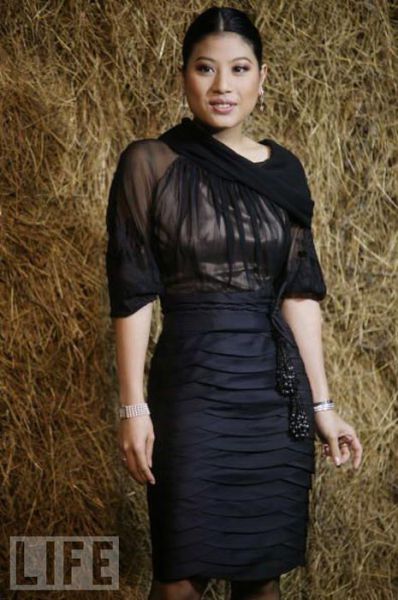 The only daughter of Thailand's Crown Prince Maha Vajralongkorn is a competitive badminton player and has started her own fashion line. 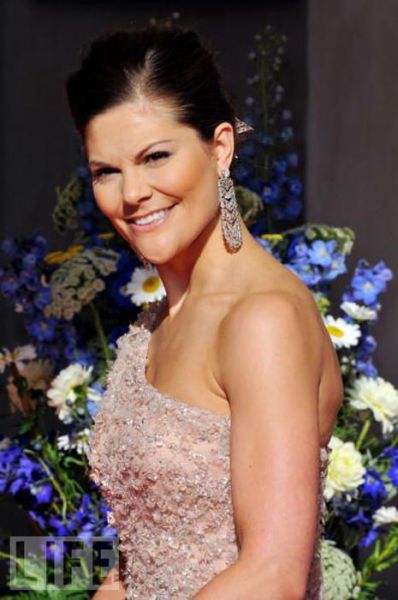 Future Queen of Sweden. Princess Victoria is the heiress apparent to the Swedish throne. In August 2011, the palace confirmed that she was expecting her first child -- the future king or queen of Sweden. 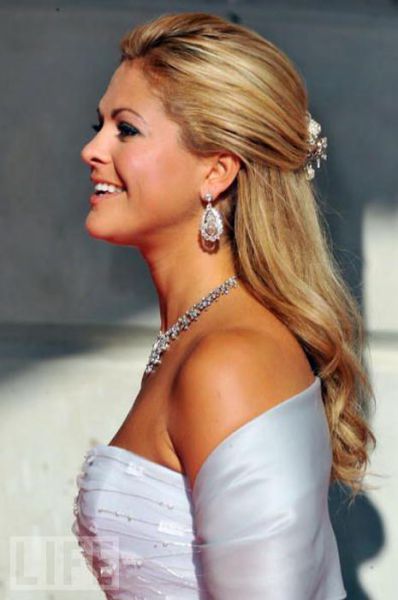 The second daughter of King Carl XVI Gustaf and Queen Silvia of Sweden, Princess Madeline is renowned for her love of horseriding.
21 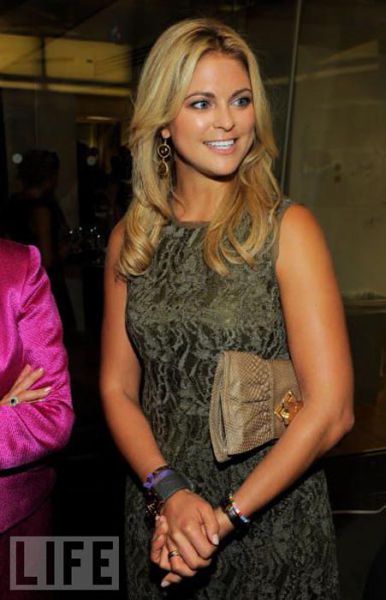 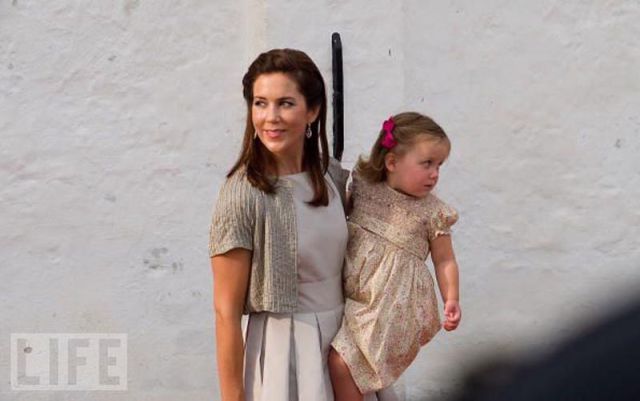 The Australian-born wife of Frederik, Crown Prince of Denmark, Princess Mary (here with daughter Princess Isabella) met her husband, the Danish heir apparent, in a pub during the 2000 Sydney Olympics. 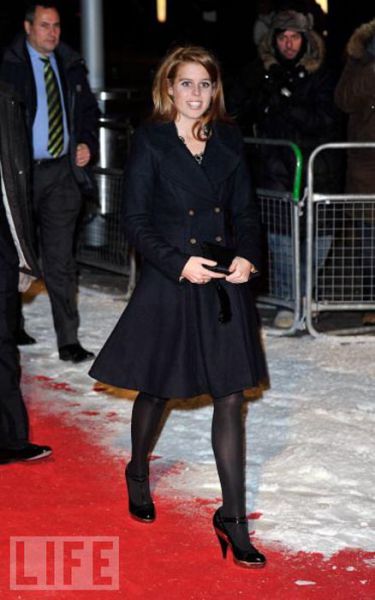 Princess Beatrice also happens to be fifth in line to the throne.

Eugenie is sixth in line to the British throne. 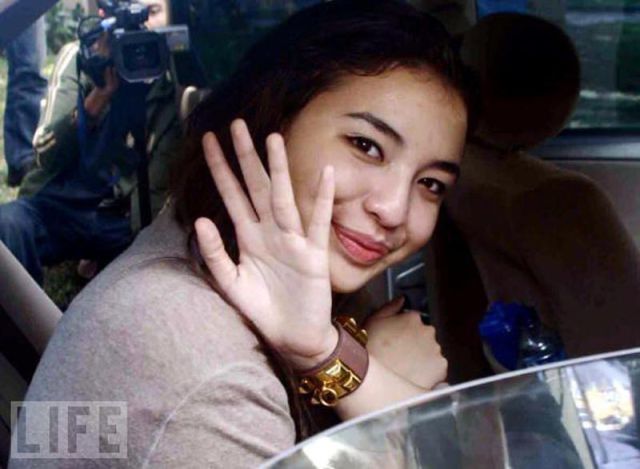 An American-Indonesian model, Manohara Odelia Pinot is in the process of divorcing her husband, Prince Tengku Muhammad Fakhry, whom she accuses of abusing her. The prince won a defamation suit against his estranged wife (whom he married when she was 16), but the controversy continues.

. . 9 year s ago
Crown Princess Mette Marit of Norway is not there! She is a real beauty :)
Reply
0

Fenrisulven 9 year s ago
#12 Oh no... It's so embarrassing (the angel thing).
Crown Princess Mette Marit of Norway is a funny one. In photos she doesn't look that good, but when I saw her with my own eyes, I almost fell in love. So, she is not too photogenic.
#8 I didn't know her before, a real hottie!
'
Never underestimate the power of large crowds, of stupid people.
Reply
0

rob12 9 year s ago
what is it with england and ugly women? 60 million people and you produced what, 100 good-looking women?
Maybe u should check your water or your diet caus something is wrong over there
Reply
0

Phil 8 year s ago
So true! A long time ago there was a "story" in the Weekly World News tabloid with the headline "Scientific Study Confirms - English Are The World's Ugliest People!" I had this posted in my office and every English person I worked with who saw this would either get a little mad and then agree completely or laugh hysterically and agree completely!
Reply
0

Alkhoren 9 year s ago
lmfao that was so wrong yet funny. Yet wrong. Yet, well you get the point.
Lots of hot ones indeed.
Reply
0

Tom 9 year s ago
@rob12 you're absolutely right. Lucky me my fiancee is not British :)
Reply
0

Jayzen Freeze 9 year s ago
I wouldn't touch #24 with your dick. lol
Reply
0

marco 9 year s ago
Years of imbreeding have resulted in Princess Beatrice.

What a horror show.
Reply
0