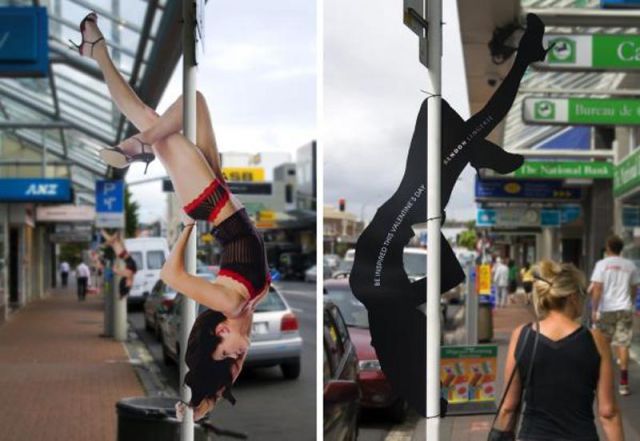 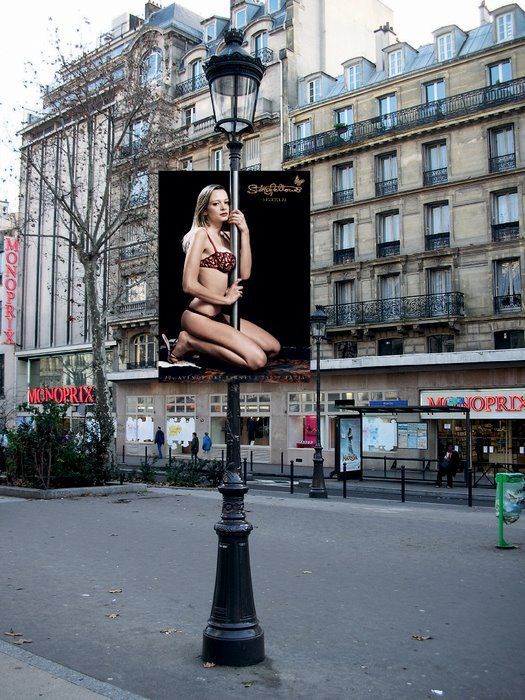 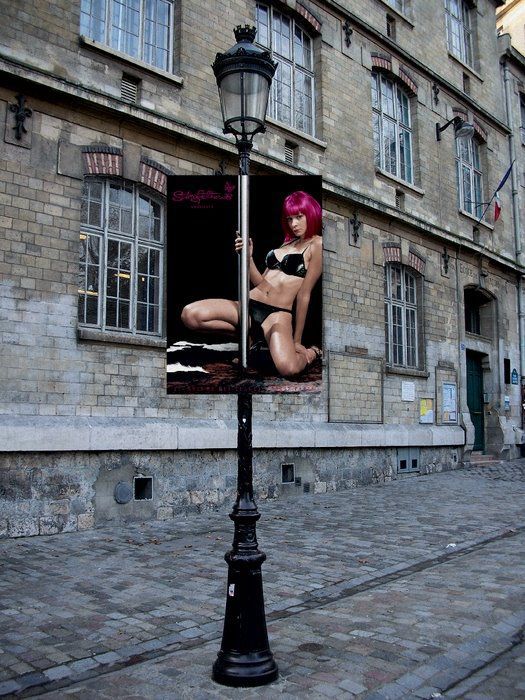 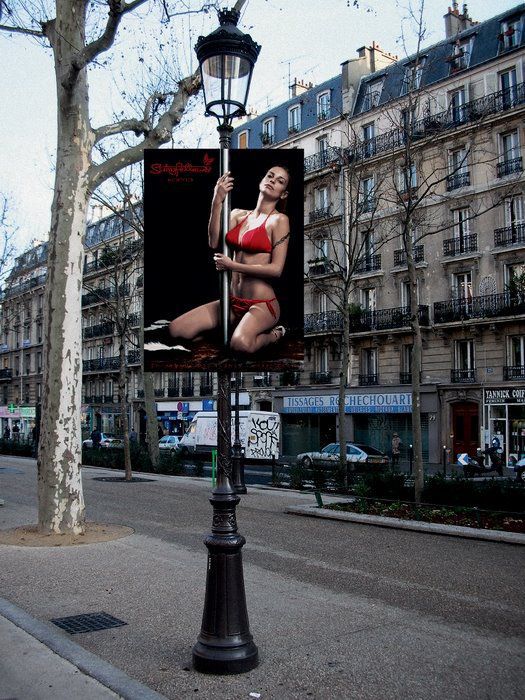 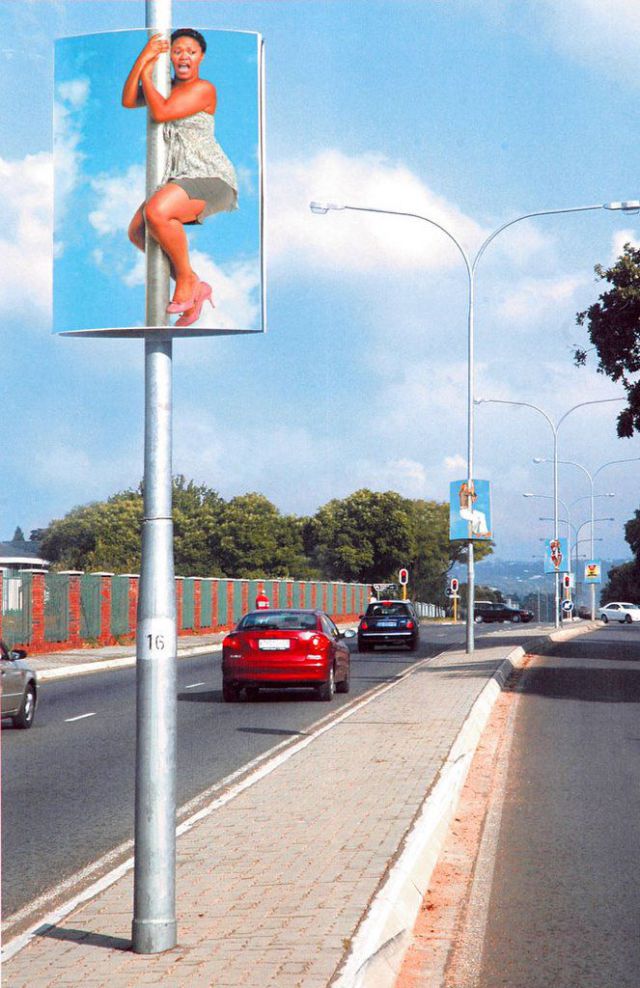 This genius idea is meant for a company that manufactures anti-rat products. 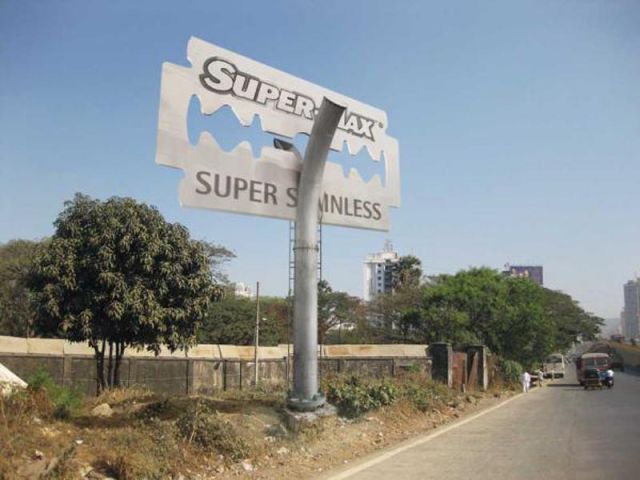 The Indian department of Publicis Ambience has placed these billboards along the roads of Mumbai.

Zwilling knives can even cut a street pole. 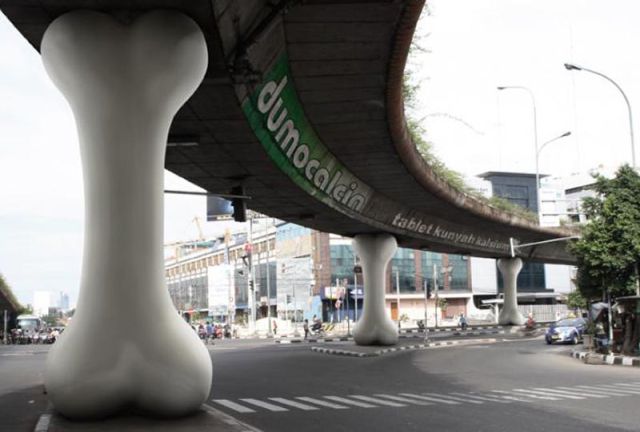 Teeth You Can Tear Off 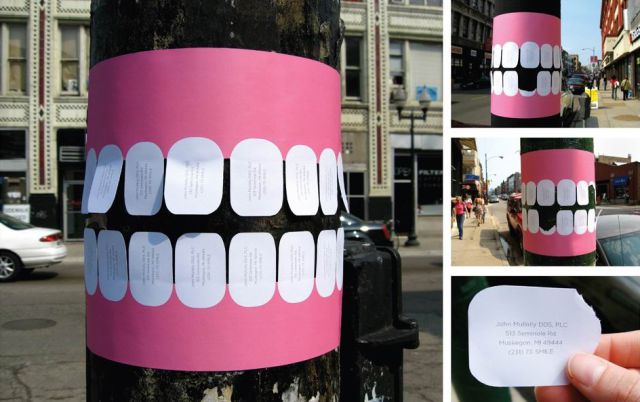 Dentist John Mullaly advertised his services by posting tear-off flyers that looked like teeth with the telephone number. 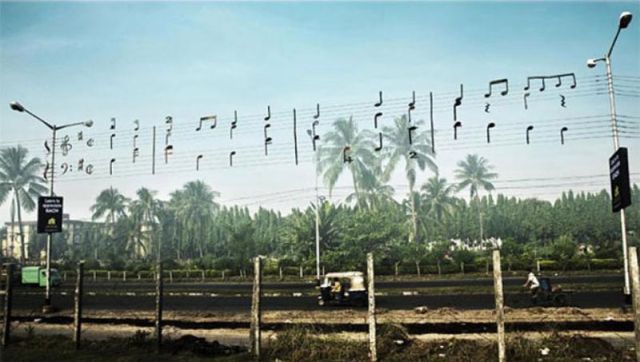 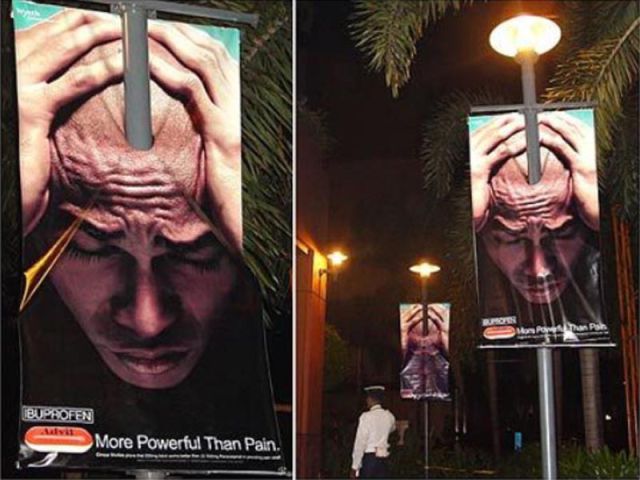 Gibbets on the Road 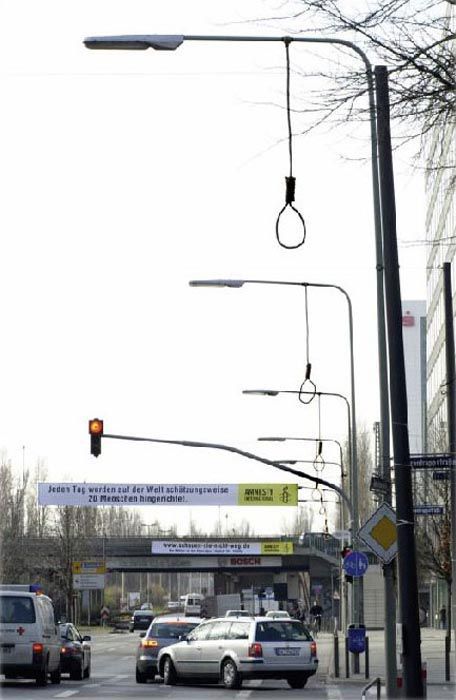 The poles in Germany were turned into gibbets during the Amnesty International campaign. 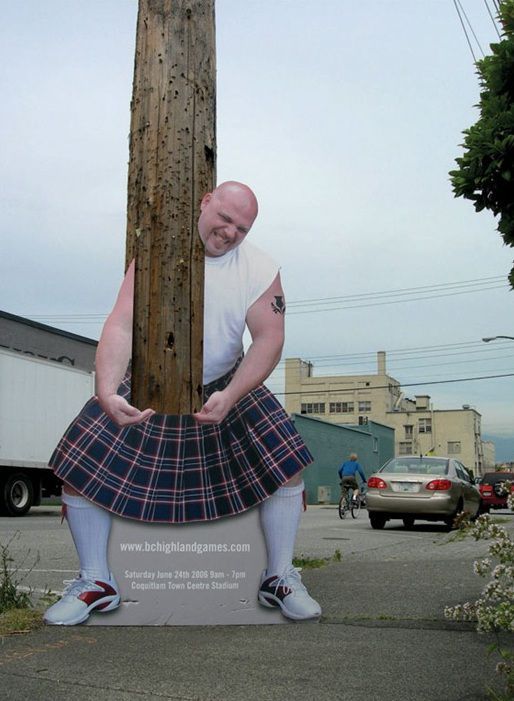 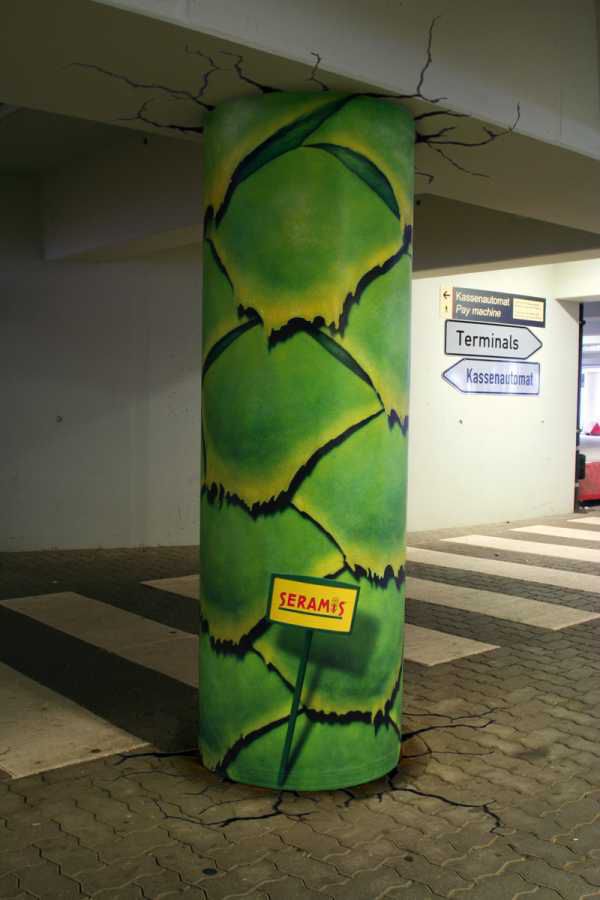 The poles and pillars were turned into bamboo sprouts, palm trees and cactuses during the advertising campaign for the fertilizer manufacturer Seramis. 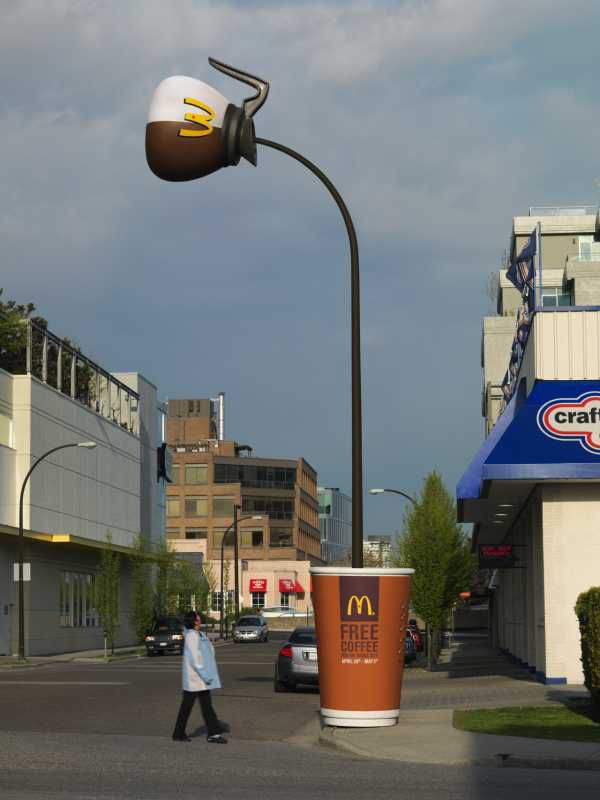 This pole was turned into a clever Coffee ad for McDonald’s. 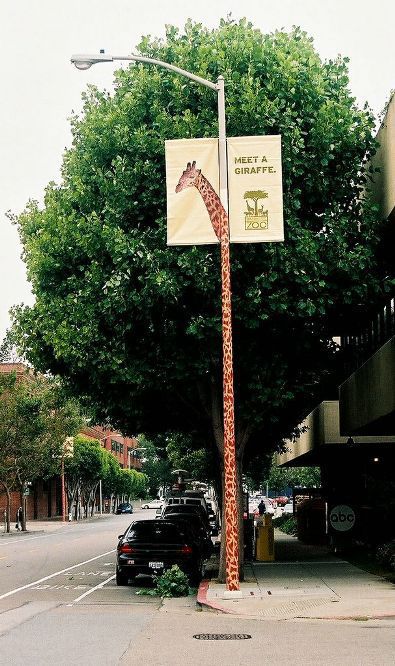 This fun light pole ad called “Meet A Giraffe” was made for San Francisco Zoo. 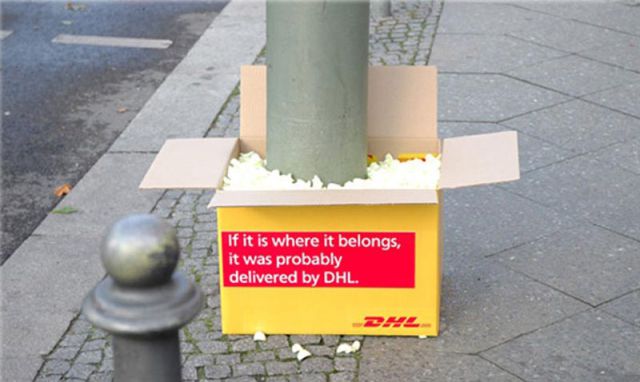 “If it is where it belongs, it was probably delivered by DHL”.

Body as a Pole 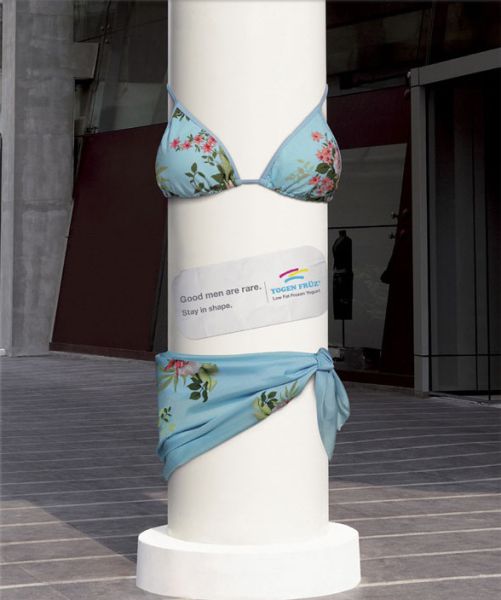 Shirts for Any Body Shapes 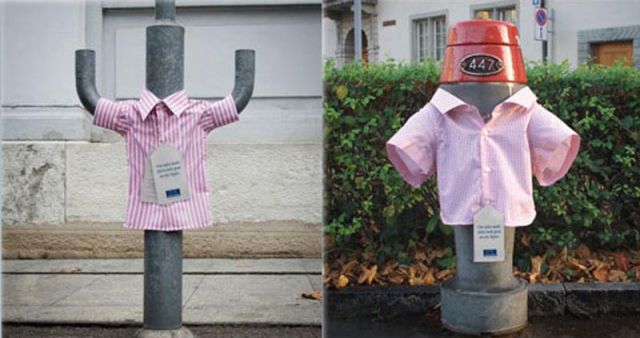 Artesanos Camiseros promotes its tailored shirts for people with unusual and problematic body shapes in Switzerland. 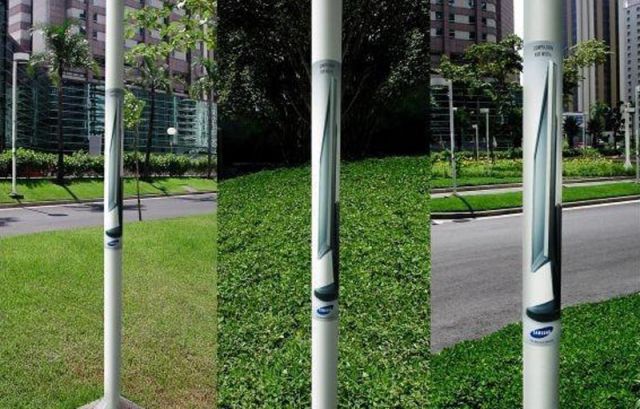 Samsung TV sets are so thin they fit on light poles in Brazil.