Check out these real life images of wild antelopes crossing a river and some helpful hippos. 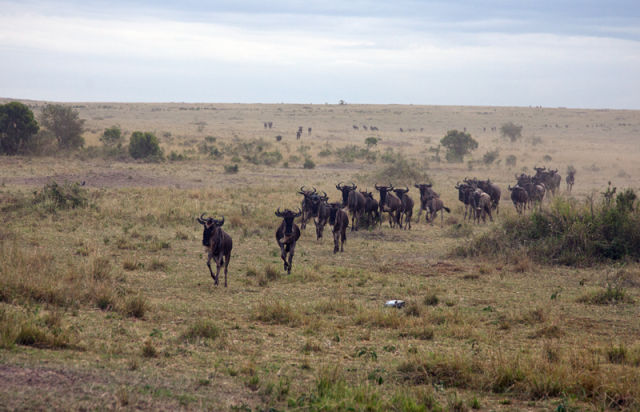 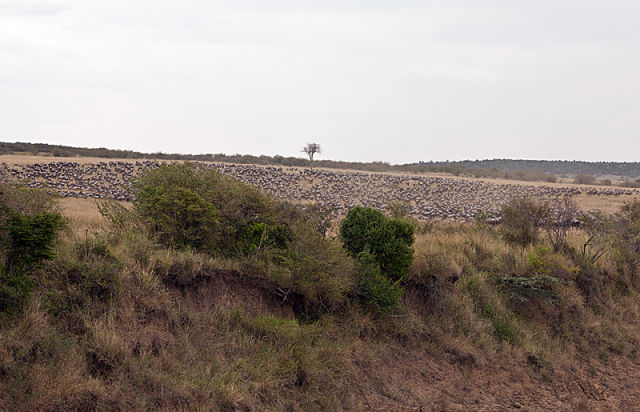 While crossing a river many wild animals end up being killed. Their own herd tramples some of them, while predators kill others. 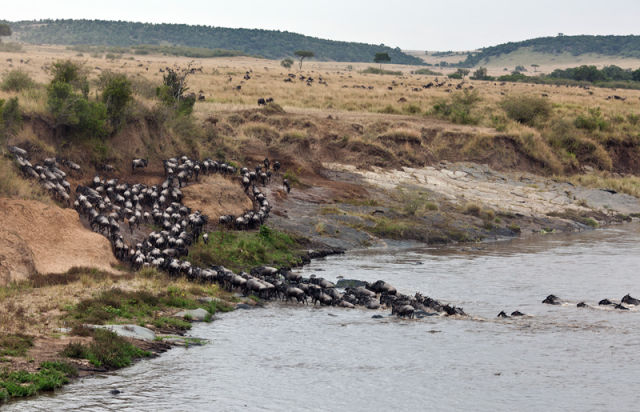 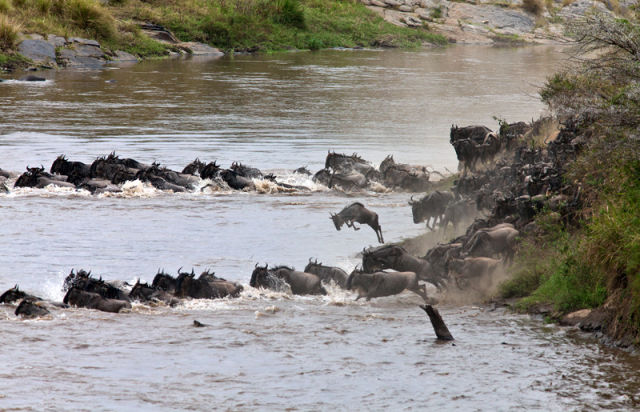 When this young antelope was crossing the river a crocodile suddenly grabbed her leg and tried to carry her off in the water. However, the shallow water gave the antelope an opportunity to survive the attack. 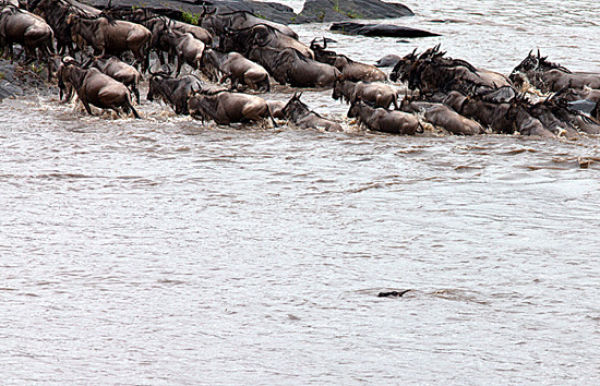 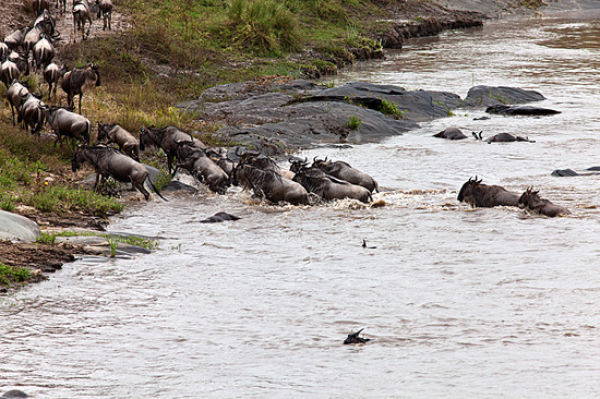 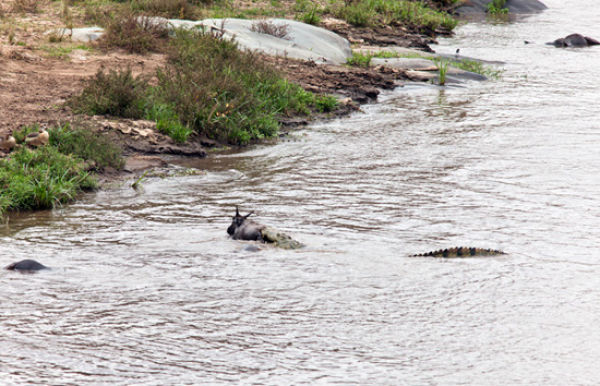 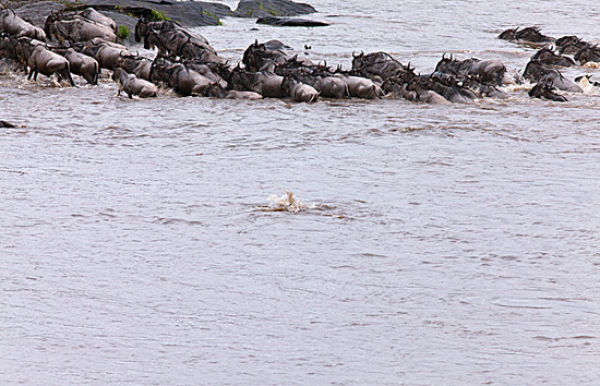 The antelope mother was expecting her child to make it to the beach. 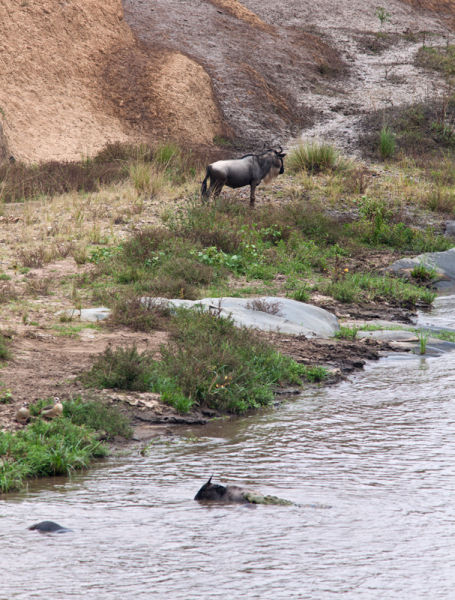 Unfortunately, the fight lasted about 15 minutes causing the antelope to weaken, but it did not give up. This situation would never happen to the true master of the river - the hippo. 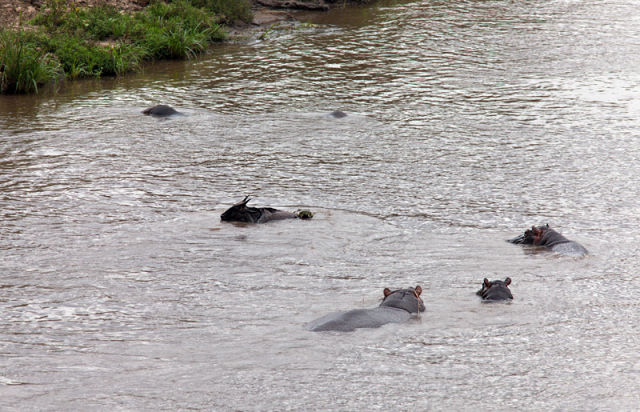 In this part of the river there were about 10 hippos who at first ignored the fight, but then suddenly decided to intervene. 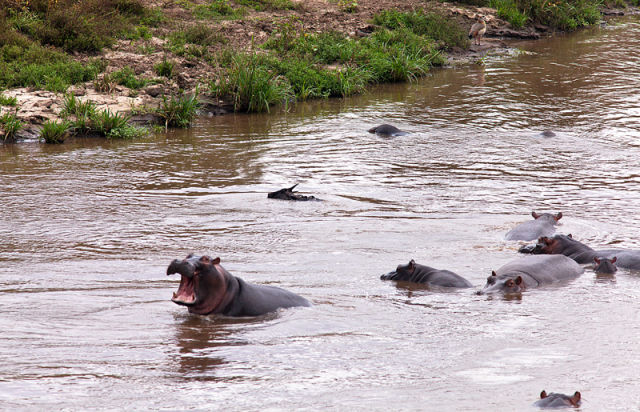 The closest hippopotamus approached the antelope and began to help it to the riverbank. 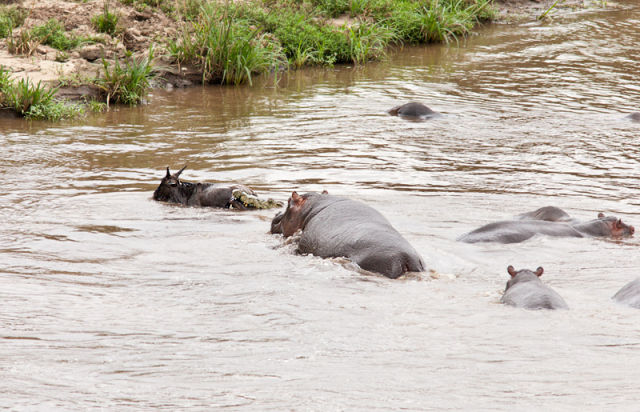 The hippo snapped its teeth and tried to trample the crocodile. The crocodile decided not to risk its own life and let go of its prey. 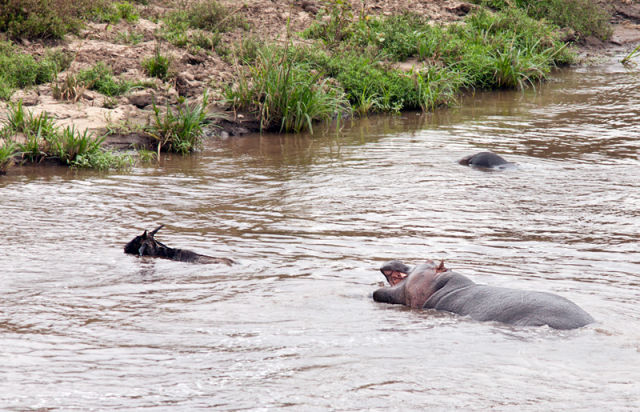 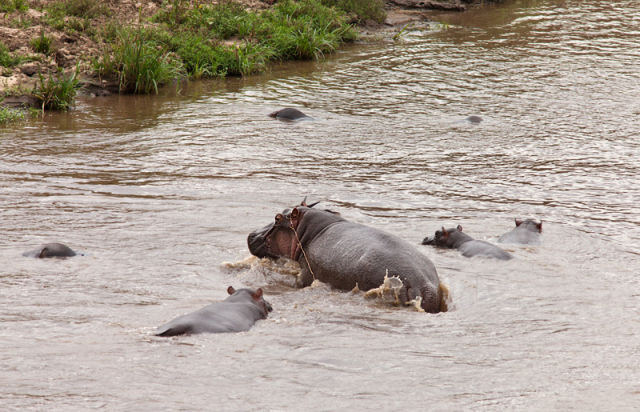 By this time the antelope was completely exhausted. She reached the shore, got stuck in the mud and could not dislodge herself from that position. 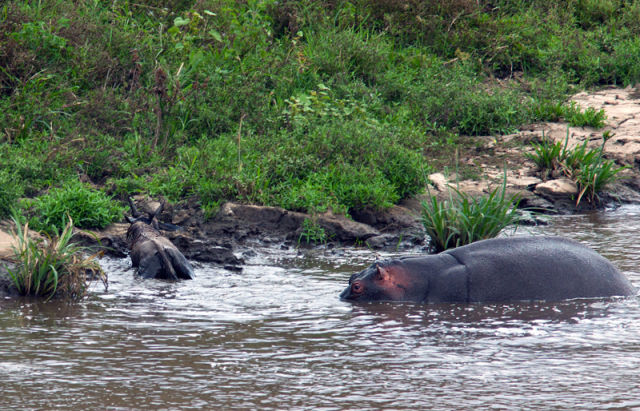 Amazingly, the hippo swam to the antelope and tried to push her to the shore. The antelope could not get to the shore even with the help of a hippopotamus. It is likely that the crocodile inured her. 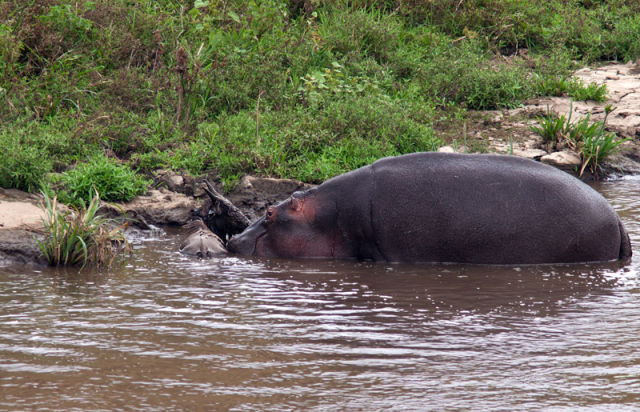 Unfortunately, no one knows the fate of the antelope. 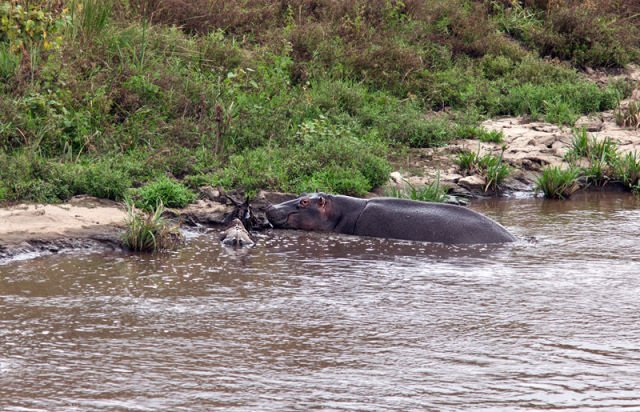 speedyteez 9 year s ago
those are buffaloand not antalope.
Reply
2

cannonball 9 year s ago
I don't think those are antelopes or buffalo, but wildebeest.
Reply
1

HennieB 9 year s ago
Those are Wildebeest
Reply
0