This Is Where the Money Is Made (17 pics)

While money does not grow on trees it is spit out of huge machines deep inside the fortress that is the Bureau of Engraving and Printing. See these detailed photos of how legal tender is made, and what $6.4 million in twenties looks like. 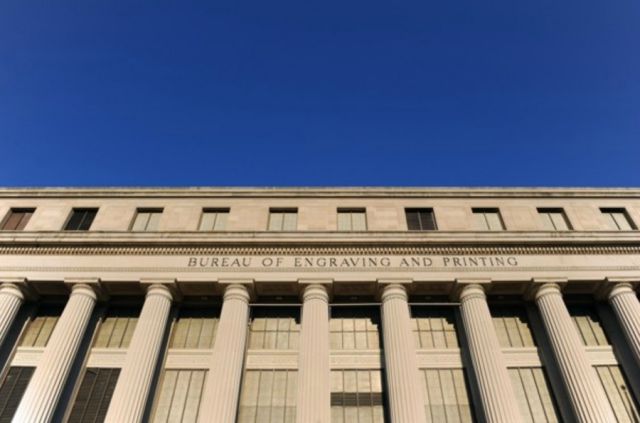 This is where the money comes from: the U.S. Bureau of Engraving and Printing. 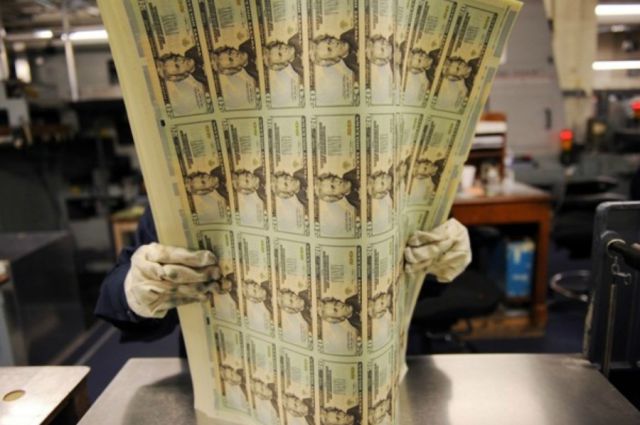 A book binder uses a vibrating table to bind sheets of $20 bills. 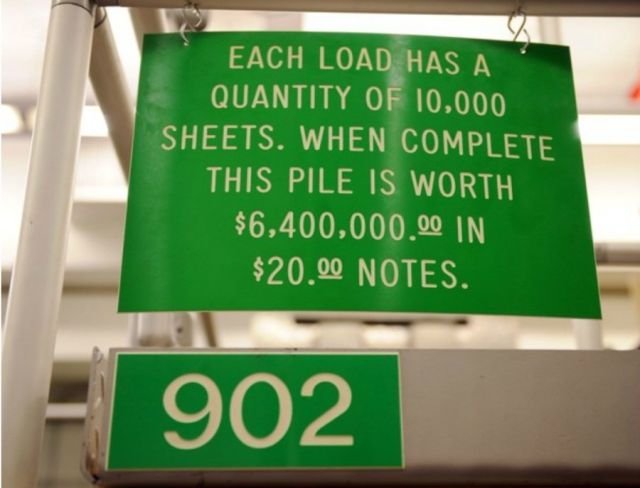 A sign reads the value of the money in each stack of packaged $20 bills. 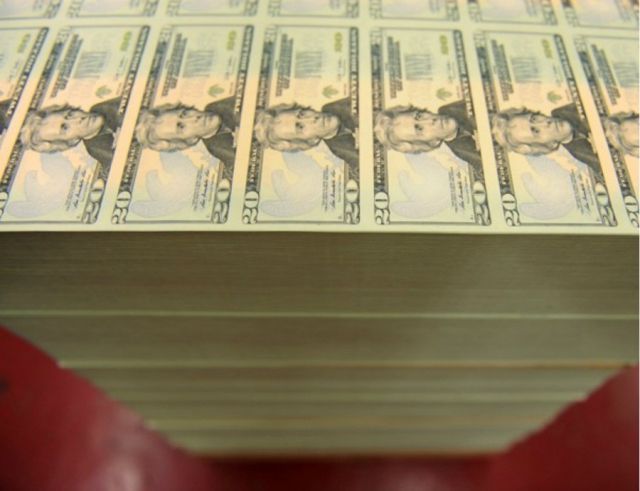 A stack of $20 bills consisting of 10,000 sheets, which after a federal and Treasury seal are imprinted will be worth $6.4 million, is shown at the Bureau of Engraving and Printing. 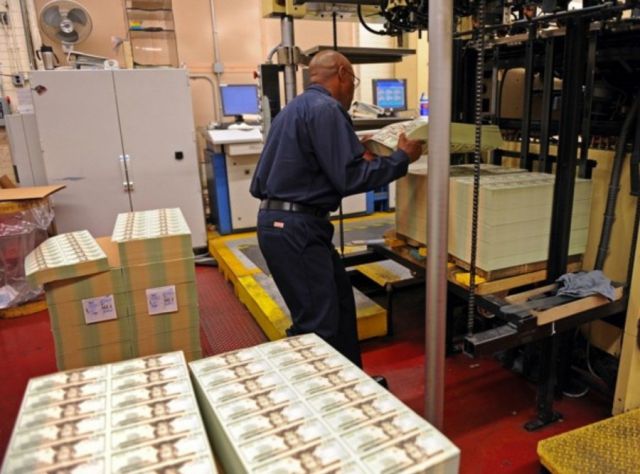 Securities pressman William Bolden loads sheets of $20 bills into the COPE-pak machine for their Treasury and federal seals. “I don’t think of it as money. Right now, it’s just paper,” Bolden says. 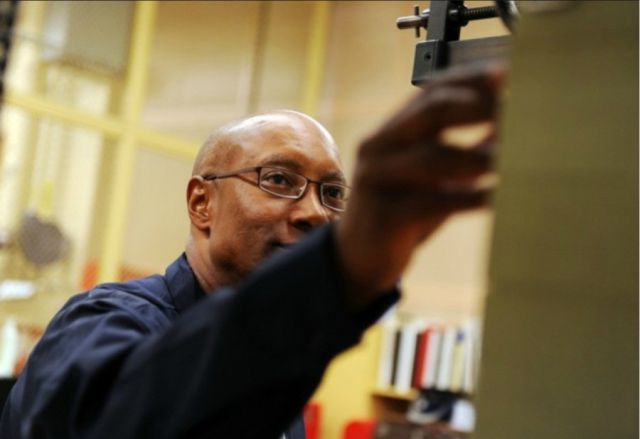 Bolden loads sheets of $20 bills into the COPE-pak machine for their Treasury and federal seals. Bolden is a securities pressman at the Bureau of Engraving and Printing, where he handles millions of dollars a day as he operates the COPE-pak printing machine. 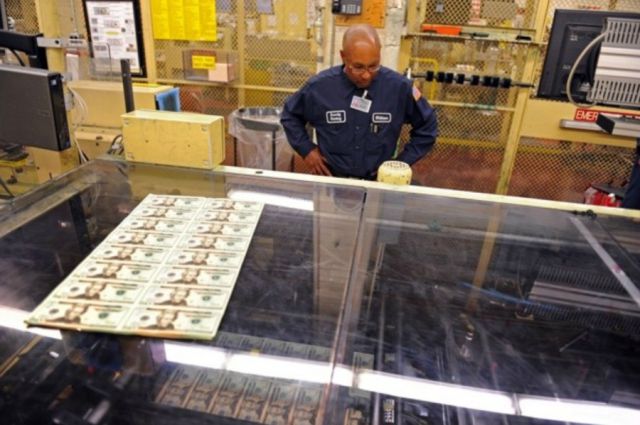 Bolden watches as sheets of $20 bills have the Treasury and federal seals printed on them. His eyes scan for tiny details most people wouldn’t notice, such as whether every word on the seal is readable. “Here, we’re producing a commodity that the country needs and it has to be correct.” 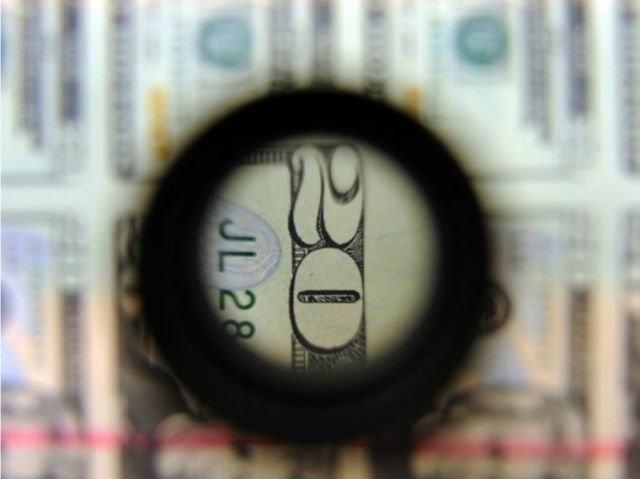 A $20 bill is seen through a loupe at the Bureau of Engraving and Printing. 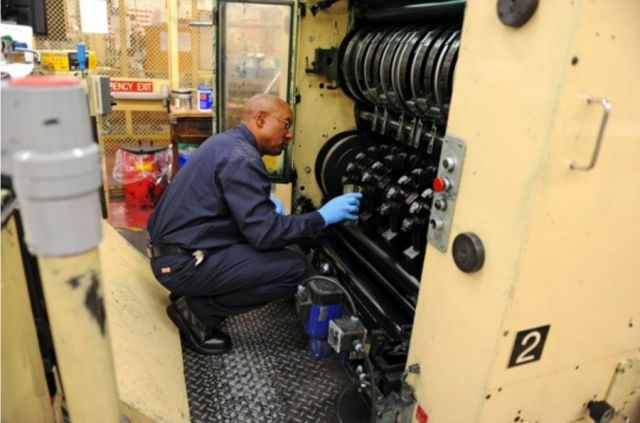 Bolden cleans the federal seals printer on the COPE-pak machine. He worked for 16 years in the CIA’s print shop before coming to the Bureau. 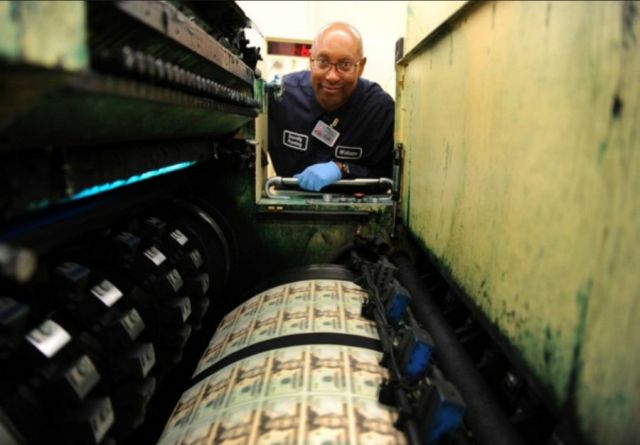 Bolden works with the COPE-pak printing machine at the Bureau. 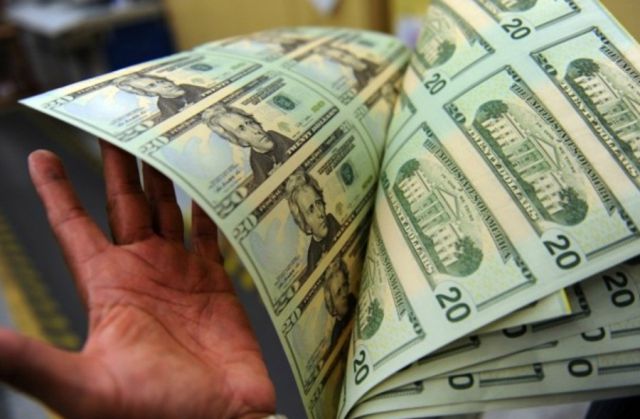 Bolden inspects sheets of $20 bills for imperfections. “I’m proud,” he says, “that I print something that is used around the world.” 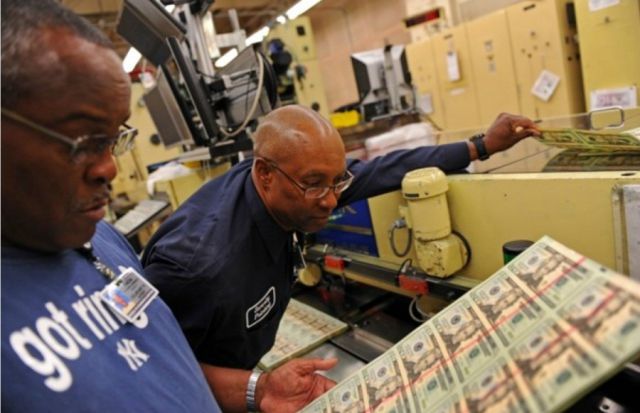 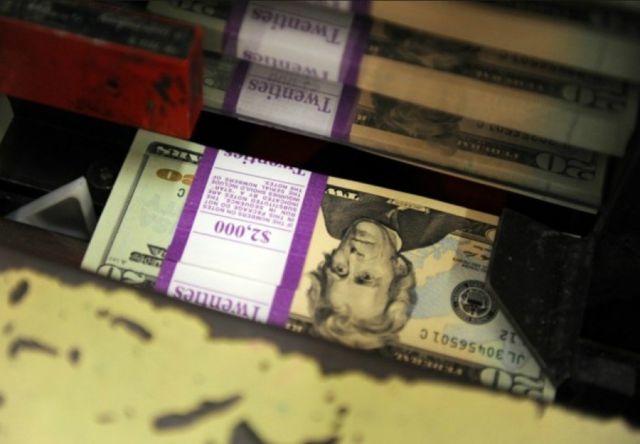 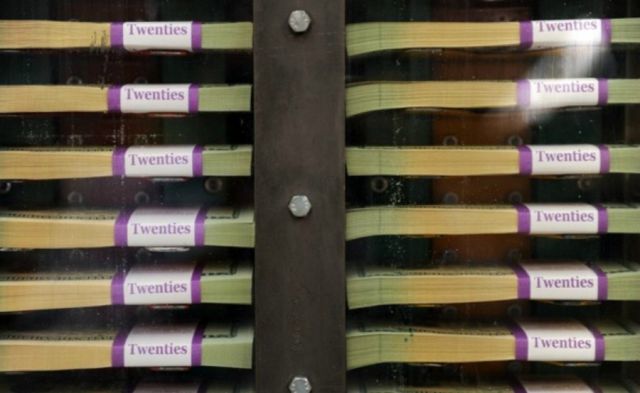 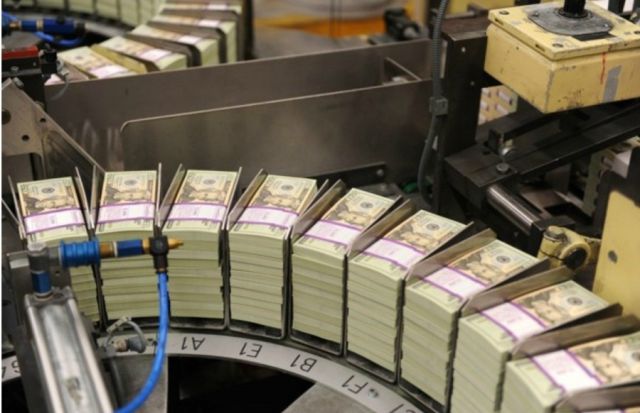 The bills are strong enough to withstand 4,000 double folds — forward and backward — before they tear. 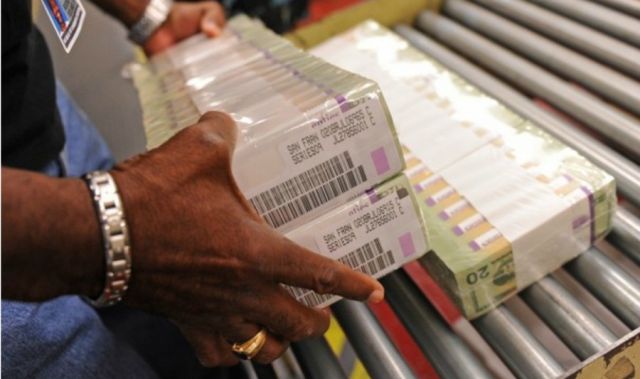 Lydia Washington, a spokeswoman for the Bureau, says there are 1,368 employees at the D.C. facility who in a day might produce $974 million. “We set a global standard in currency production,” she says. “Our currency has never been recalled or devalued.” 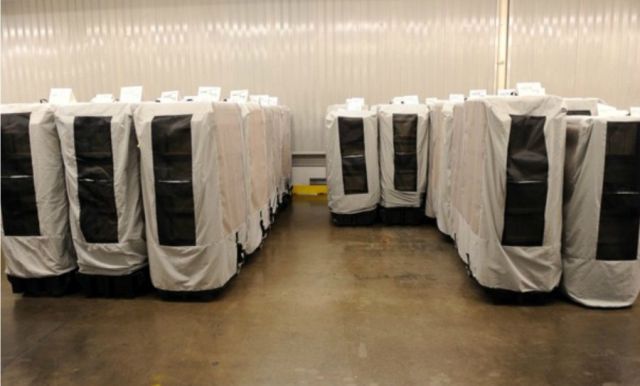 Several millions of dollars consisting of covered stacks of $20 bills are shown ready for shipment at the Bureau of Engraving and Printing.

Klemze 9 year s ago
Thats how you fix the economy, right ?
Reply
0

kainniak03 9 year s ago
it might be worth 6.4 million bucks face value but its only work about 2/3 of that to spend it.
Reply
0

lolzz 9 year s ago
that's not how you fix the economy.. That's how you ruin it even more!!
Reply
1

SuperTard 9 year s ago
it's ALL fake money.

lobo 9 year s ago
Hello America, this is your money that soon will be wasted by corrupted banks.
Reply
0

leanne sullivan 8 year s ago
Y don't they just make more money then and sort the world out :/
Reply