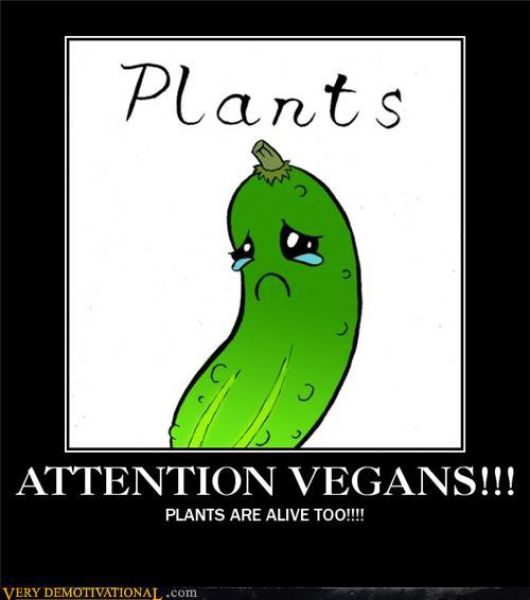 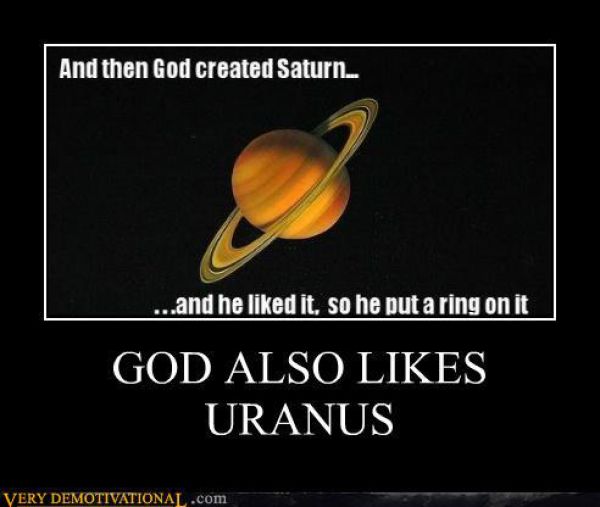 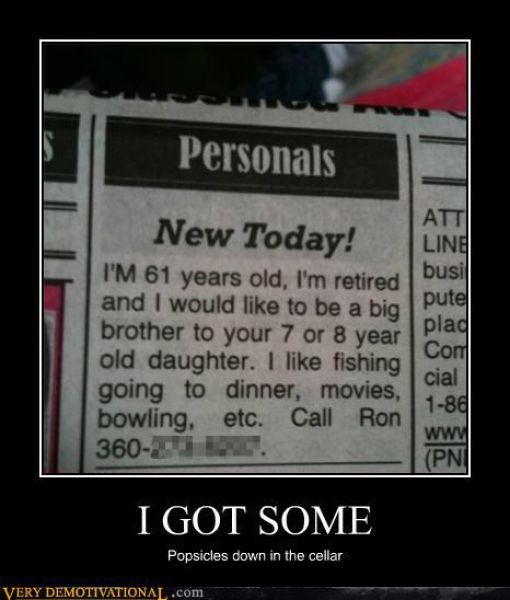 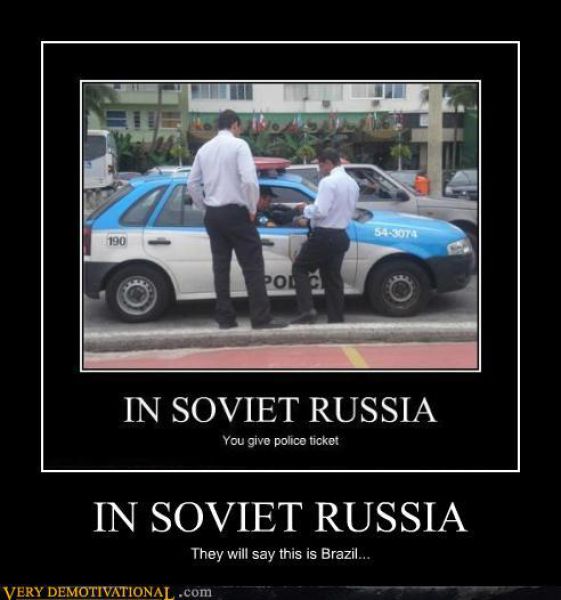 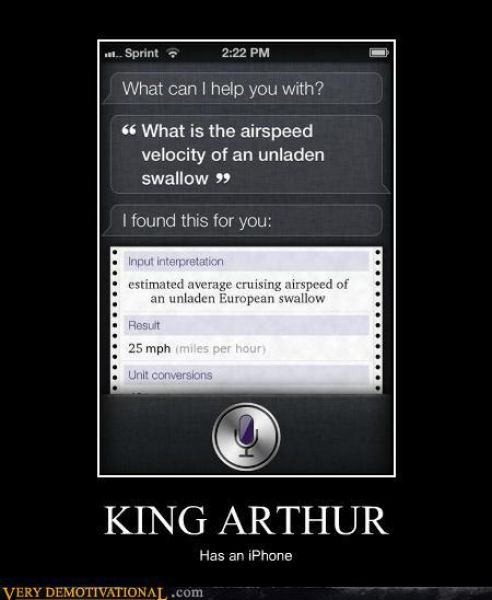 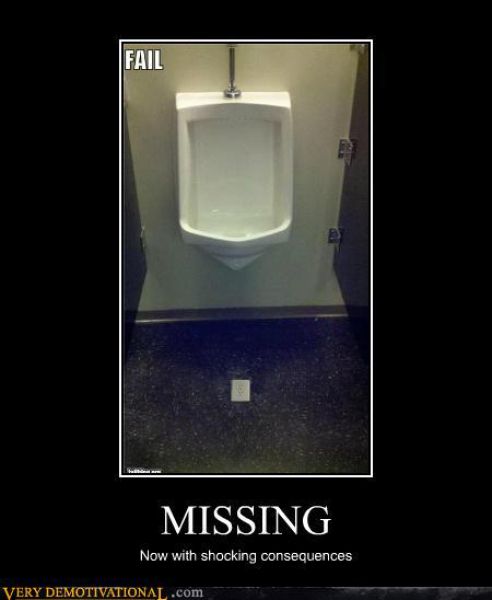 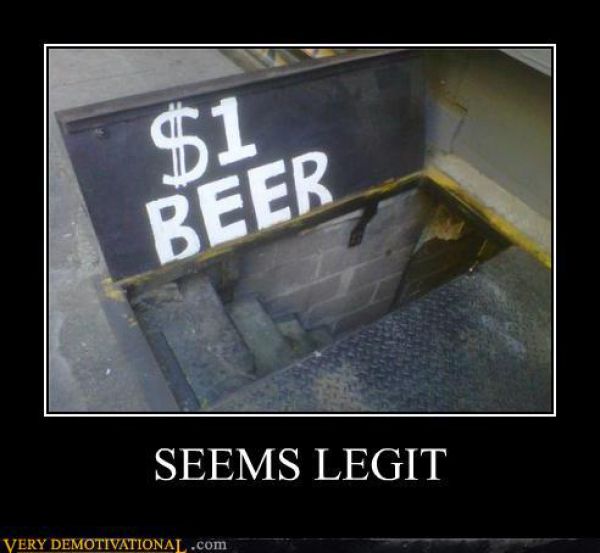 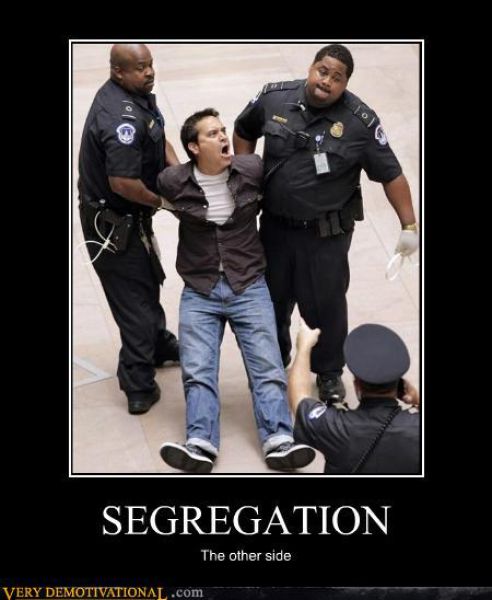 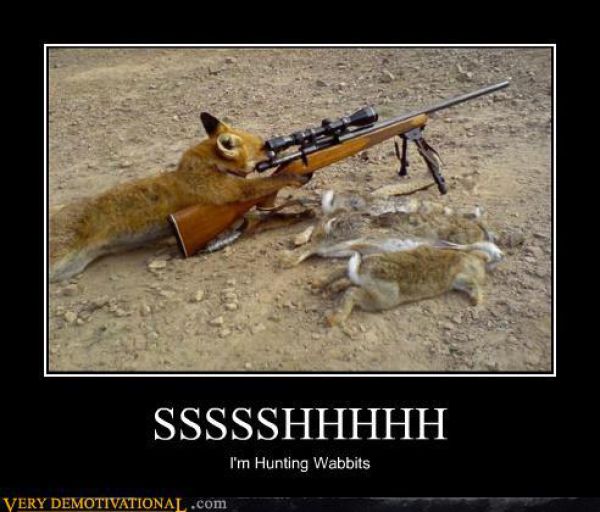 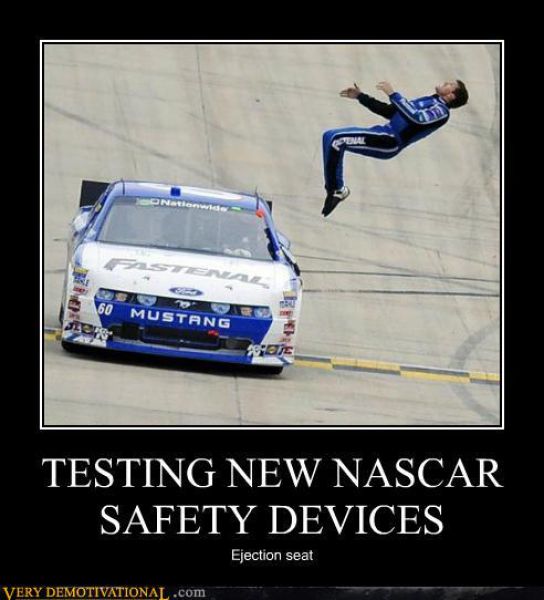 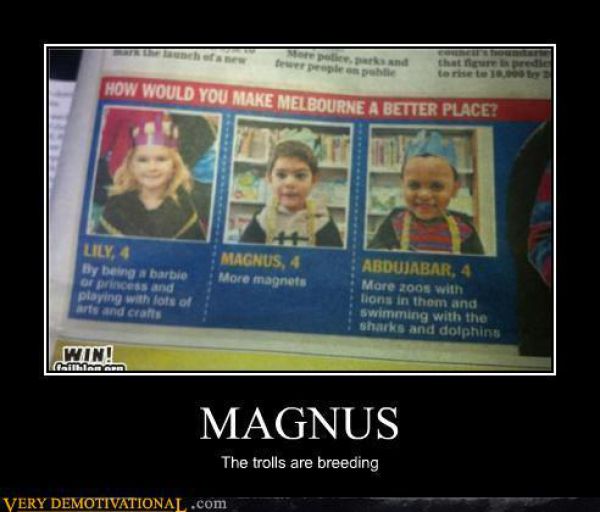 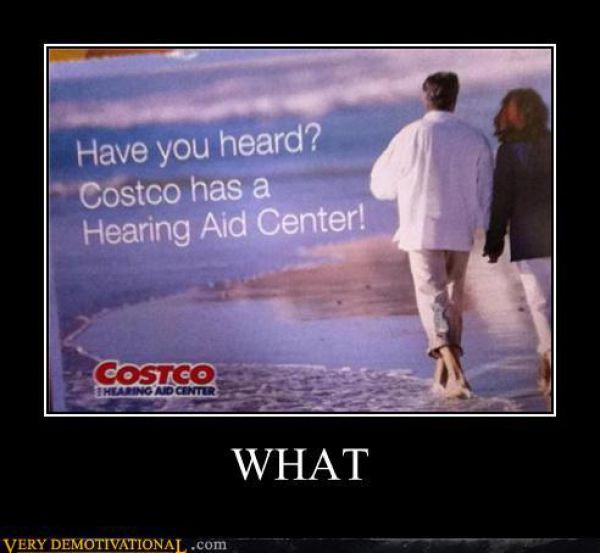 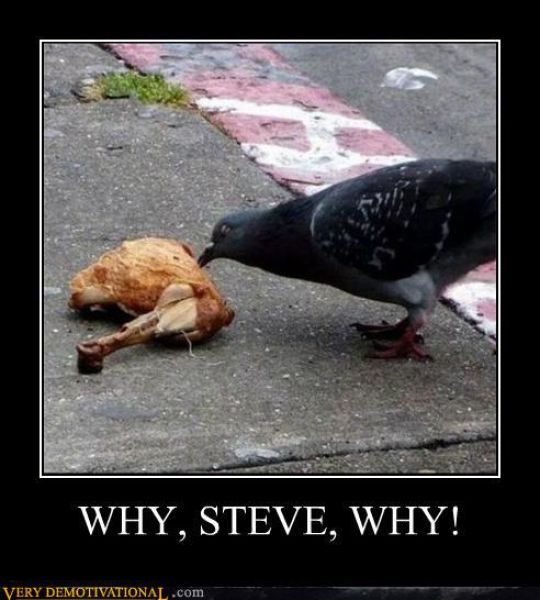 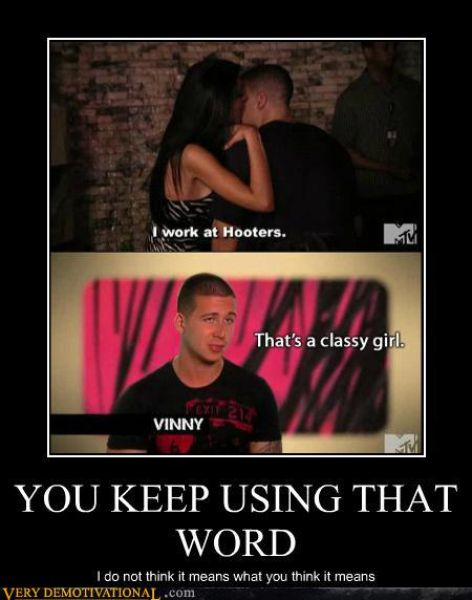 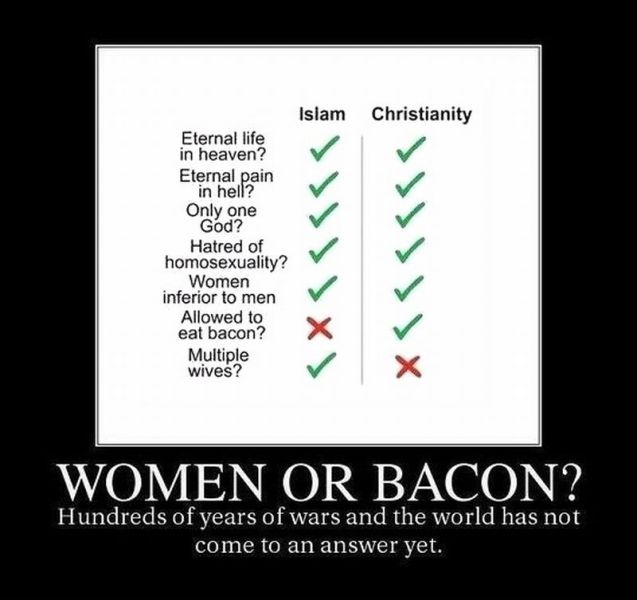 MrTroll 10 year s ago
#16 hmmm bacon or women ... such a hard choice but i think ill go with bacon yaay bacon bacon!!
Reply
1

#16-I choose bacon. Who in their right mind wants multiple wives when one can make life a living hell. Rent hookers if you want a strange peice of tail.
Reply
0

Enter your name 10 year s ago
#16 I believe Islamic religion also doesn't allow the consumption of beef, not sure, too lazy to wiki it.
Reply
0

supersayamuslim 10 year s ago
LoL, Muslims are allowed to eat Beef, we muslims love beef, DUDE, you don't learn about some religion from WIKIPEDIA, you take the holly Book and learn it, I need to correct that poster, in Bible, i see 3 Gods, Son of a God, who aint God called God, His father who menage to produce son of a God who aint God still called God and still not (father) the God, and Holly spirit The God, made out of those two Gods aint Gods still called Gods, ( and even in Bible Jesus states, I'm not God, please don't compare me with God ) that's because he is Gods Messenger, and Bible is just inverted (changed ) Islamic Holly Book called Indzil, ...that's all...
Multiple women are just option, Christians cheat the fuck out of their wifes, muslims do it Legit :D.. like a Boss :D
Reply
0

orendadude 10 year s ago
Holy fuck dude, give it a rest. There is no fucking god!! There is neither the one in the bible or the one you claim to beleive in who probably was just a funny looking turd that fell out of a camels ass a thousand years ago. Besides you need multiple women in order to increase your odds of actually satifying one!
Reply
0

thx4sharing 10 year s ago
#16, that explains why so many religious wars are fought. That's a hard decision to make!
Reply
0

Mr Atheist 10 year s ago
Or you could just be an atheist and do both.
Reply