Sometimes things are not what they appear to be. 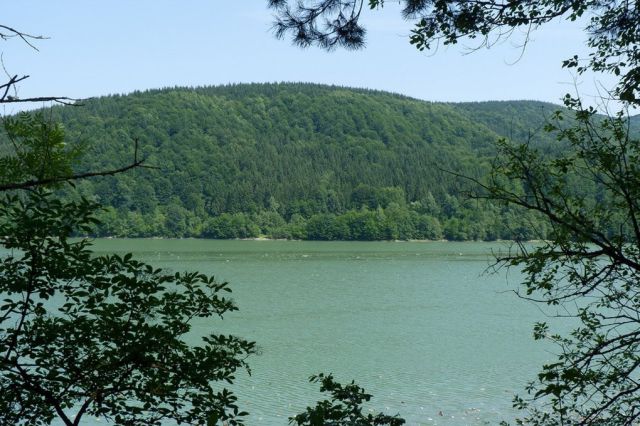 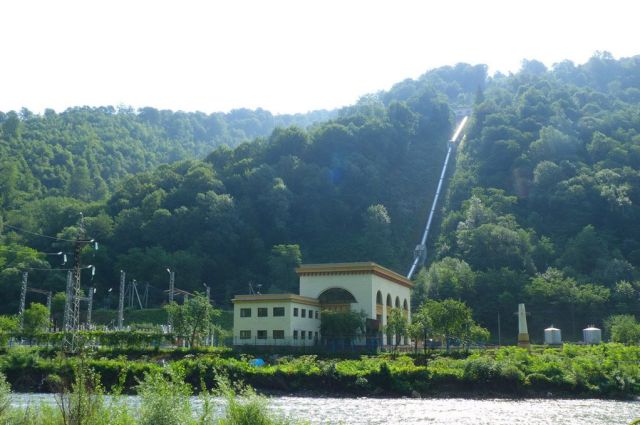 The Tereble-Ritskaya hydropower plant is located just off the Rika River, but the plant siphons water from the nearby Tereblya River via a 2.3 mile long pipe that runs up and over the mountain range. 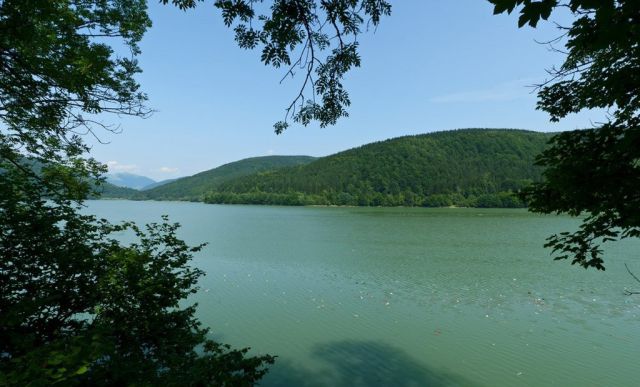 The plant is the reason the Tereblya has a reservoir. 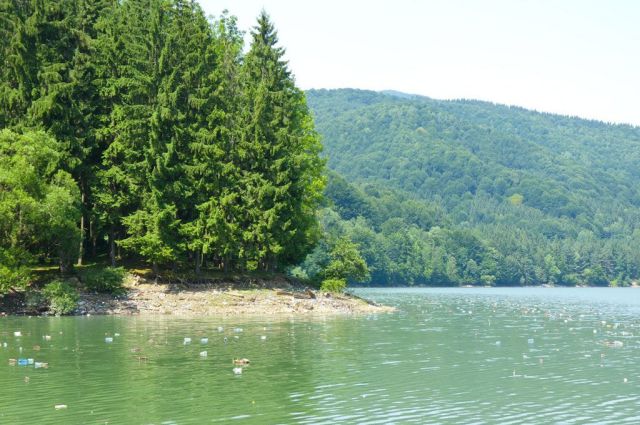 What a gorgeous mountain lake. 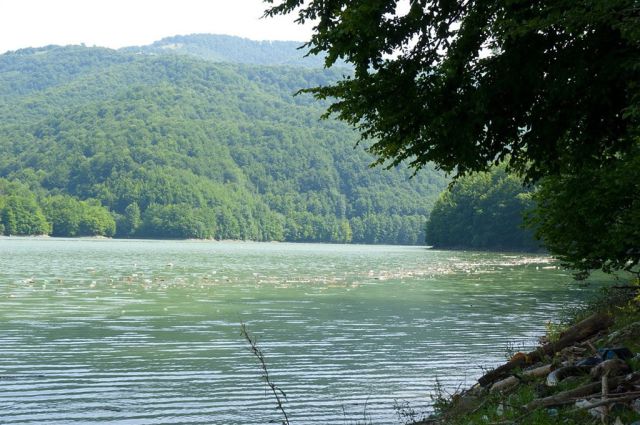 Floating on top of the water’s surface are thousands of discarded bottles, and possibly other disgusting underwater debris! To make matters worse, the trash is not relegated to one area, but instead pollutes the entire lake. 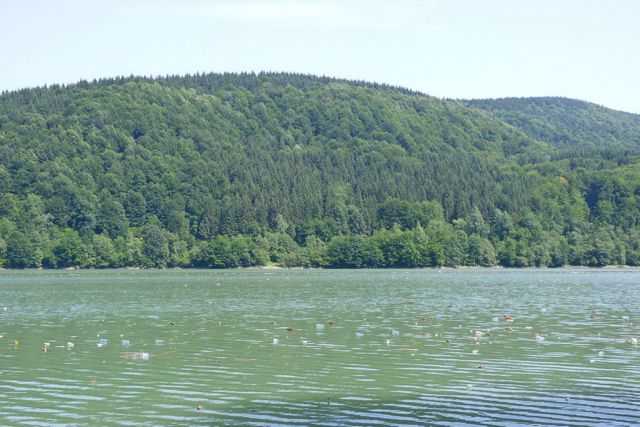 Despite the ugly floating trash the view is quite beautiful.

The piling up of trash is likely due to local residents tossing it into the river upstream, which the reservoir then ends up collecting further downstream. 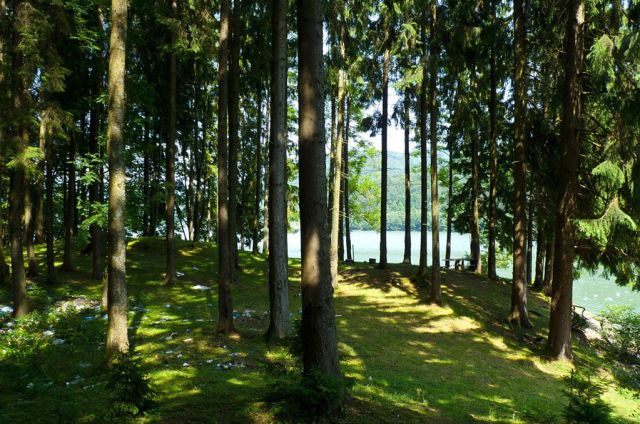 In order to fill the land with trash, unlike the river, people must come and intentionally leave their garbage behind. 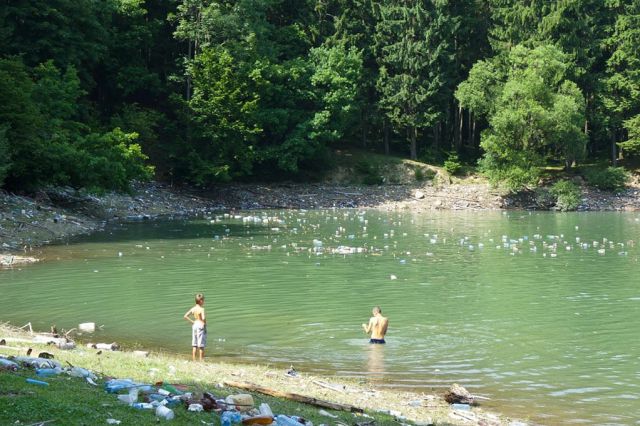 Many people still take a dip despite the amount of trash piling up around them. 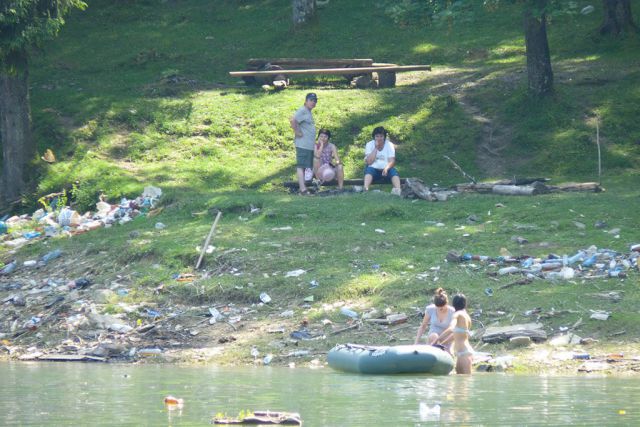 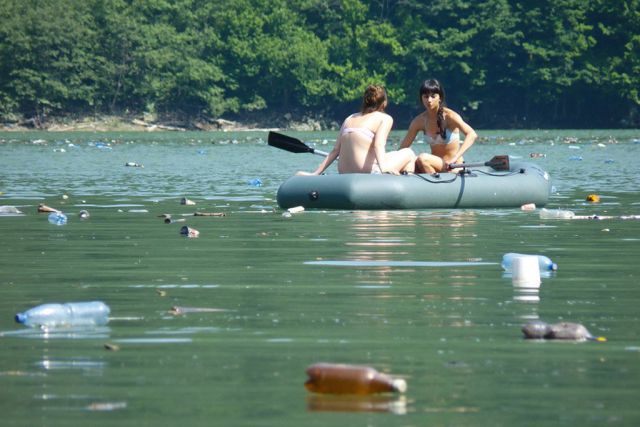 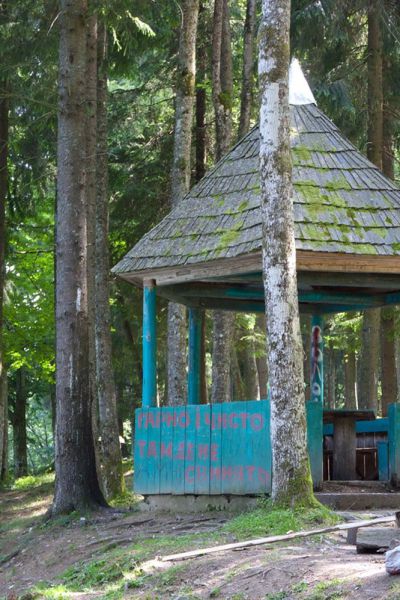 leroy 9 year s ago
knew this was russia even without reading the captions. what a shit hole of a country.
Reply
2

Tarzan 9 year s ago
fuck with mother nature and she fucks you.
Reply
0

GOODSTUFF4U 9 year s ago
why
Reply
-1

jubyp0b 9 year s ago
Oy, leroy, the guy that hates on the Russians, where you from, mate ?

wow 9 year s ago
you gotta learn how to recycle you nasty people! I recyle every thing included condoms, indeed i reuse them.
Reply
1

humans don't spend a whole lot of time in the middle of the oceans, however, so stuff like that tends not to matter to most folks...
Reply
0

aaron 9 year s ago
they should make a public works project to clean that place up!
Reply
0

Peanut 9 year s ago
Too many people treat the whole world as their own personal garbage dump.
Reply
-1