Sometimes our mind plays tricks on us and other times our vision fails to reveal what is truly going on. This collection of cool optical illusions will have you shaking your head and rubbing your eyes. 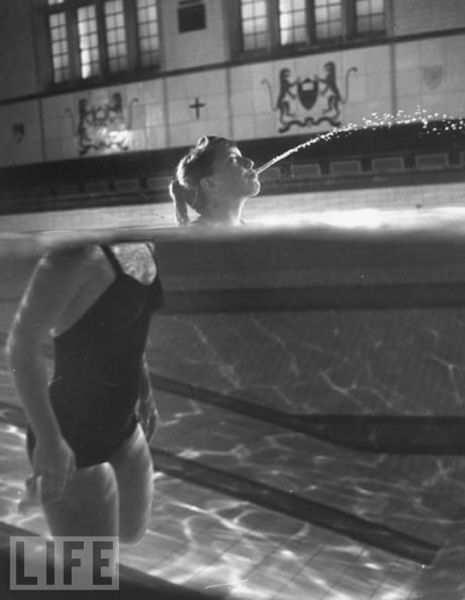 Swimmer Kathy Flicker in a pool in 1962, and the refraction makes it seem as if her head is separate from her body. 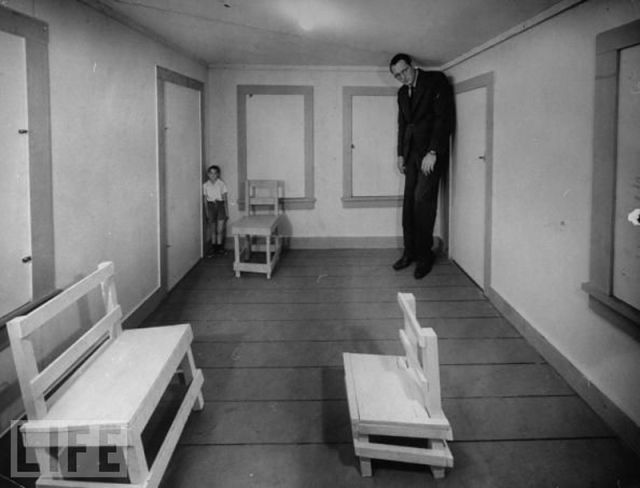 No, that is not the world's tallest man. He's simply an average-size guy, standing with a little boy in a room in which the floor and a wall are slanted and thus affecting our sense of perspective. 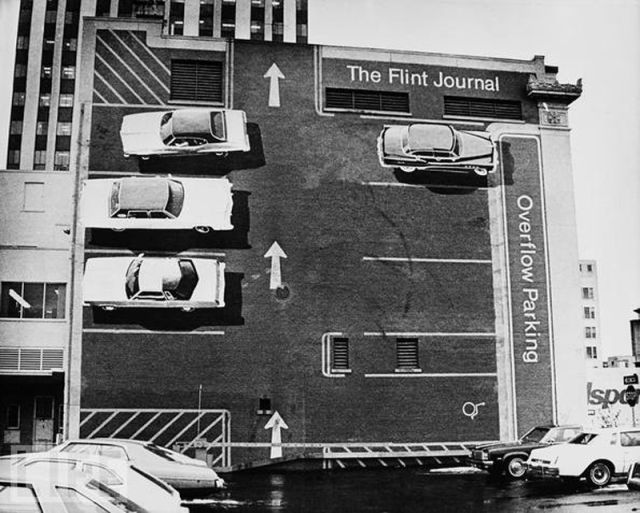 This is not an aerial over a parking lot. Rather, it's a 3D painting on the side of a building in Flint, Michigan.

Your eyes are playing tricks on you 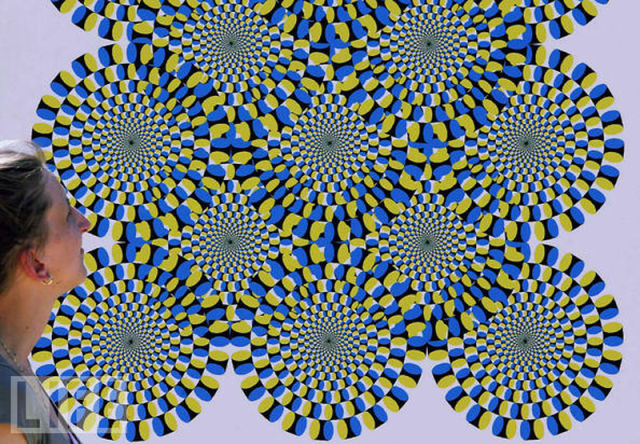 This is a still photograph so why does it appear that those vibrant, hypnotizing circles are slowly churning? It's because the painting (part of a 2007 show in Germany) is an optical illusion, screwing with your perception of depth and motion. 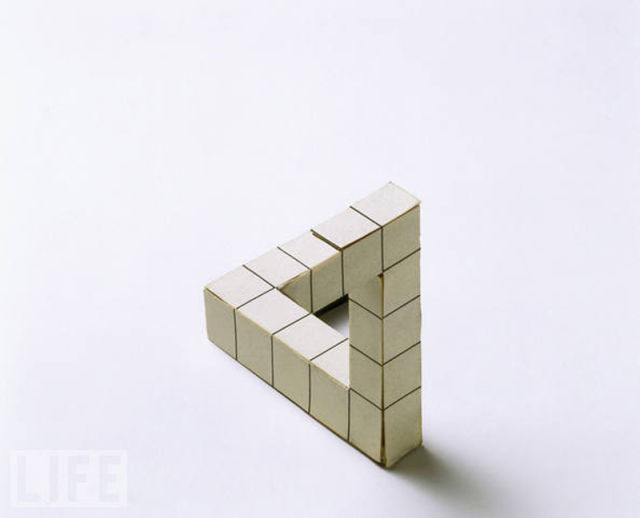 A photo of a model made by English geneticist Lionel Primrose, part of a 1950s series of figures that not only laid the foundation for the study of illusions but also inspired some work by artist MC Escher. 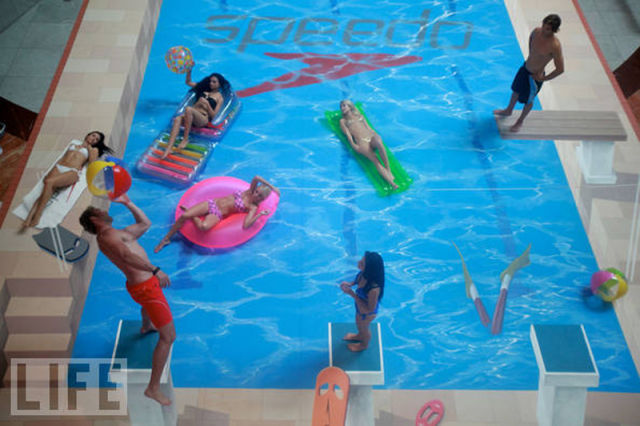 If you said "not," you're right. It's a painting by German 3D artist Manfred Stadler, with models in swimwear adding to the illusion. 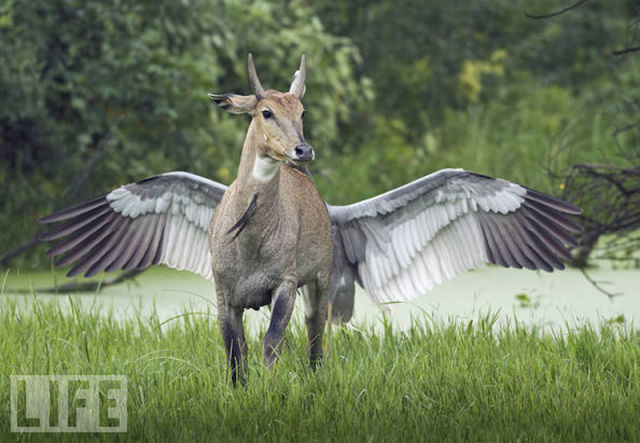 At first sight, your depth perception may make you think this is a winged creature - but really, it's a giant crane chasing an antelope, a moment captured on film in 2010 by photographer Jagdeep Rajput. 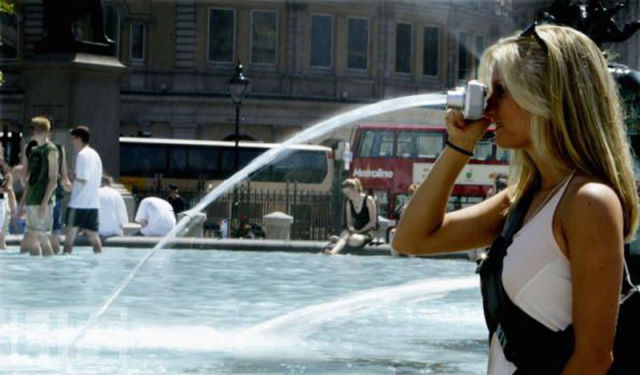 A woman in London snaps a photo in Trafalgar Square but her position next to a fountain makes it seem as if water is shooting out of the lens. 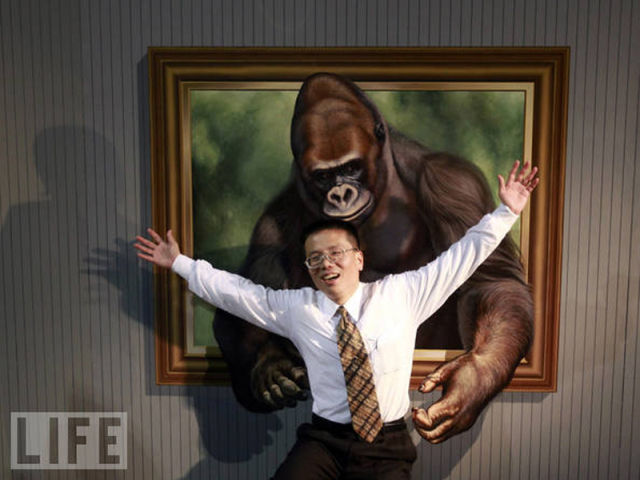 A man takes a picture with a painting during an exhibition at the National Taiwan Science Education Center in Taipei.

At home in Waterloo Station 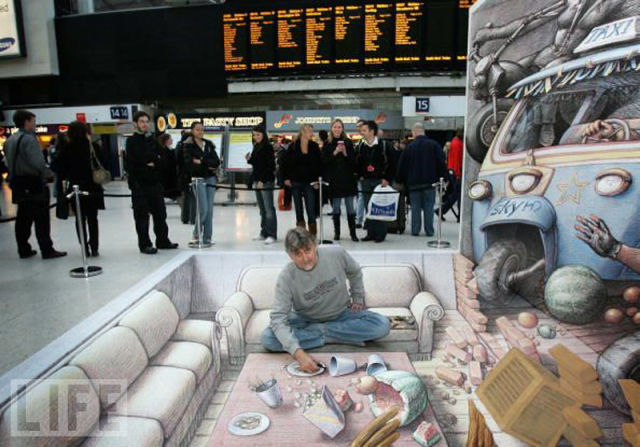 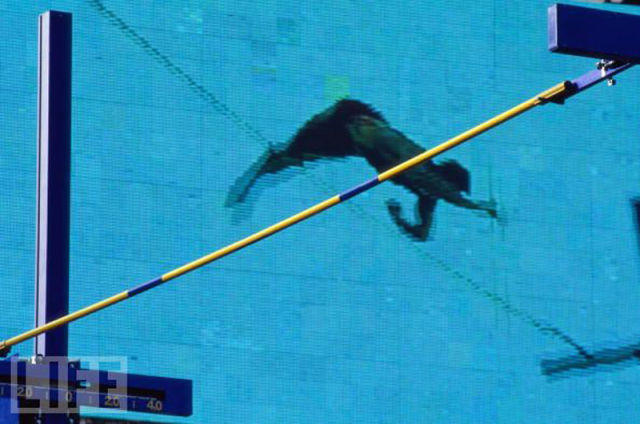 A giant video screen shows an instant replay of a vault with the image of the jumper seemingly flying over the real bar. 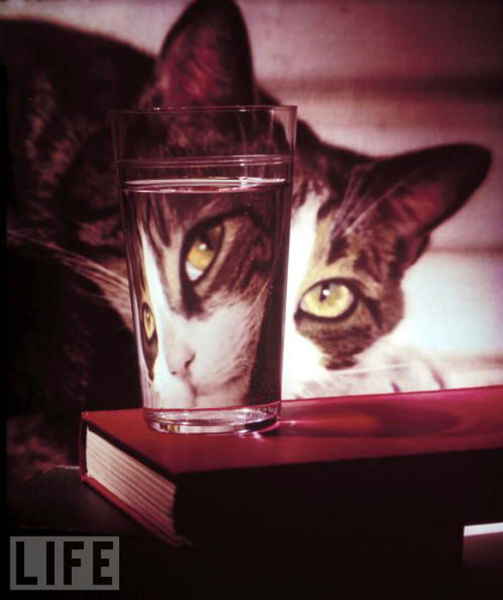 In 1963, Nina Leen photographed a cat peering into a glass. 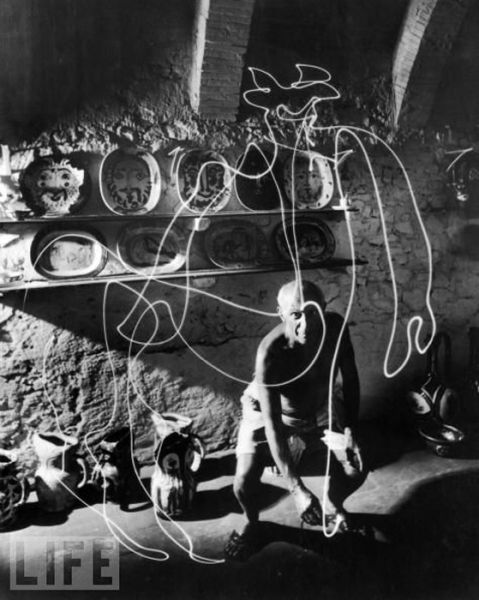 By keeping his shutter open while artist Pablo Picasso "sketched" with a penlight at Madoura Pottery in 1948, LIFE's Gjon Mili was able to capture what appears to be bright physical lines in mid-air.

The trail of a helicopter 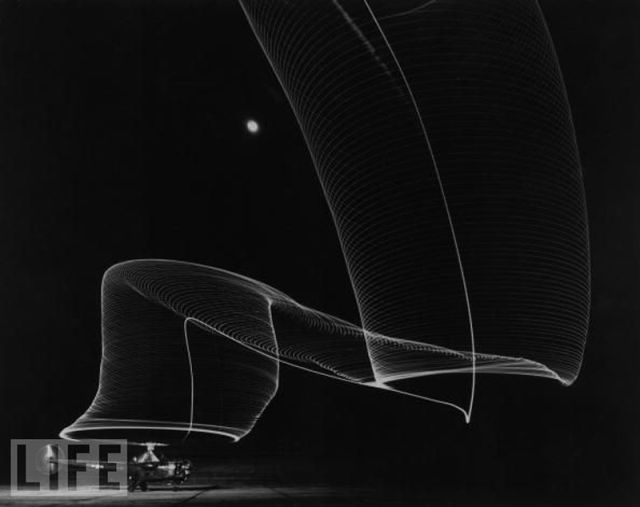 A 1949 photo by Andreas Feininger: A grounded helicopted prepares to take off into the night, its rotor blades tipped with small lights.

Tearing up the ice rink 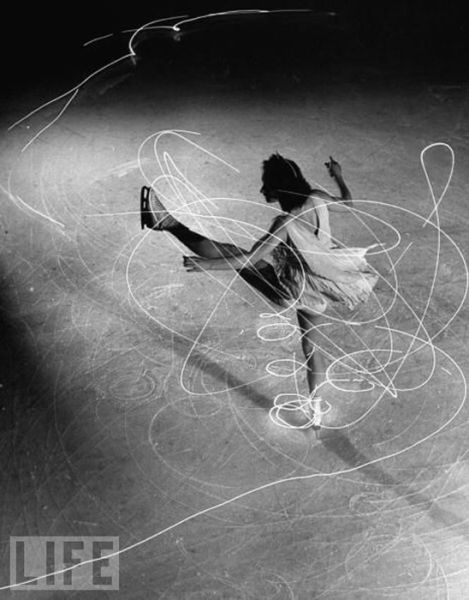 Another Gjon Mili photo, this one predating his experiments with Picasso: In 1944, the mid-air motions of professional figure skater Carol Lynne take form thanks to little lights on her skates.

Life on the edge 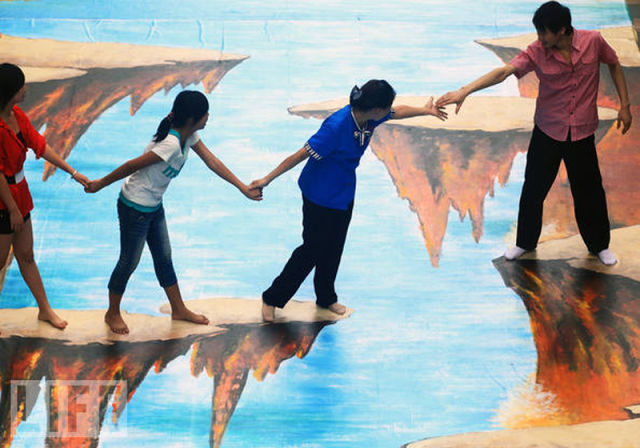 In Fuzhou, China, tourists pose for photos on a large 3D picture. 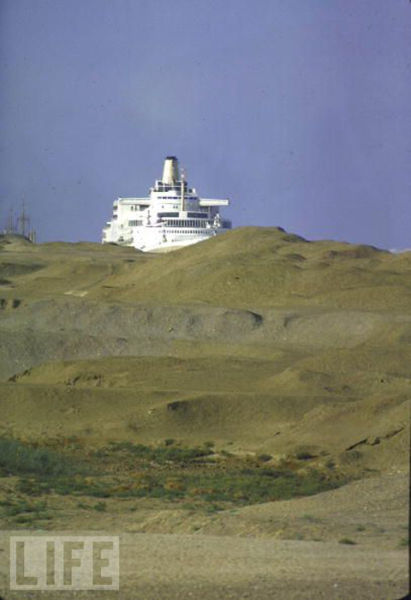 In 1962, a passenger liner appears like a mirage in the desert. . . but is actually proceeding through the Suez Canal. 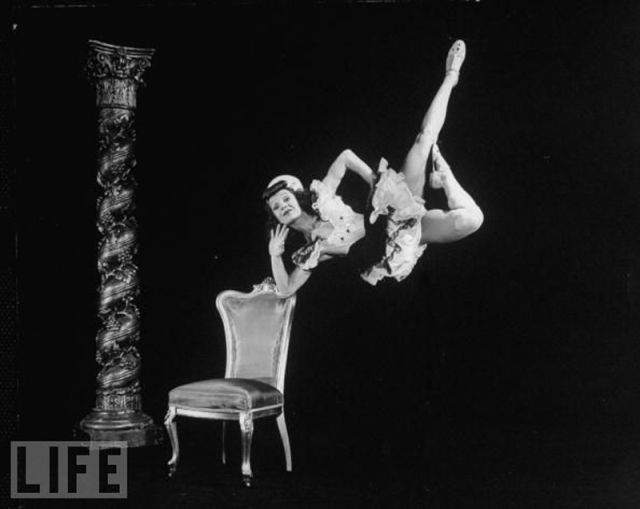 An act from Toast of the Town: a woman appears to balance on the edge of a chair. Really, her husband, camouflaged completely in black, is holding her up.