Do you think this is Photoshop? No, it’s not. The full story is right after the jump.

African black rhinos are critically endangered as poaching for their horns is out of control these days. In South Africa alone, 341 rhinos were killed in 2011, up from 333 for all of 2010. 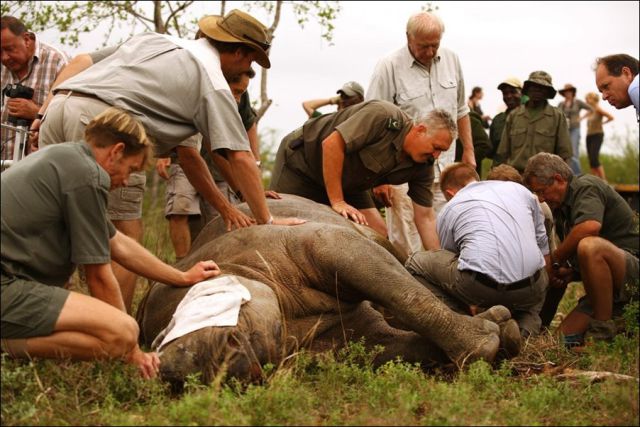 The conservation group WWF helped South African government to protect black rhinos by transporting them from the Eastern Cape to the northern Limpopo province, 1000 miles away, by air. 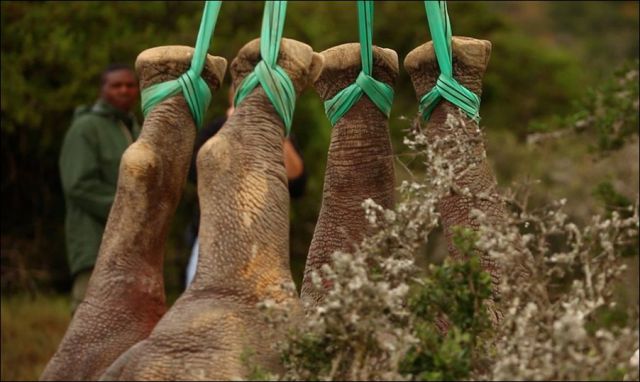 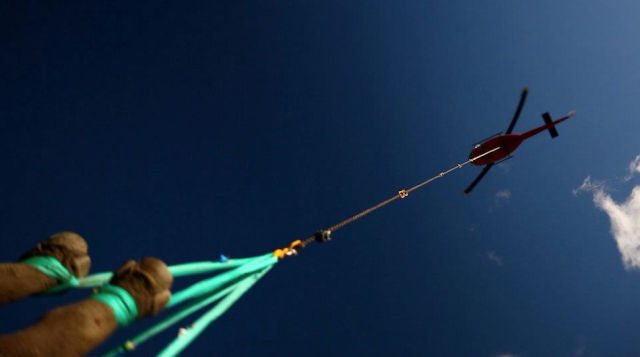 Even though it sounds uncomfortable, experts assure that this is easier on them than other means of transportation. 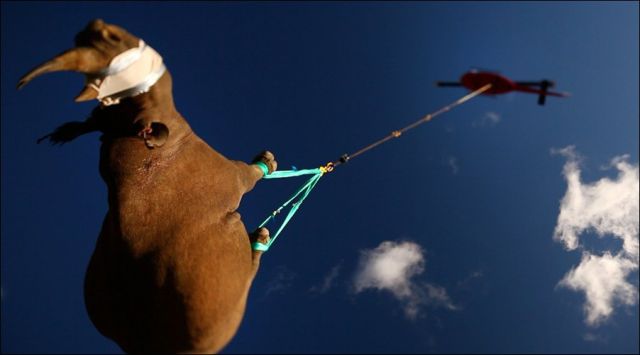 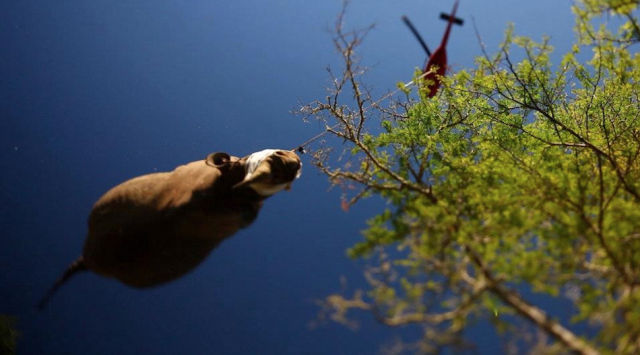 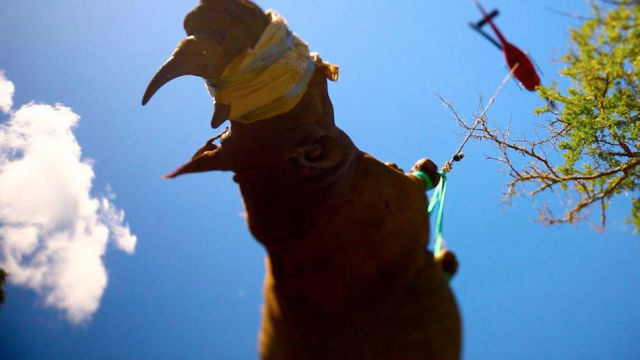 The mammoth cargo included males that were nearly 4 meters long, and weighed up to 2,000 kilos. 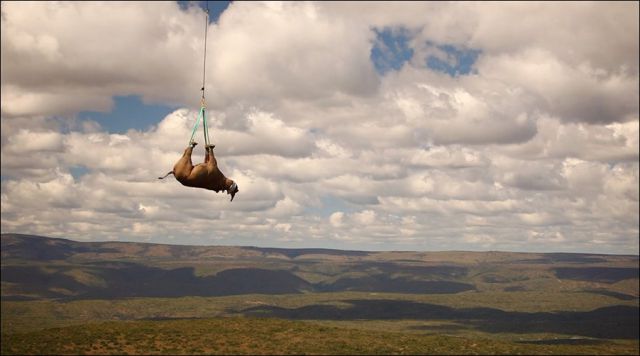 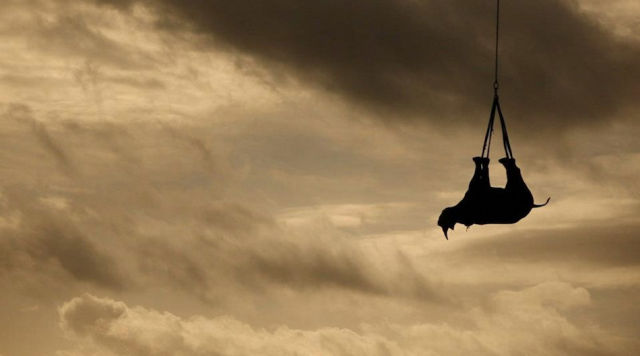 Horns are very popular on the black market. 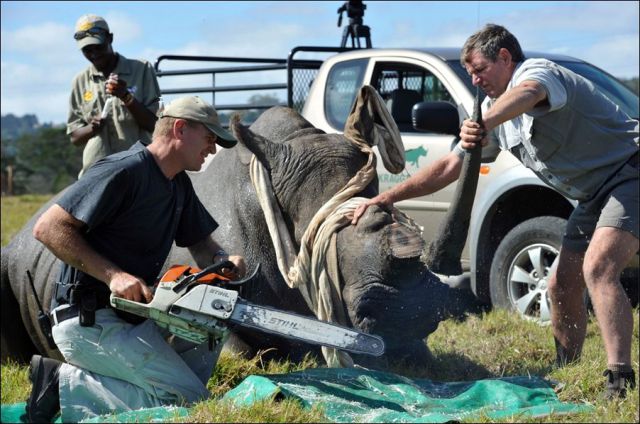 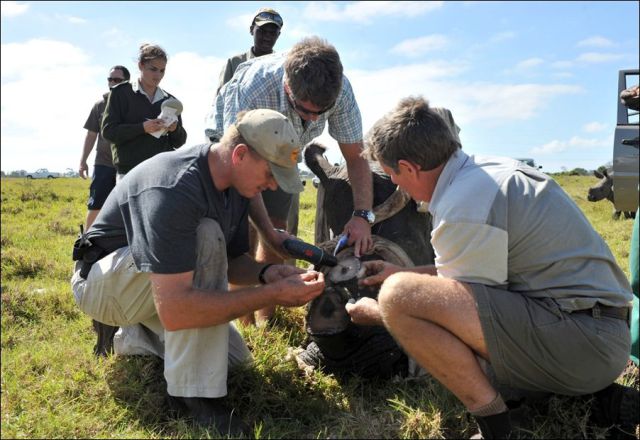 Rhinos without their precious horn are most likely not to be poached. 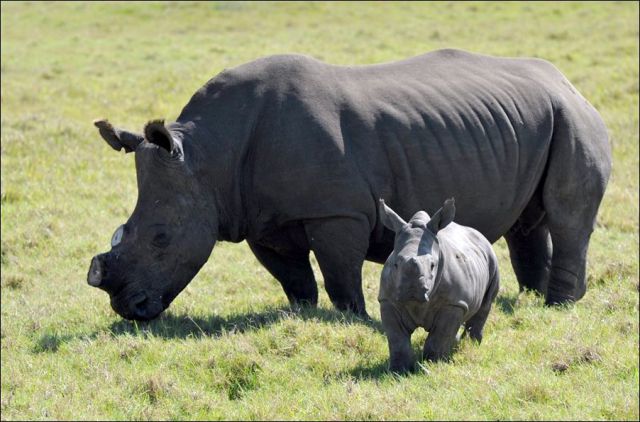 orendadude 9 year s ago
Hang the people that poach the rhino's from the helicopter...BY THE NECK!!!
Reply
1

fidelxxx 9 year s ago
No, by their balls.
Reply
0

mefromsomwhere 9 year s ago
I absolutely agree with the person above.. People are so cruel. Why animals have to pay for this? $ rule the whole world :( that's so horrible
Reply
0

Mr. Ree 9 year s ago
So, what happens to the sawed off horns??? Isn't this poaching too?
Reply
-1

Enter your name 9 year s ago
^Yeah really. I bet it feels like getting a finger chopped off too.
Reply
0

gigantes 9 year s ago
i think you would lose your bet.

rhino horns are a keratin-protein build up, last i checked. like fingernails, etc. there are no nerve cells involved. the main discomfort to the animal would be a missing tool that they used to own, not any physical pain.
Reply
0

Enter your name 9 year s ago
yeah they're right. its about as cruel as trimming a horse's hooves. it does impact them in their normal behaviors but not by a very significant amount.
the biggest problem with conservation is leaving room for people to use it while protecting the environment and its animals. you cannot tell humans an absolute no or it leads to blatant disregard of the rules set forth. something really important people should draw from this is how it is so hard to protect even a flagstone species like the rhino. the rhino is an animal everyone is familiar with and willing to help. the real challenge is with smaller less noticeable species. conservation can become about half as difficult if the general public is concerned.
Reply