Sometimes certain situations arise that require a person to think quickly in order to save someone. Read further to hear a story about the amazing rescue of a trapped and helpless shivering dog told by a courageous rescuer. 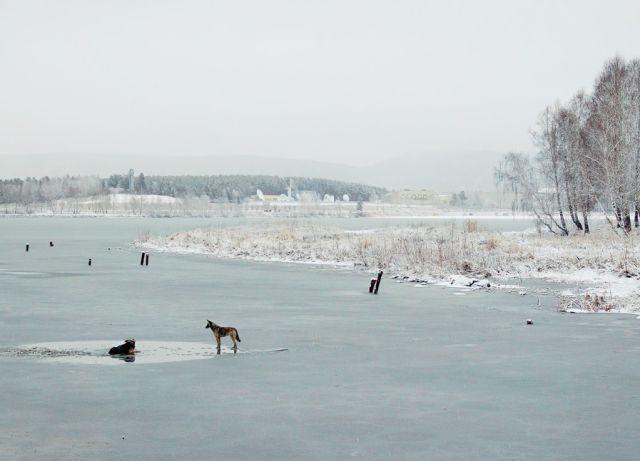 "Recently I went outside to snap some pictures of the first snowfall, but instead ended up rescuing a dog. As I was walking around taking photos I heard water splashing and whining. After following the sounds this is what I came upon on the lake. 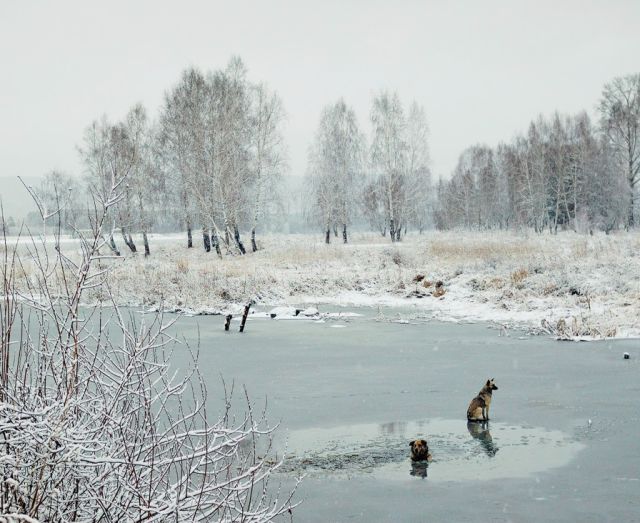 I started searching for a safe way to get closer to the water, so I could try to pull the dog out. 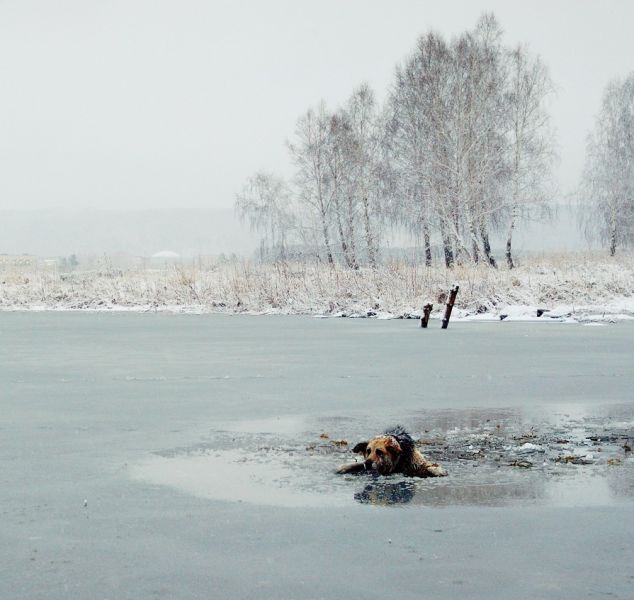 I called out to the dog, which caused him to crawl furiously on the thin ice. 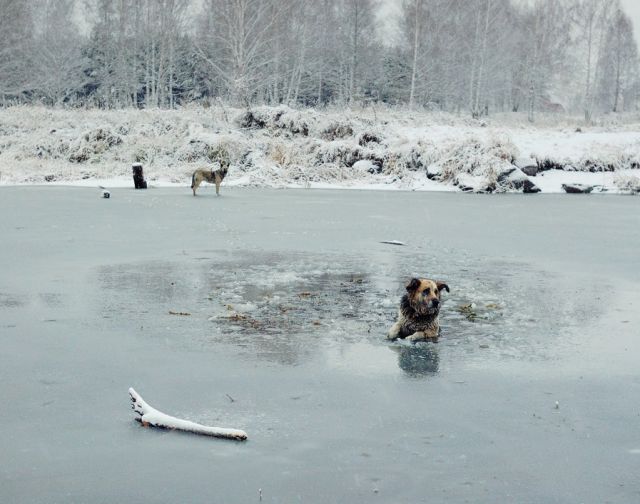 However, after a while he stopped and began whining again. 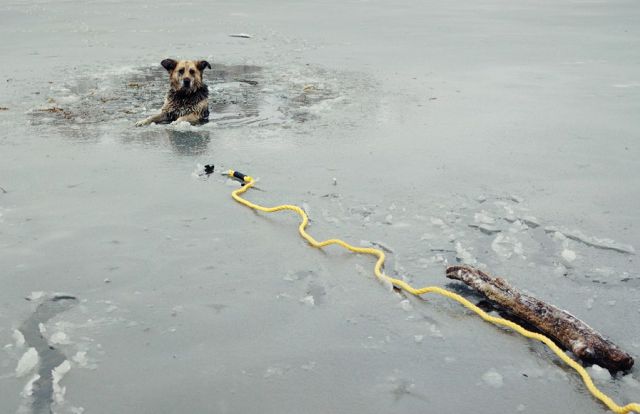 I grabbed a towrope from my car, hoping that the dog could latch onto it with its teeth. 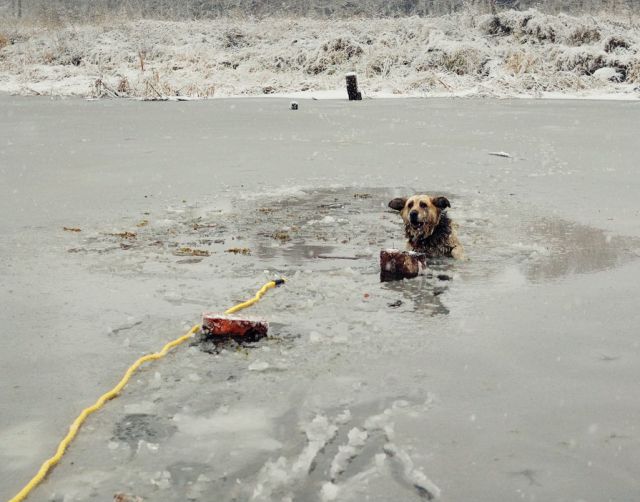 Unfortunately, the rope was too short. I tried to flag down other drivers for another rope, but no one stopped. I tied my scarf and jacket to the rope to make it longer, but the dog didn’t seem to understand what I was doing. The dog was shivering uncontrollably at this point. I called rescue services and threw loose bricks at the ice to try and break it. 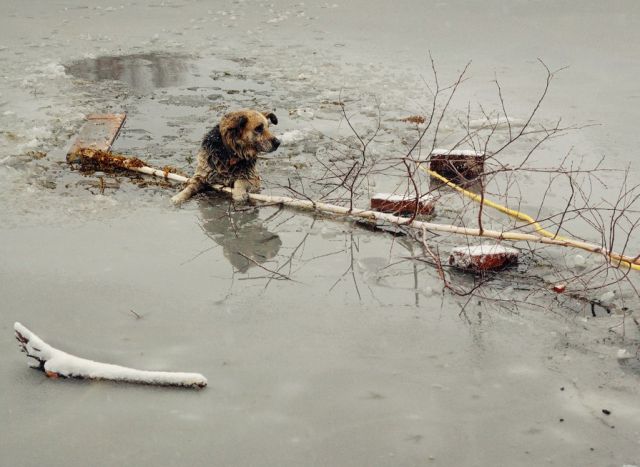 The bricks made no difference. I found a birch tree, broke it off and tossed it near the dog. The dog lurched upwards, managed to swim closer and began biting at the branches. I threw a wider piece of wood near the dog but he ignored it. Exasperated and not knowing what else to do, the dog finally managed to get his front paws over the tree branch. I caught the branch with the towrope’s hook and pulled the dog closer until the hook slid off. I waded in waist deep to try and pull out the shivering dog by its collar. Finally pulled ashore, the dog shook off and ran off without so much as a “thank you”.

jaseuk 9 year s ago
What they said ^
Reply
2

... 9 year s ago
Thankyou. People need stories like this.
Reply
0

Peanut 9 year s ago
Glad the dog was saved.
Reply