Russian Ladies in Search of the Perfect Man (10 pics)

In Russia, there is a veritable smorgasbord of young single ladies searching for the man of their dreams. Below are just a few of the many available women, and their unique stories.

‘There are almost no available men where I live. Even in high school there were 25 girls but just 5 boys. Then I entered university where I met a nice guy from Zimbabwe. We were going to get married, and I even bought a ticket to Zimbabwe, but a war broke out in his country so I didn’t go.’ 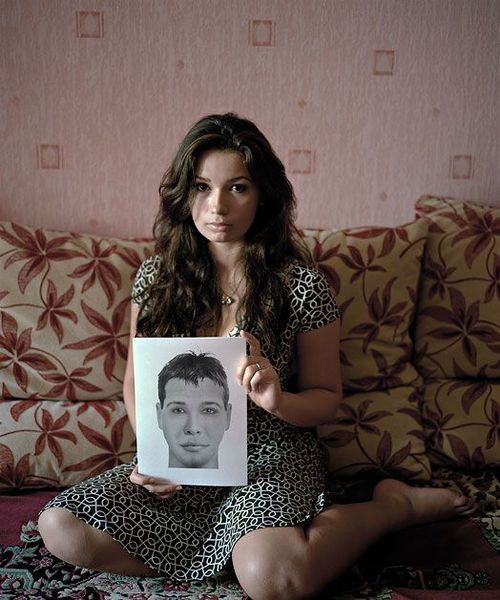 Alisa’s ideal man is pictured in the above sketch. He would be between 27-33 years old and be a man of character and solid morals. A perfect scenario would be a Russian man with some American character traits. She thinks that Russian men are spoiled and do not appreciate the beauty of Russian girls. Besides, she believes they demand too much from a woman. They think a wife should look good, take care of the children, go to work and do housekeeping, but what do women get in return? Nothing.

‘There are not very many decent men here and most of them are already married. The few single men are mostly uneducated or alcoholics. While I do believe in fate and luck, so far all I’ve met are spoiled, lazy and controlling men.’ 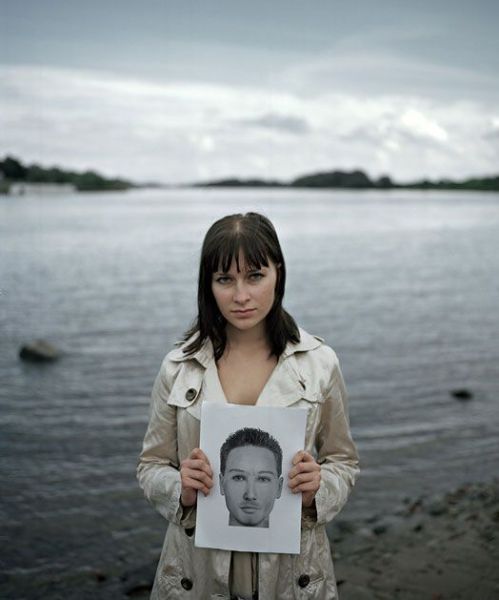 She holds a sketch of a tall dark-haired athletic type with a masculine face, curly short hair, a neatly trimmed beard and a moustache. She prefers men who wear suits. Also, under no circumstances is she interested in a man who is lop-eared or too hairy!

‘Most single women are decent where I live, unlike the men. I have ten girlfriends and just one of them is married. However, she does not have a happy marriage. Many of my friends want to get married to a foreigner. One of my friends went all the way to Japan for a boyfriend but they eventually broke up and she came back.’ 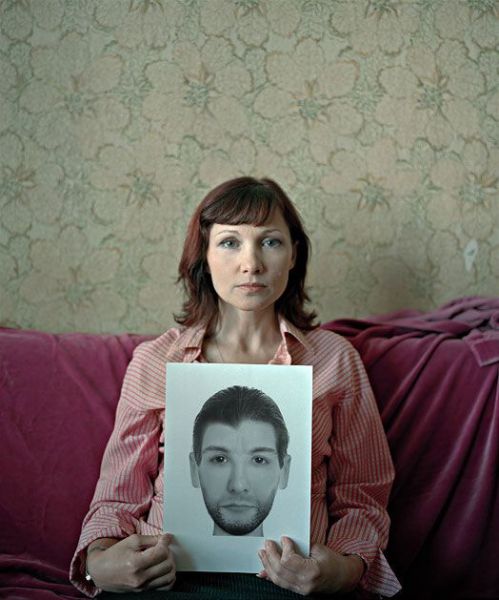 Her ideal man is lean, wears suits and always smells good. He should be dark skinned, have curly hair, be between 172-186 cm tall and have no double chin!

‘A good man is an endangered species nowadays. Most Russian men are spoiled and expect everything for free. No matter what kind of man he is, he thinks of himself as some kind of prince. They say that when God created man, he realized that he’d made a mistake and then created a woman. I agree with that 100 percent.’ 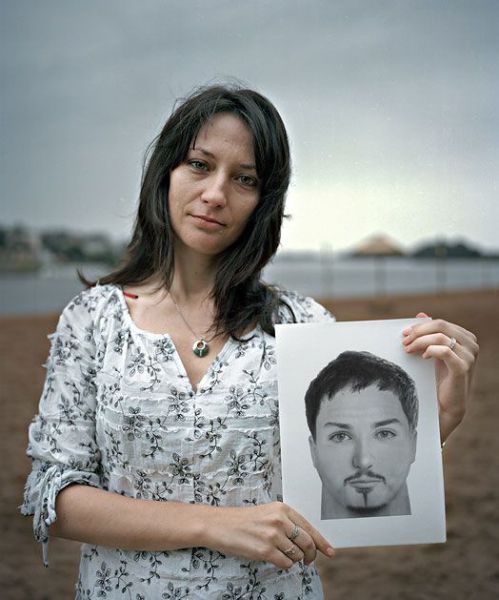 Her ideal man has short dark hair, a Spanish style moustache and beard, is between 173-176 cm tall, is not too skinny or fat, has beautiful hands, and likes to dress casually.

‘There is no fire in men’s eyes anymore. I used to date foreign men, but it became a hopeless situation. There were too many other women like me and not enough foreign men to go around.’ 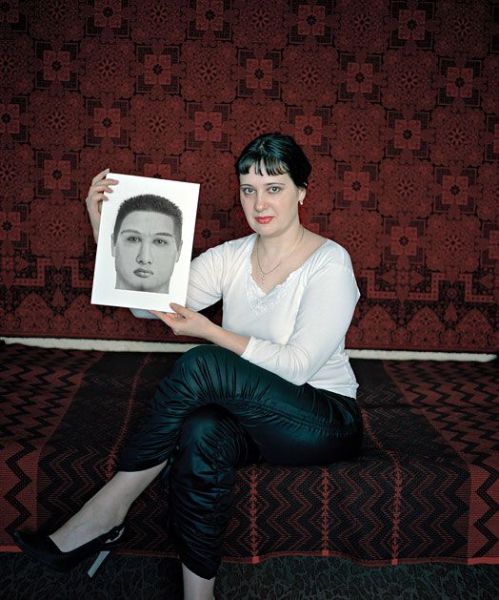 Her ideal man would be someone like Sean Connery as James Bond, a man with short hair, beautiful eyes, a masculine chin and no beard and moustache.

‘Where I live the choice of men is dismal. I don’t want to take care of my husband; I want him to take care of me! Most men living in Novgorod (Russia) are spoiled. In Saint Petersburg, for example, they are different. Most of them are kind, attentive… real gentlemen.’ 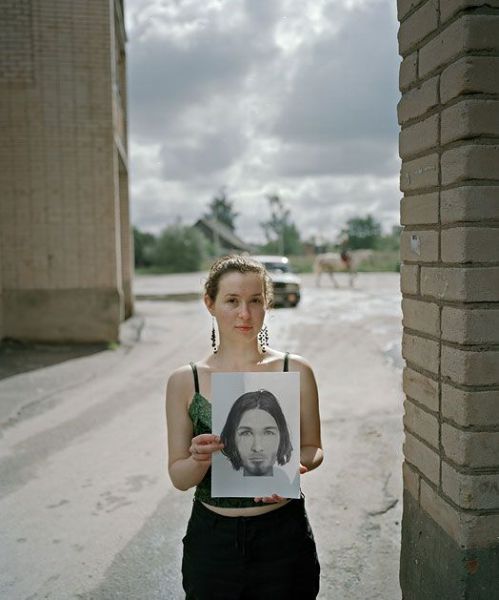 Her ideal man is tall with long hair. However, she says that most longhaired men she meets are dumb beer lovers who studied philosophy and like heavy metal. She doesn’t want a man with a beer belly! She wants her husband to be an architect or at least have a profession. In addition, she doesn’t like men who work out too much, because they usually look like a ‘sausage tied up with a thread’.

‘I work five jobs but I need somebody to rely on. Every day I do autosuggestion training saying ‘Mood for love’ and I think it helps my love life. Even my breasts seem to have gotten bigger.’ 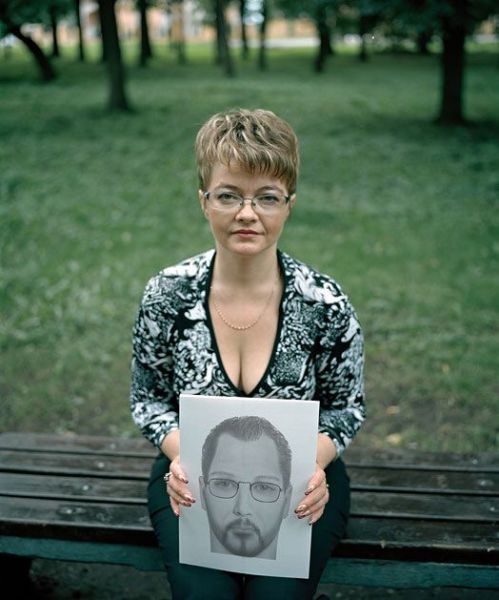 Her ideal man is funny, with dark skin and hair. He should be active and into playing sports. He should also respect women and have a solid work ethic. And finally, he should set goals in life and do everything to achieve them.

‘I don’t like uneducated guys with bad manners. I’m still single but I don’t give up. I keep working on myself and hope to meet a good guy one day.’ 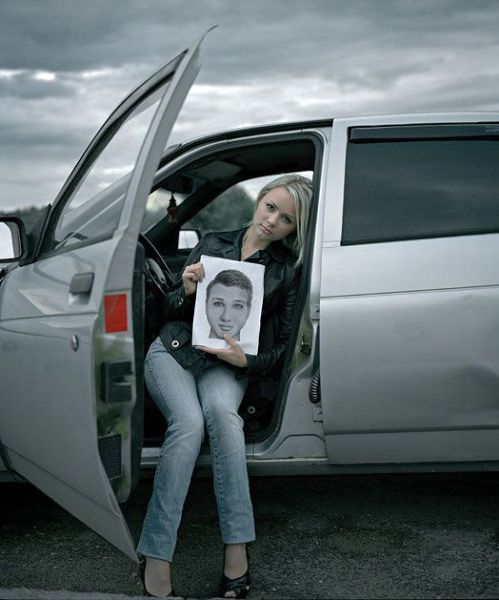 Her ideal man should be a 25-45 year-old athlete, 180 cm tall, have short hair, and green or blue eyes. It would be great if he had his own business and wore suits. He should be smart, educated, strong and kind and be old and wise enough to teach her new things and support her in everything she does.

‘Women put too much pressure on their men, thus making them weak and irresponsible. As for me, my dream is to live in a really big city, like New York City.’ 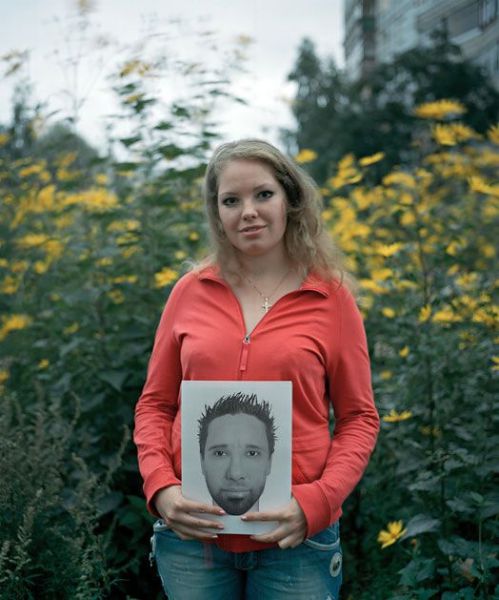 Her ideal man is tall, with tattoos, has silver rings in his ears and a Jonny Depp like chin. He should have a casual dressing style and may smoke.

‘I have a child, which makes it even more difficult for me to find the right man. But I will never give up! I ride my bicycle a lot and love to swim in the pool. I also go hunting from time to time which I am very proud of.’ 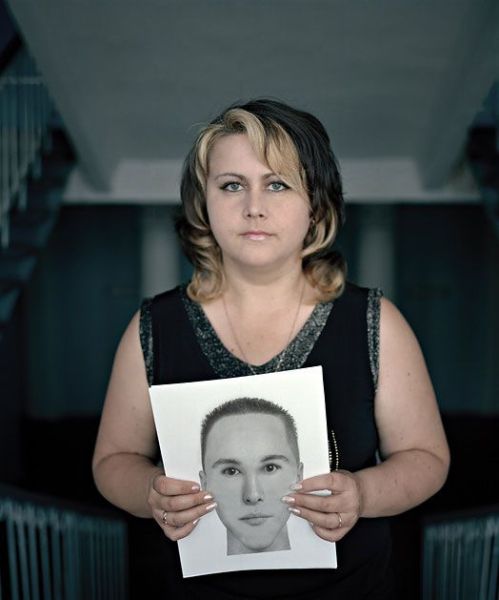 Her ideal man would be tall, strong and clean-shaven with short brown hair. He should have light eyes, plump lips and a masculine chin. She would prefer a man who wears casual jeans, a pullover and a cap.

Jersey Petey 10 year s ago
No luck. None of them looked like me. Pretty girls.
Reply
0

GOODSTUFF4U 10 year s ago
ERR - LOL - ‘I work five jobs but I need somebody to rely on. Every day I do autosuggestion training saying ‘Mood for love’ and I think it helps my love life. Even my breasts seem to have gotten bigger.’
Reply
0

sharp 10 year s ago
ok so... is this how they are asking for help... i mean now what do they want? some contact from a man after seeing this
Reply
0

andreiirevoir 10 year s ago
The first one is on facebook, from Hillsboro and she's on a relationship, so I dunno how accurate this post is. https://www.facebook.com/profile.php?id=100001751869300
Reply
0

Enter your name 10 year s ago
Yeah for America! She's ours now making us a hotter gene pool!
Reply
0

dr_d 10 year s ago
as stupid as what i say may sound, but its the truth and i even have Russian girlfriends who did it and they would say it to these girls as well... come to Israel!... Israel is full of Russians and most of them are very successful and have good careers... they would meet plenty of men any of the types they ask for...
Reply
0

Antypaladyn 10 year s ago
We should start another inquisition. This time their mancards would be the thing at stake. No matter how much you justify doing such things to women, I'm pretty sure they would be douchebags to other people too. I wouldn't be surprised if they borrowed money from their own brothers and when asked about repaying the debt, they would say that there is no written contract and no witness so they won't return the money since "no transaction took place" (and yes, I heard about one guy doing such a thing to his sister, despite the fact that they had good relations before).
Reply
1

Rivas 10 year s ago
I think you say stupid things because you're a fucktard.
Reply
0

orendadude 10 year s ago
Fuck sakes, no matter where they come from, women always have a huge list of expectations. Why do they need the "ideal" man. If she marries this guy, she is going to use the rest of their lives trying to change him anyway.
Reply
0

mr774 10 year s ago
There is no Japanese like type males in Russian lady's favorite ones.
It's sad for us.
Reply
0

SuperTard 10 year s ago
I'm the PERFECT match for those TARDS!
Reply
0