Many modern women can’t fathom leaving home without laying on at least some makeup, and sometimes we are glad for it. However, see these with and without makeup photo comparisons to decide for yourself whether or not makeup worked its magic.

Elmira is a student and she uses make-up only when she is going to a party. 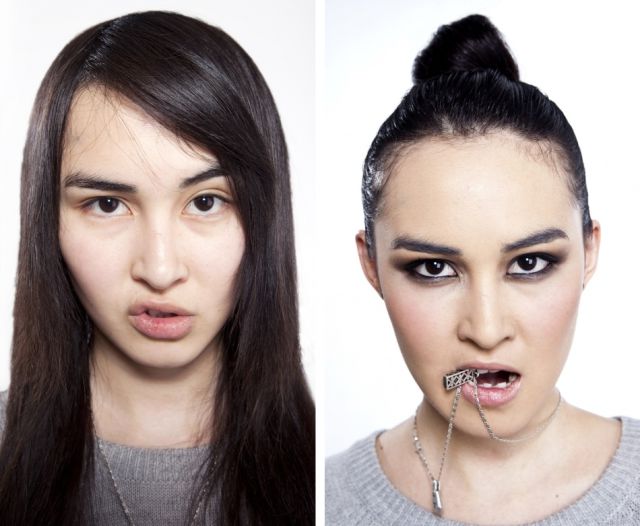 Bella is a designer; she uses make-up every day and can hardly believe that people will see her photo with no make-up on. 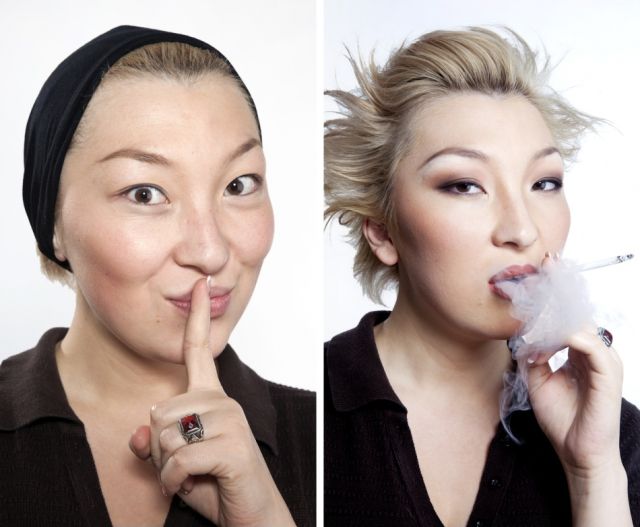 Karakoz is a housewife. She says: “After my child was born, I understood that a woman can look beautiful without any make-up.” 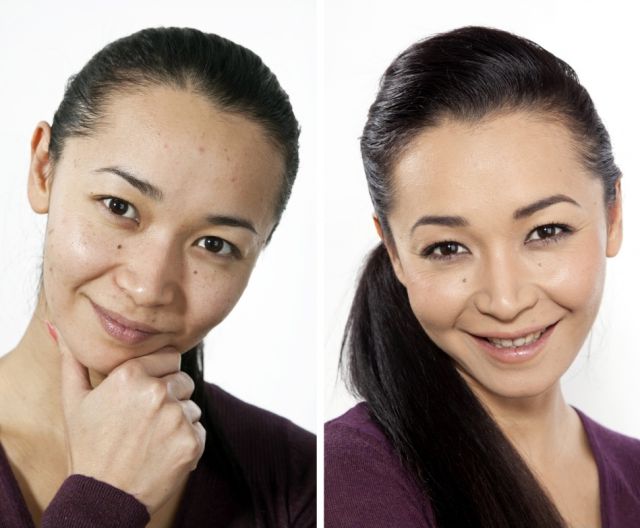 Sam is a stylist and a go-go dancer. He uses make-up before every performance. 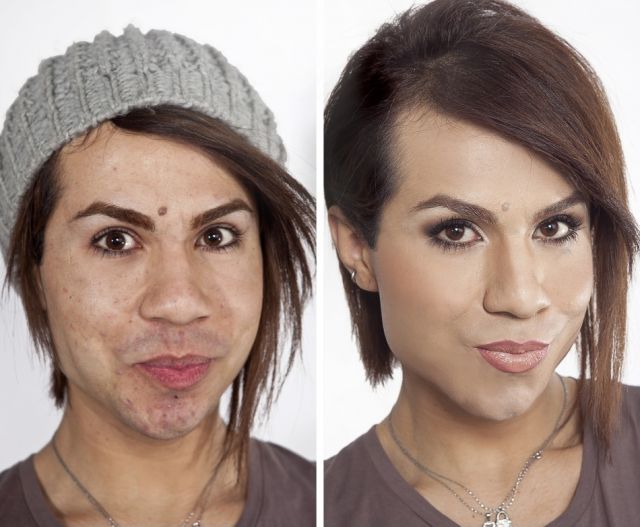 Dinara used make-up for the first time in her life in the 10th grade. She doesn’t use make-up very often now and believes that a woman should look natural. However, she does occasionally use foundation and lip-gloss. 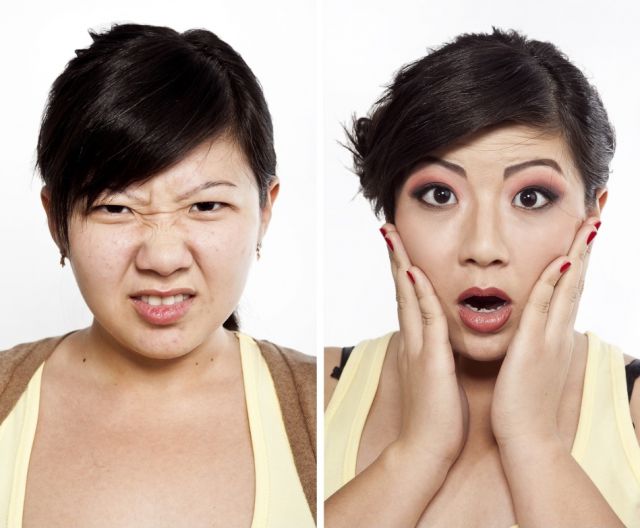 Elena is a shoe salesman. She doesn’t like to experiment and prefers a more natural look. 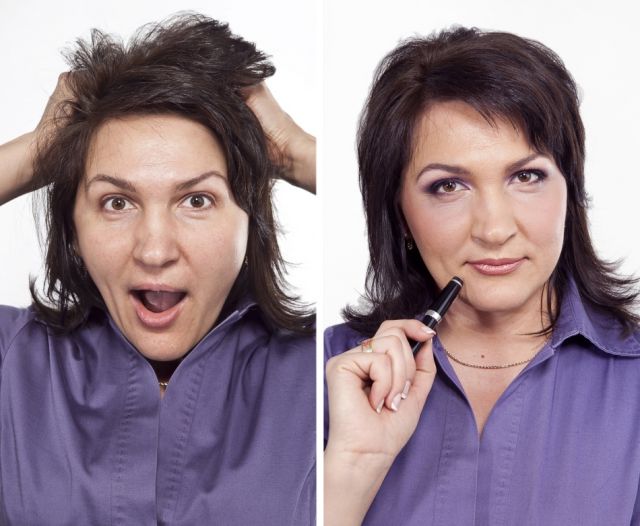 Victoria never leaves her house without make-up and ends up spending most of her morning on it. She wakes up at least two hours ahead of her first class in order to afford herself enough time to put on her face. 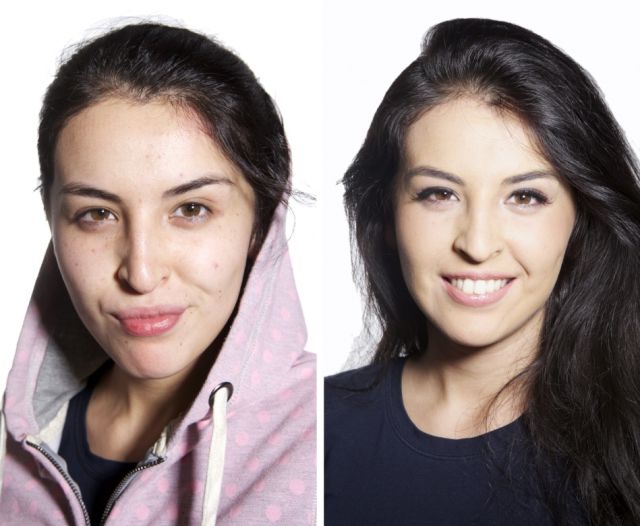 Olga believes that one needs to be taught how to use make-up correctly. She is chief steward on AirAstana. She used mascara for the first time at 15 years old. However, she washed it away when she went back home so that her mother would not see it. 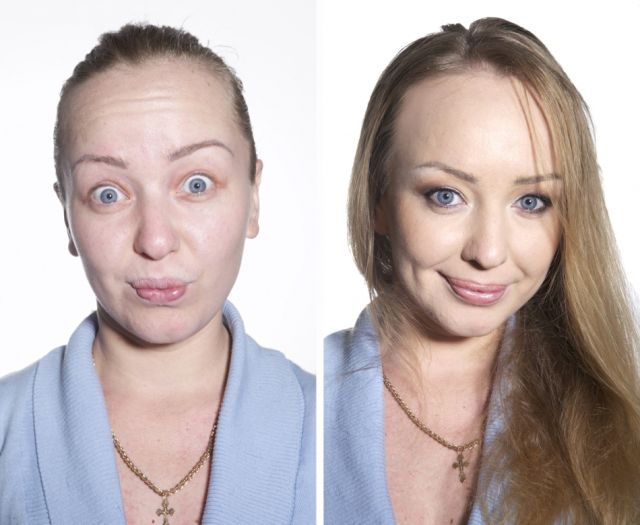 Tatiana is a pensioner. She likes a natural look and only uses make-up for special events. 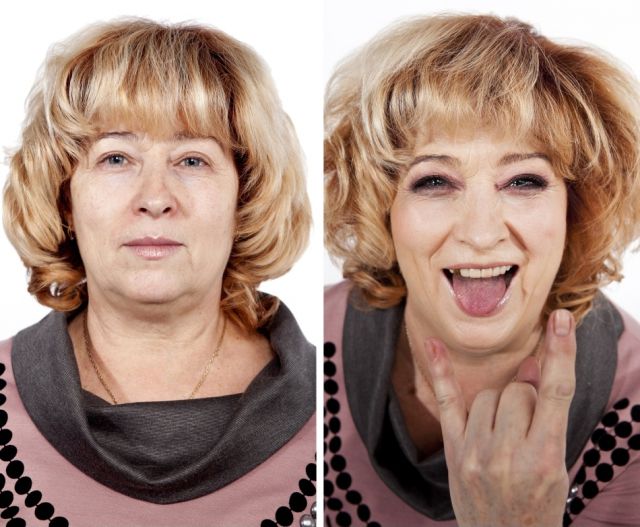 Aksere is a student who believes that make-up should be an essential part of modern people’s lives. She believes it helps attract attention. 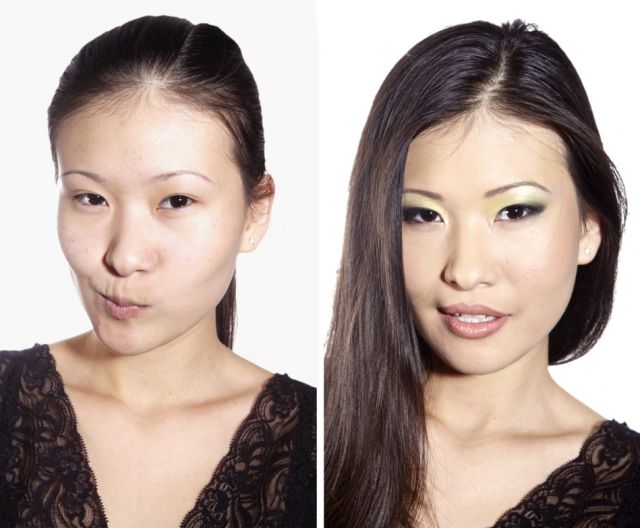 tapatio 9 year s ago
they all will benefit ...from a bullet..!ugly bitches all..
Reply
-1

orendadude 9 year s ago
It would be more fun to fuck a pound of raw liver stuffed into a jam jar than banging these uglies!!!
Reply
-1

KILLUALL 9 year s ago
all pictures taken from: uglybitches.com
Reply
0

Enter your name 9 year s ago
#3 = typical dumb bitch that has a kid and thinks it is ok to let herself go.
Reply
0

Tarzan 9 year s ago
Chuknorris says its a man.. it must be a man..
Reply
0

Peanut 9 year s ago
They all look better with make-up.
Reply
-1

wallispat 9 year s ago
You never believe that I met my mr.right on flingpartner. c o m. It is a wonderful place I want to share with all of you. You will never
regret for dating with sexy beauties/guys in your area. Find your luck :)
Reply
0

Khysiek 9 year s ago
They should invest more in health of their skin, then lengthy make-up is not needed.
Reply
0

UltraMel 9 year s ago
Everyone I know looks so washed-out and plain without make-up. And guys who say women look better without it just mean that women look better when their make-up is not shovelled on to their faces :D Natural-looking is better, but no make-up at all is scary x'D
Reply