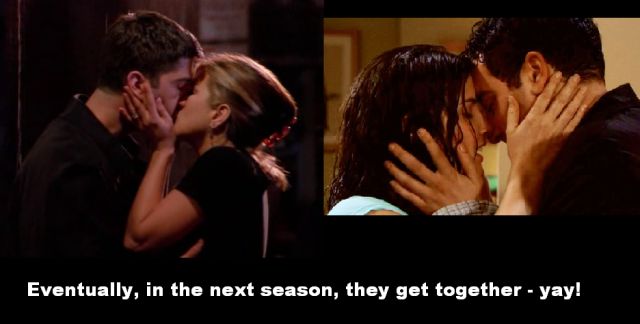 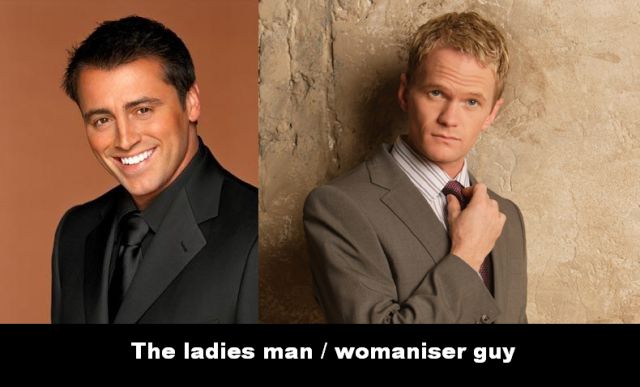 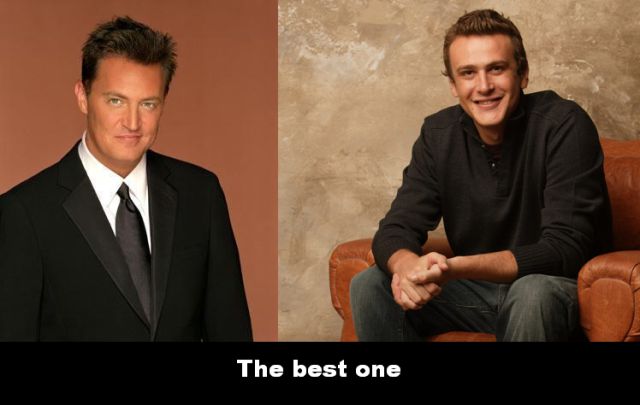 RicoRico 9 year s ago
How I Met Your Friend's Mother :p
Reply
0

Grant your wishes 9 year s ago
I love how the womaniser is a faggot.
Reply
0

Khysiek 9 year s ago
They are more like heaven and hell. Friends are funny, interesting and almost perfect in every episode. HIMYM every single episode is barely watchable.
Reply
0

But I'm speechless when people put HIMYM even close to FRIENDS.
There's no FRIENDS episode in which I didn't laugh loud.
When it comes to HIMYM, i would say that one episode on three makes me vaguely smile, sometimes, and if I'm in a good mood.

I guess young people below 21 haven't seen enough comedy yet, so seeing them considering HIMYM as good comedy is a honest mistake.
For others, I'm afraid there's one explanation left.
The average Joe needs basic jokes, easy to understand, and HIMYM writers followed this rule with success: the results are here, lot of viewers came to celebrate mediocrity and watch the show.
I mean the whole 2 first seasons, the same joke of Barney shouting Le-gen-da-ry, again and again, sometimes multiple times within the same episode, proves that the writers couldn't care less about the script quality..

Or could it be that for some people "newer is always better" ?
Like for example, "Sex in the city 2" is newer than "The Schindler list" then it is better.

Damnit Dude 8 year s ago
@djwaas1: I was with you the majority of the way until you you put Family Guy on a podium. Disappointing.
Reply
0

djwaas1 8 year s ago
@Damnit Dude: I confess that i'm growing tired a bit from "Family Guy", the comedy mechanisms are now somehow predictable.. I can easily swap it for "30 Rock", "The Simpsons" or Steven Moffat's "Coupling", or any Sacha Baron Cohen's TV show!
Reply
0

One 8 year s ago
Could you please explain the difference between "How you doin?" and "Le-Gen-Dary" as moronic catch phrases by the main womanizer character. Was Joey's line so much more profound and fundamentally funny?
Reply
0

1. First, Barney's catch phrase is way more overused, almost once per episode, which makes it irritating.
If the secret to humor is surprise, then this is not humor, since we know a piece of the dialogue before the show starts.

2. Let's face it, Friends was a huge success.
The producers of HIMYM had the idea of creating a sitcom involving friends in their early 30's to fill the void left by FRIENDS.
They COPIED a lot of things from the original (see this post above), including a moronic catch phrase to the womanizer.
And guess what, warmed up jokes are less funny.

PS: The office is soooooo funny, I'm sad they're on their last season.
Reply