Places to Visit Before the World Ends (20 pics)

Considering that the world is supposed to end this year, as the Mayans predicted, it might be worth visiting these amazing locations. 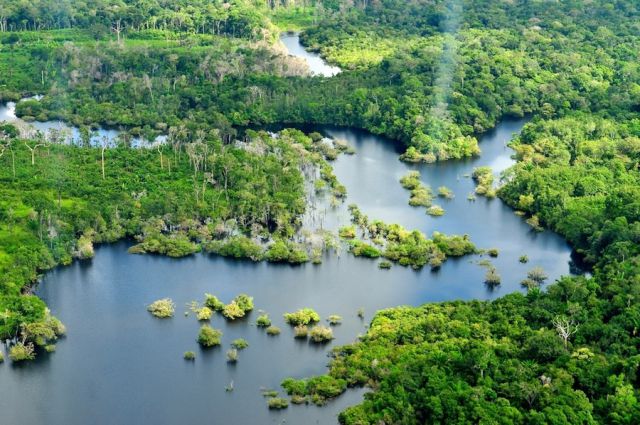 Regardless of which country you go to to see it - Brazil, Peru, Colombia, Venezuela, Ecuador, Bolivia, Guyana, Suriname, or French Guiana - considering it's the largest rainforest in the world and houses millions of unique creatures rarely found anywhere else, it's worth seeing for thousands of reasons. 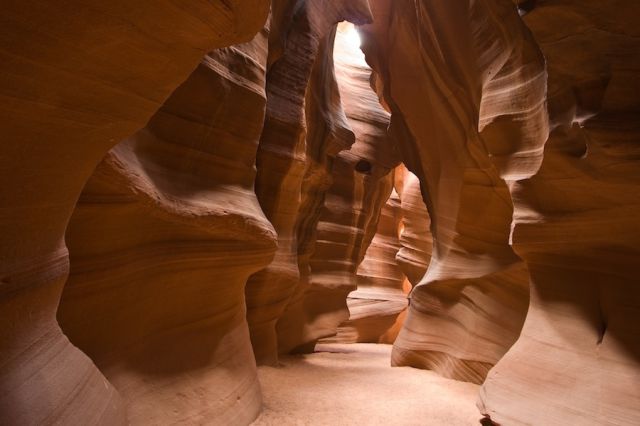 You might think the Grand Canyon is the only canyon you need to see in the US, but really, consider Antelope Canyon, which is conveniently also located in Arizona. Antelope Canyon was created through rivers and streams eroding the sandstone, and it makes for a wholly awesome experience where you can just saunter through miles of them. 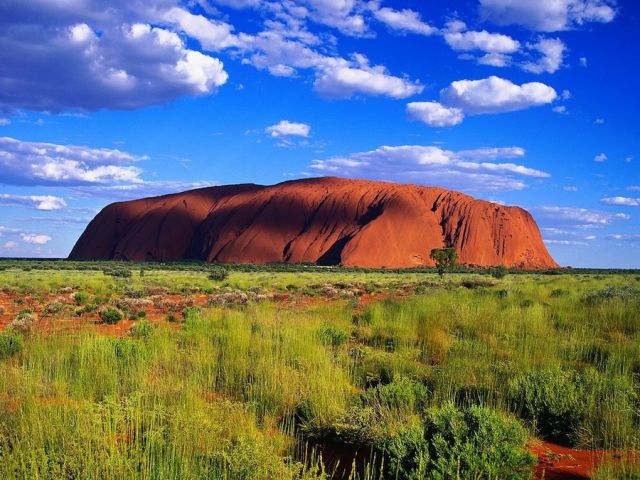 Located in the middle of the Australian Outback, you probably recognize this one from The Adventurers Down Under. In real life, though, it's even more amazing. However, you'll find that flying on an eagle's back makes it much easier to access, as it's actually more than 280 miles outside of any significant town (Alice Springs). 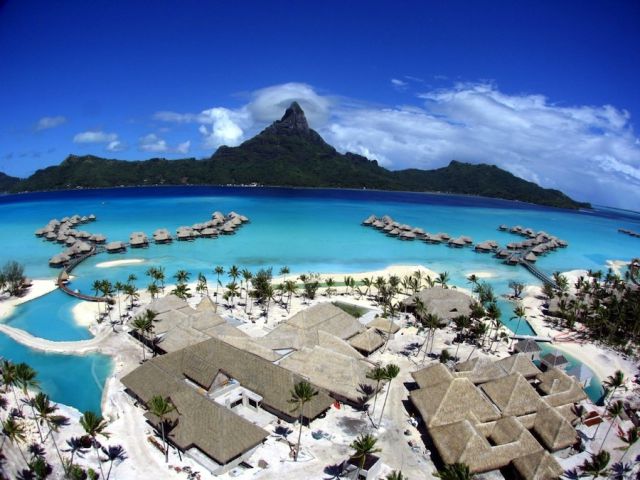 Located in French Polynesia in the South Pacific, Bora Bora is well-known as one of the most beautiful islands in the world. With crystal clear waters and awesome accommodations, there's no way to avoid this one. 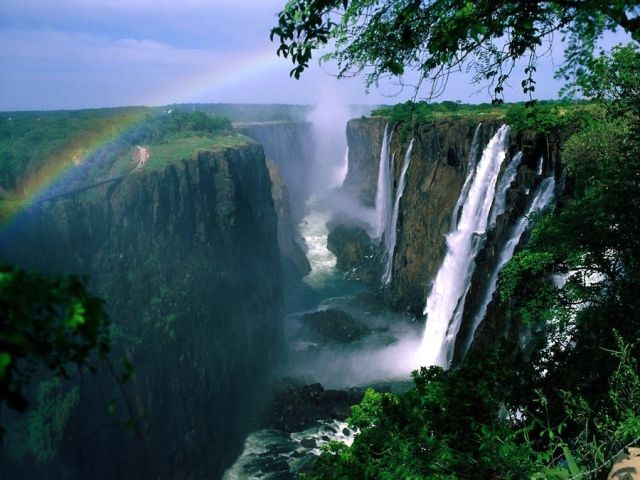 Victoria Falls, between Zambia and Zimbabwe, is (debatably) the largest waterfall in the world, with a width of 5604ft (1708m) and a height of 354ft (108m), and a much better choice than Niagara Falls. 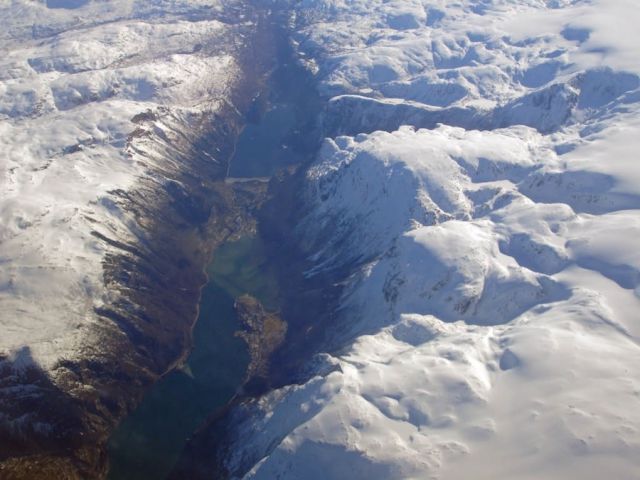 Norway has one of the longest coastlines in the world, but almost certainly the most interesting. Its eastern coast is riddled with hundreds of jagged inlets, jutting right into the inland of the country. The formations within them as well as the views from them are among the most mesmerizing around. 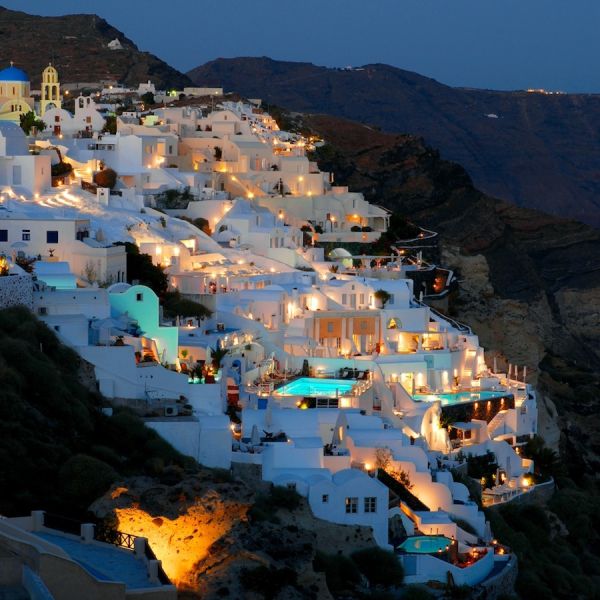 Santorini is an island off the coast of Greece, thousands of years ago the site of one of the largest volcanic explosions in history. Today it plays home to spectacular views, crazy architecture, and a storied history (supposedly the same eruption that destroyed it led to the legend of Atlantis). 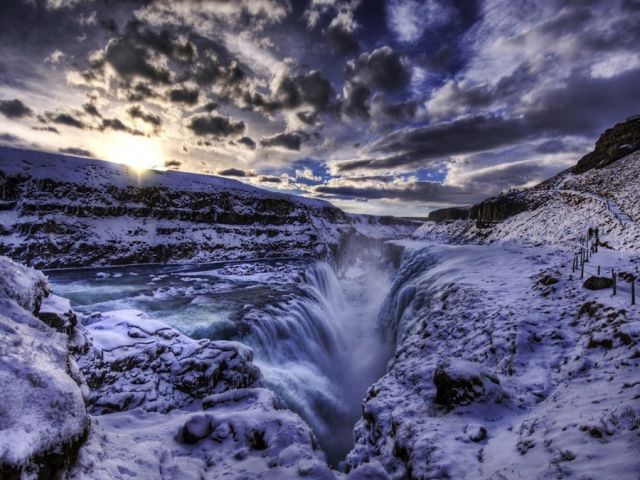 Iceland features some of the most alien landscapes in the world, from huge, partially frozen waterfalls, to the Northern Lights and insane sunsets and sunrises, to miles of barren tundra; not to mention an outgoing population who's down to party. 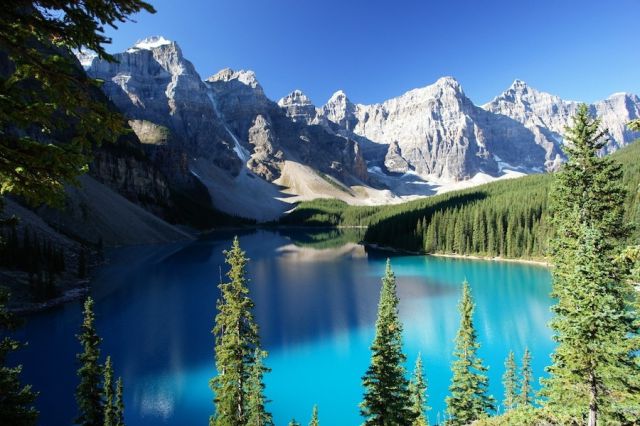 You'd think a lake is a lake, but surely not. At least not Moraine Lake. Up in Alberta, Canada, Moraine is uniquely astounding because when it's full, the intensely light rock from the surrounding mountains refracts, creating a neon, mind-blowing shade of blue. Plus, you know, the whole area is pretty amazing in the first place. 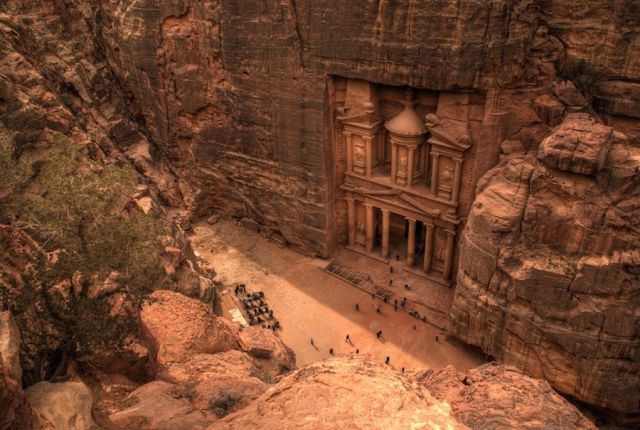 Built around 1200BC, Petra is an ancient city of Jordan, renowned not just for the fact that it's entirely built inside "towering rocks," but for its intricacies therein. The city was able to constructed in the desert because its designers, the Nabataeans, redirected waterways, creating an artificial oasis--the center of their caravan trade, and a fortress. 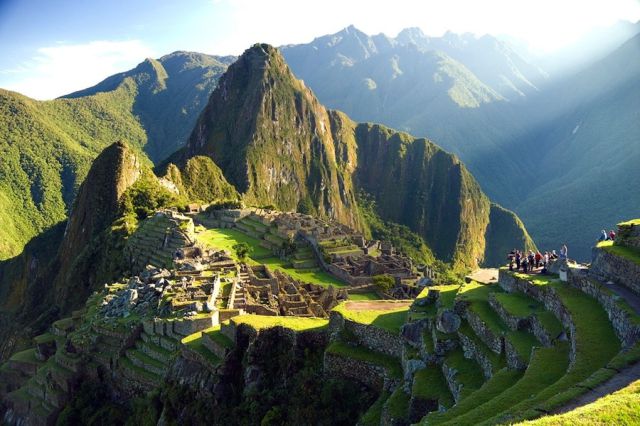 Located almost eight thousand miles above sea level in Peru, Machu Picchu is one of the most amazing feats of architecture in the world. While you might think it's a pretty weird place to put a city, you'd be wrong: most believe it was an estate for the Inca emperor Pachacuti, who really must've need to take some time away from it all. 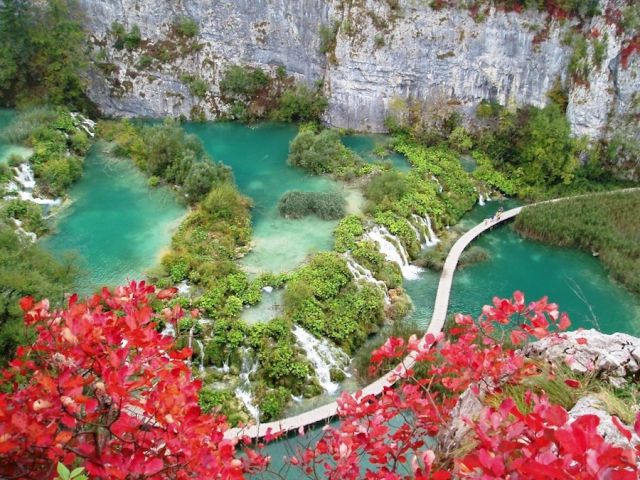 Plitvice is the oldest national park in Southeast Europe, and the largest in Croatia. Its views are something that few would expect in Europe at all, and the fact that it remains relatively untouched (aside from a few walkways), makes it all the better. 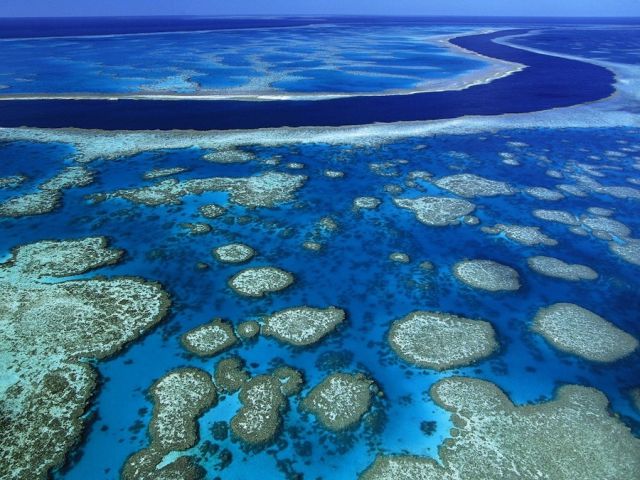 Composed of over 2900 individual reefs, the Great Barrier Reef is the largest of its kind in the world - so large it can be seen from outer space - and also the biggest single structure made by living organisms. Due to coral bleaching from pollution, this is a site to see asap. 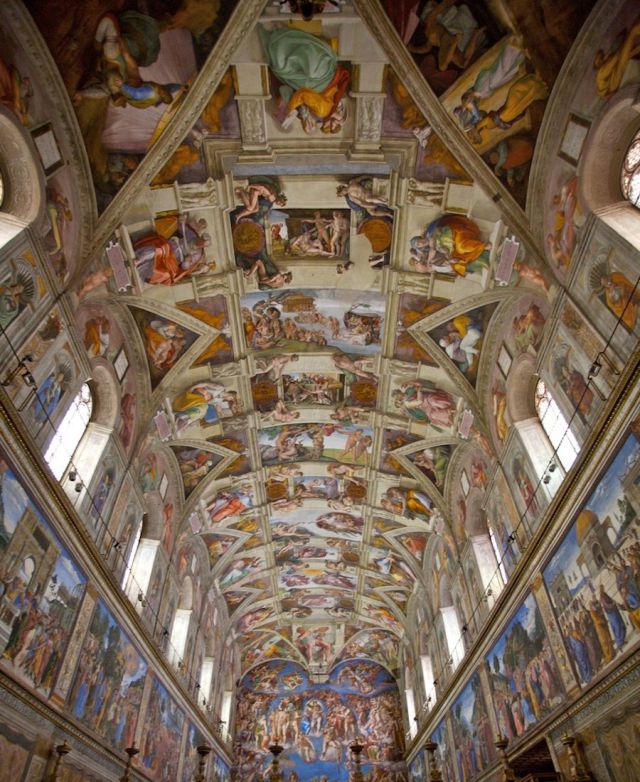 Honestly, with some of the most prominent works by some of the most famous Renaissance artists - like Michelangelo, Sandro Botticelli, and Pietro Perugino - how could you not want to take a quick look at the Sistine Chapel? I mean, it's in Vatican City, which is pretty worth checking out on its own. 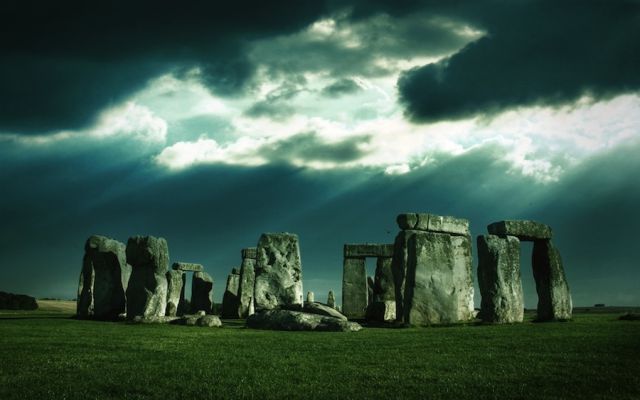 Considering all the theories surrounding Stonehenge, it seems pretty likely that it'll have to do with the apocalypse anyway, so you might as well see the harbinger in person before it all goes to hell. 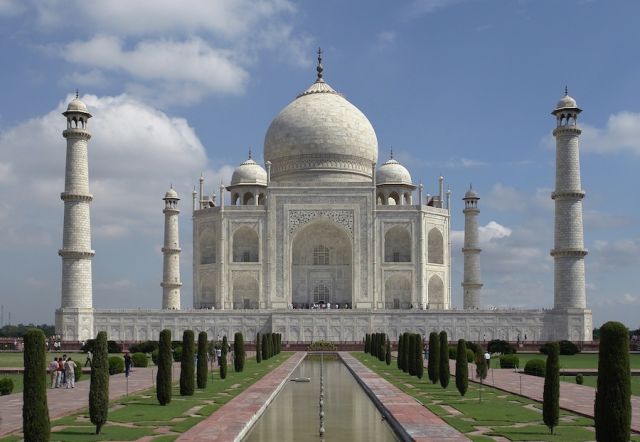 The Taj Mahal is considered "the jewel of Muslim art in India and one of the universally admired masterpieces of the world's heritage," which should be reason enough to visit its vaulted walls and beautiful gardens; but what's more, it was built from 1632-1653 by the Mughal emperor Shah Jahan in memory of his third wife, Mumtaz Mahal. Now that is some serious devotion. 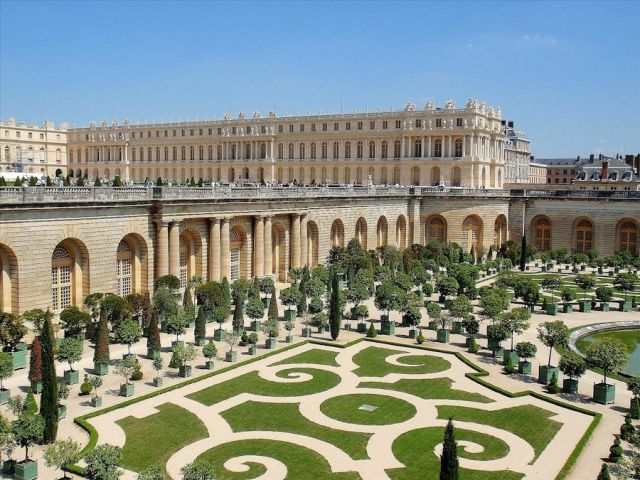 The pinnacle of absolute monarchy and the indulgence of the ancien régime in France, Louis XIV transformed this former hunting lodge into one of the most expansive palaces in the world. So indulgent was it, in fact, that Louis had all records of how much it originally cost to build destroyed, though the estimates range from $2 billion up to almost $300 billion in today's dollars. 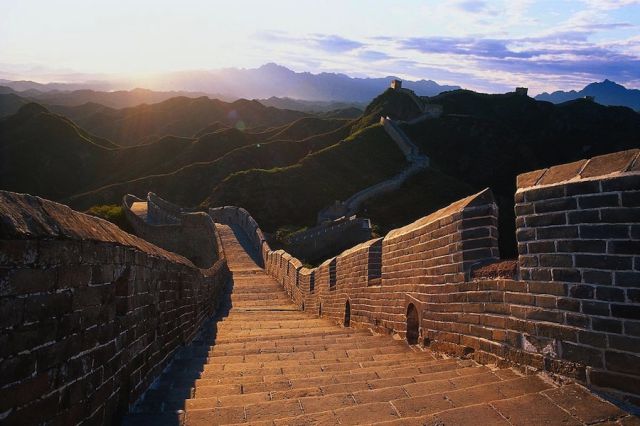 Construction of the Great Wall began in the 7th century BC and continued for hundreds of years. It's the longest fortification ever built, constructed to thwart invasions of Mongolian and Manchu enemies. At its height (well, length), it was more than 3700 miles (6000km) long. 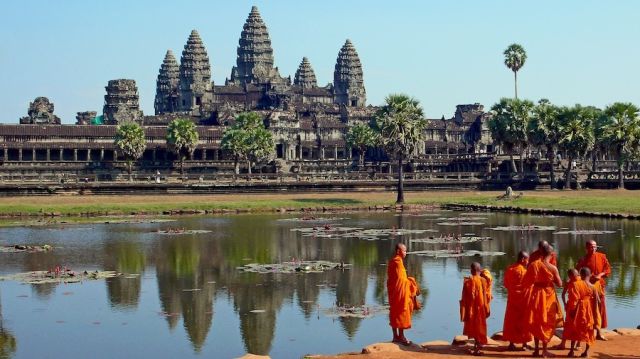 Angkor Wat is a temple complex surrounded by a moat, built by Cambodian king Suryavarman II in the early 12th century to serve as the state temple and capital city. The symmetry and "harmony" of its design has been compared to the most famous architecture of ancient Greece and the Romans.

Church of Our Virgin Mary of Zion 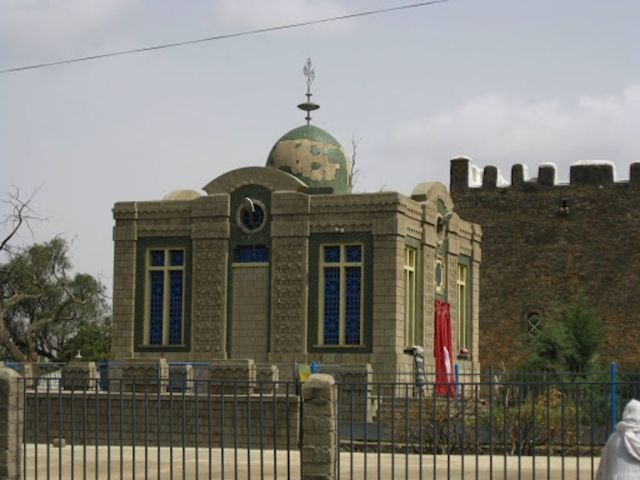 Located in Axum, Ethiopia, this site is important - like Stonehenge - when we're talking about the apocalypse. Contained within this tiny structure is supposedly the Ark of the Covenant, aka where the tablet with the Ten Commandments is supposed to be. Something crazy will probably go down here before the end of the world.

orendadude 10 year s ago
I would go to all of these places but most important place to visit is between Mila Kunis's legs!
Reply
1

Fenrisulven 10 year s ago
You will be standing on the South Pole before before getting there ;)
Never underestimate the power of large crowds, of stupid people.
Reply
0

Ida 10 year s ago
Ehhm.. Norway does not have much of a eastern coastline. The only thing we got to the east are sweedes. The western coast on the other hand is packed with fjords..
Reply
0