Now you know all the truth…

The Average Person Unknowingly Swallows Eight Spiders A Year In Their Sleep!

This is wrong, and thank goodness it is. This was actually made up by a journalist in the '90s as a way to prove how the nascent medium of email was being used to spread misinformation. Snopes has the lowdown on our great national spider-eating nightmare.

Eating Carrots Helps You See In The Dark!

Wrong, but this misconception helped the Allies win World War II. The British came up with a type of radar that helped them see Nazi planes at night, but didn't want the Nazi's to figure out how they were suddenly shooting down bombers. So they ran a disinformation campaign about how carrot-heavy diets were helping their soldiers see better at night.

Undercover Police Have To Let You Know They're Cops If You Ask Them!

Hey dude, you're not a misconception, are you? Undercover cops don't have to reveal themselves, that is the whole point of going undercover. 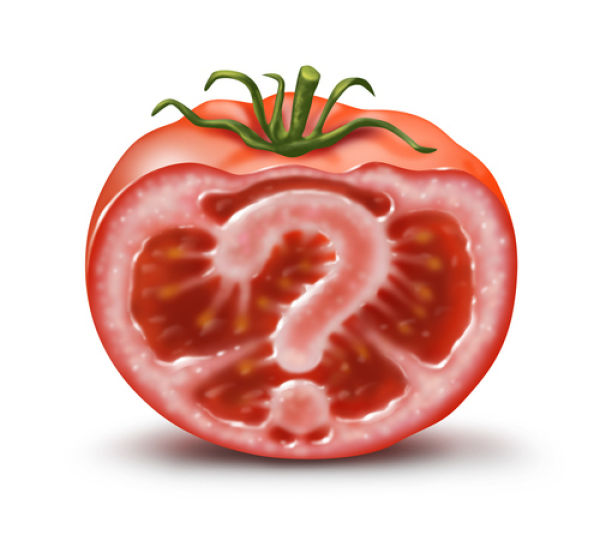 Nice try. Tomatoes, under botanical classification, are fruits. The U.S. Supreme Court might classify them as a vegetable, but this is ONE situation where the wit and charm of a bunch of very dour people in black robes isn't the final say.

Goodness gracious is this wrong. It's the perfect storm of misconception, because chewing gum IS less digestible than normal food, the number 7 is naturally very appealing, and people love pseudo-scientific "Told you so" warnings.

Put Urine On A Jellyfish Or Stingray Sting To Ease The Pain! 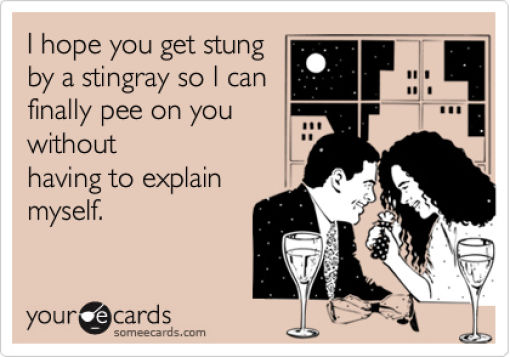 Do not do this unless you want it to hurt more. It's unclear how a rumor like this gets started, likely a disaffected oceanography student or vicious pro-urine propaganda from the jellyfish lobby. Either way, don't do it.

Dogs' eyes are good enough to see the fallacy in this statement. This is a surprisingly common misconception, especially given the trillions of YouTube videos of dogs barking at mirrors, TVs, and even paintings.

Tapping A Can Of Soda Stops It From Exploding When You Open It! 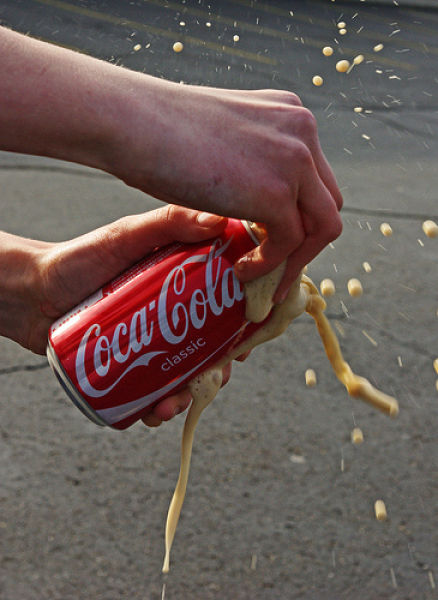 If you believe this, you are so(da) wrong. Tapping the side of a soda can before opening it doesn't do anything. In fact, it only agitates the soda more. And agitated soda is dangerous soda.

Blood Is Blue When It's In Your Veins!

Incorrect, no matter what someone claims about it being "deoxygenated." Our blood is always red, according to doctors and horror movies. It just sometimes looks blue through our skin because of light scattering.

You Are Born With All The Brain Cells You'll Ever Have!

Wrong, but this one is really science's fault. Until very recently everyone believed this to be true, and it was the kind of single-sentence advice that propagated from parents to children very effectively, since it was a great official-sounding reason behind valuable common sense.

A Penny Dropped From The Empire State Building Could Kill Someone! 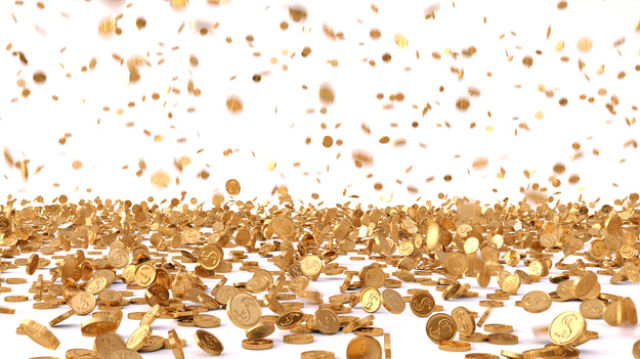 A penny never killed anyone. It's got a terminal velocity of about 40 miles per hour, so while it would likely hurt, it would not shatter your skull.

Touching A Toad Will Give You Warts!

This misconception is a "wart" on society's understanding of biology. People get warts because of viruses that are unique to humans. Toads have bumps, but they're not warts, that's just what toads are shaped like. So not only is this wrong, it's also shaming innocent toads.

orendadude 9 year s ago
#12-I bet the puppet was glad to hear that.
Reply
0

August 9 year s ago
The urine thing is actually sort of true since it's PH value helps release the nettles, it's however no better than for instance bottled water. The reason is simply that you almost always have urine at hand.
Reply
0

So what you're saying is that you always have to go when around jellyfish.
Reply
0

Mission 9 year s ago
also with the carrot one, i think you made find that recently scientists have found that carrots can actually improve sight
Reply
0

Intact 9 year s ago
#2 - type of radar that lets you "see" in the dark - where the hell did you get your information from???
radar DOES NOT DEPEND on sight - you dont "see" except on your screen - radar is based on "sound" NOT "sight" - day or night - radar works.
Reply