Magnificent Real-Life Castles That Look like They Were Built in Fairy-tales! (29 pics)

One of the grandest private residences in Britain, this beautiful estate has been home to the Howard family for over 300 years. 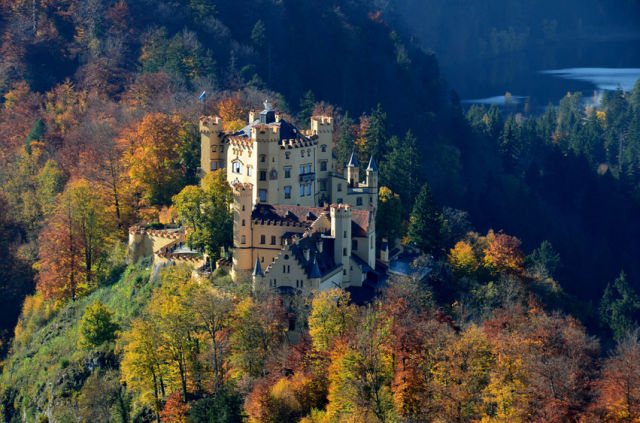 Schloss Hohenschwangau is a 19th-century palace in Germany, which receives more than 300,000 visitors per year. 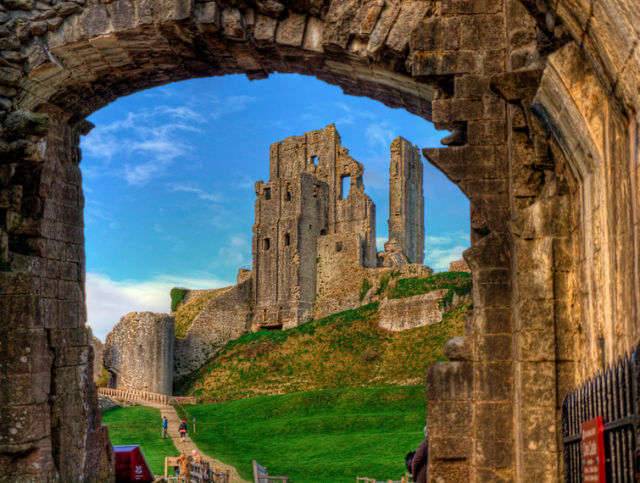 Corfe Castle is a fortification that dates back to the 11th century, designed by William the Conquerer. 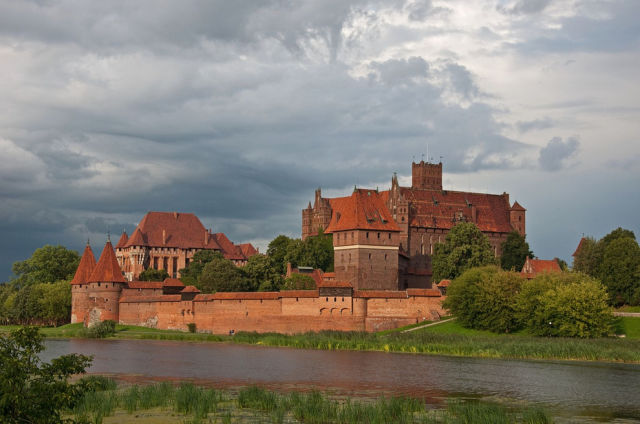 Malbork is the largest castle in the world (surface area), and the largest brick building in Europe. 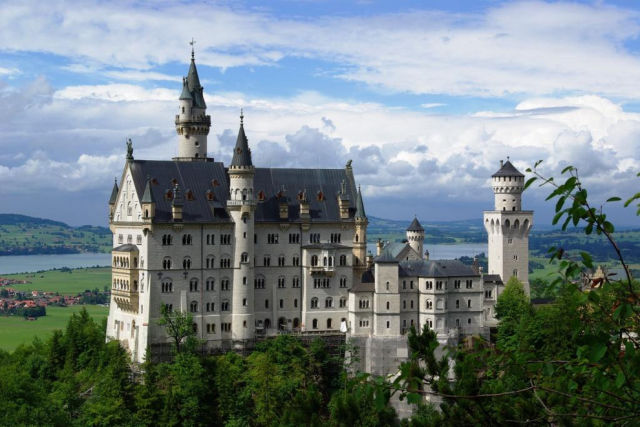 Ludwig II of Bavaria paid for this palace out of his own fortune, serving as a personal refuge. After he died in 1886, Neuschwanstein opened to the paying public and has since had over 60 million visitors. 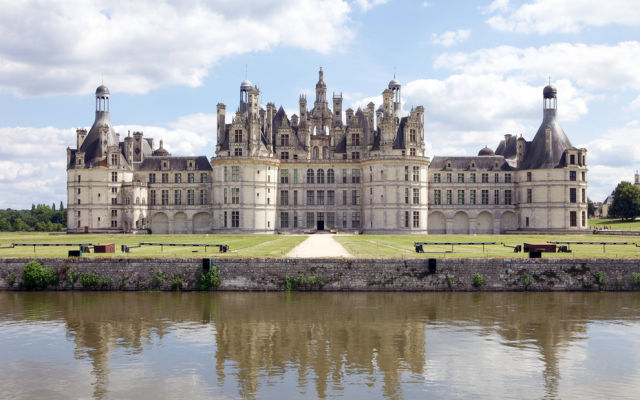 This palace was built to serve as a hunting lodge for François I, and has very distinct French Renaissance architecture. It opened to the public in 2007 and has drawn in more than 700,000 visitors. 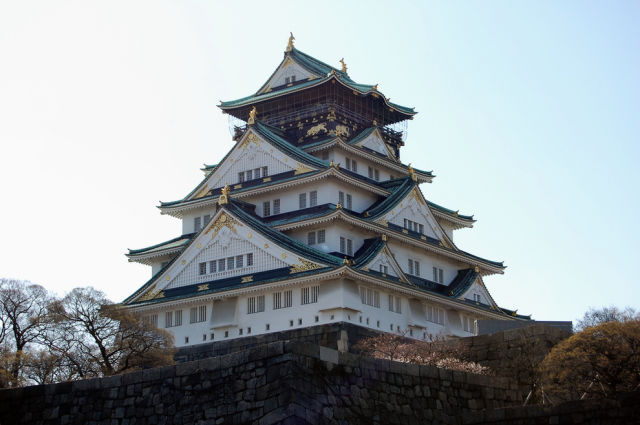 One of Japan’s most famous castles, Osaka has a five-story exterior and an eight-story interior. It was built atop a tall stone foundation to protect its occupants from attackers during the 16th century. 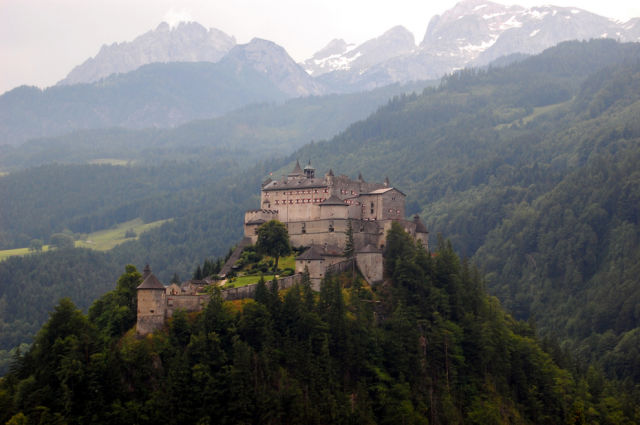 This 11th-century castle is surrounded by the Berchtesgaden Alps and the Tennengebirge mountain range. Exterior shots of the castle were used as a French hotel in the movie Just Married. 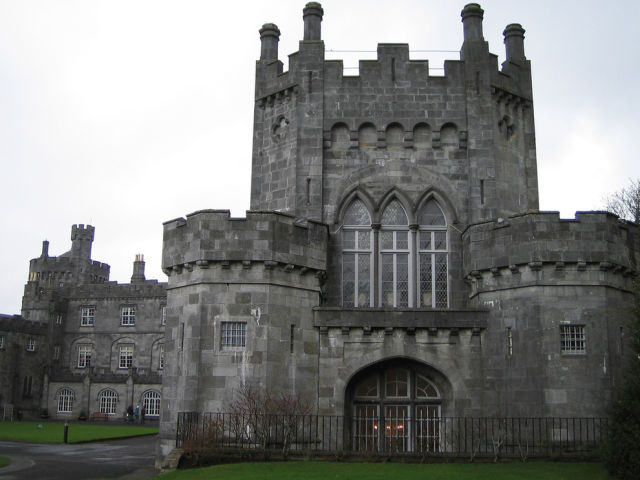 Kilkenny was built in 1195 by William Marshal and now serves as a conference and graduation venue. 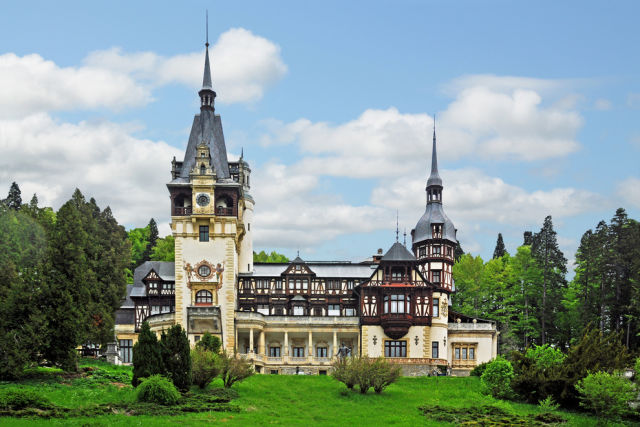 This Neo-Renaissance castle is located in the Carpathian Mountains, built between 1873 and 1914. 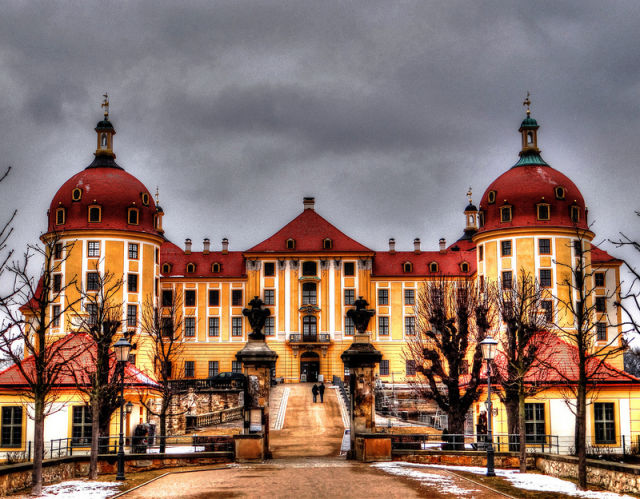 Named after Duke Mortiz of Saxony, this palace lies on artificial land and is surrounded by woodlands used for hunting. 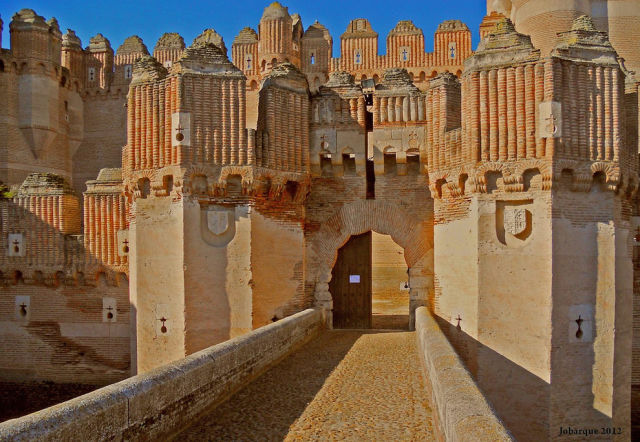 This castle was built on the site of ancient Cauca, the birthplace of the Roman emperor Theodosius. The castle now serves as a training school for foresters. 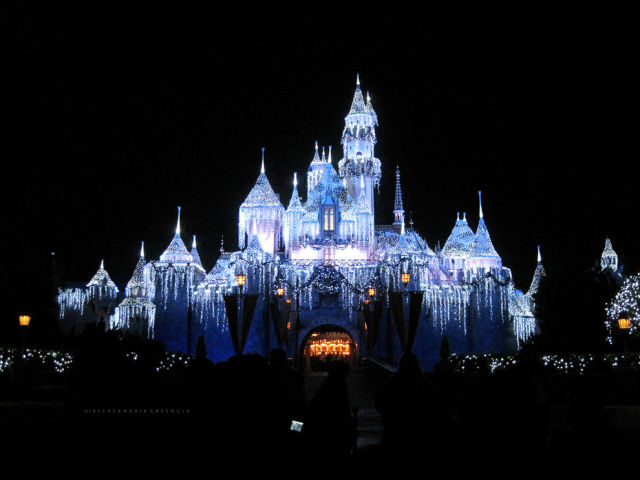 The Sleeping Beauty castle was inspired by Neuschwanstein (#5 on the list) and stands as a landmark in Disneyland. 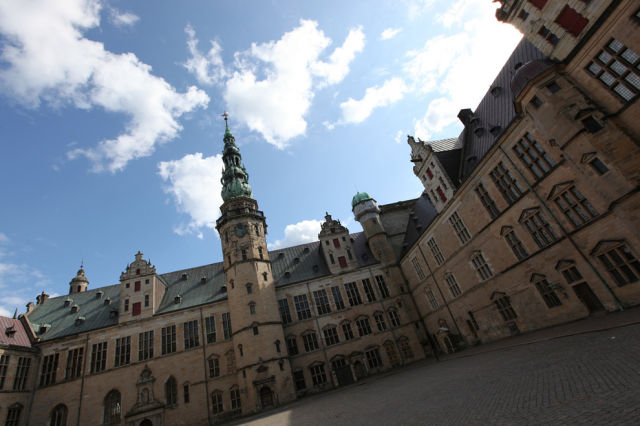 Built in the 1420s, Kronborg is one of the most important fortifications in Northern Europe. It has been immortalized as Elsinore in William Shakespeare’s Hamlet. 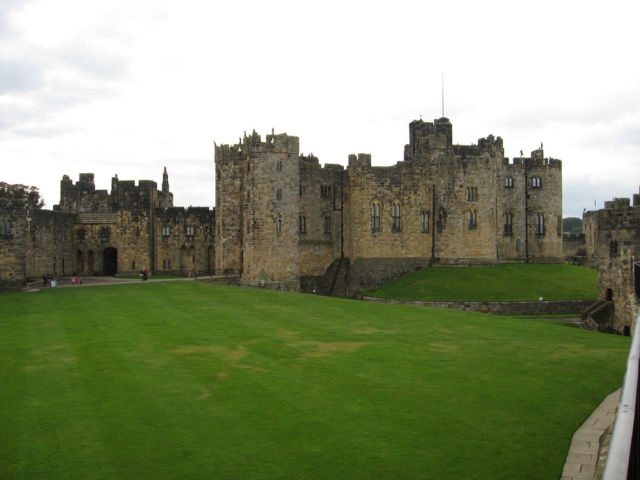 Alnwick’s interior and exterior was used to film Hogwarts scenes in the Harry Potter films and has roughly 800,000 visitors per year.

This 12th-century palace is positioned upon the volcanic Castle Rock and has become a recognizable symbol of Edinburgh. 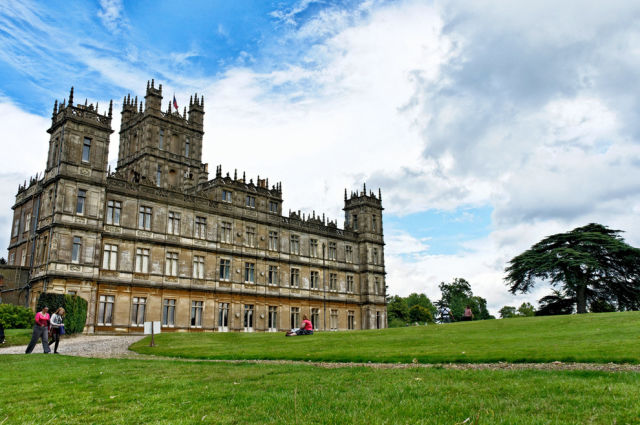 Highclere is a 19th-century castle that serves as the main filming location for the hit-TV show Downton Abbey. 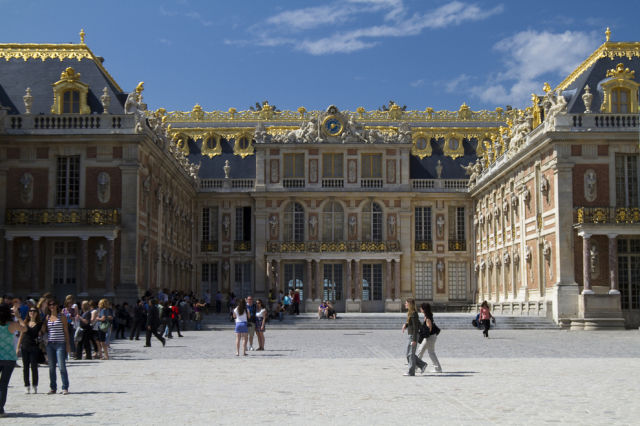 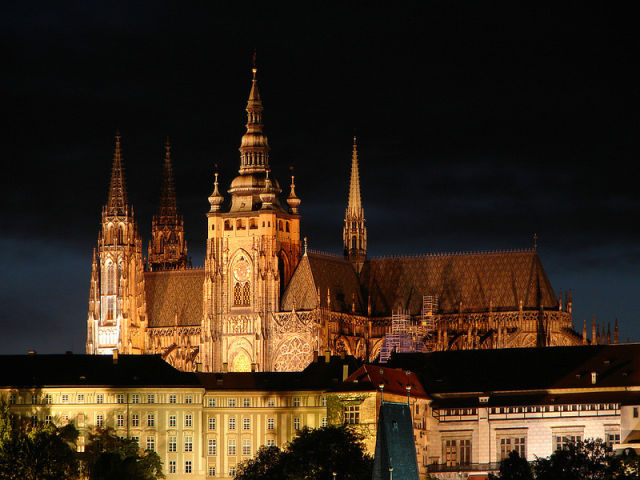 Prague Castle was named the largest ancient castle in the world by the Guinness Book of Records, occupying 70,000 square meters. 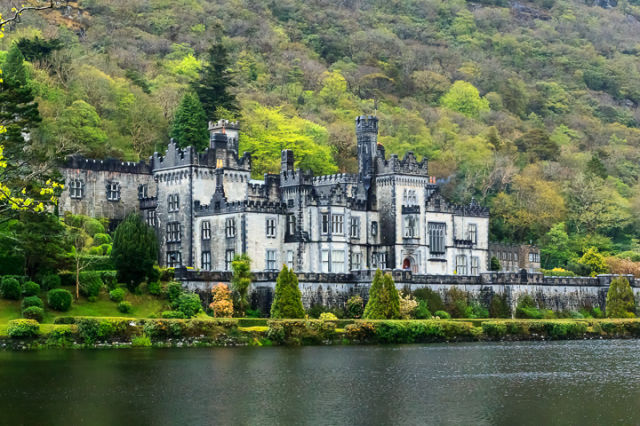 Kylemore was built as a private residence for wealthy London doctor, Mitchell Henry. The estate was sold to the Duke and Dutchess of Manchester in 1909, but they were forced to sell due to gambling debts. 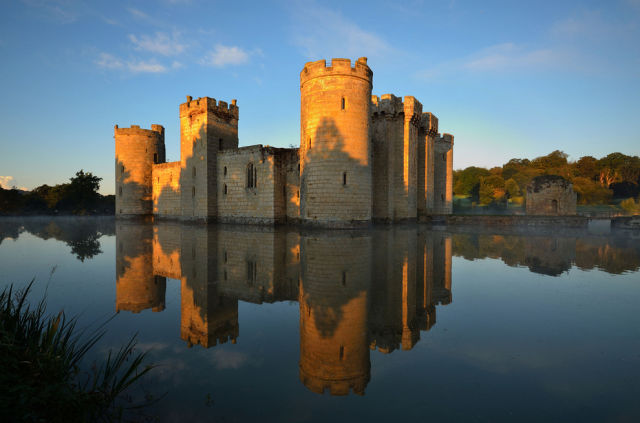 This 14th-century moated castle was built by Sir Edward Dalyngrigge to defend the area against French invasion during the Hundred Years’ War. 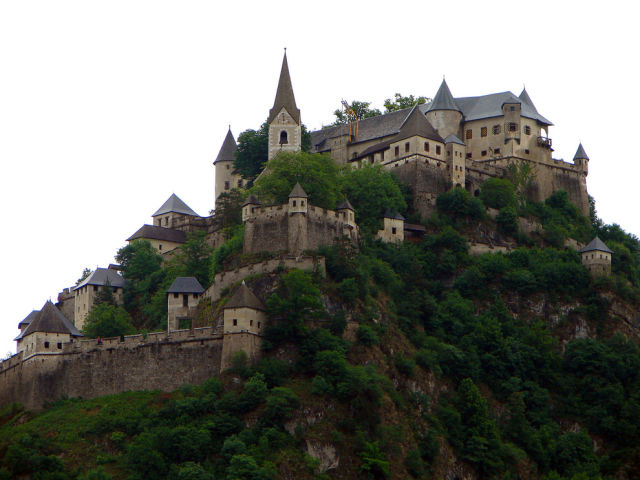 One of Austria’s most impressive medieval castles, Hochosterwitz sits 520 feet high and can be seen 19 miles away on a clear day. 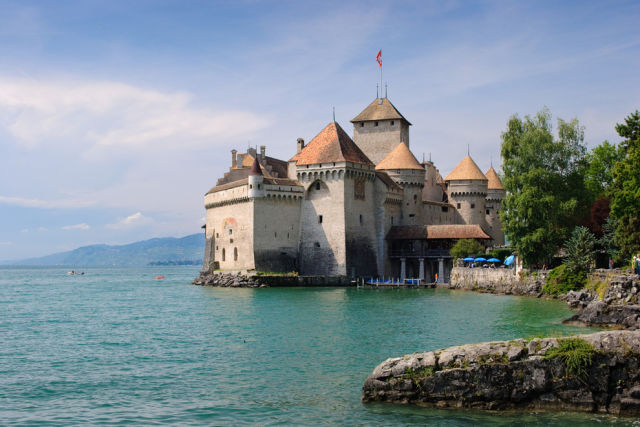 This island castle consists of 100 individual buildings, merged into the palace it is today. 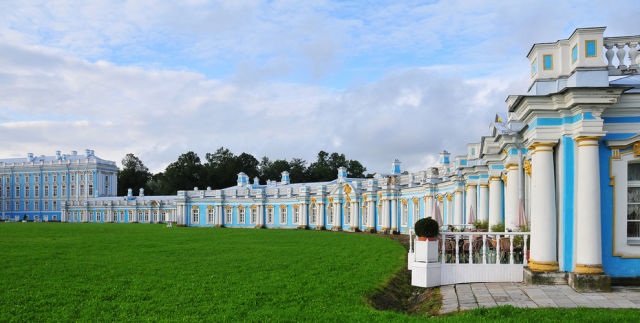 This residence began construction in 1717 and was built for Catherine I of Russia to provide a summer palace for her pleasure. In 1752, it was redesigned in Rococo style. 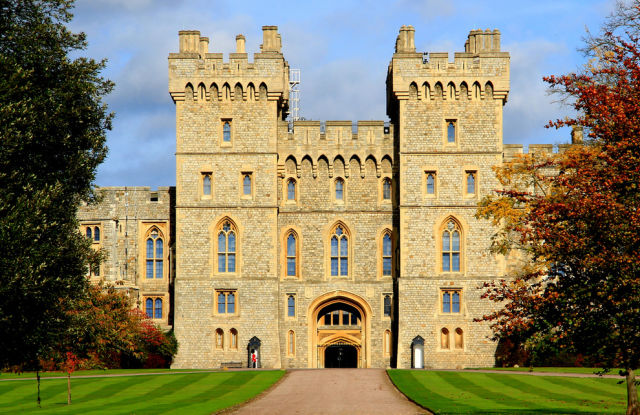 This 11th-century royal residence is the longest-occupied palace in Europe. 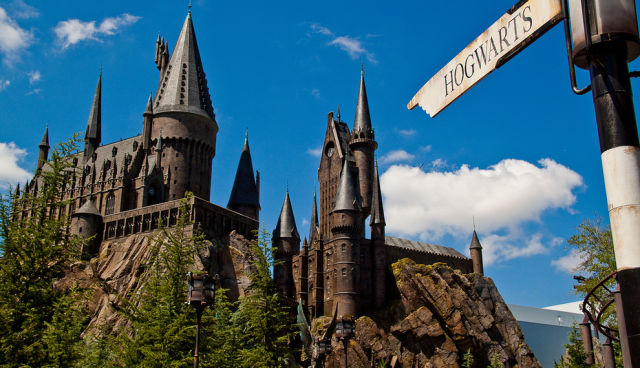 Based off the wildly successful Harry Potter films, Hogwarts was brought to life at Universal in Orlando, Florida. 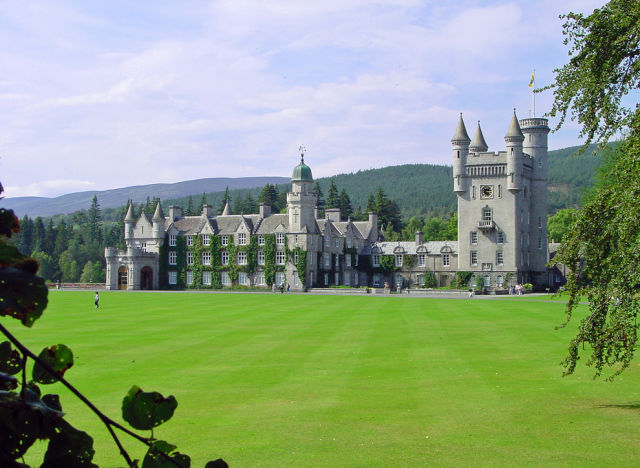 Balmoral has been a residence of the British Royal Family since 1852, when it was purchased by Queen Victoria and her consort, Prince Albert. 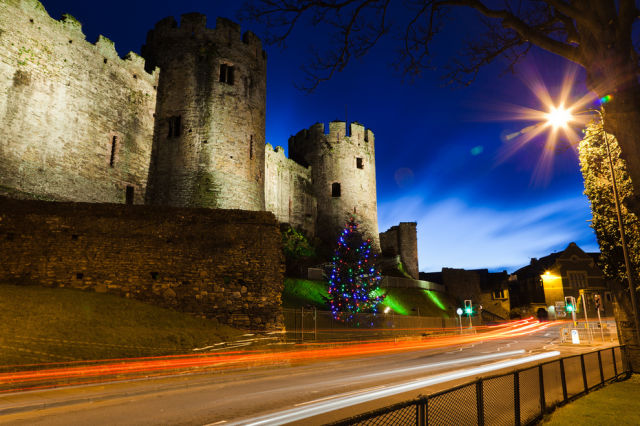 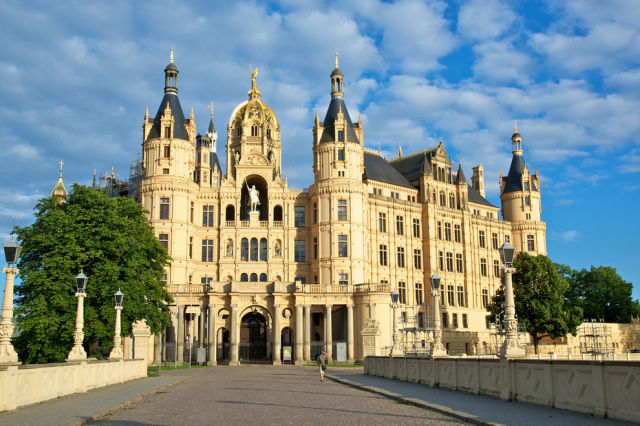 First reports of the castle were made in 973, and currently serves as the seat of the state parliament.

izabeladarraj 8 year s ago
Europe is an amazing place to live.
Reply
3

Fenrisulven 8 year s ago
Yup, but almost none of us live in such castles though. Just sayin...
Never underestimate the power of large crowds, of stupid people.
Reply
0 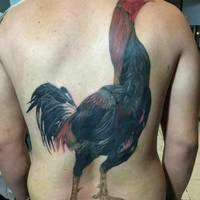 Lula 2 year s ago
#28 "This medieval fortification was built by Edward I in 1283 and cost roughly £15,000" - and if they didn't keep printing money out of nothing it wouldn't be unreal to build a single-family home (not a castle) for 15 grand today.
Reply