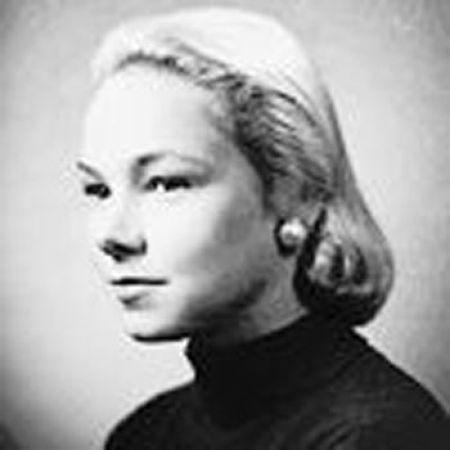 Heiress is one of seven billionaire relatives with a combined net worth of $26 billion thanks to vast wealth created by Cargill, the largest private company in the U.S. The family owns an 88% stake in the company whose 2010 sales were $107.9 billion. Cargill announced in January that it would spin-off its 64%, $24.3 billion stake in Plymouth-based fertilizer maker Mosaic–a move that is said to free up cash and enabling it to remain a private company. William Cargill, son of Scottish sea captain, founded Iowa grain storage business after Civil War. Will’s son-in-law John MacMillan took control 1909. No family member has run the company since Whitney MacMillan stepped down as chief executive in 1995. 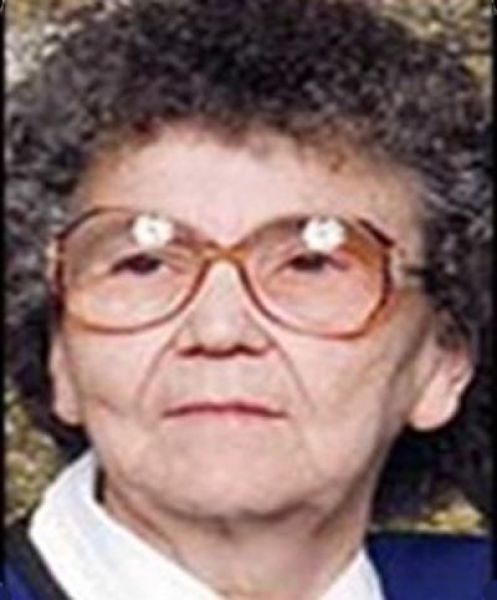 Heiress is one of seven relatives on Forbes 400 thanks to vast wealth created by Cargill, the largest private company in the U.S. in which the family owns an 88% stake. Cargill makes money in all areas of food production from stable to table: animal feed, meat, crops; also runs large commodity trading and risk management operations, one of its hardest hit divisions. Fiscal 2010 sales were down 6% to $107.9 billion; net earnings down 22% to $2.6 billion. William Cargill, son of Scottish sea captain, founded Iowa grain storage business after Civil War. No family member has run the company since Whitney MacMillan stepped down as chief executive in 1995. 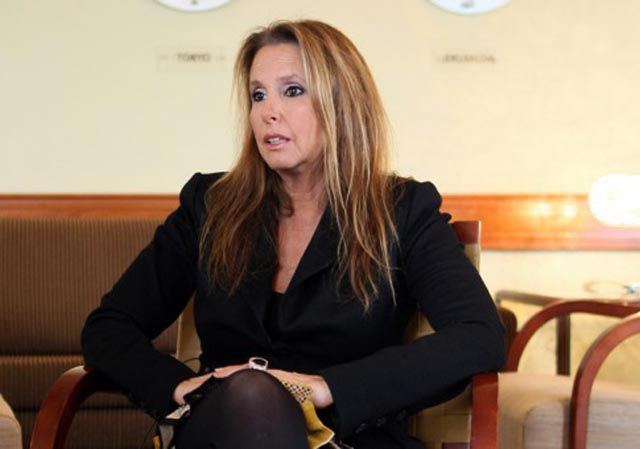 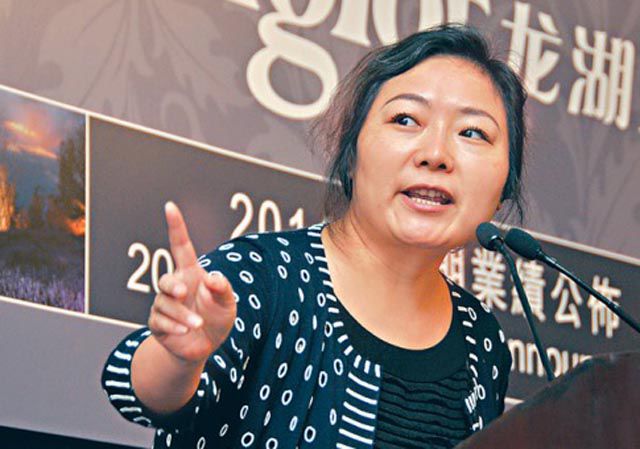 The richest self-made woman in the world is a former journalist. Wu graduated from the Department of Navigation Engineering of the Northwestern Polytechnical University in 1984, and from 1988 to 1993 worked as a journalist and editor with the China Shirong News Agency. Shares in Wu’s Hong Kong-listed real estate developer Longfor Properties rose by a quarter from a year earlier, and contract sales for 2010 soared 81% from a year earlier to $5 billion. From its roots in Chongqing in central China, Longfor has been expanding in relatively profitable markets in first-tier cites. Longfor listed its shares in Hong Kong Nov. 2009. Wu shares her fortune with her husband, who also holds a stake in the company. 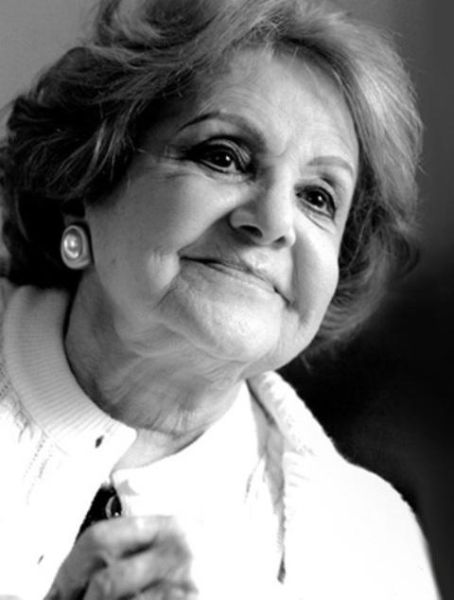 Widow and her children control one of Brazil’s largest steelmakers, Companhia Siderugica Nacional (CSN). She is not involved in running the business; son Benjamin serves as chairman and chief executive of CSN; company made an unsuccessful bid for Cimpor, Portugal’s largest cement manufacturer, last year. Family also owns Banco Fibra; son Ricardo is chairman of the board. 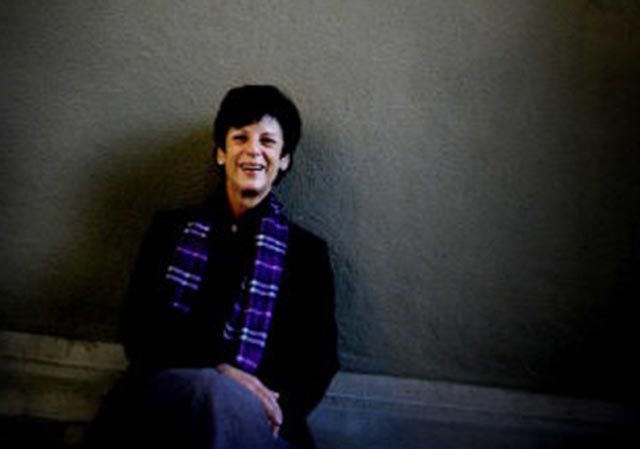 One of Sweden’s richest women. In 1982 succeeded her father as head of the Axel Johnson Group, a diversified trading company founded by her great-grandfather in 1873. The privately held $6.3 billion (sales) group has interests in everything from energy to telecom to real estate. Axfood AB, in which it holds a 46% share, is one of the largest food operations in Scandinavia. Attended Radcliffe College in Cambridge, Mass., as an exchange student in the early 1960s. Avid horsewoman and member of numerous Swedish charities, including the World Childhood Foundation. 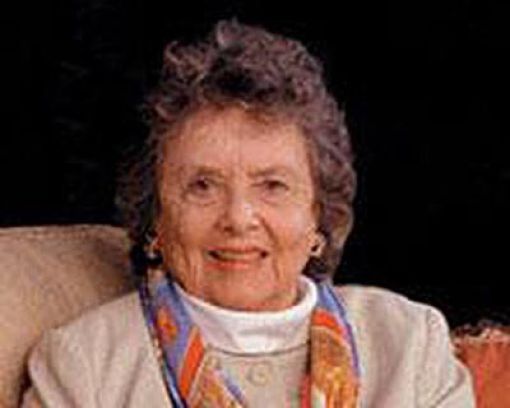 Granddaughter of Cox Enterprises founder James M. Cox (d. 1957), Parry-Okeden inherited 25% stake in business after mother, Barbara Cox Anthony, passed away in 2007. Not active in family business, Parry-Okeden lives in near anonymity in Australia, making her one of that country’s richest residents. Brother Jim, who also got a 25% stake, is chairman of the nearly $15 billion (revenues) group. 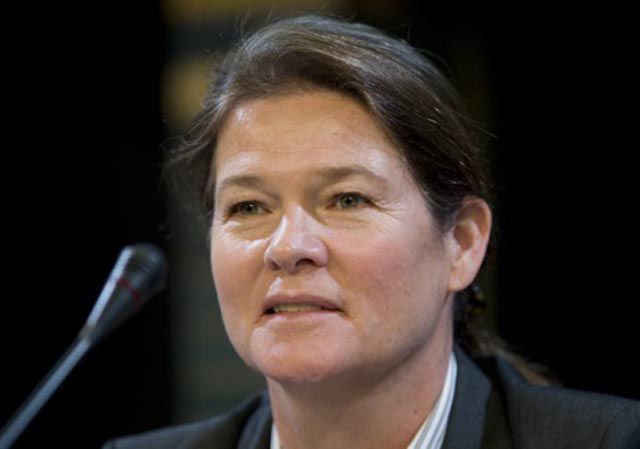 Inherited 25% stake in Dutch brewer Heineken nine years ago from her late father, Freddy Heineken. Company has more than 170 premium brands in more than 65 countries. Mother of five, studied law at the University of Leiden. Enjoys photography, music and architecture. She is also a member of St. Moritz’s elite Corviglia Ski Club. A delegate member of Heineken’s board of directors; her husband, investment banker Michel de Carvalho, sits on the supervisory board. 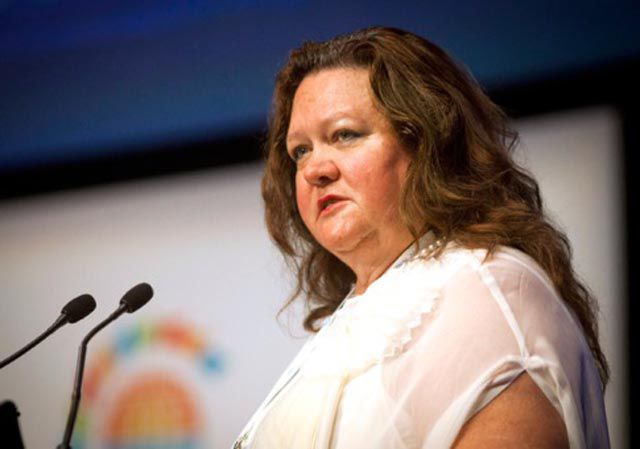 High iron ore prices and rising exports to China more than quadrupled her fortune in one year, but it was domestic issues that put her in the headlines. A new “super-tax” proposed by the Australian Government on iron ore and coal triggered a sharp reaction by the normally reclusive Rinehart who, in one cameo performance, mounted a flatbed truck with fellow iron ore billionaire, Andrew Forrest, to chant anti-tax slogans. That performance was followed by a surprise purchase of a 10% stake in a television network, perhaps to further her crusade against the mining tax. Rinehart is expanding her fortune via direct interests in mining, initially iron ore, but with coal likely to come if a trial mine performs as expected. 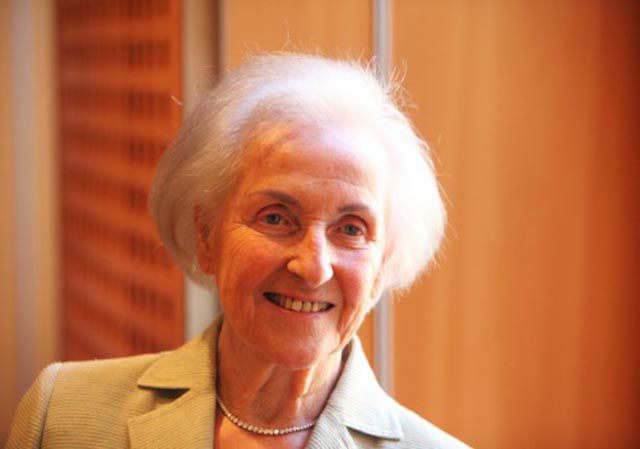 Former secretary and third wife of the late Herbert Quandt, German executive who rescued auto maker BMW from bankruptcy. Retired from BMW’s supervisory board in 1997; still owns 17% of the $72 billion (sales) auto maker. Her children, Susanne Klatten and Stefan Quandt, have large stakes as well and are also billionaires. Lives quietly in spa town of Bad Homburg near Frankfurt. In September 2010 was recognized by the German government for her cultural and social endeavors in support of journalism and learning. 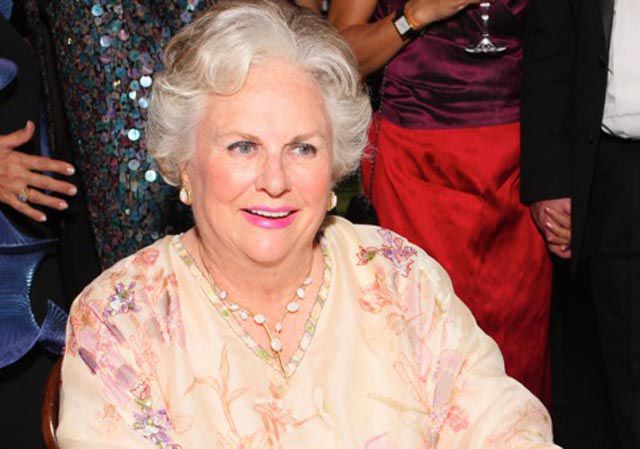 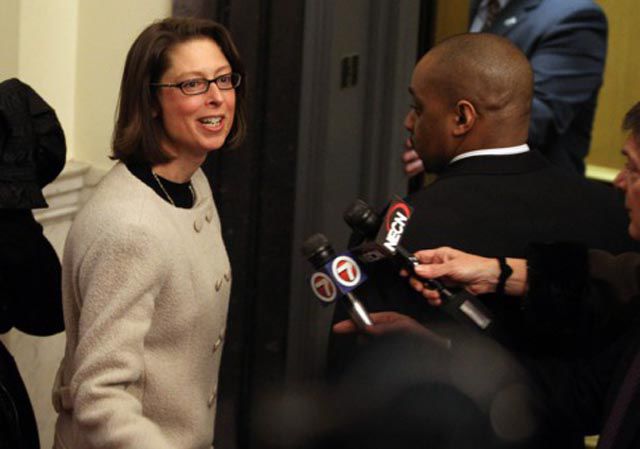 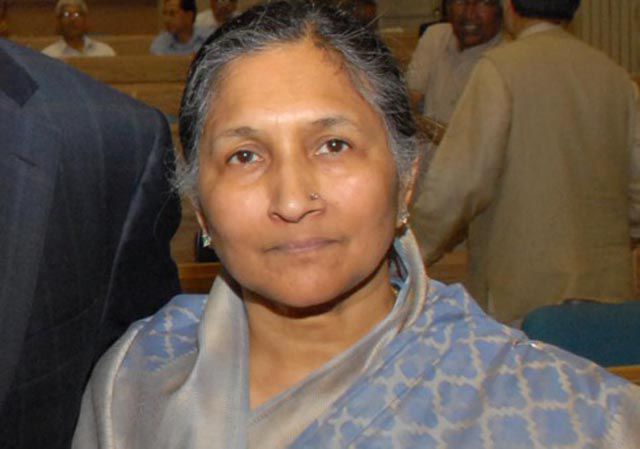 Chairs $12 billion (revenues) O.P. Jindal Group, a steel and power conglomerate founded by her late husband Om Prakash Jindal, who died in a helicopter crash in 2005. In practice, however, it is her four sons–Prithviraj, Sajjan, Ratan and Naveen–who run the businesses. Family’s biggest asset is Jindal Steel & Power, run by youngest son Naveen, a member of parliament. 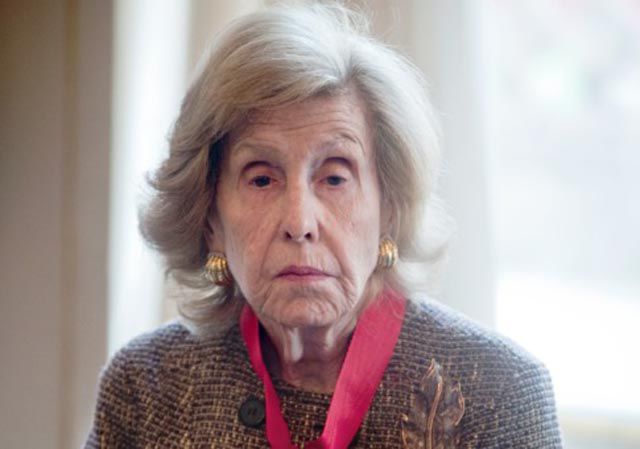 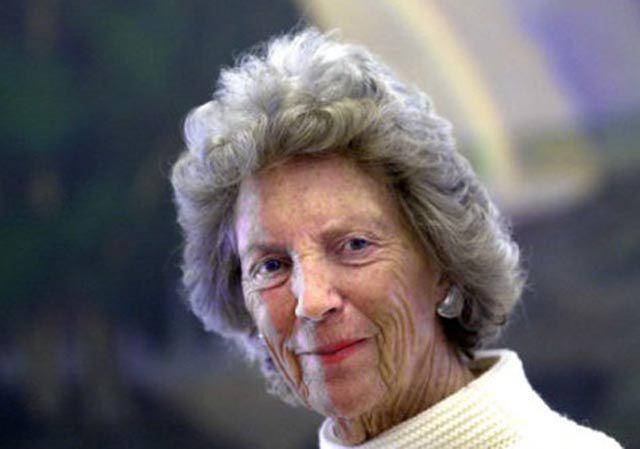 After death of her husband Gad Rausing in 2000, inherited packaging giant Tetra Laval along with her three children. In 1944 her father-in-law founded the company, which revolutionized the packaging of liquids such as juices and milk. Today the company employs 31,000 people in 165 countries. All of her children sit on Tetra Laval’s board. Son Jorn is head of mergers and acquisitions. Son Finn is chairman of the board of the Swedish R.R. Institute of Applied Economics, and daughter Kirsten is a horse breeder in the U.K. Birgit lives quietly in Switzerland. 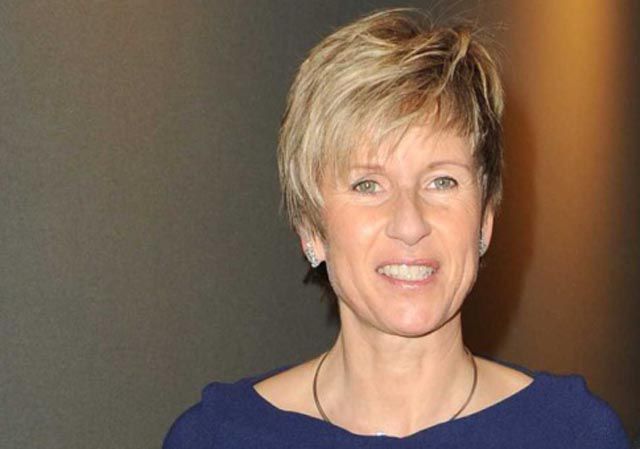 Inherited stake in automaker BMW from late father Herbert Quandt, who rescued it from bankruptcy in the early 1960s. A trained economist with an M.B.A., Klatten also inherited a 50% stake in chemical manufacturer Altana and has since increased her control of the company to 100% and delisted the firm. Also holds stakes in wind power outfit Nordex AG, carbon and graphite producer SGL, and Geohumus, a company that is developing a water storing granulate to be used in agriculture. In 2009 Klatten won a civil case against ex-lover Helg Sgarbi, who tried to blackmail her for millions in a salacious scandal. Sgarbi is currently in jail. Klatten’s personal fortune rose $3.5 billion in the past year. 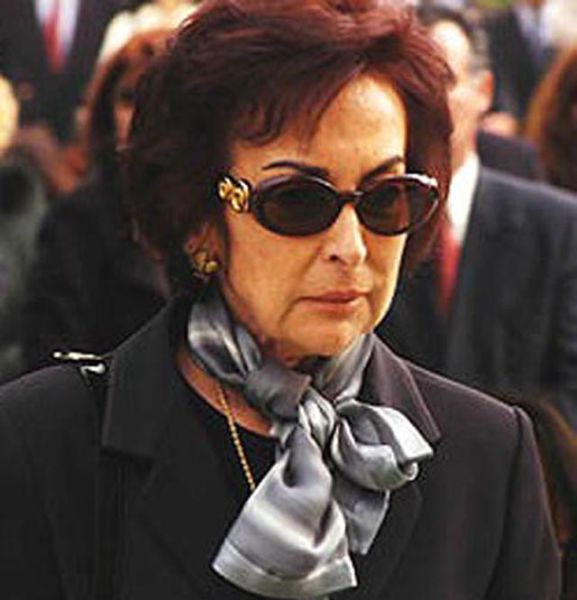 Second wife, and now widow, of billionaire Andronico Luksic, who died of cancer in 2005. Family controls Antofagasta, one of the world’s largest copper miners. Also holds shares in Quinenco, a consumer packaging and beverage maker, and Plava Laguna, a chain of Croatian beach resorts. Son Jean Paul serves as chairman of Antofagasta. Antofagasta shares have more than doubled in the past 12 months, largely accounting for the Fontbona family’s fortune increasing by $8 billion since 2010′s ranking. 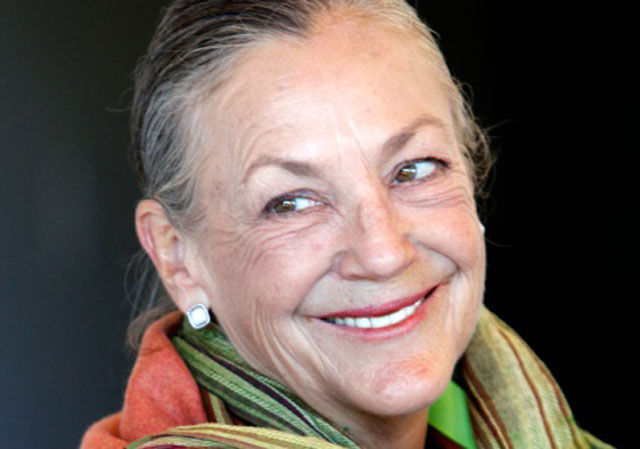 The Wal-Mart heiress’s Crystal Bridges Museum of American Art set to open in Bentonville, Ark., this November. While Wal-Mart’s shares are up just 5% over the past year, she collected roughly $420 million in dividends in 2010 and will rake in even more next year after the retailer raised its annual payouts by 20% starting this March. Her father, Sam Walton (d. 1922), a former clerk, founded original Bentonville store with brother James 1962. Today Wal-Mart has sales of $405 billion, employs more than 2.1 million people. 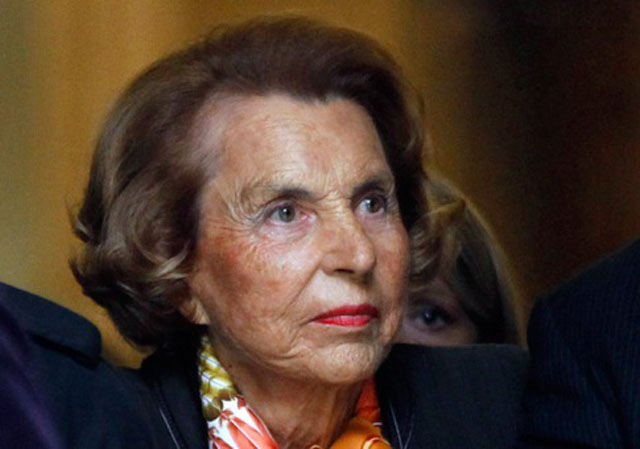 France’s richest woman is heir to French cosmetic giant, L’Oreal, founded by her late father. She became the focus of a sensational family scandal; in December mother and only daughter and heir, Francoise Bettencourt-Meyer, reconciled and dropped all court cases against each other. Daughter had petitioned courts in 2008 to investigate reported $1 billion worth of cash and gifts her mother allegedly gave to Francois-Marie Banier, 62, a well-known photographer, writer and painter whom she befriended. Daughter claimed, and Bettencourt hotly denied, that Banier took advantage of her mother, who became a widow in 2007. 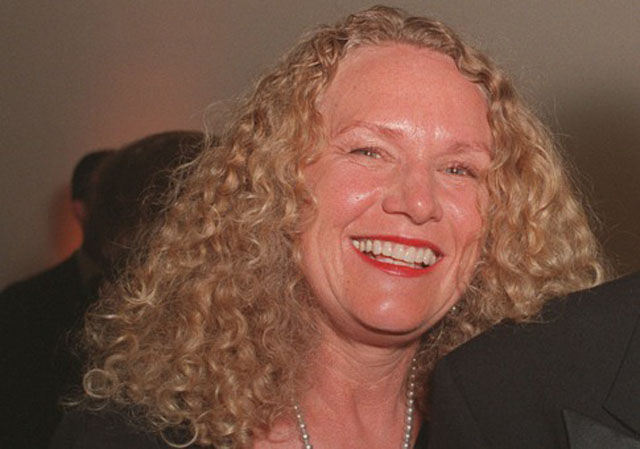 The widow of John Walton inherited her wealth after he died in an airplane accident in 2005. Repeating her 2010 title as world’s richest woman, she got an extra bump in her fortune because of her late husband’s early investment in First Solar; shares up nearly 500% since 2006 initial public offering. But the bulk still comes from her holdings in Wal-Mart, the retailer founded by her father-in-law Sam Walton and his brother James in 1962. The philanthropist supports museums, education and organic gardening.

But I can honestly say I've never heard of one of these women.
Reply
2

Fenrisulven 6 year s ago
Only one self made billionaire in this list?
Never underestimate the power of large crowds, of stupid people.
Reply
0

jeskris 6 year s ago
Too bad they are ugly as fuck. But in their case, I´m pretty sure that money actually CAN buy love.
Reply