For those of you who have trouble hanging on to money, the duct tape wallet will keep it stuck in your pocket. 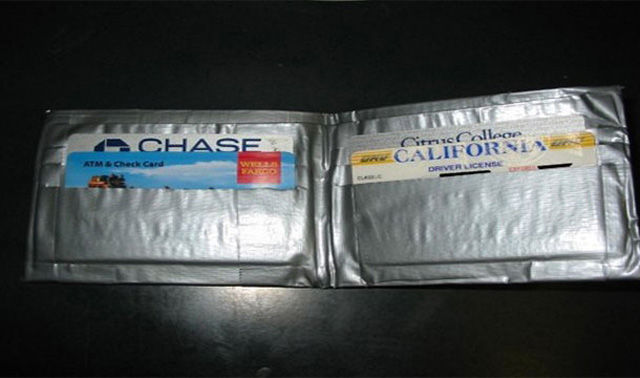 Who needs expensive Apple hardware when you have lot of shiny metallic tape? 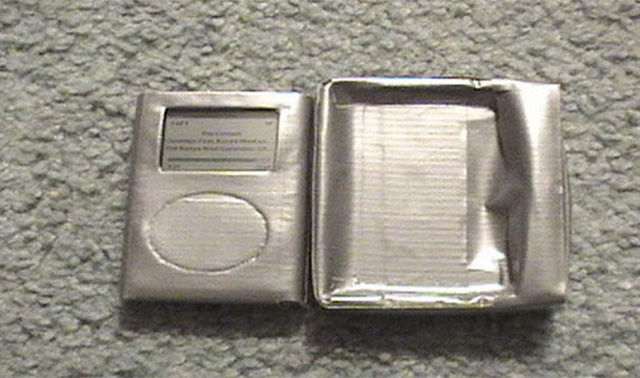 We’re not sure how or why all of your refrigerator shelves would break simultaneously, but if they do…duct tape. 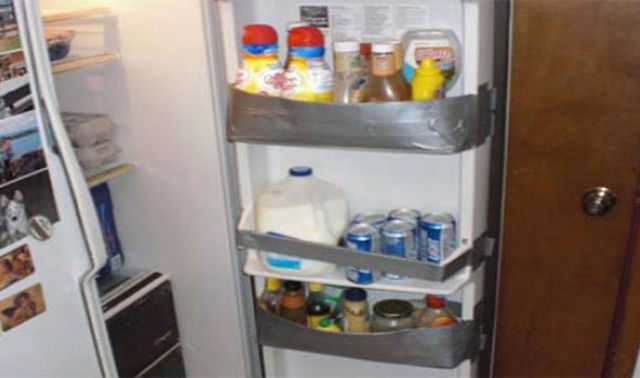 Sometimes lazy people are the most creative. 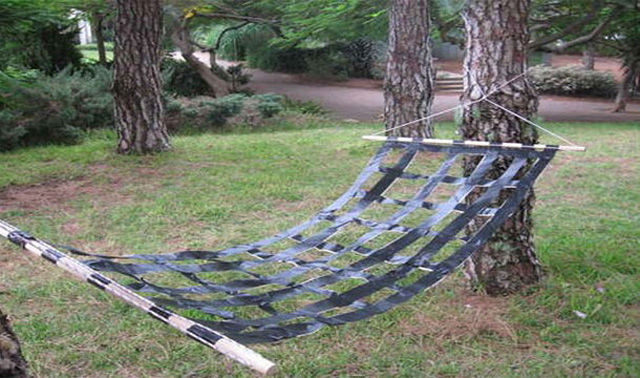 And you thought the hammock was crazy… 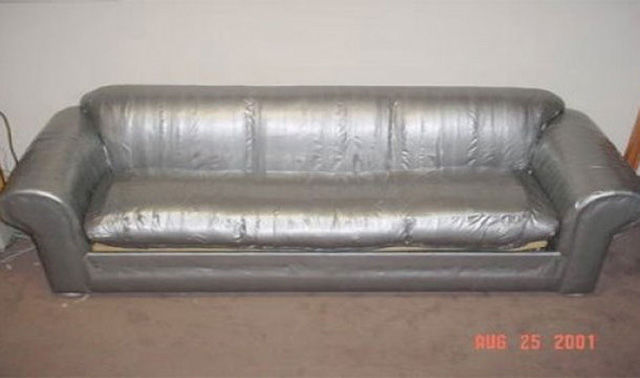 Or should we call it a necktape? 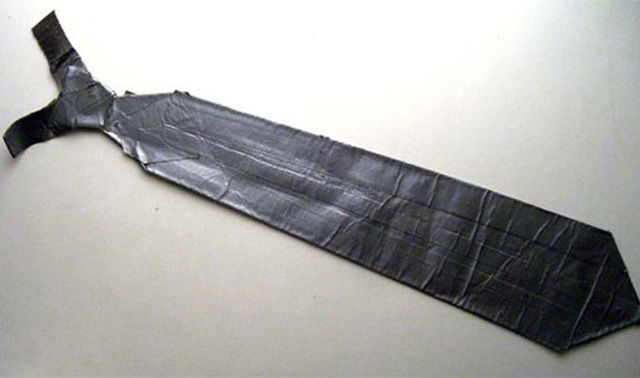 AKA, pimping your ride. 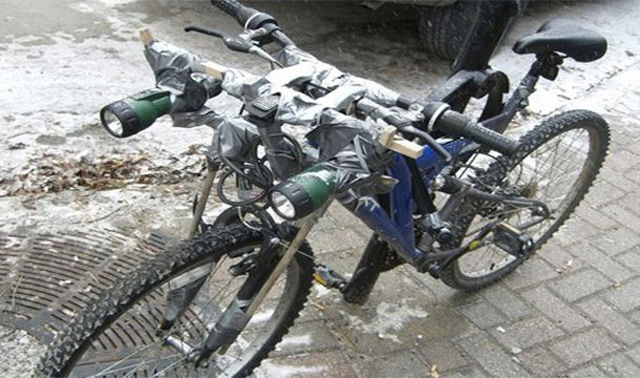 In case you’re not a fisherman though, there’s always… 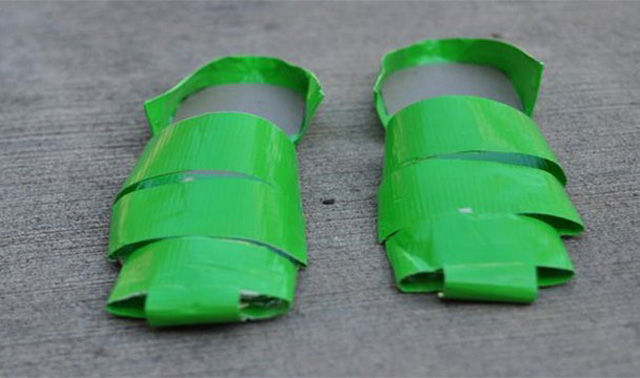 Although in extreme emergencies we advice against fashioning flip flops out of duct tape…unless it’s the last thing on your bucketlist. 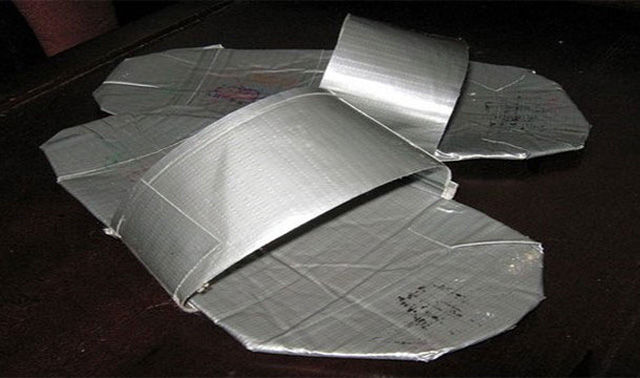 To be honest, this is probably closer to what you want to be doing with your duct tape in an emergency. 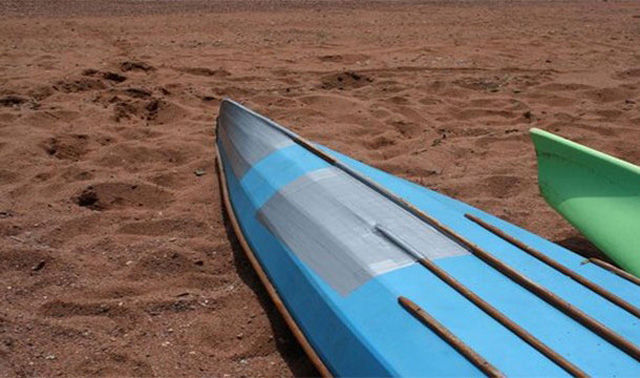 Although there are probably better ways to remove hair from your chest, there is none as manly. 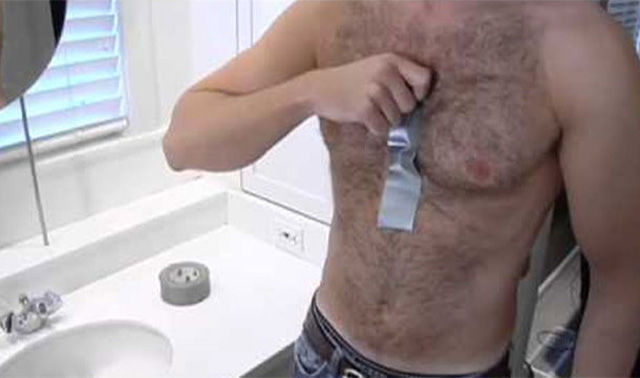 It has something to do with skin cell replication and magical swarming T-cells but basically 6 days of duct tape followed by some water and voila – no more warts. 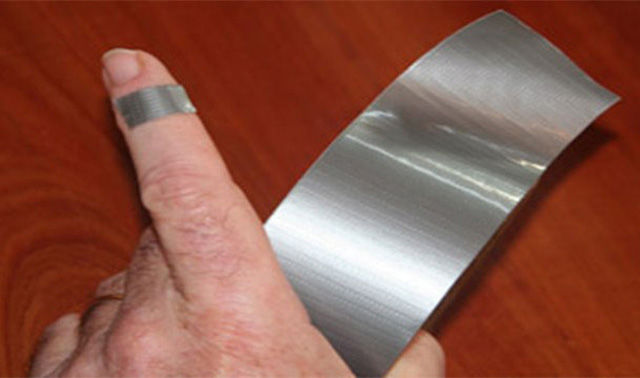 It’s cheap and you’ll objectively be the coolest kid at prom. 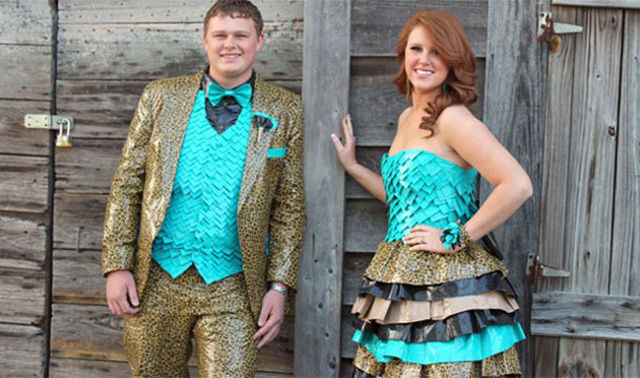 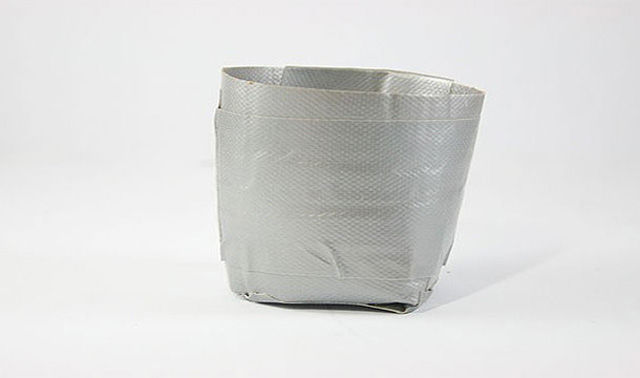 This requires three things – a cat, some duct tape, and lots of boredom. 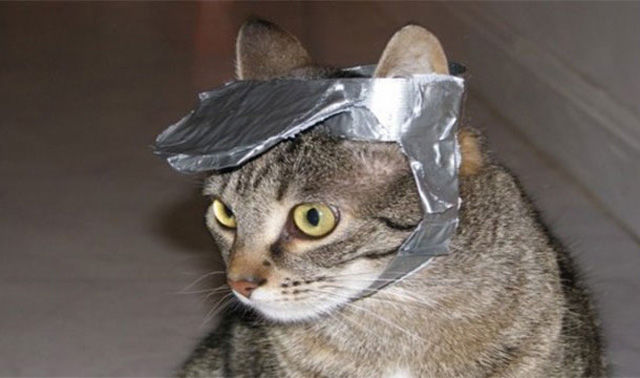 There can be no greater display of geekery than this. 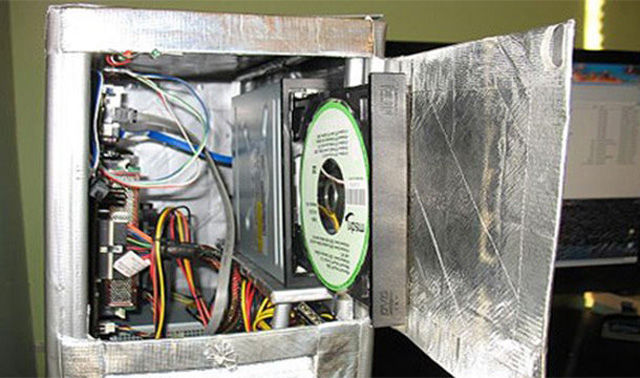 For the northerners (and Europeans) among you, that duct tape on those windows isn’t for decoration, it’s for protection because hurricanes and glass don’t mix well. 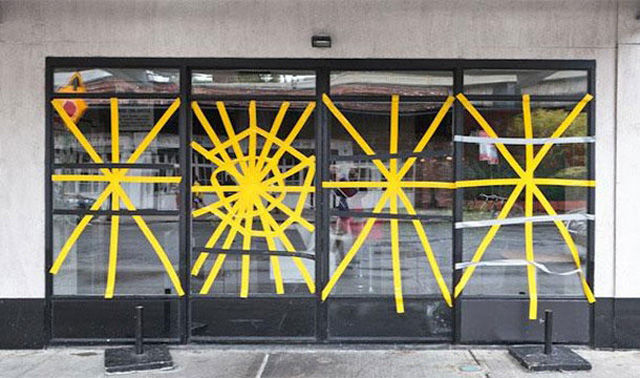 To be honest, we’re not exactly sure how well this would work. But, if you ever happen to try, just let us know beforehand and we’ll get our black suits ready. 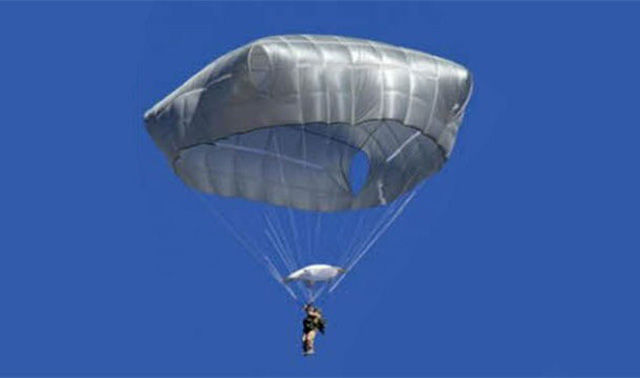 It’s definitely cheaper than the shop 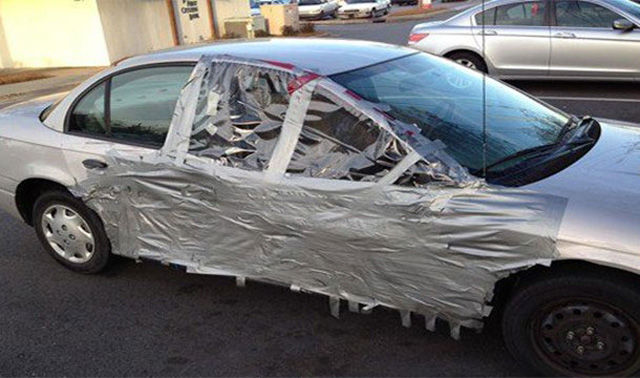 Putting things on top of a car

Who needs a luggage rack? 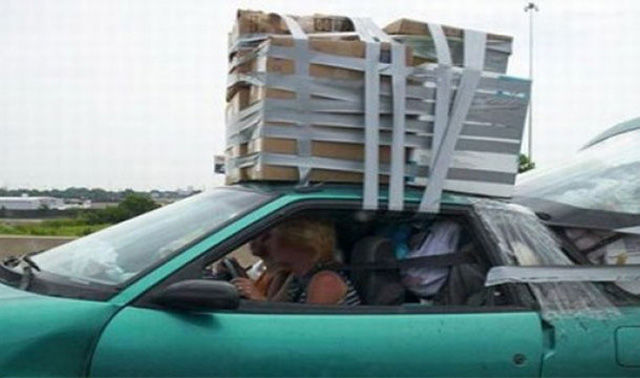 Picking up a car

By now you should be catching the drift…there’s not much you can’t do with duct tape. Which brings us to… 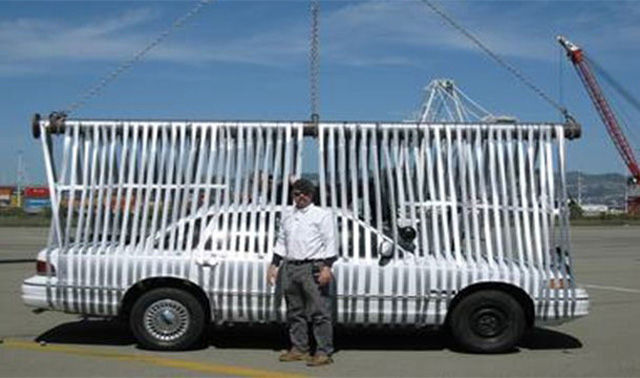 Undoubtedly, at some point in your life you will get in an argument with someone over whether it is “duct” tape or “duck” tape. Although today “duct” is the accepted spelling and “duck” is actually a brand, stick around for #1 and we’ll explain why “duck” is the real, original name. A number of years after it was invented for WW2 people started using it to fix ducts and its name then changed. Ironically, duct tape is actually really bad for fixing ducts and has even been made illegal in California for that purpose. So, no, unfortunately it can’t fix everything. But, back to things it can be used for… 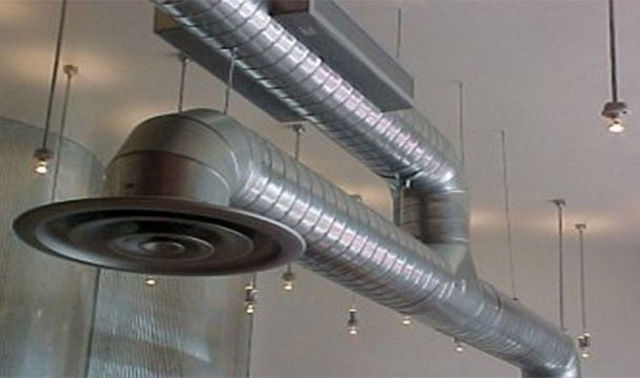 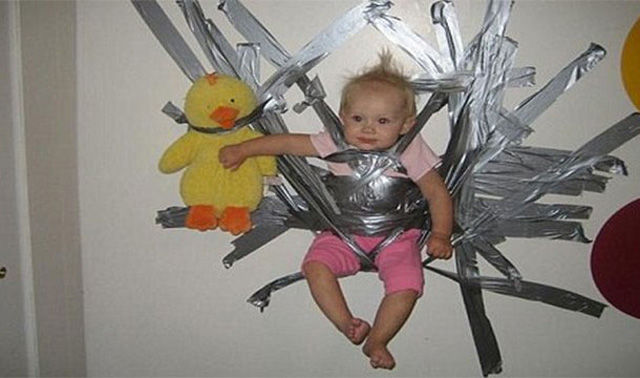 Saving your life in space

Yes, although it may be illegal to fix ducts in California with duct tape, ever since it saved the lives of the entire Apollo 13 crew it has been mandatory equipment on all space launches. 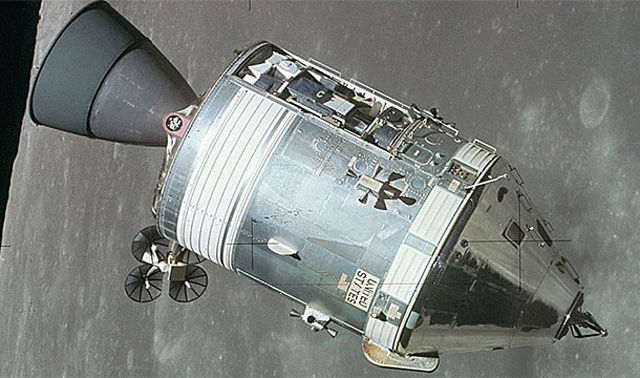 As we mentioned, duct tape finds its roots in World War 2. It was invented primarily to keep soldier’s ammunition sealed and water free. They quickly realized, however, that it could be used for so much more and before long they were using it to fix everything from airplanes to firearms. 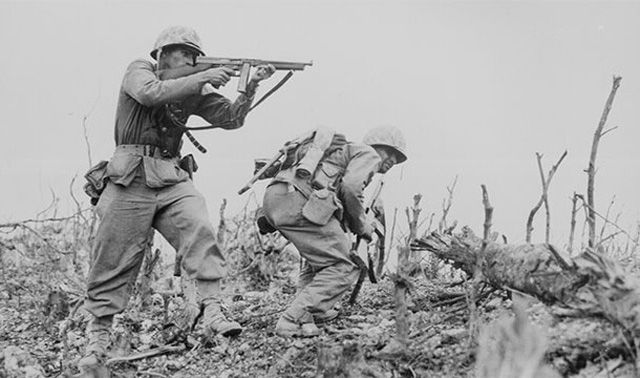 ptpie 9 year s ago
I used some today
Reply
0

Mr. Ree 9 year s ago
It can also be used as a condom but it takes me a whole roll when I do use it.