Although locals warned this man not to hike along the rural section of the Great Wall, he decided to try it anyway and got four days in before having to give up. Here is his journey…

This is the trailhead; the man read in a guidebook that you could follow the trail for four days into another village.
1 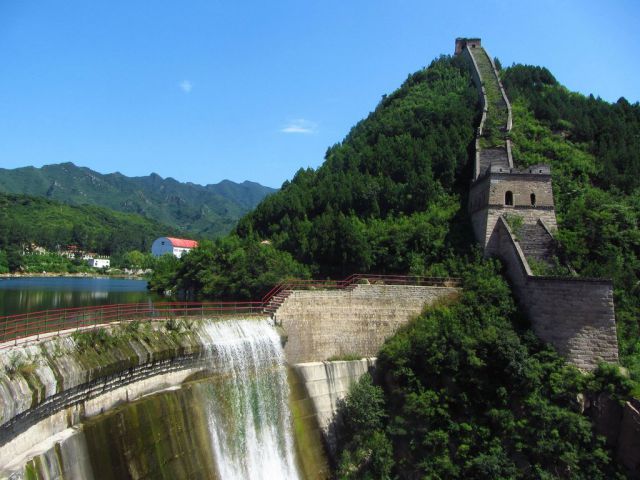 Locals warned him not to, but he did it anyway.
2 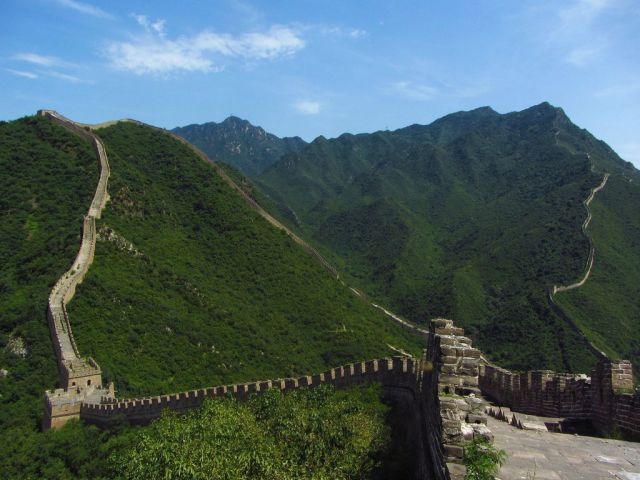 The climate was hot and humid, but the spectacular views made up for it.
3 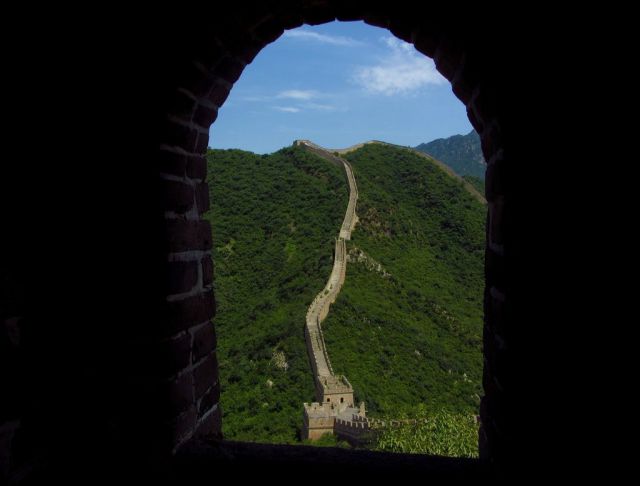 Sections of the wall aren’t open to the public, but locals have installed a ladder and you can pay for access to the wall.
4 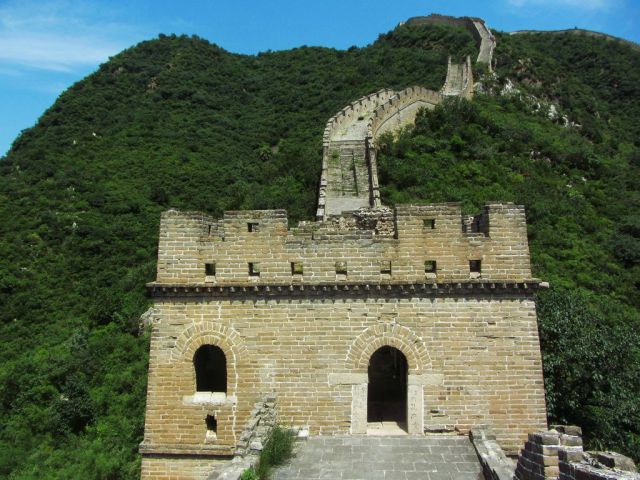 As he went along, the man began to run out of water. He didn’t find any in the valley. He decided to move on without locating more water.
5 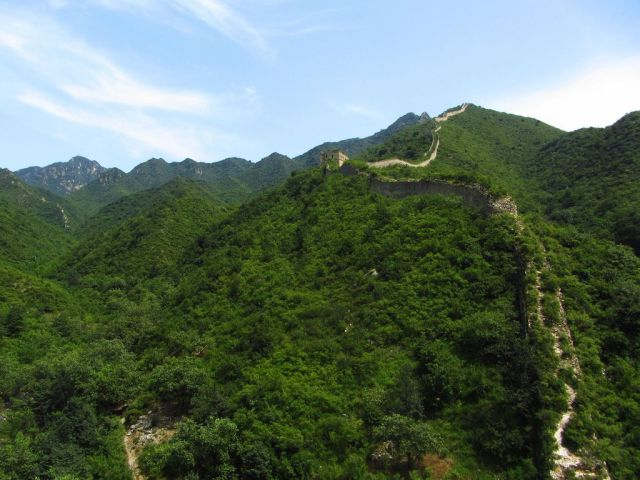 From that point on, the wall wasn’t fully restored and the trek became more dangerous (with even less of a chance of finding water).
6 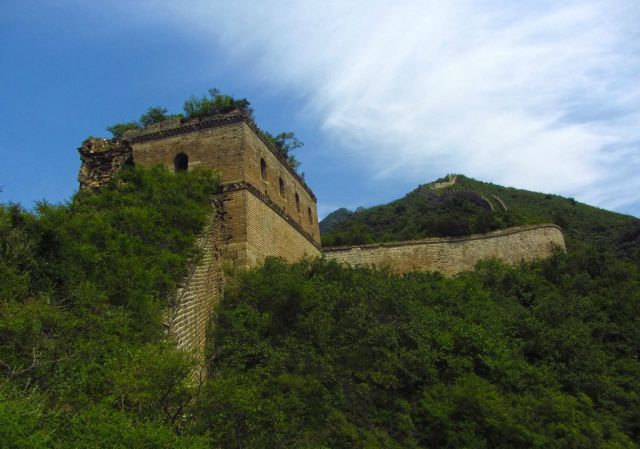 The man realized he desperately needed water, he felt like he was about to collapse. So, he walked all the way back to the village.
7 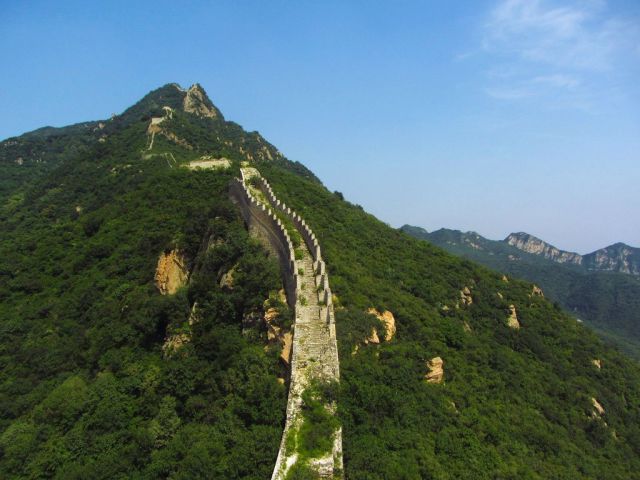 Once there, he collected bottles along the side of the road, filled them with water and purified them. He had about 8.5 liters of water… and it was time to restart the hike.
8 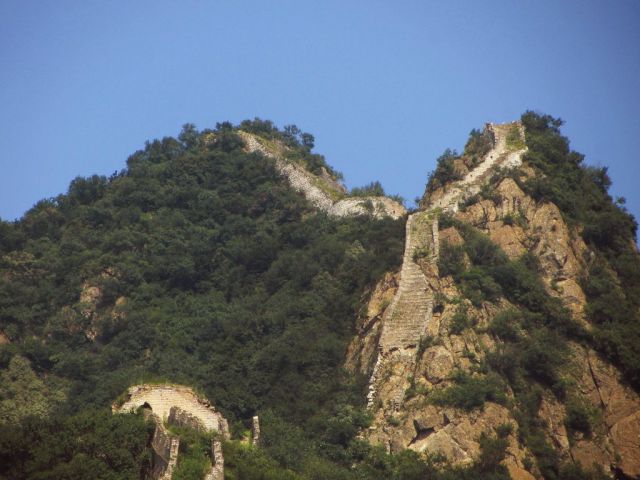 Up on the wall in the evening when a thunderstorm was about to hit. After taking this picture, the man ran.
9 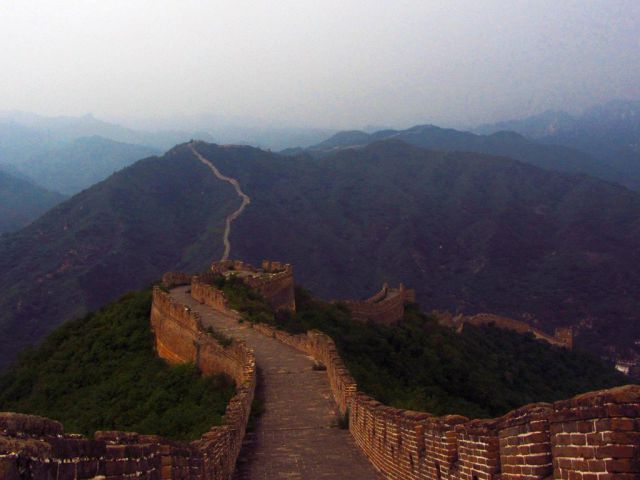 He found a tower on the wall he used for shelter.
10 It was pretty dark when he arrived, so he just decided to dry off his clothes and stay the night.
11 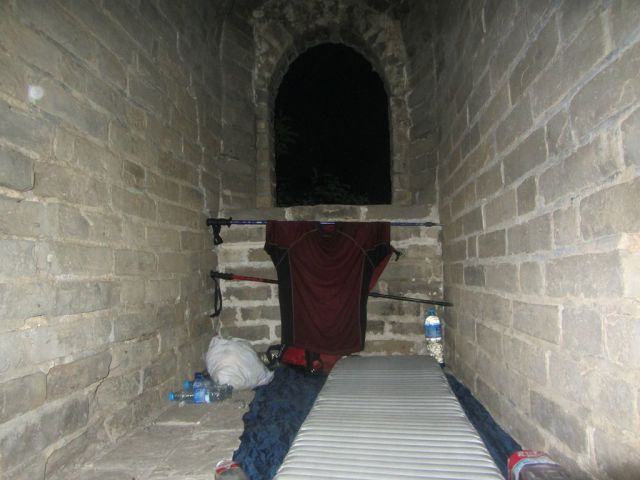 He began hiking early to avoid the heat of the day. He knew he couldn’t go as far as the next village.
12 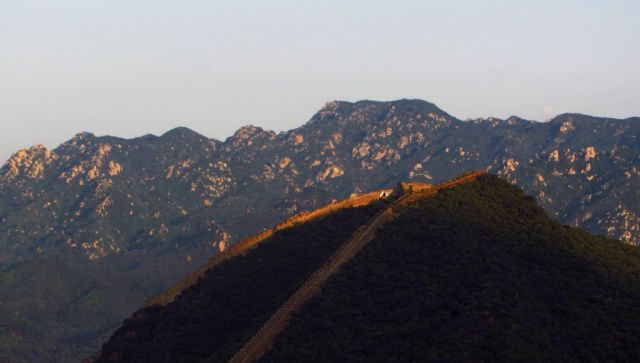 But, he decided to go as far as the water supply would let him. He had found a bottle of water in the tower, so after purifying it as well, he took off.
13 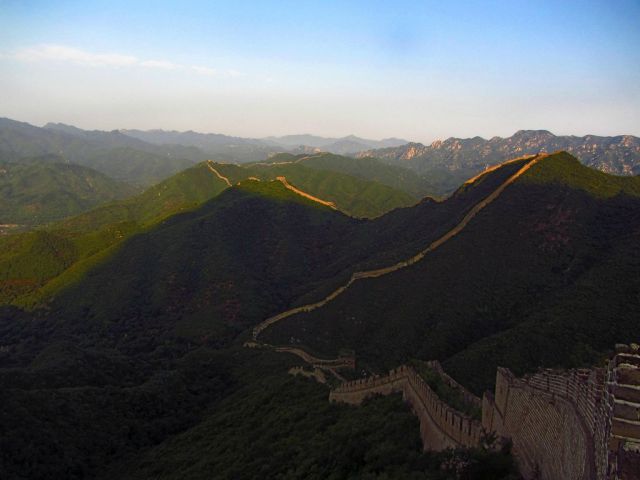 As he kept hiking, he ran into more sections of the wall that weren’t restored.
14 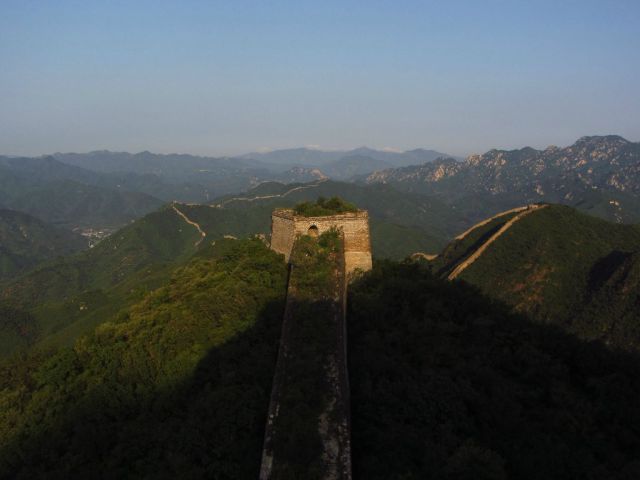 The path began to get quite dangerous, full of loose rocks and steps.
15 He didn’t run into a single person along this section of the wall.
16 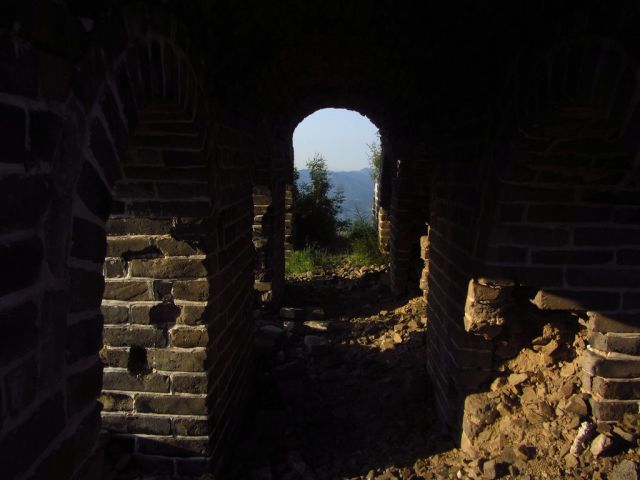 He had no rock climbing experience, but he needed to pass this cliff. He didn’t even have a cell phone with him.
17 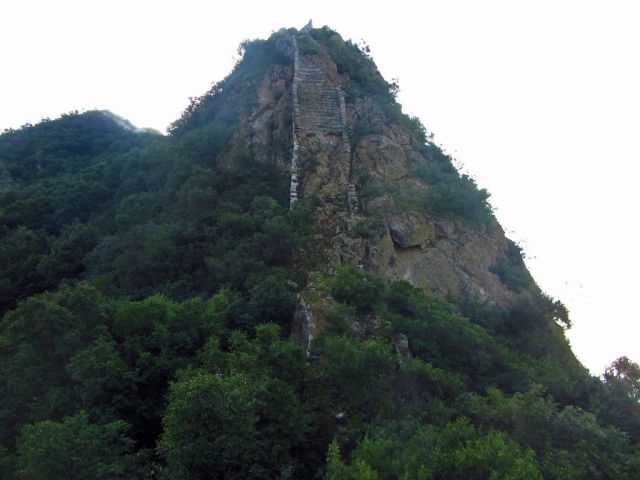 As he climbed, he took a picture of himself and all he could see was FEAR. A broken leg can mean death in such an isolated place.
18 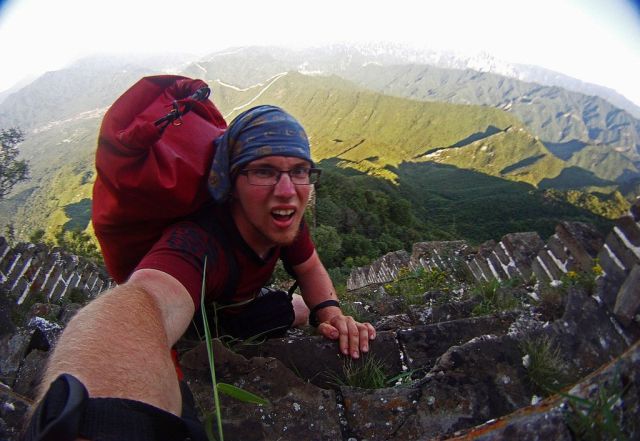 The ridge isn’t restored at all, the original wall is just a pile of stones.
19 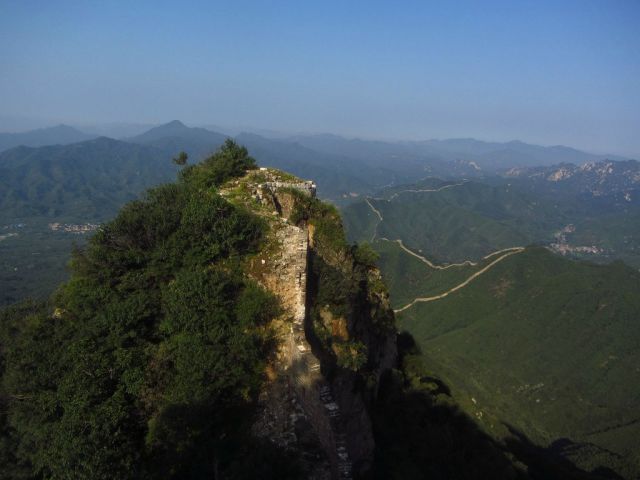 At the top of the first ridge, he decided to turn back when he discovered a small trail leading downward.
20 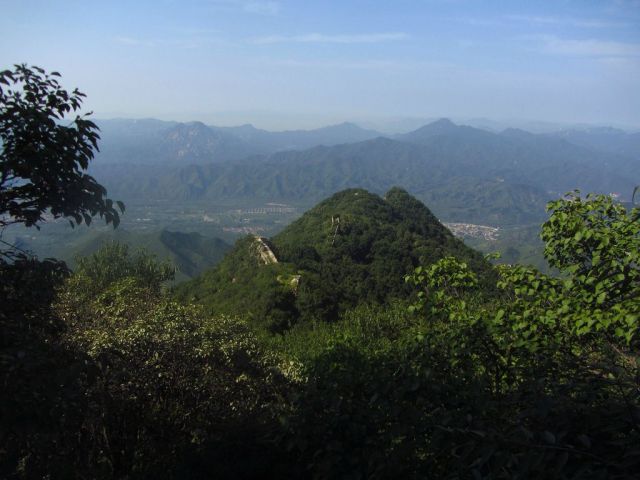 His lunch consisting of bread and sausage.
21 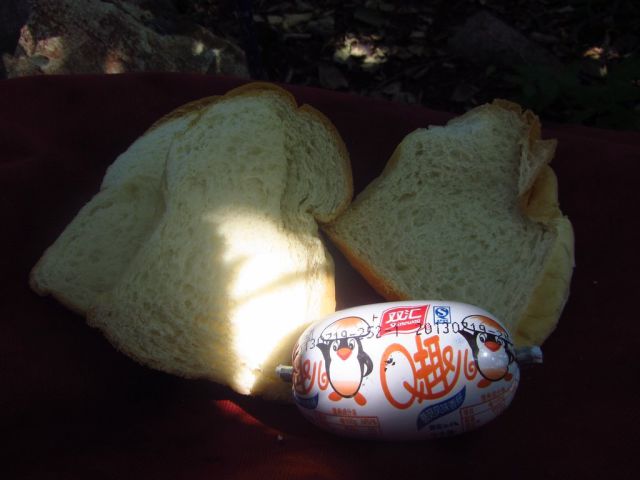 Somehow, he managed to crawl down using the trail he located on GPS, even though it was dense and overgrown.
22 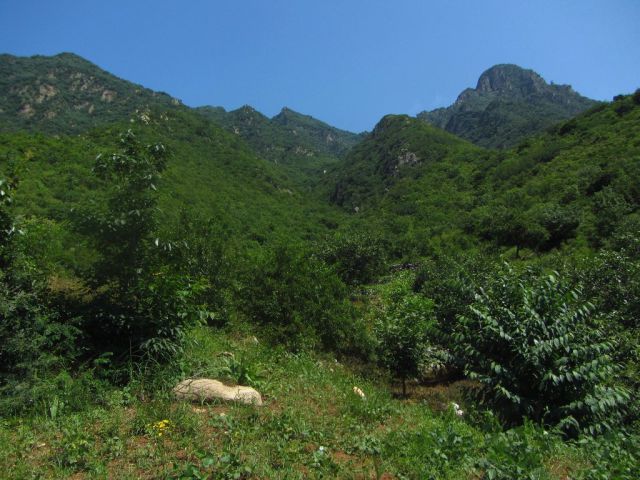 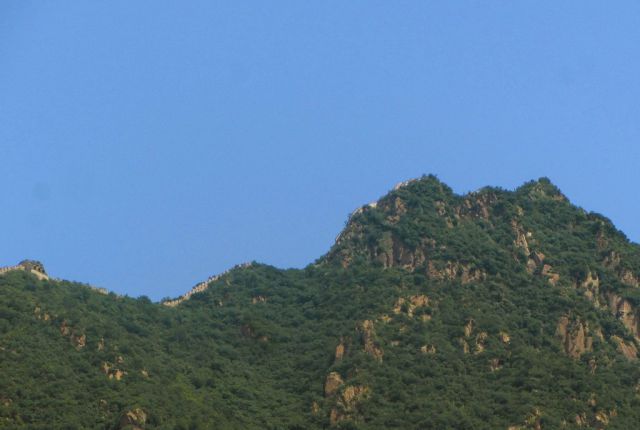 His last panoramic scene. There was a street below here he stumbled upon and find his way to a town.
24

Nextna 6 year s ago
MAN! Now that was a scary thing!!! I would never make my way out on #17.
Beautiful and thirstytaking landscape images though!
Reply
0

Mr. Ree 6 year s ago
What's even more amazing is the people that BUILT this wall...