Black Widow Spiders Are Even Creepier Under a Microscope (25 pics)

These images of black widow spiders under a microscope will freak you out forever!

This pair of Latrodectus hesperus spiders, male and female, "volunteered" to be a part of this study. The name comes from Greek, and means "the bearer of night, who bites in secret."
1 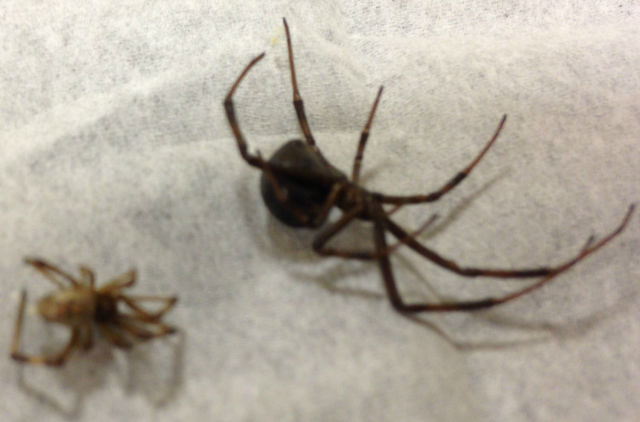 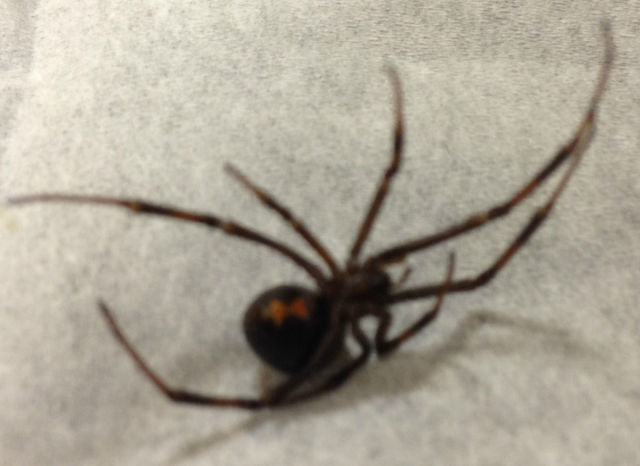 The male of the species is small and brown, and the common thinking is that their fangs can't penetrate the skin, so they aren't dangerous to humans. 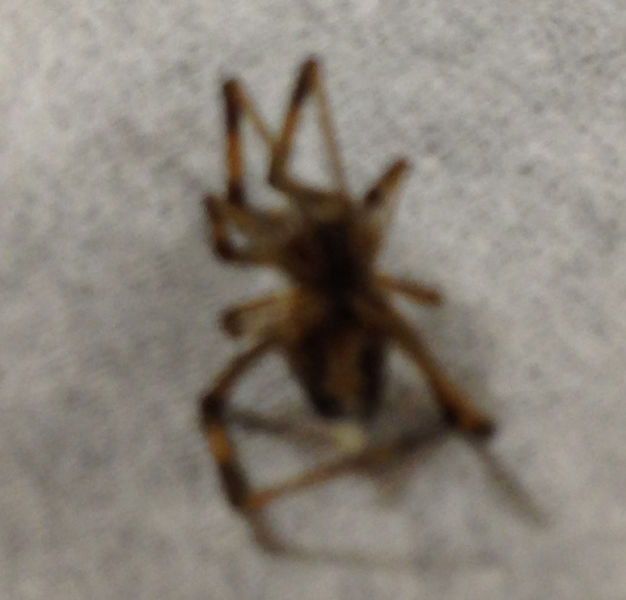 This was taken well before the internationally accepted banana-scale standard was implemented.
4 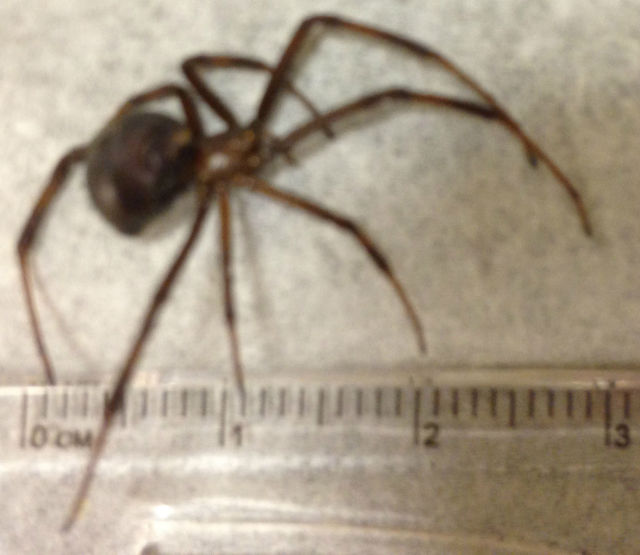 Before doing any cool stuff, I had to get the excess moisture and gases out of the spiders. This is a desiccator, which is under a vacuum. I learned the hard way to release the vacuum slowly, as explosive decompression caused the male spider to blow around the chamber and lose all 8 legs. RIP ODB. After this, I hunted down another male. 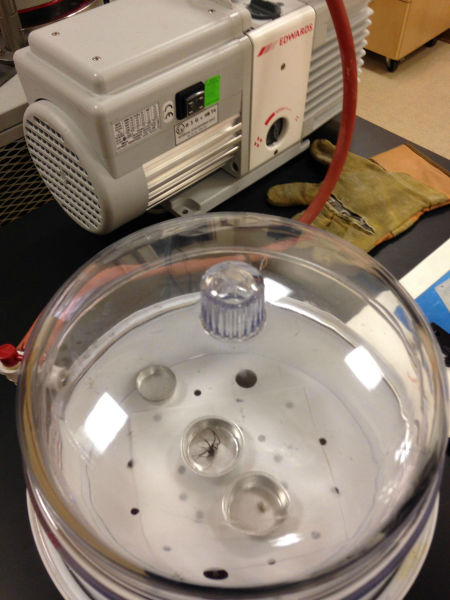 Before viewing under the SEM, the bugs had to be gold coated, to allow for proper electron travel. Or in layman's terms: SCIENCE SCIENCE SCIENCE, SCIENCE.
6 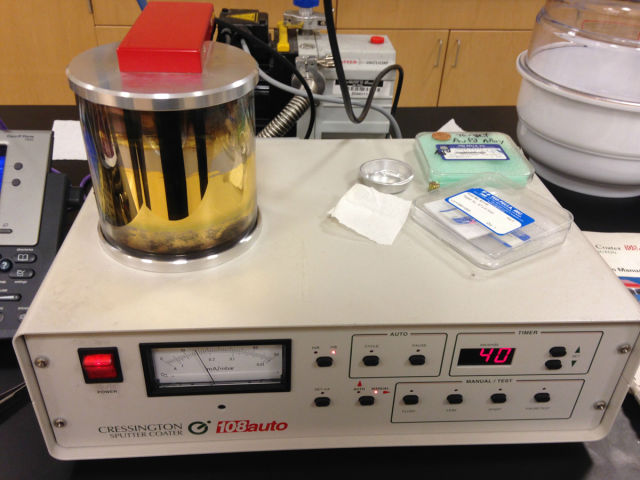 That blue glow is the actual process of gold ions being shot at the stage to coat the spider.
7 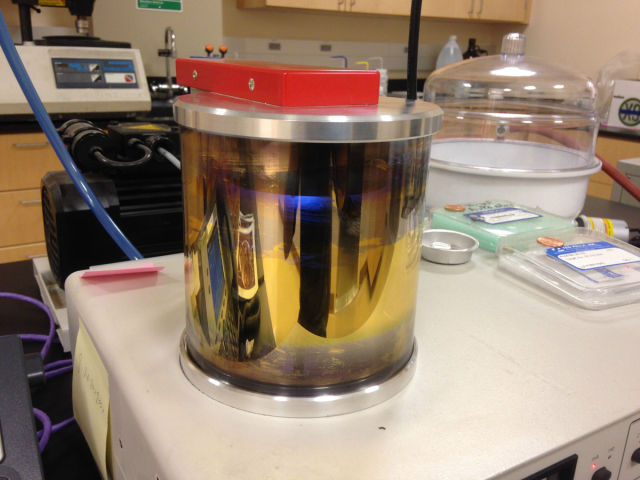 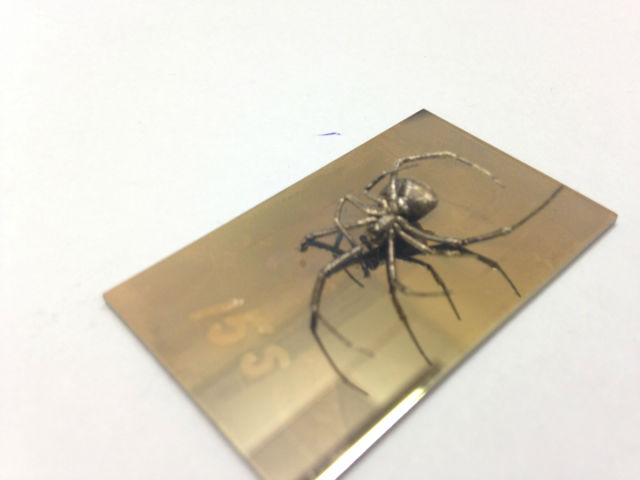 Welcome to the Machine. I had to rotate and change angles for many of the shots you'll see. It's a pain. You're welcome.
9 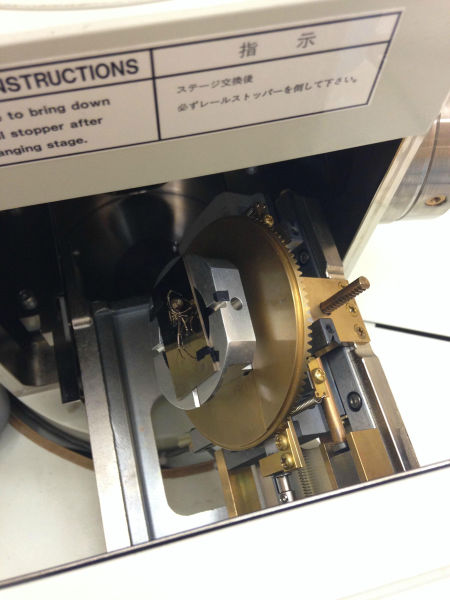 This is the male spider. 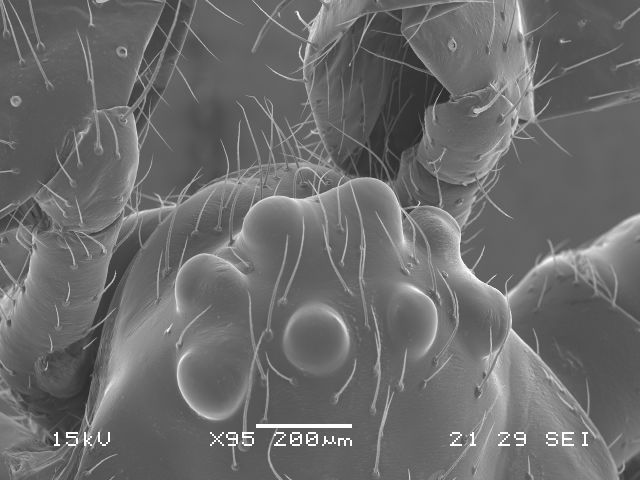 The male's chelicerae and fangs. Remember that rumor about how they were supposed to be short? They're just as long as a female's fangs. This little guy is just as deadly, but he doesn't have enough death to inject into your unsuspecting finger.
11 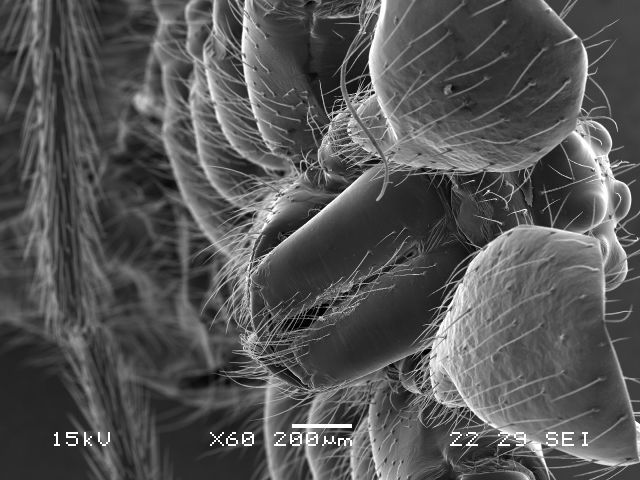 PUT ON YOUR 3D GLASSES NOW. The foot has 3 claws. The red-highlighted ones are for walking and climbing on surfaces. The smooth blue is for clinging to strands of web.
12 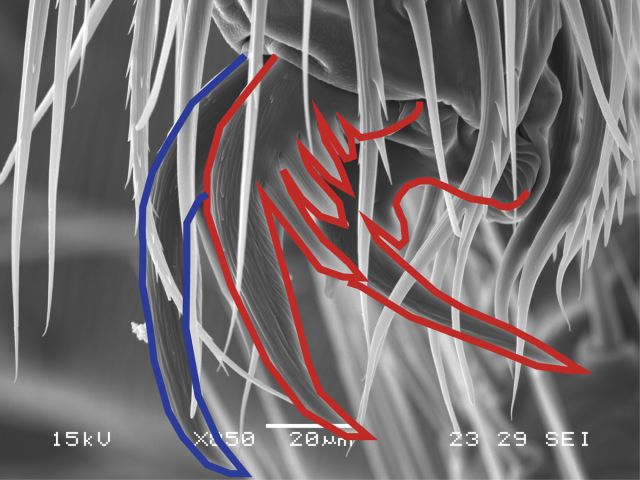 Dorsal view of the male.
13 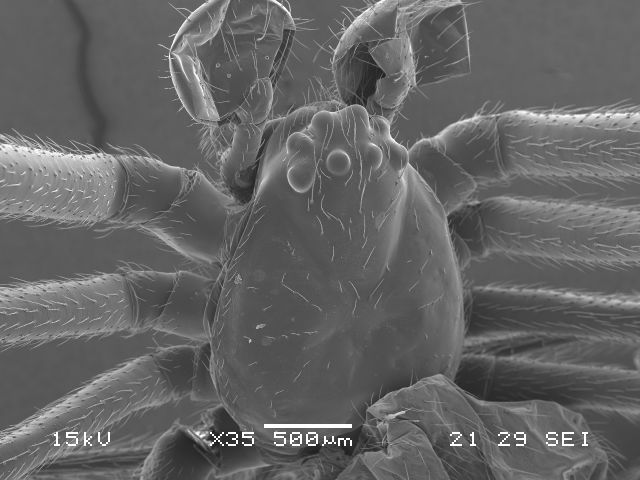 The pedipalps on a spider are similar to feelers or antennae. Or in the case of the male, the reproductive organ. Google "spider mating" if you enjoy being disgusted.
14 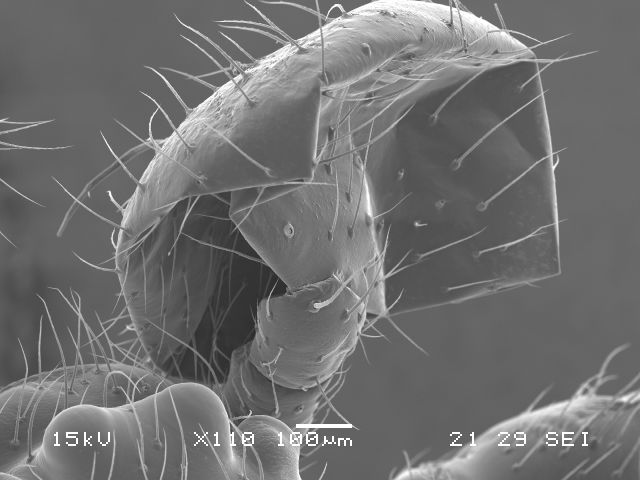 Ventral view. His pedipalps shouldn't look like crunched popcorn. They imploded during the desiccation process.
15 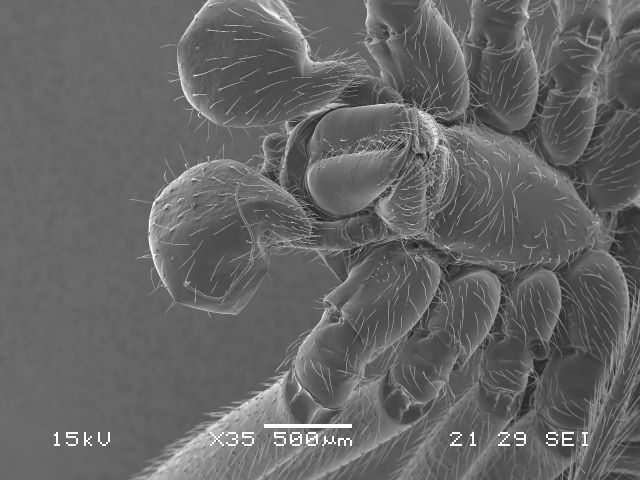 Spigots on one of his spinnerets, this is where the silk comes out.
16 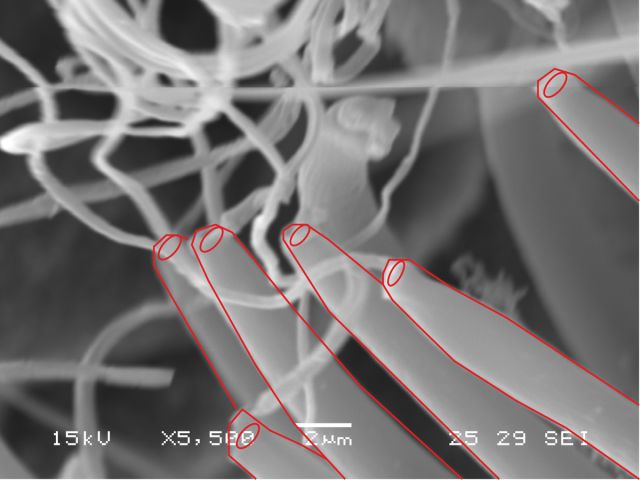 Spinnerets, each covered in spigots.
17 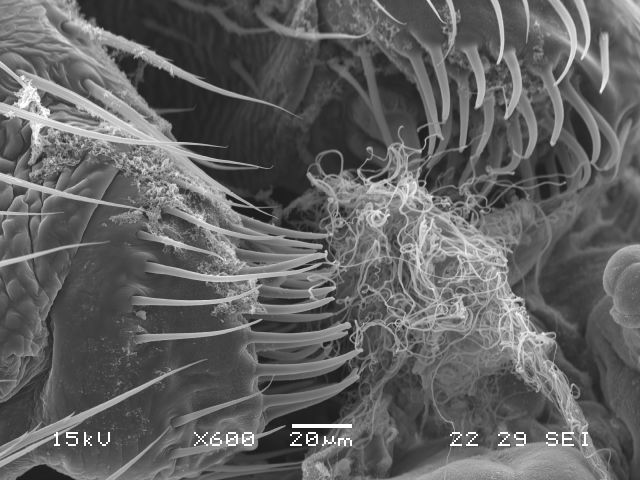 The coolest shot I have of this spider. The money shot. After capture, he was placed in a jar filled with alcohol, to get him good and drunk and dead. At some point, he began trying to spin an escape route, which was preserved beautifully and visible under the SEM.
18 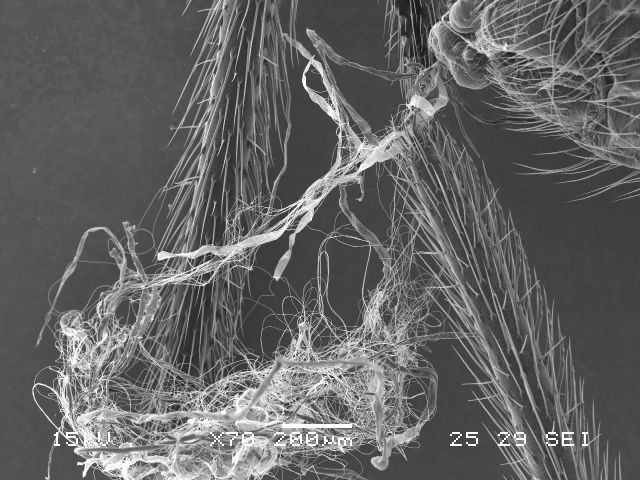 These baby blues belong to the female.
19 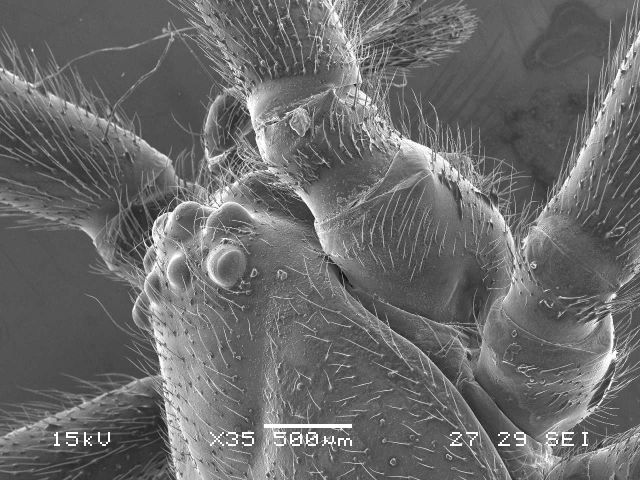 Ready for your close-up?
20 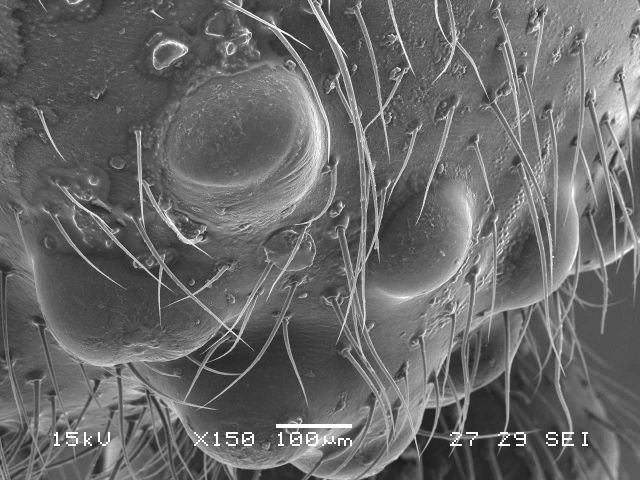 The female died in a difficult position to get any good views on her fangs, but here they are in all their sharp and murderous glory.
21 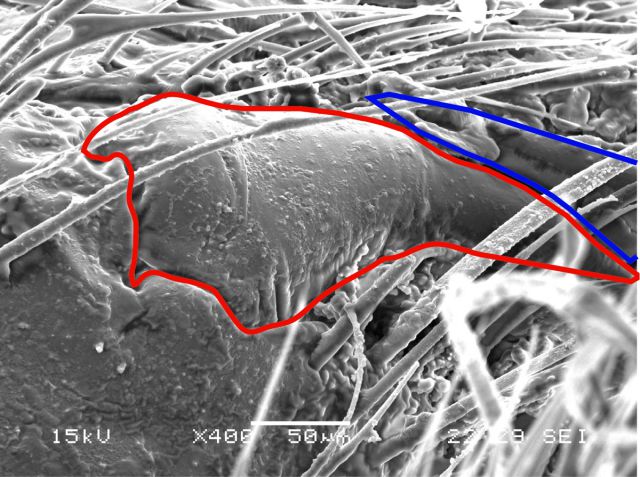 This is how pedipalps SHOULD look. At least on a female.
22 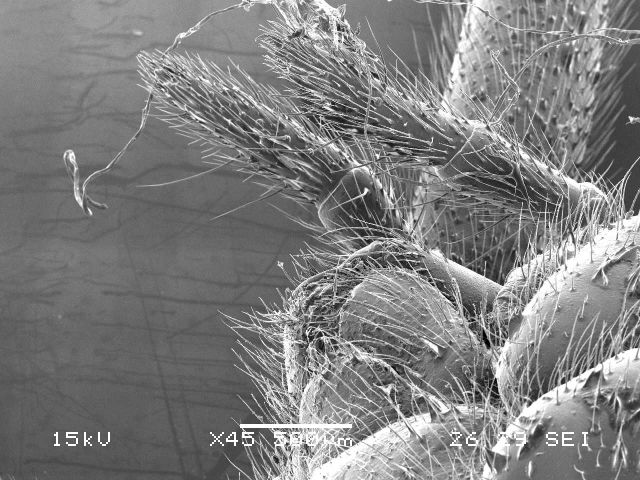 Looking at a Black Widow, you would assume they're smooth, shiny, and sleek. Instead, the harsh reality is that they are just as hairy and grotesque as a tarantula.
23 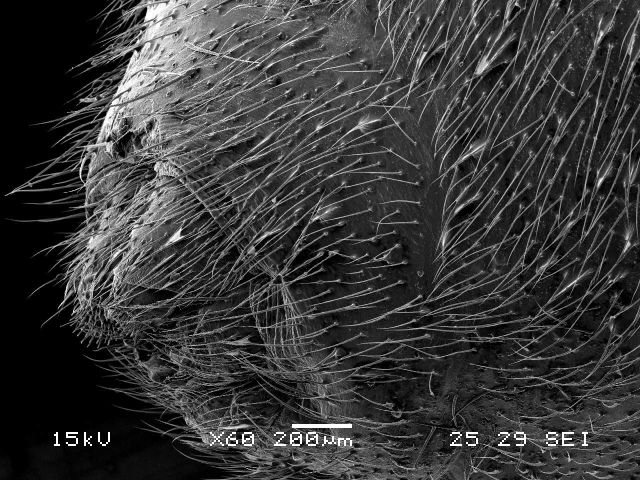 Someone needs a waxing.
24 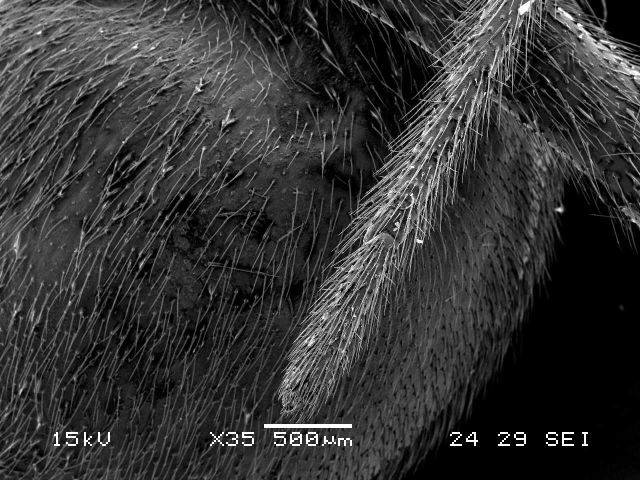 Book lungs. I'll leave you with this fun fact: Spiders don't breathe like we do. Haemolymph (spider blood) sits in the spaces inside these structures, and oxygen is exchanged through diffusion. This is an adaptation in a species designed for extended pursuit. Spiders do not tire. You do. They will chase you endlessly, into your dreams, and turn them into nightmares.
25 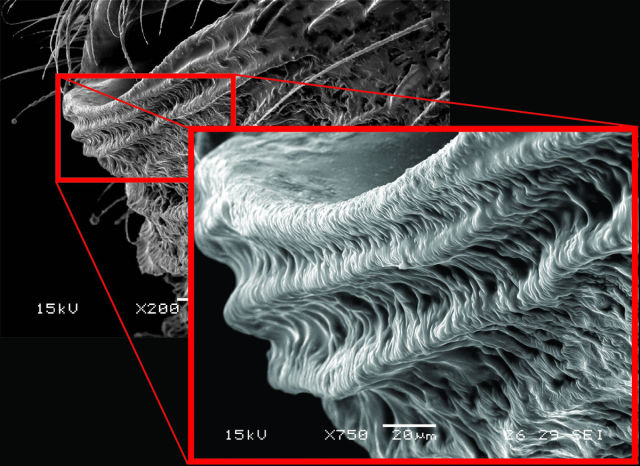 Three 4 month s ago
Kill yourself, you arachnophobe piece of sh#t.
Reply