These amazing destinations in the world are all changing due to climate and politics and could eventually disappear altogether.

The Great Barrier Reef stretches over 1,200 miles off the coast of Queensland, Australia. It is also the only living organism that can be seen from space. Since 1985 the reef has lost more than half of its corals due to climate change, pollution, and overfishing. Even worse, in December 2013 the Australian government authorized the construction of a new port next to the reef. The construction will involve dredging 3 million cubic meters of seabed. 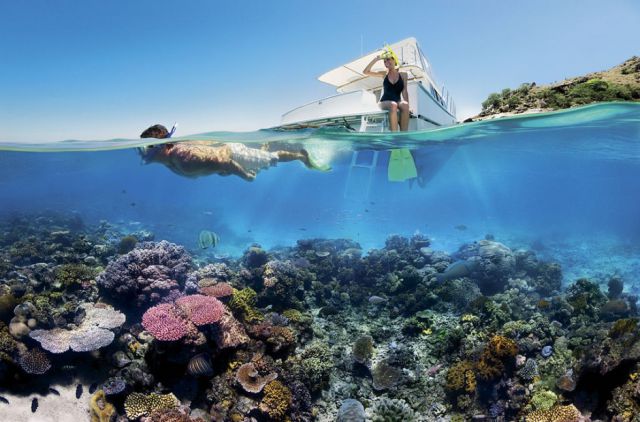 Located in the Ecuadorian Amazon, Yasuni National Park is one of the most biologically diverse areas on Earth. It boasts more than 4,000 plant species, 170 mammal species, and 610 bird species, all in an area smaller than Connecticut. Yasuni is also the home of the Waorani people, a semi-nomadic group of hunter-gatherers. Yasuni is estimated to contain 800 million barrels of crude oil. After a long controversy, in 2013, Ecuador approved the economic exploitation of the Yasuni. Drilling activities haven't begun yet, but it seems a matter of time. 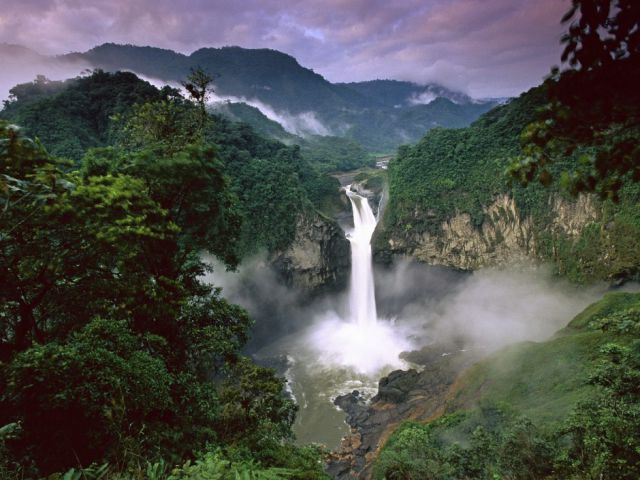 Sapa is a remote town in the mountains of northern Vietnam, where emerald rice fields cascade across valleys. Technically there is nothing wrong with Sapa, but this once-small, secluded place is now among Vietnam's biggest tourist destinations. It represents the oldest traveler's dilemma: When does an authentic place stop being "authentic?" 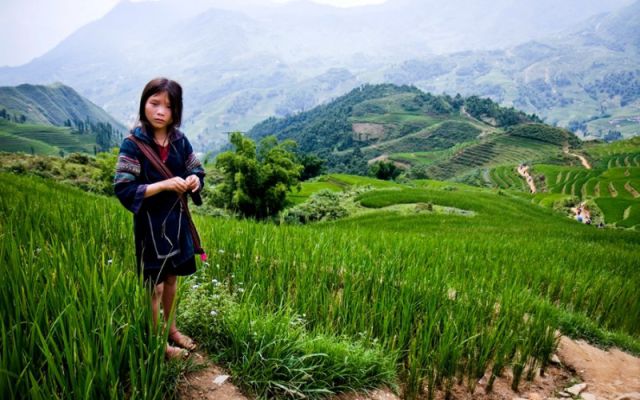 Bagan is a colossal complex which encompasses more than 2,200 temples and ruins. It stopped being a secret on the Southeast Asian tourist circuit a long time ago, yet the number of tourists has only recently been rapidly expanding. The experience of exploring a temple for yourself is coming to an end. 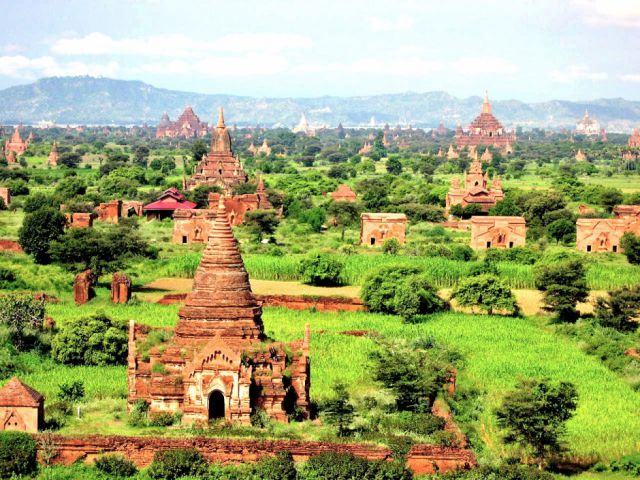 It’s difficult of think of Vientiane as a capital city. With its relaxing atmosphere, the Laotian capital is one of the most low-profile stops in the Southeast Asian backpacker circuit. Now, China and Vietnam are in an economic dogfight for the contracts that will bring Vientiane into the 21st century. The city is set for a massive construction boom that will bring thousand of workers to its doors. 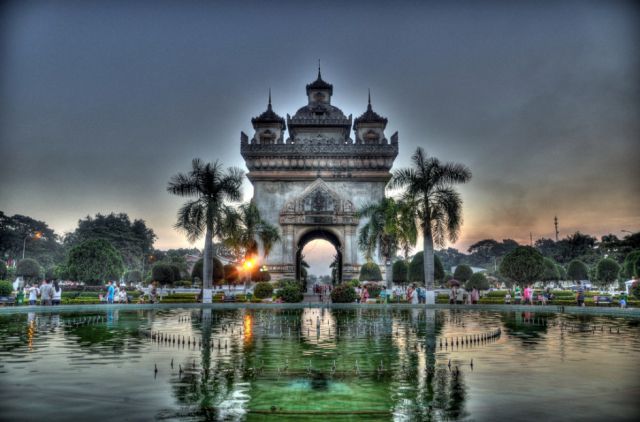 The Seaflower Biosphere Reserve is one of the most isolated ecosystems in the Caribbean. The region’s low population means there’s a low human impact on the reserve. Being a UNESCO Marine Reserve protects Seaflower from economic exploitation. Yet, it has been the subject of a decades-long territorial dispute between Colombia and Nicaragua. In 2013, international courts gave Nicaragua half of Seaflower's area. Cash-strapped Nicaragua invited multinationals to look for oil on its half after the ruling. 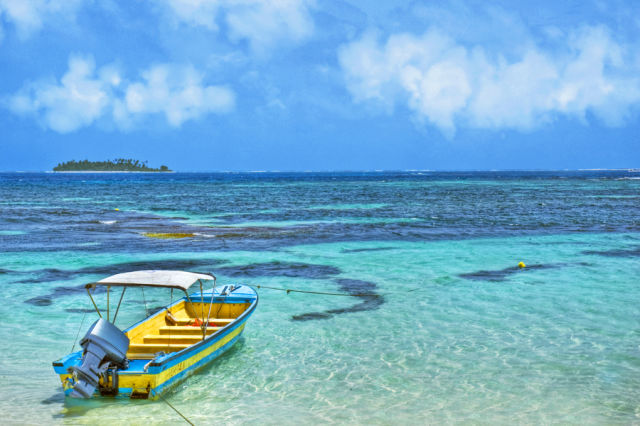 The ice fields on Kilimanjaro have been in retreat over the last 150 years and only 10% of the original snow remains. Some scientists say the glacial cap is beyond recovery and could disappear within the next decade. 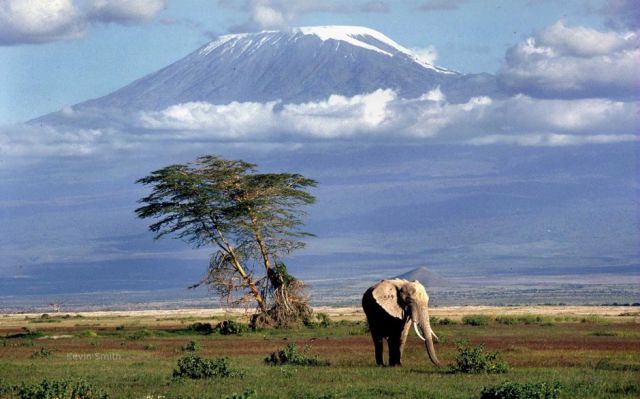 The largest city in the Caribbean, Havana has colonial-era buildings, cars from the '50s, and internet speeds from 1995. Cuba is on its way to become a CINO: Communist In Name Only. The country is eager to follow in the footsteps of Vietnam and China and embrace foreign investment. Regardless of how beneficial or harmful it will be for the Cubans, Havana is about to start a period of dramatic changes. 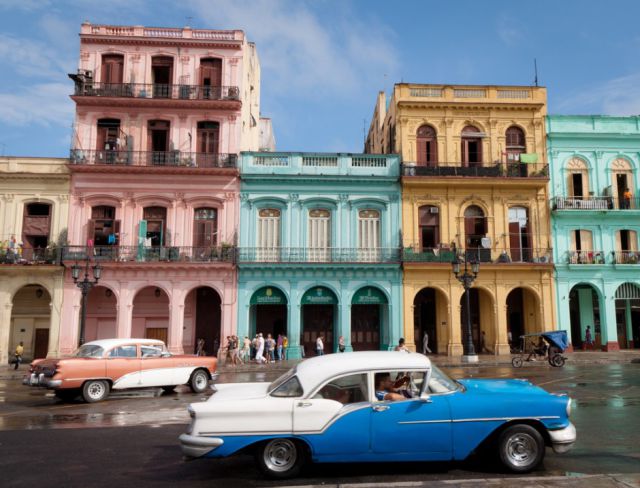 It may already be too late for this one: The current Syrian Civil War has ravaged Damascus, with some of the fighting happening in the Old City, which is the oldest quarter of the oldest city in the world. As of now, it’s too early to know the extent of the damage to historical mosques, castles, and gates caused by shelling, looting, and arson. 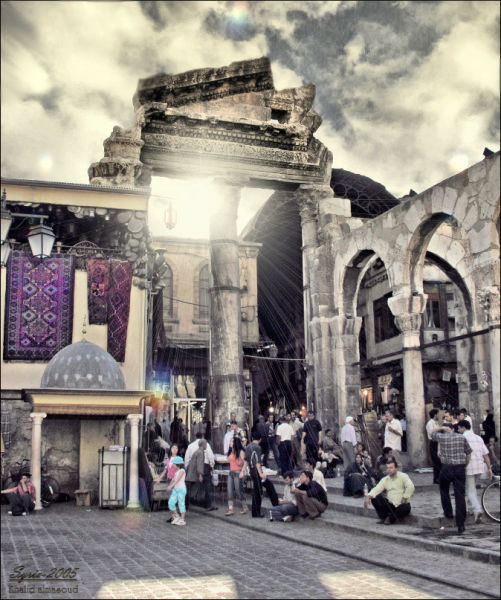 Yangon is the former capital and biggest city of Myanmar. It is also a metropolis of five million that has been cut off from the world for decades because of a travel boycott. When the boycott was lifted in 2012, Yangon opened its doors to the West. Since then, the city has experienced a fast and dramatic transformation. 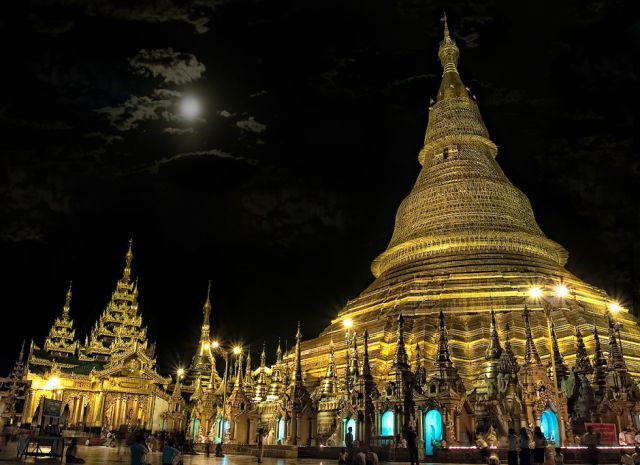 Lake Nicaragua has the only population of freshwater sharks in the world. After a century-long controversy, the government has given the go-ahead to the Nicaragua Canal. The project plans to link the Pacific and Atlantic Oceans. Environmentalists have warned of the canal's irreversible effects on the local environment. Questionable feasibility studies are already underway. 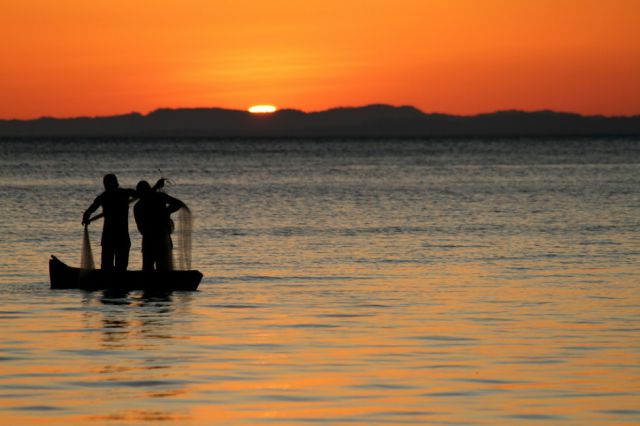 Somaliland is a breakaway state from Somalia that is not recognised by a single nation on Earth. Yet, in the middle of the most anarchic region in the world, Somaliland is a stable and democratic state. While international recognition is still far away, the world's most tenacious explorer, Coca Cola, just arrived. A bottling plant opened in the capital Hargeisa (pictured) in 2013. 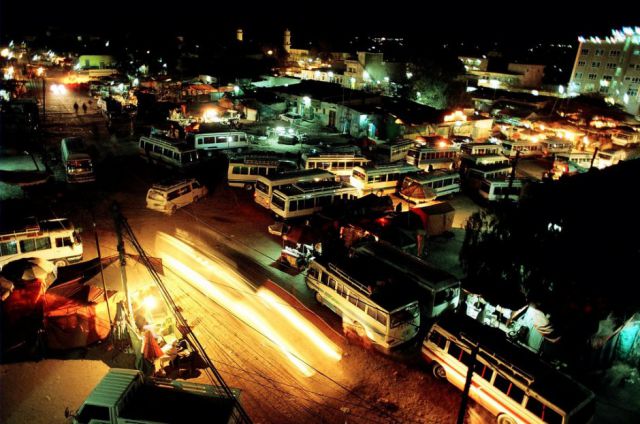 Thirty years ago the Aral Sea was the fourth-largest lake in the world. Since then, the diversion of the Syr Darya and Amu Darya rivers for crop irrigation has shrunk the Aral to 10% of its original size. Now the Aral is divided between the North and South Aral Seas. In the north, Kazakhstan has saved the Aral by building a series of dykes. Yet, in the south, Uzbekistan has abandoned the Aral to its fate. One of the main reasons is the presence of oil and gas on the former Aral seabed, which prompted its exploitation in 2010. 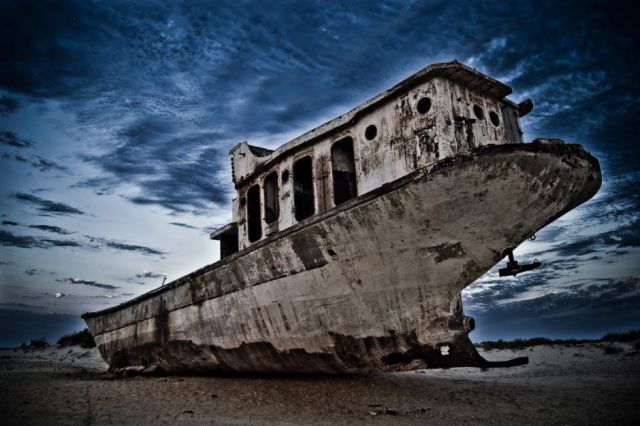 Nuuk is the capital of Greenland, the largest island in the world. With only 15,000 people, Nuuk is the gateway to the Arctic, the land of ice, snow, and polar bears. But as Greenland is on course to gain independence from Denmark, it's also planning to start exploiting the vast untapped ores all over the island. Nuuk expects to receive thousands of mining workers from all over the world in the coming years. 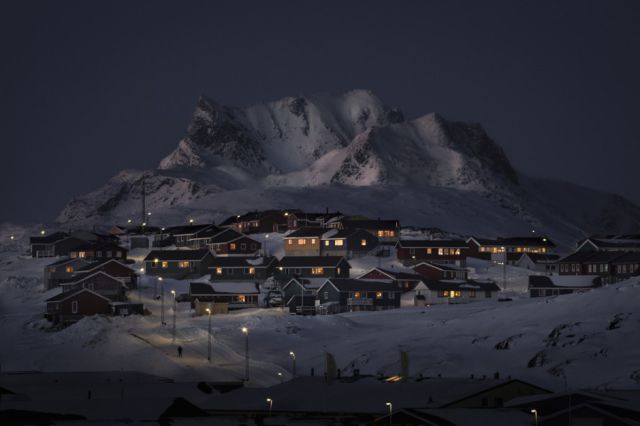 The Darien Gap is a dense jungle between Panama and Colombia and the only section of the Americas not traversed by the Panamerican Highway. Crossing the Darien Gap on foot, while challenging, is possible and is one of the biggest badges of honor that any world traveler can aspire to. Several proposals to build roads crossing the Darien Gap have come about over the years. It just seems a matter of time. 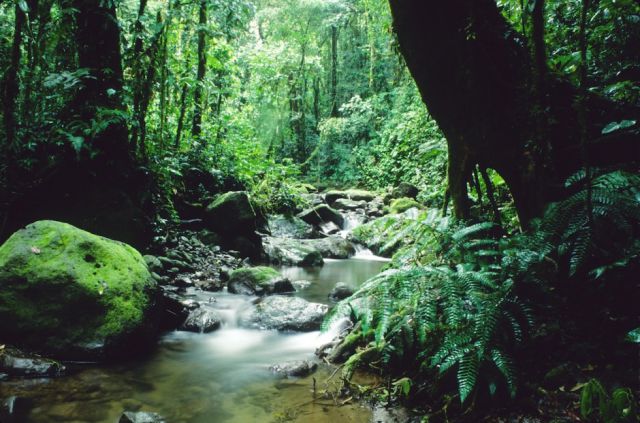 Panajachel has become a home for bohemians from all over the world, creating a vibrant and multicultural town. But the Guatemalan armed conflict created by drug trafficking has affected Panajachel hard. In recent years, expats have reported harassment by vigilante groups. In the middle of a drug war, the idea of a "hippie paradise" isn't welcomed by some factions.

Lake Chad spreads between Chad, Niger, Nigeria, and Cameroon and is home to lions, crocodiles, hippos, and many other animals. Unfortunately, Lake Chad is drying up fast and there's no clear answer why. Climate change and irrigation methods are the usual suspects. However, other scientists maintain that the shrinking is not related to human causes at all. Regardless of the reason, Lake Chad has lost 90% of its water in the last 50 years, with no sign of recovery. 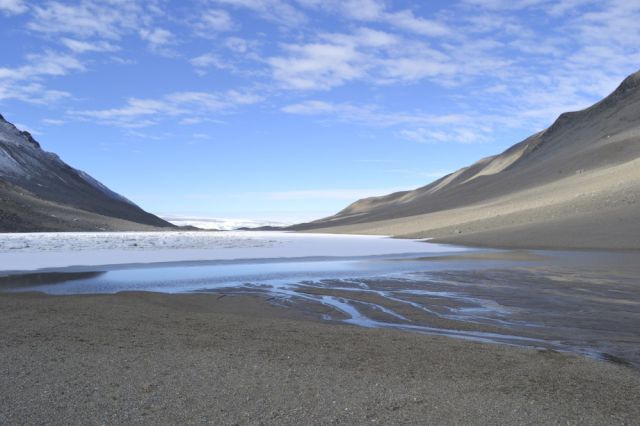 A series of tiny islands in the South Pacific, Tuvalu is the fourth-smallest country on Earth. The slightest increase of sea level is a death sentence for Tuvalu, which is just a few inches above the ocean. As a backup plan, the Tuvalu government has contemplated relocating its population to New Zealand or Fiji. 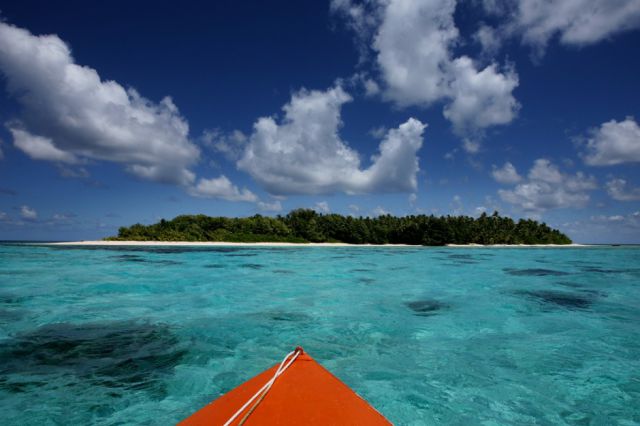 Boeng Yak Loum is a deep and almost perfectly round crater lake in the jungle of northeastern Cambodia. Locals consider the lake sacred and take swims while fully clothed. As of now, visitors pay an entry fee of less than a dollar. The fee goes to the local community. However, the government is planning to seize the area around the lake and start building five-star hotels.

Located in the Western tip of Java, Indonesia, Ujung Kulon National Park is the last refuge of the Java rhinoceros, the most endangered animal in the world. The park is also next to Anak Krakatoa, one of the most active volcanoes in the world. But keeping a national park pristine on the world's most-populated island has been an uphill battle for Indonesia. Poachers already drove the Javan tiger to extinction in the '70s and have narrowed the rhino population to less than 40 individuals. 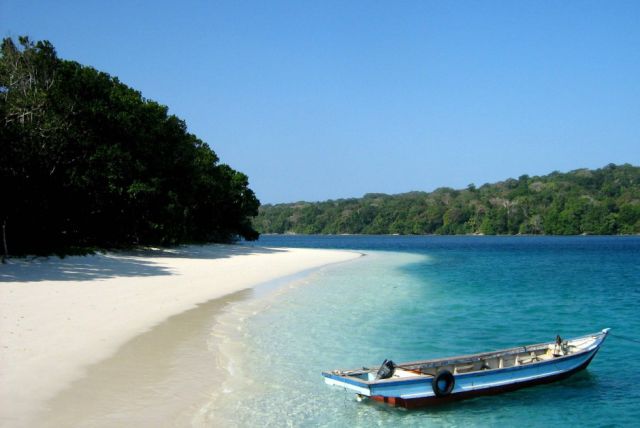