Raju the elephant was held captive for 50 years in Uttar Pradesh, India. Daily he was spiked with chains, starved and forced to beg. When Wildlife SOS finally found and released him, Raju actually cried.

A 10 person team of vets and wildlife experts were joined by 20 forestry department officers and 6 police officers. Raju had an army rescuing him.
1 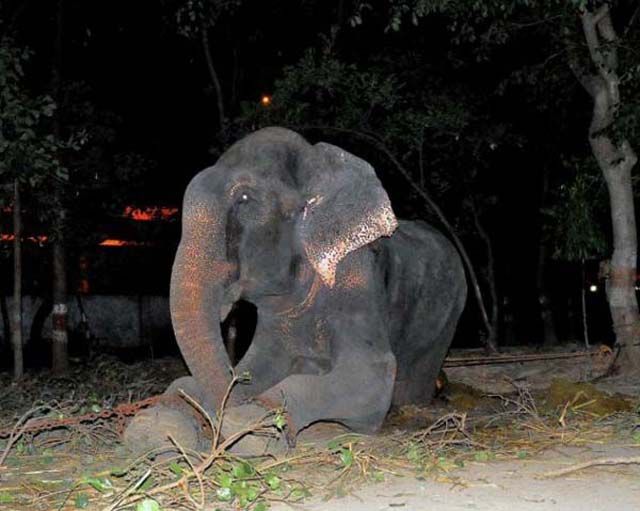 They found Raju chained, as he was for years.
2 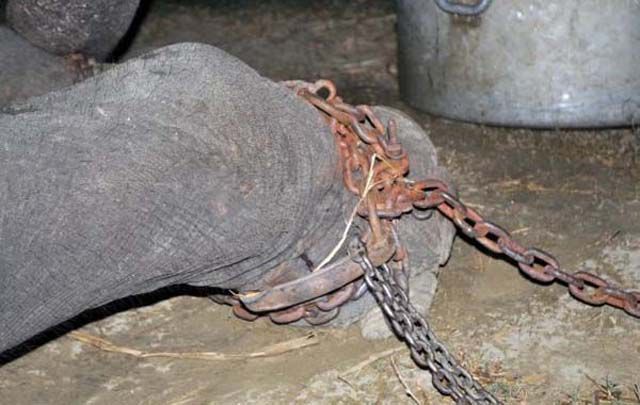 The team attempted the rescue at night, so that there would be less interference from bystanders or his “owner.”
3 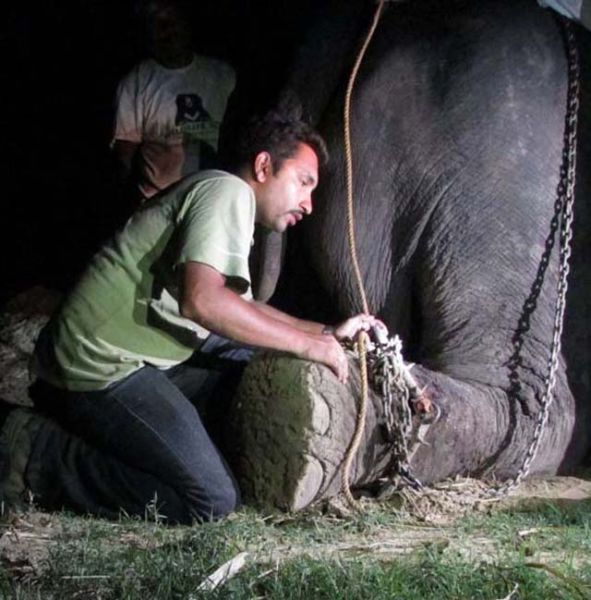 Raju’s wounds were constantly open; the spikes on his chains dug into his flesh every day. They oozed and bled.
4 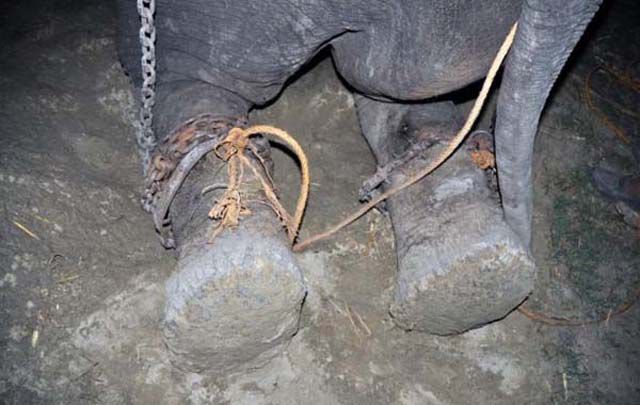 After being freed, tears of joy actually rolled down Raju’s face.
5 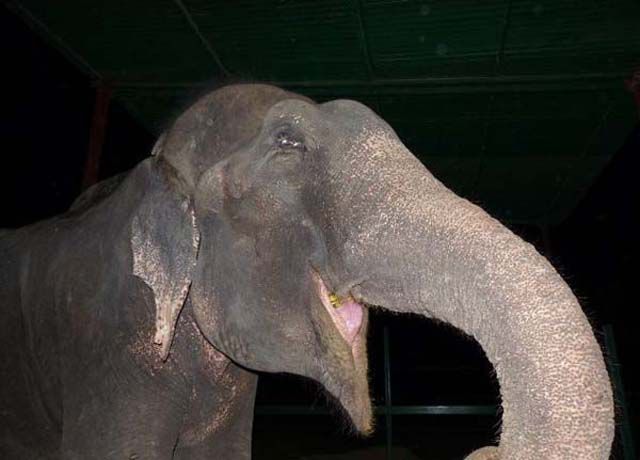 “The team were astounded to see tears roll down his face during the rescue. It was so incredibly emotional for all of us. We knew in our hearts he realized he was being freed.”
6 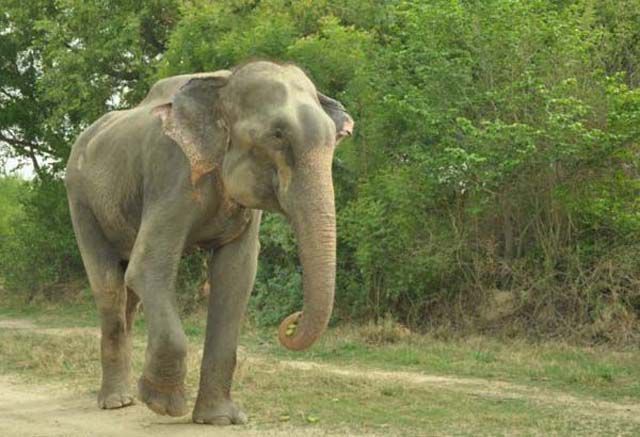 The elephant was emaciated and in terrible condition.
7 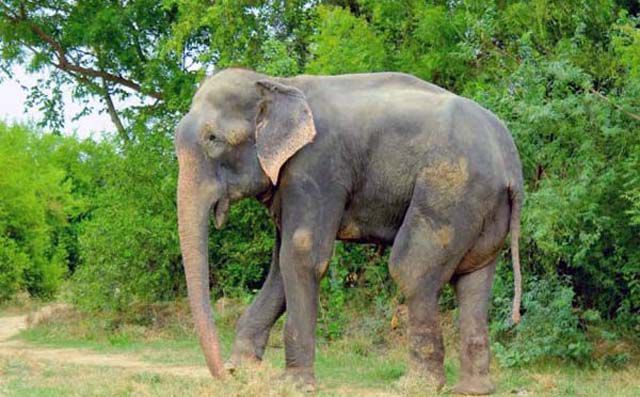 He was sedated and then transported to the Elephant Conservation and Care Centre at Mathura.
8 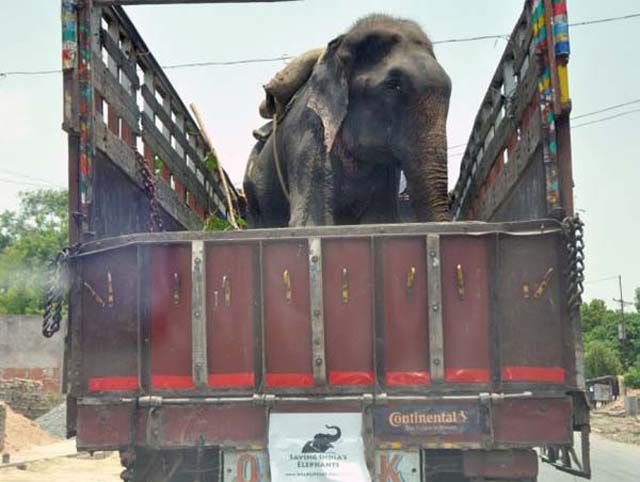 His open-air ride was one of his first tastes of true freedom.
9 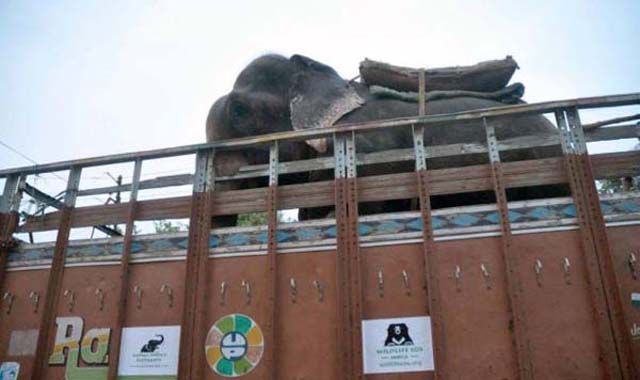 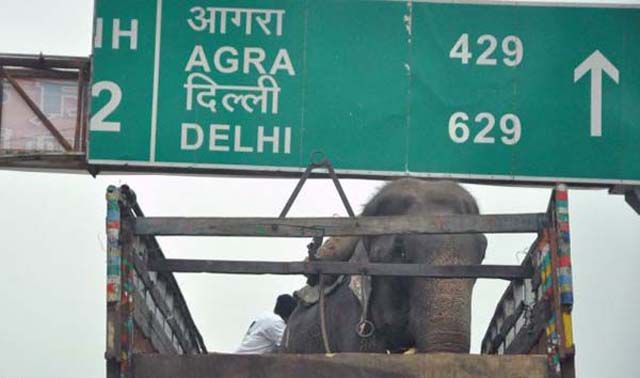 Once at the center, Raju was given a bath and emergency medical attention.
11 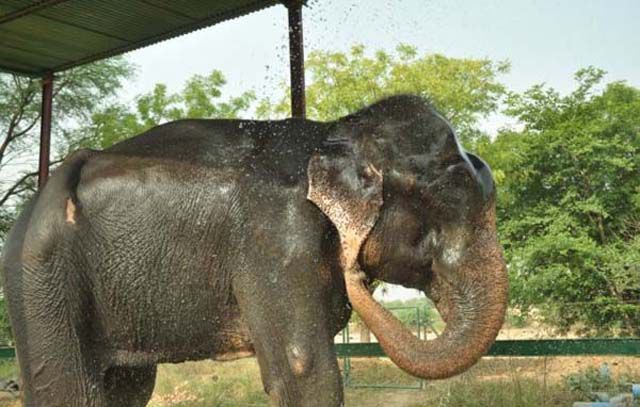 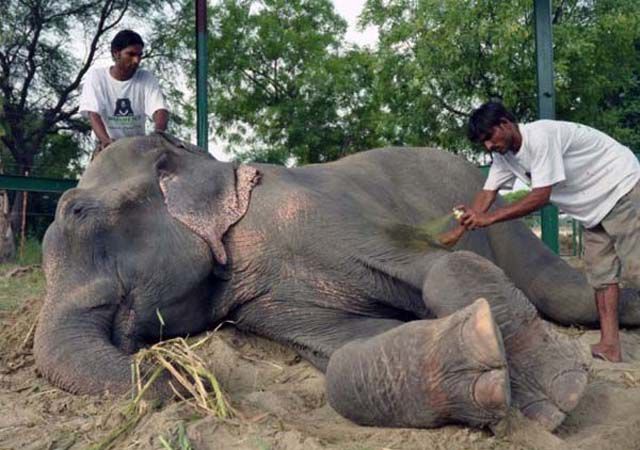 The long and difficult rescue was emotional for Raju, but also for his saviors.
13 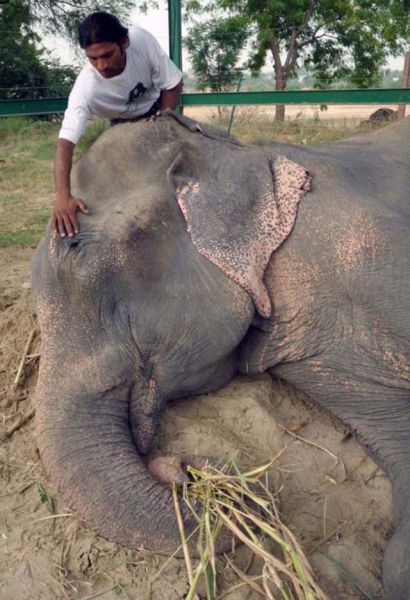 Now, he’ll live out his days being happy, free from pain and suffering.
14 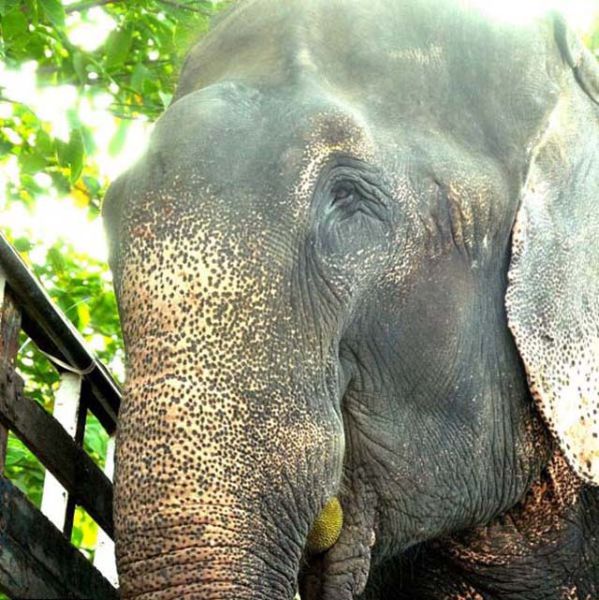 Mr. Ree 6 year s ago
Can we see a follow-up video of his former captors being beaten and having spiked chains attached to their legs?

izabeladarraj 6 year s ago
Humans can be so cruel :(
Reply
4

JISR 6 year s ago
WOW Ree¡¡¡You dont have an ice heart after all, good for the rescue team, truly human spirit.
Reply