These stoner tweets actually have some hilarious insights into life. 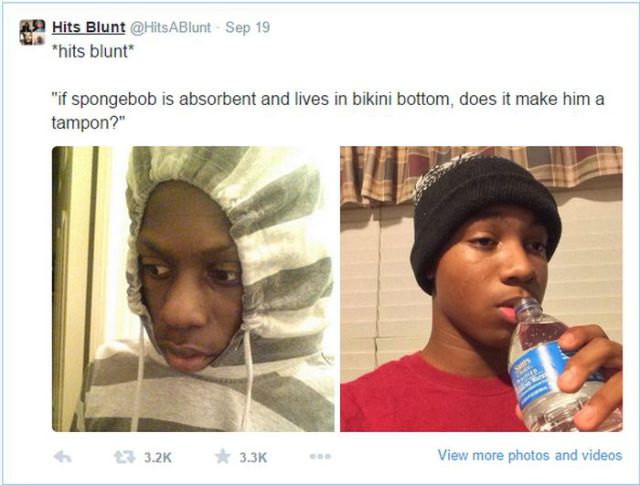 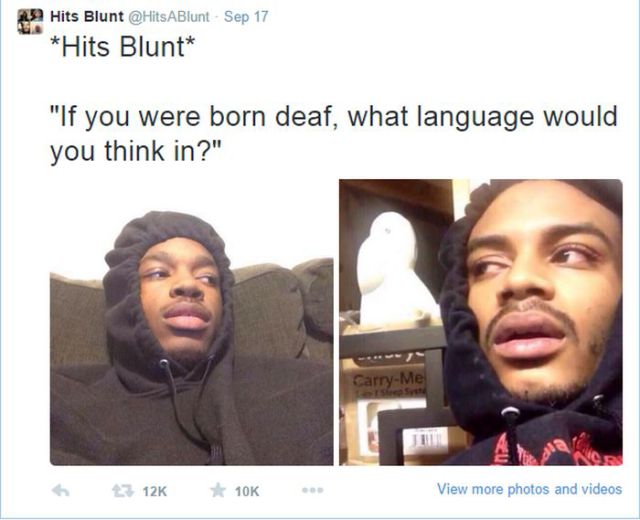 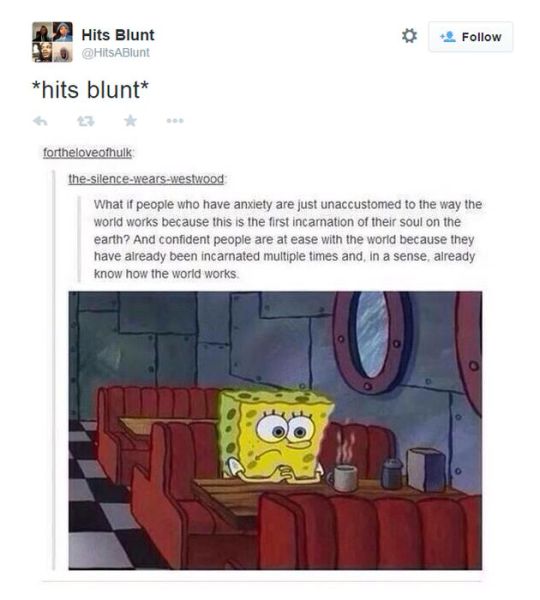 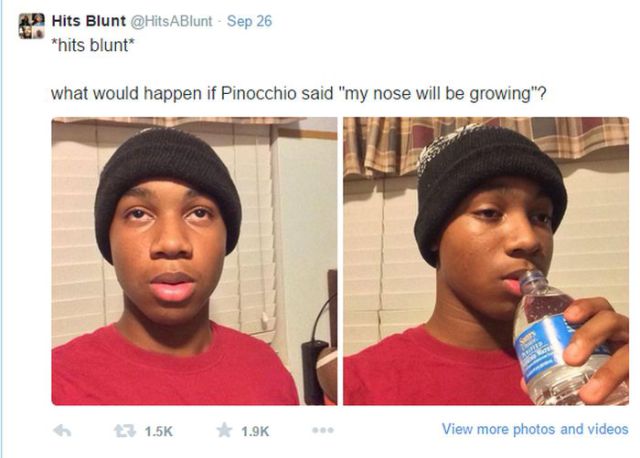 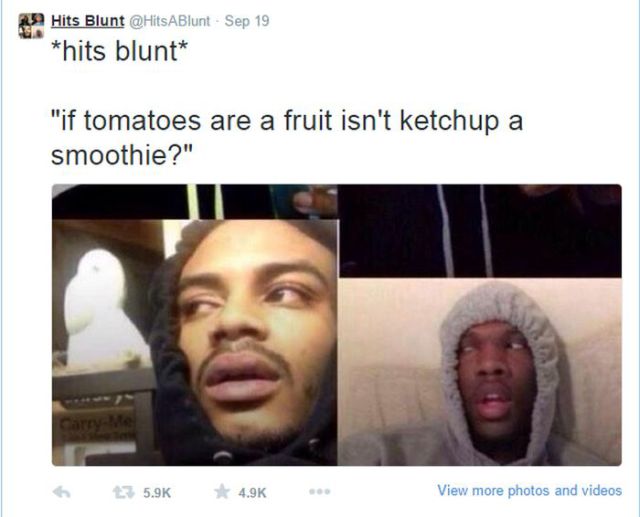 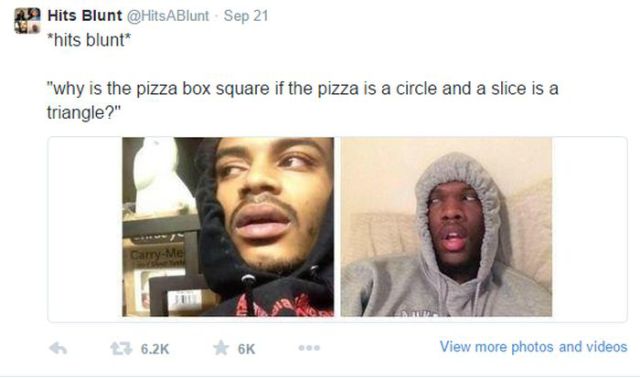 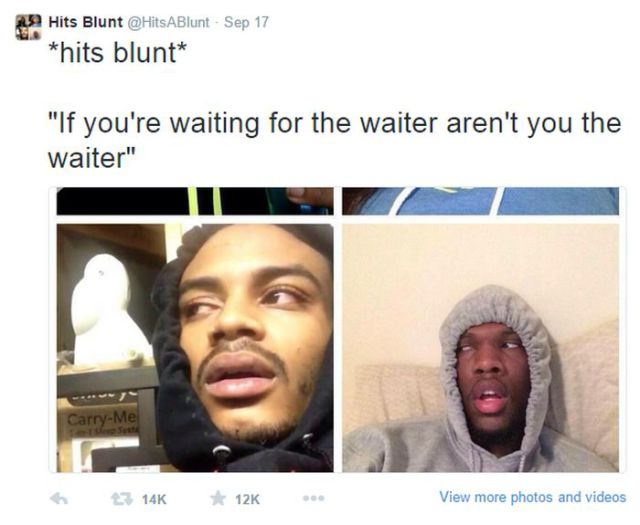 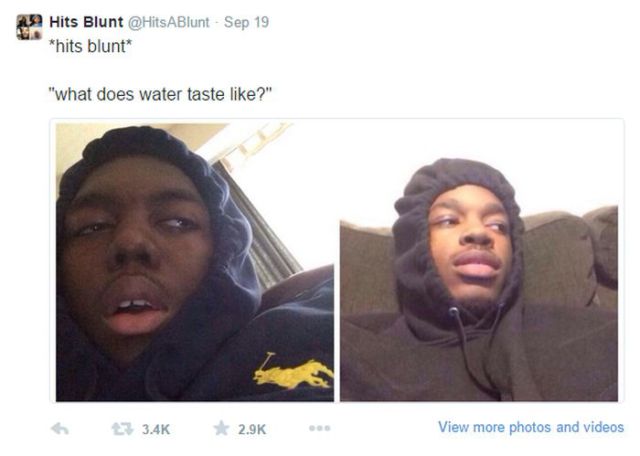 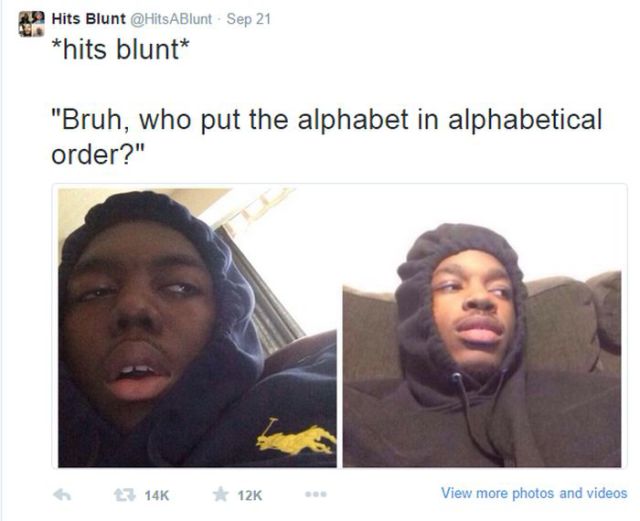 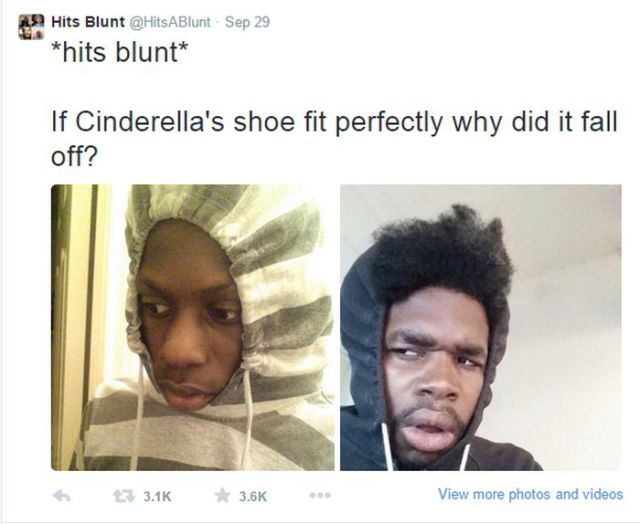 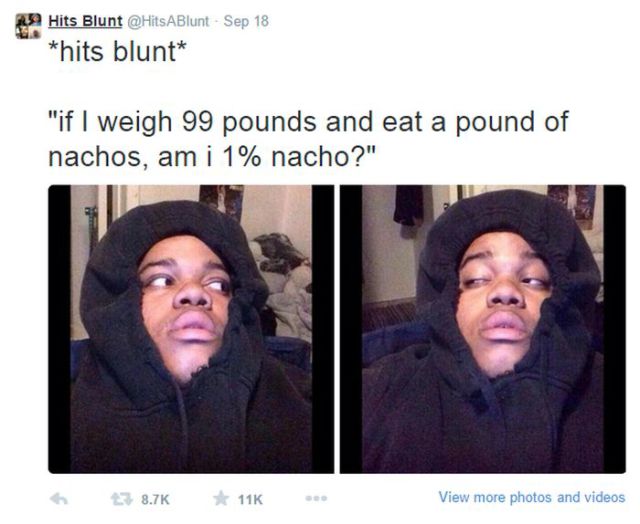 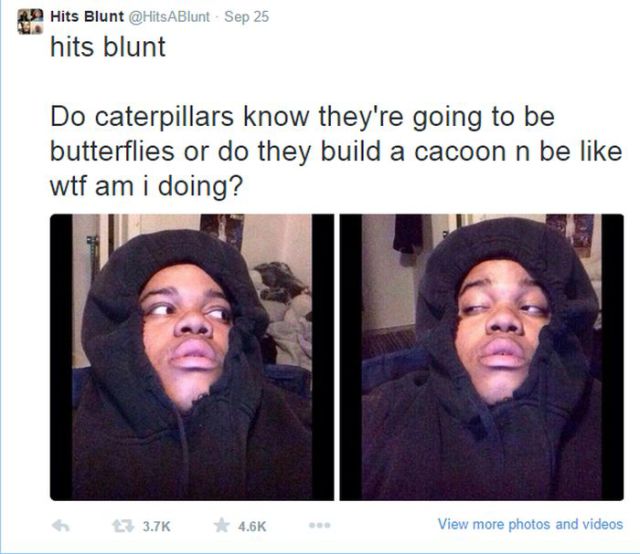 #3 That doesn't explain the extremes (overconfidence and autism). If a theory is to be valid, it has to predict the current predicament, by the standards that we understand.

#4 His nose growing or not depends on two things - the nose's ability to predict future (if Pinocchio will lie in the future), it will not grow; if no future predictability is involved regarding his nose, it will simply grow, for the nature of the statement at the time of the statement is fallacious.

#6 Easier stacking and no falling off when delivered.

#8 Depending on where it is extracted from, it may taste like sulfur, iron oxide or some other chemicals or compounds. In a more pure form, it is tasteless. I thought this was taught in gymnasium.

#11 Less than that. But considering the awesome philosophical and psychological issues the poster poses him/her self with, I'd say 24% nachos. Yup, that's an estimate for the brain.

#12 That remains debatable. The in depth question is quite fascinating: do animals only have instincts? Or do they realize why they are doing some of the things they are. Recent documentaries tend to tell us that they do have an insight as to what they do in general. Take elephants, monkeys, dogs, felines - they all have a "personality" - playful, aggressive, motivated. Their instincts are usually stronger, though, than their depth of thinking. Thus, I reckon an insect does most things on a biological tendency; instinctual is not the word - it would presume a higher level of thought. I believe we could call it a biological reflex, if one wishes. To answer the question, a caterpillar asking itself what it is doing is pointless. If it knows or not, it does not matter. The effect is the same.
Reply
0

gigantes 5 year s ago
wow, you really went for it, jubyp0b!

re #12, i think research on many fronts is making the line between humans and the other animals increasingly thin. i mean, it's not like we don't operate from a wide spectrum of instincts as well, altho many we are able to self-observe and subject to a degree of modification, such as sleep, satiety, procreation, order, paternalism and the like.
Reply
0

nohelpneeded 5 year s ago
They are only really good points if you are actually stoned. Otherwise they are just stupidity.
Reply