People tend to go a little crazy around the traditional black Friday sales in stores but there are some really horrific stories around the day that might put you off shopping forever.

A Walmart employee was trampled to death when the doors opened in New York. (2008) 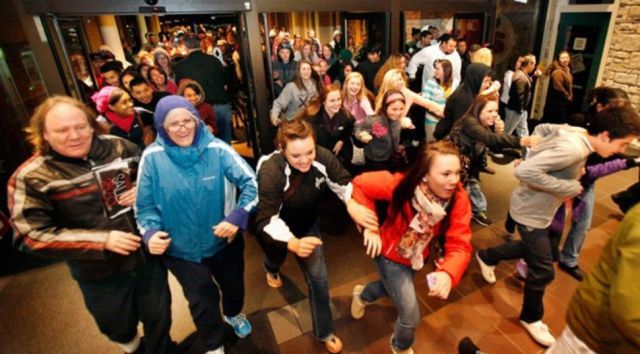 An elderly man was shot dead in an attempted robbery in Queens, after purchasing a new TV. When the thieves discovered that the TV would not fit in the getaway vehicle, they just left it with the body and fled. (2009) 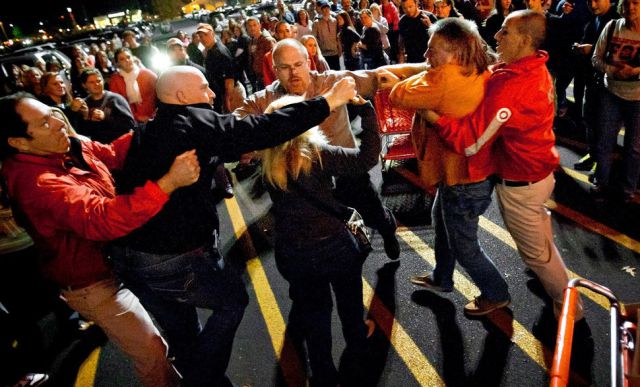 A Toys for Tots volunteer was stabbed when confronting a man stealing from the donations outside a Best Buy in Georgia. (2010) 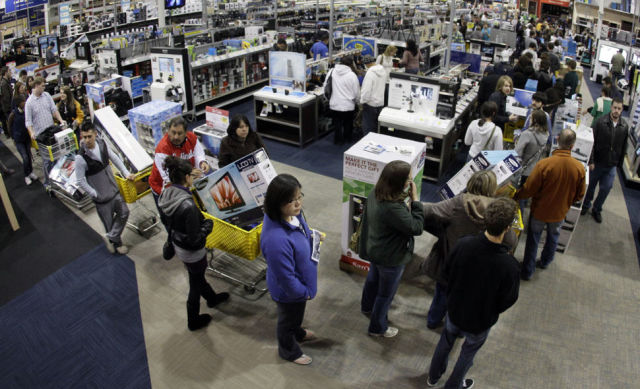 A woman tactically pepper sprayed 20 people (children included) waiting in line, to better her chances at getting a discount Xbox in LA. (2011) 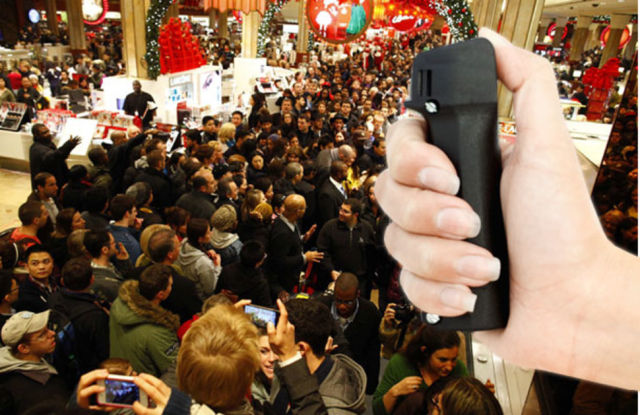 A man collapsed in a West Virginia Target amidst the chaos of holiday shopping. Other shoppers ignored, or even walked over, his dying body. (2011) 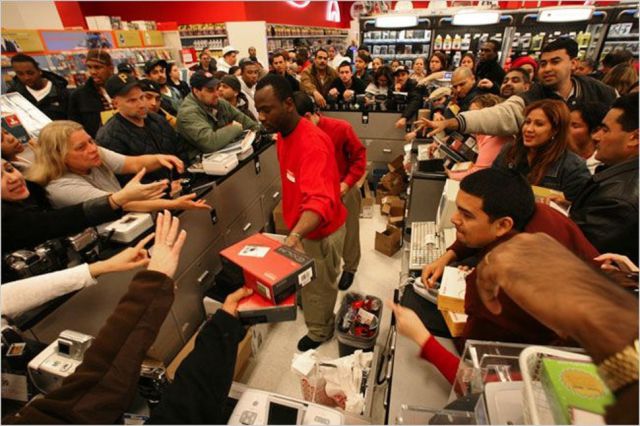 Two people were shot over a parking space outside a Florida Walmart. (2012) 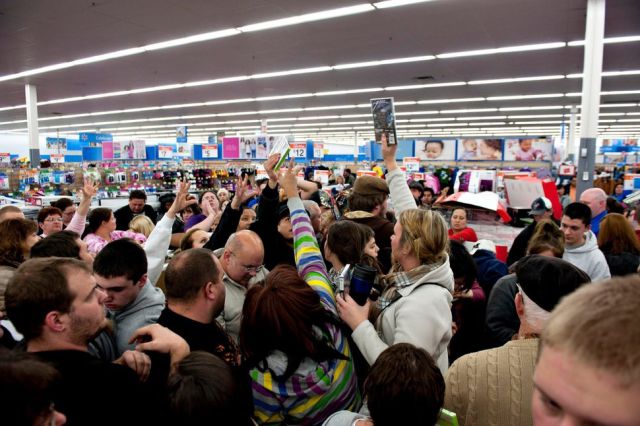 Two people were shot and killed, and two were left seriously injured, over a dispute in a California Toys ‘R’ Us. (2012) 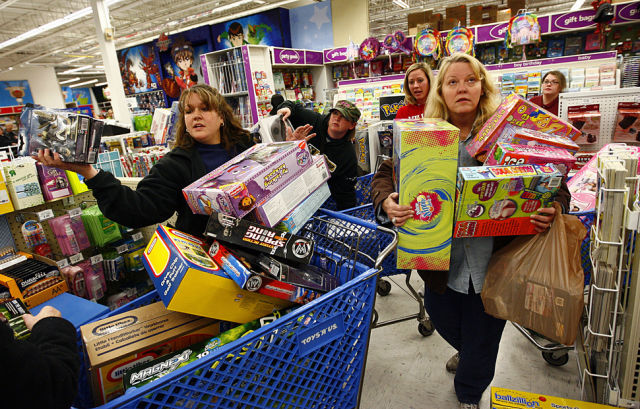 A man attempted to cut a line forming outside a Sears in Texas. When a man in line objected, the line-cutter punched him in the face. To which the punch-ee responded by whipping out a gun he had brought to the store for just such an occasion. (2012) 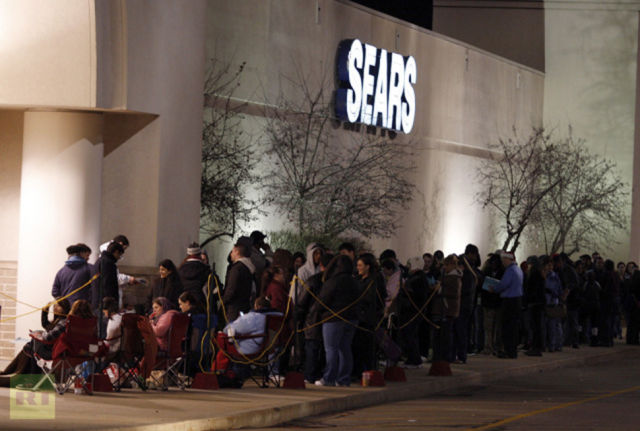 A man in Massachusetts went into Kmart to purchase a new flatscreen TV, leaving his girlfriend’s 2-year-old in the car. Police later found the man back home watching his new TV, having left both the toddler and the car at Kmart. (2012) 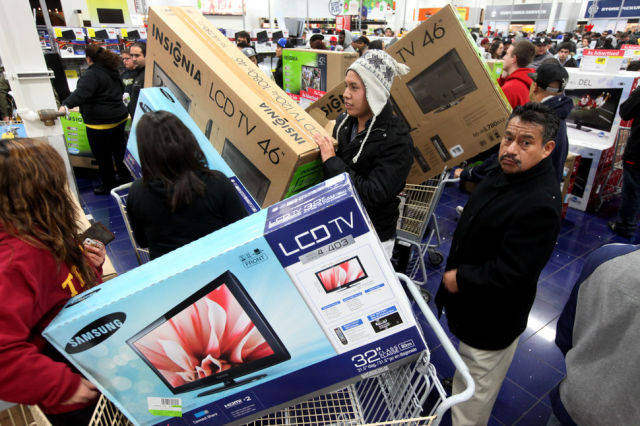 Two women shoplifted from an Old Navy in Michigan, and when approached by a store detective in the parking lot, fled the scene leaving the stolen items behind. They then looped around, and took the goods back from the detective at gunpoint. (2012) 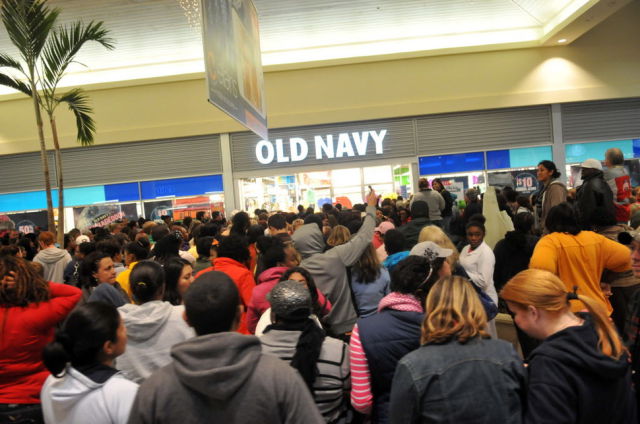 A man traveling between Walmarts in Tennessee became enraged when he felt a woman he was driving behind was moving “too slowly.” After tailgating and swerving behind her for some distance, he pulled up alongside her, pulled out a gun and shot at her. (2012) 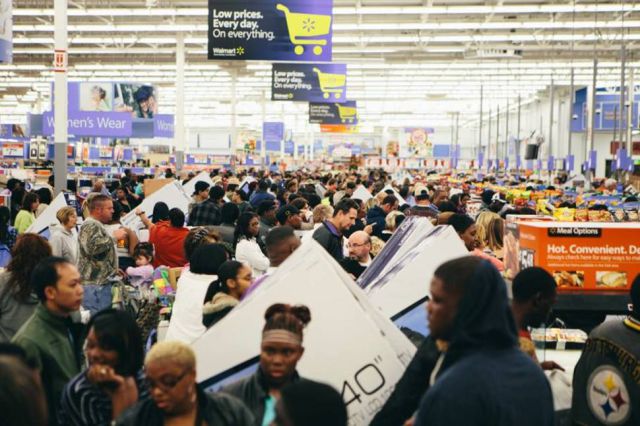 A man was slashed “down to the bone” after threatening another man over a parking spot at a West Virginia Walmart. (2013) 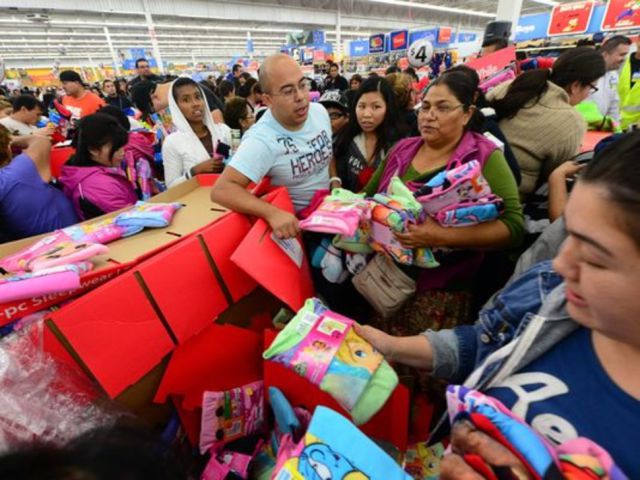 An 11-year-old girl was trampled by frenzied shoppers at an Ohio Wal-Mart, sending her to the hospital. (2013) 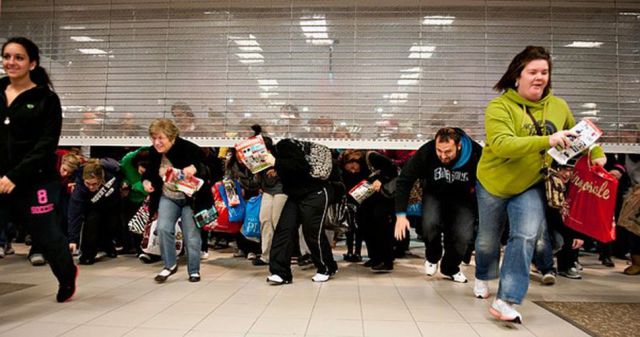 And then there are the anecdotes from retail sales associates past and present:

Like this employee that watched a good person get punished by an old lady:

This employee who just needed a snack:

This employee who almost got maced in the line of duty:

This employee who learned exactly what happens when you deprive people of breakfast:

This employee just trying to enjoy their lunch break:

This employee who almost witnessed an old lady die that day:

This employee who will probably never respond to the "Clean up on Aisle..." call ever again:

This employee who learned just how far people will go for a free Surf & Turf:

And finally (on a slightly lighter note), this employee who witnessed a clean getaway:

rikki_doxx 3 year s ago
Gee I love the Christmas season. So much fun and all.
Reply