The universe is more amazing and vast than you realize and these truths will definitely teach you something.

This is the Earth, where every single human has ever lived.
1 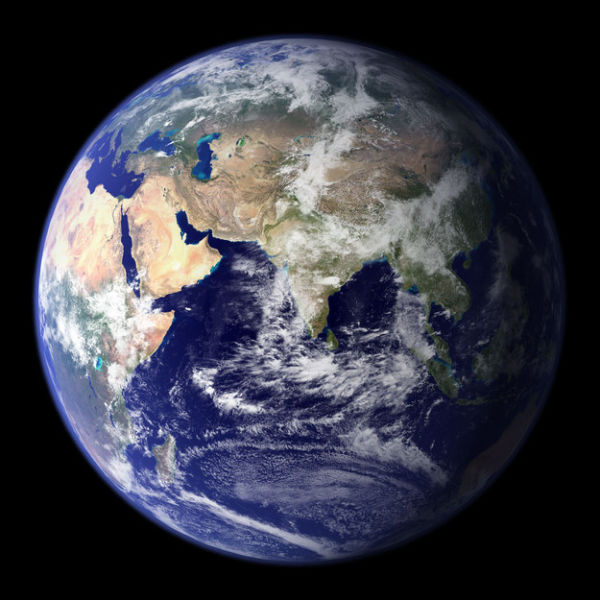 And this is our local neighborhood, the solar system.
2 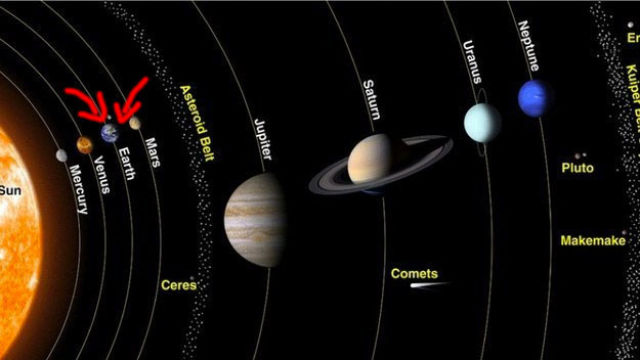 Heres the distance, to scale, between the Earth and the moon. It looks far, but is it?
3 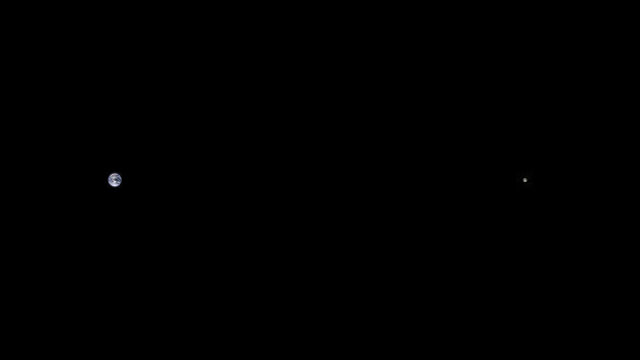 Nope. You can just about fit every planet in our solar system within that distance.
4 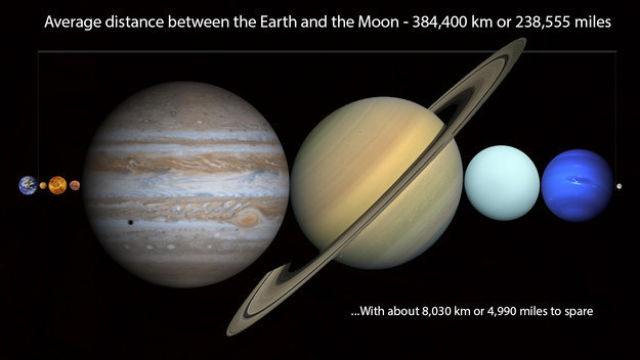 But some of these planets are very large indeed. That green speck you see? Thats what North America would look like on Jupiter.
5 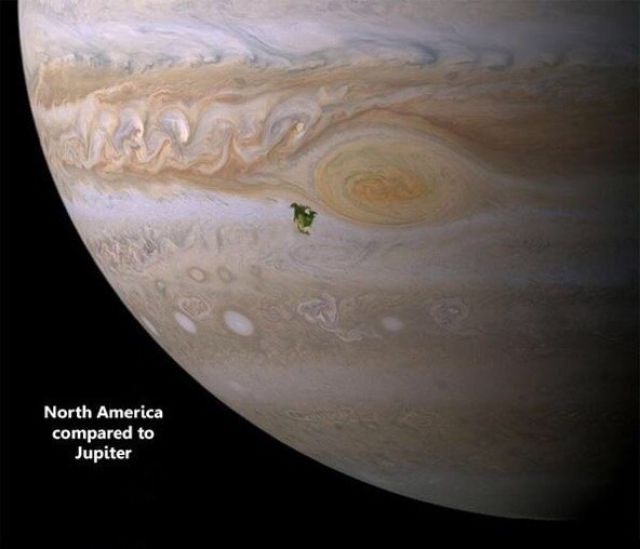 And heres how the Earth fares next to Saturn. Not very big at all, right?
6 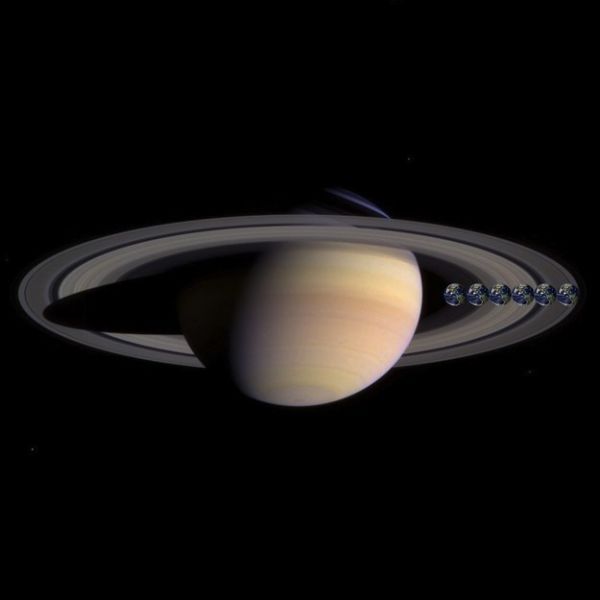 Heres a fun fact: if Earth had Saturns rings, the view from our soil would look like this:
7 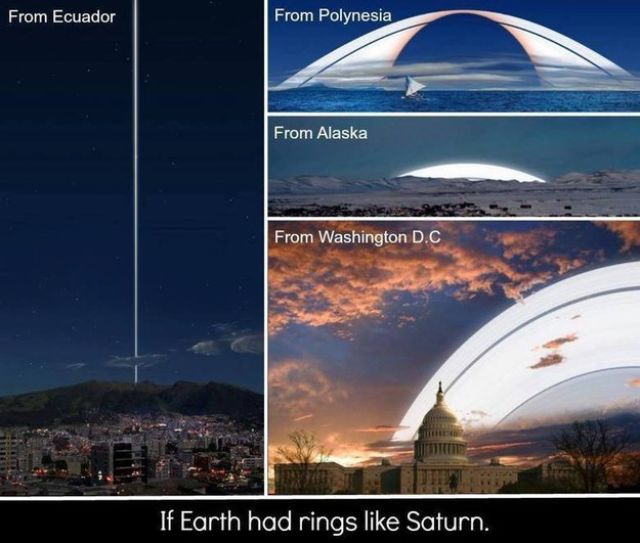 And to make things even more interesting, heres what the Rosetta comet would look like on top of Los Angeles.
8 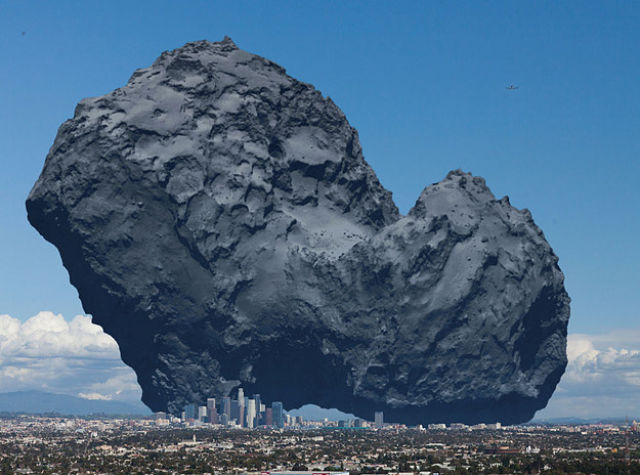 But that's still nothing considering how small we are compared to our star, the Sun.
9 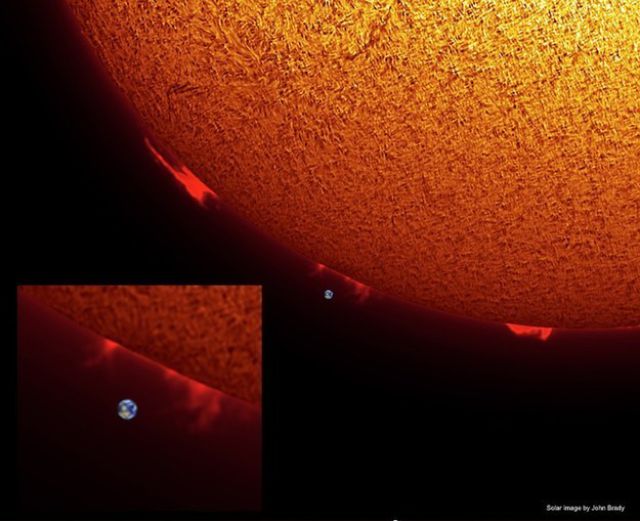 To drive that point home, here's another comparison:
10 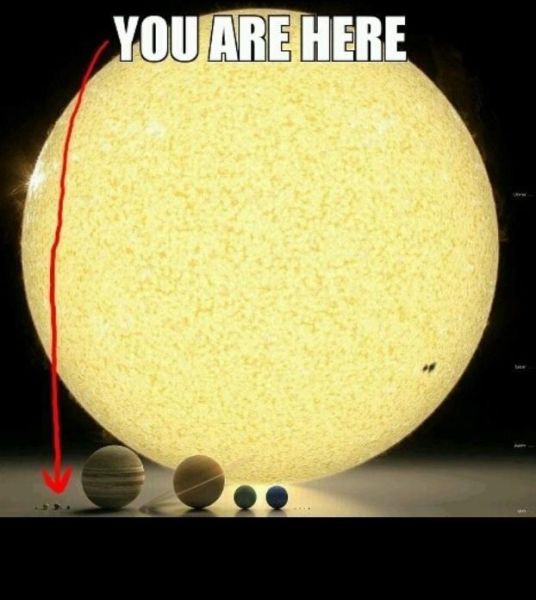 Here's what our planet looks like from the moon:
11 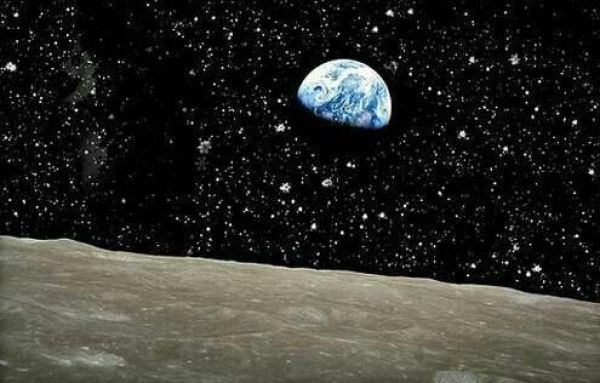 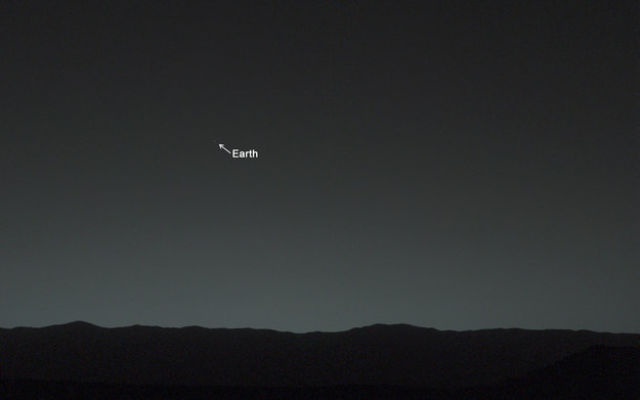 And from behind Saturn's rings.
13 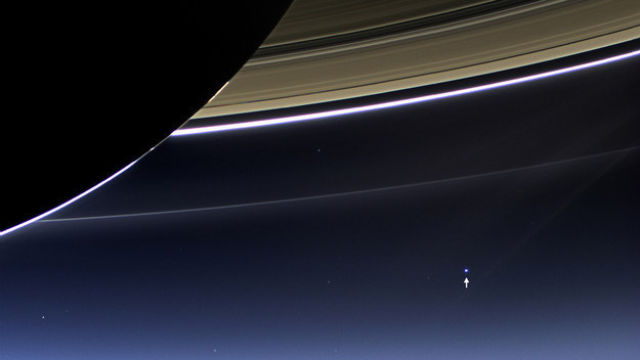 This is the earth beyond Neptune, 4 billion miles away. To paraphrase Carl Sagan, Everyone and everything you have ever known exists on that little speck.
14 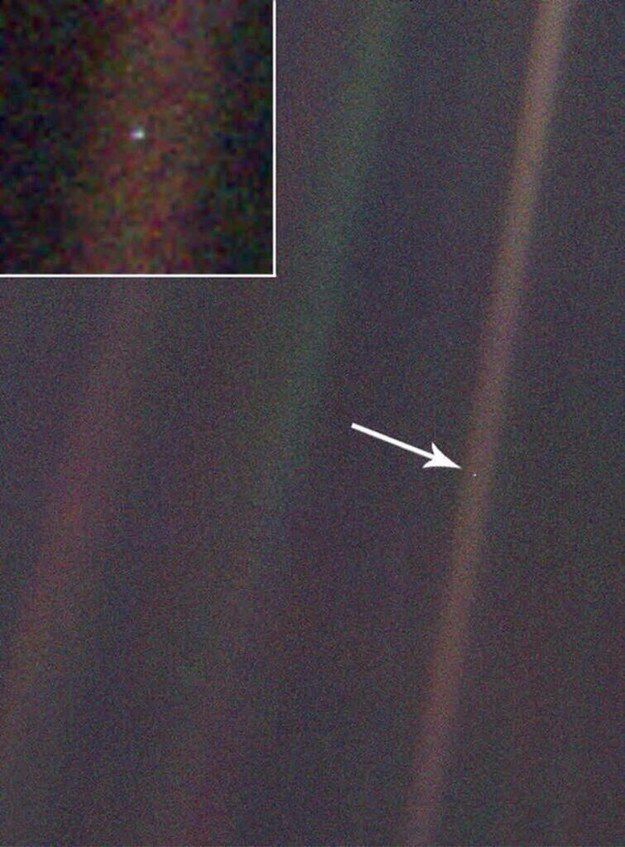 Carl Sagan once famously said that there are more stars in space than there are grains of sand on every beach on Earth.
15

Which means that there are ones much, much bigger than what would be our relatively tiny sun. I mean, just look at it.
16 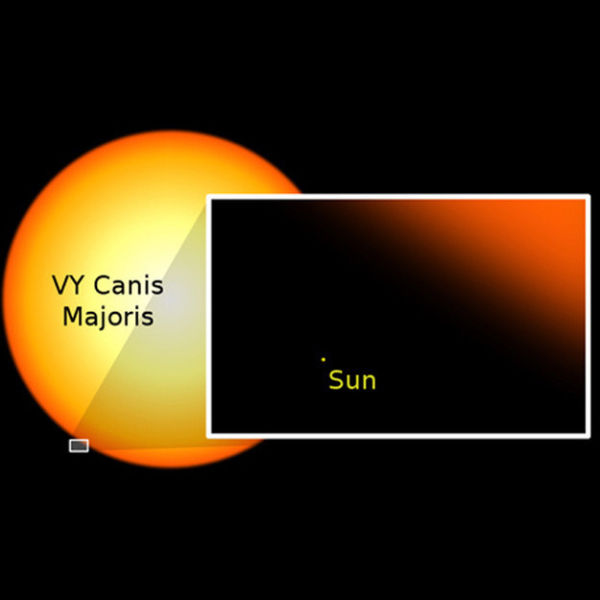 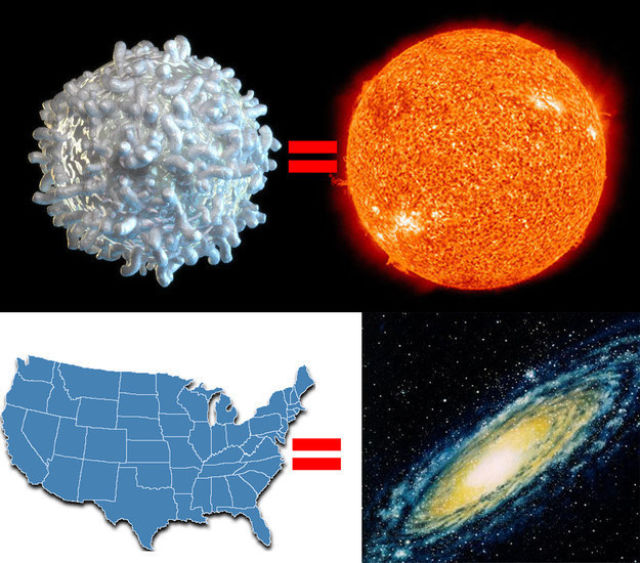 But even our unimaginably massive galaxy is TINY compared with some other much larger galaxies. Heres the Milky Way compared to IC 1011, 350 million light years away from Earth.
19 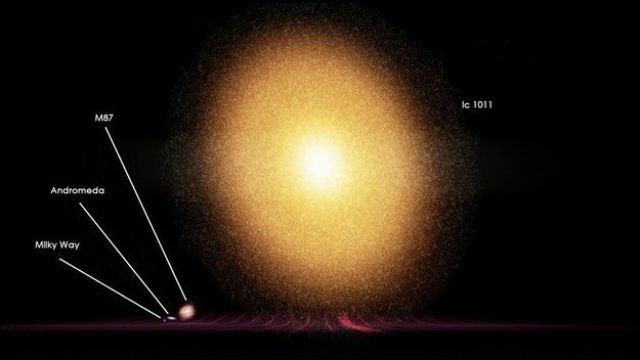 But it gets even better. This picture taken by the Hubble telescope shows thousands of galaxies. The best guess currently is that there are 100 Billion galaxies, each containing millions of stars, each with their own planets.
20 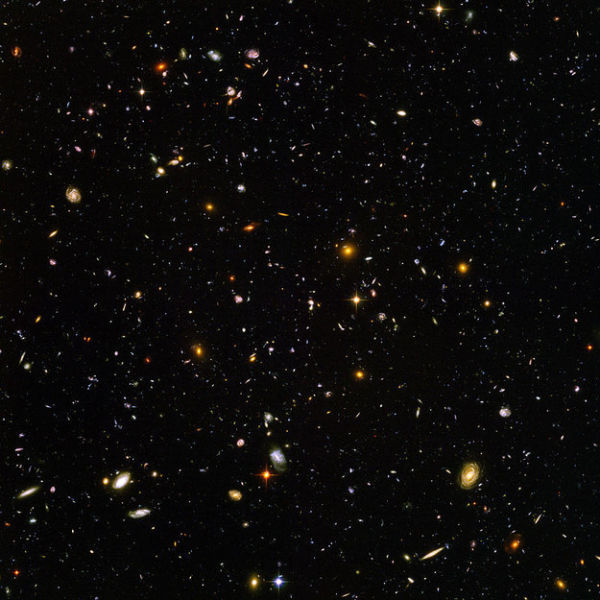 This is UDF 423, a galaxy which is 10 BILLION light years away. That means this image, even when viewed in a telescope now, right here on earth, is actually 10 billion light years old. Try to wrap your head around that one.
21 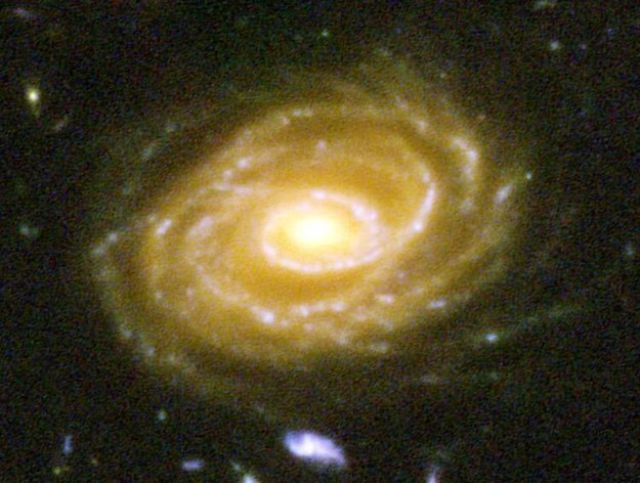 But you should also know that all of this is just a fraction of the universe.
22 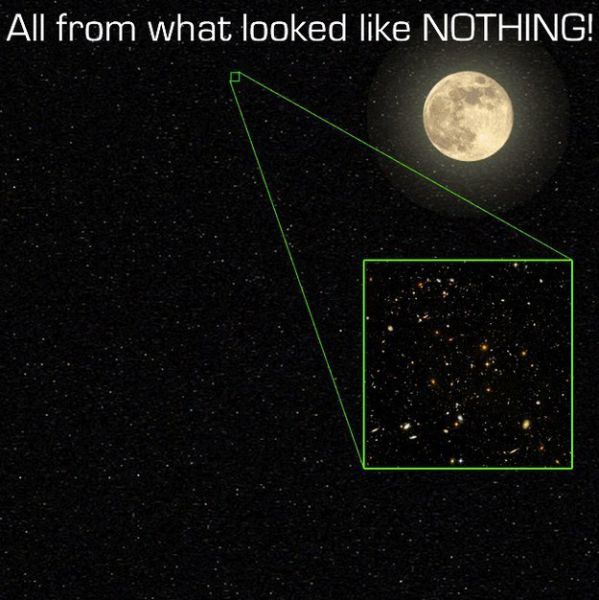 So to put this all in perspective, let's look at earth, and then start to zoom out.
23 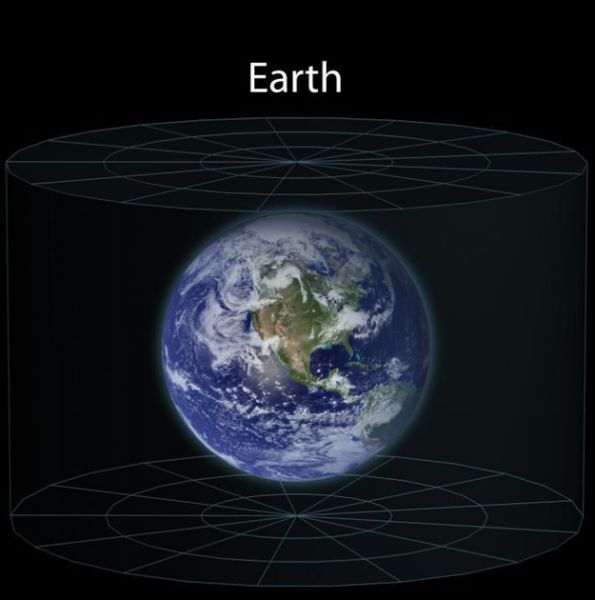 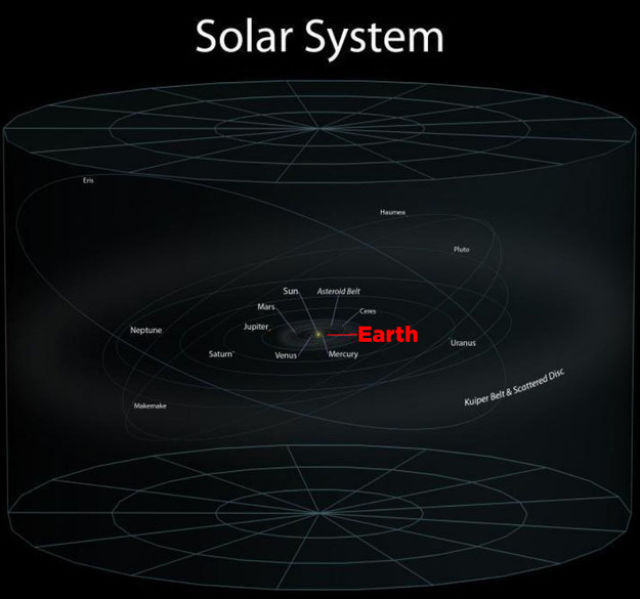 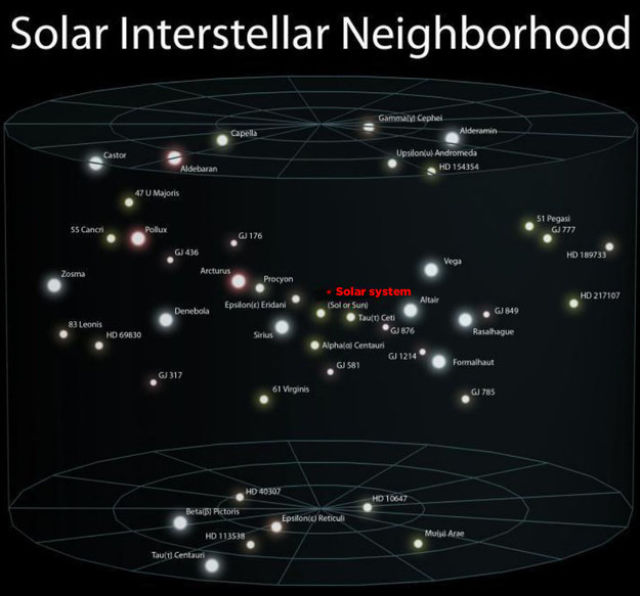 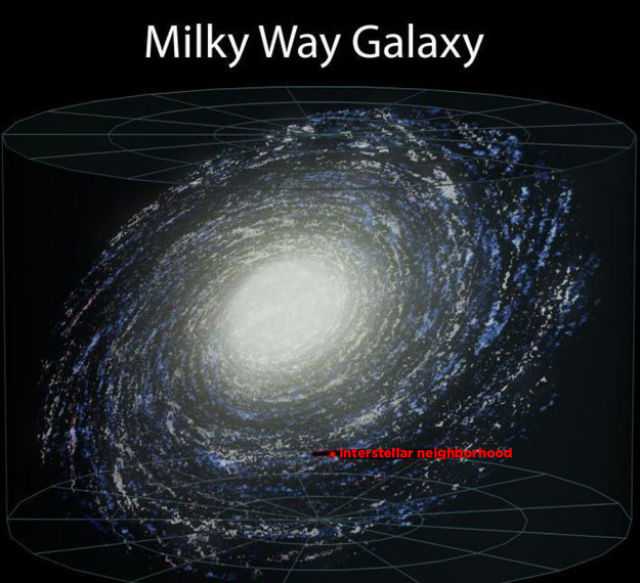 Anyone else starting to feel small?
27 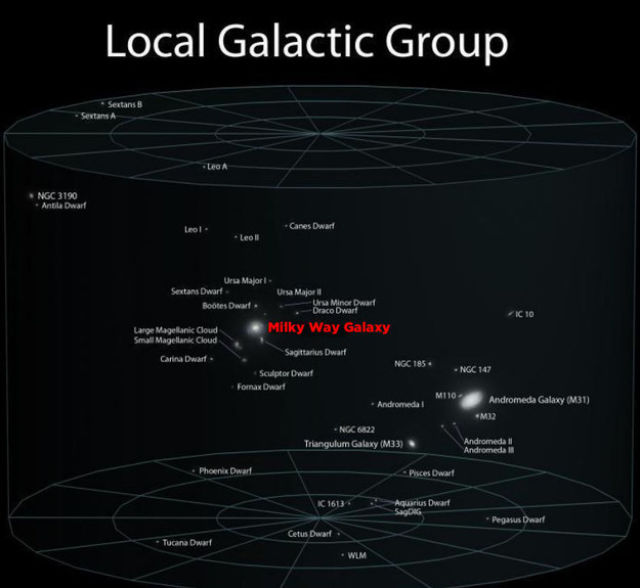 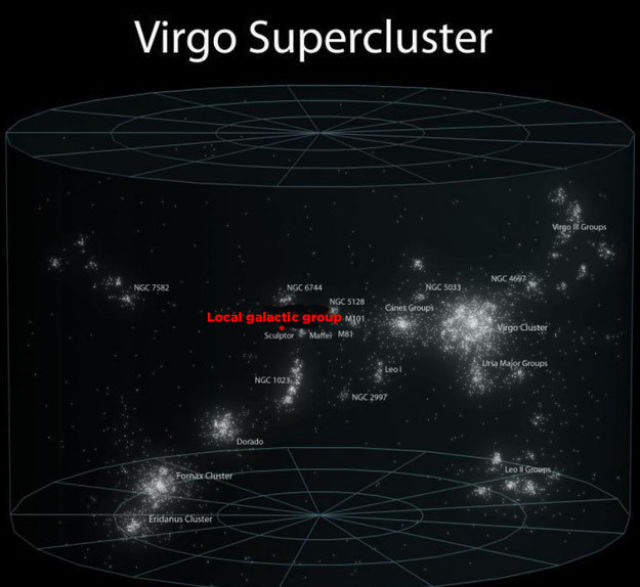 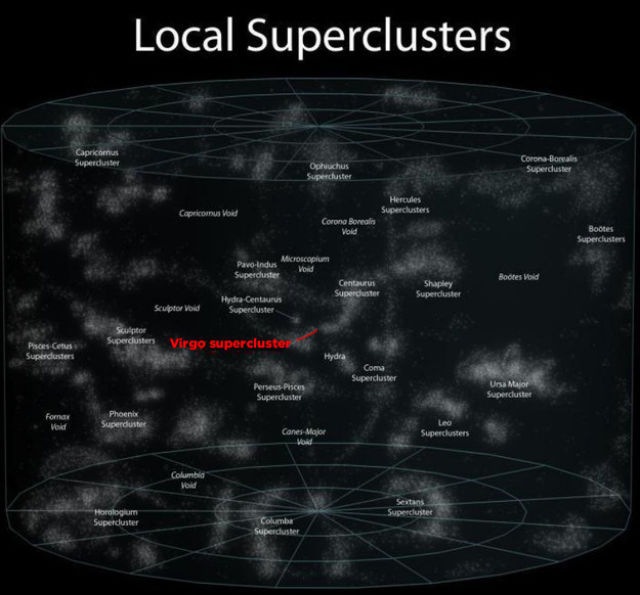 The entire observable universe as we know it.
30 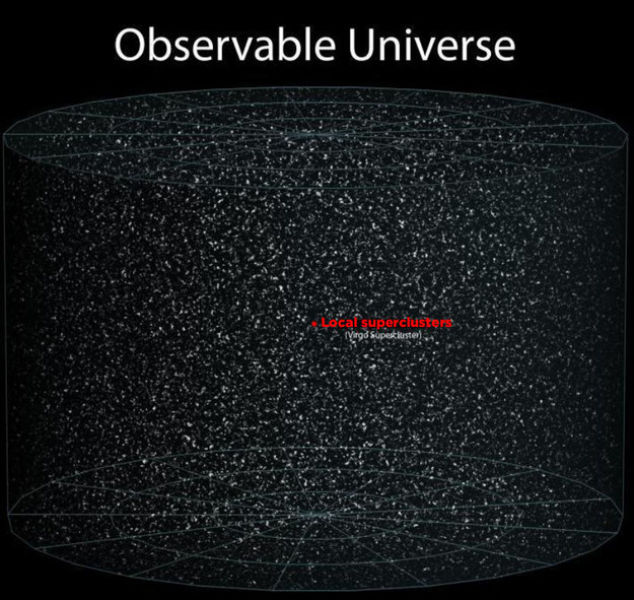 radiazioni.sonore 5 year s ago
...and is still difficult to find a parking
Reply
0

peter.morley.39904 5 year s ago
Explanation above #21...A light year is a measure of distance not time.
Reply