Things That Women Have Been Banned from Worldwide (10 pics)

Apparently women still don’t have the same rights as men in some parts of the world.

In Florida, widowed or single women are not allowed to parachute jump on Sundays

A woman who does so faces a fine or jail time. It’s also bad for a woman to fall asleep under a hair dryer in Florida, you and the salon owner will be fined. (Source) 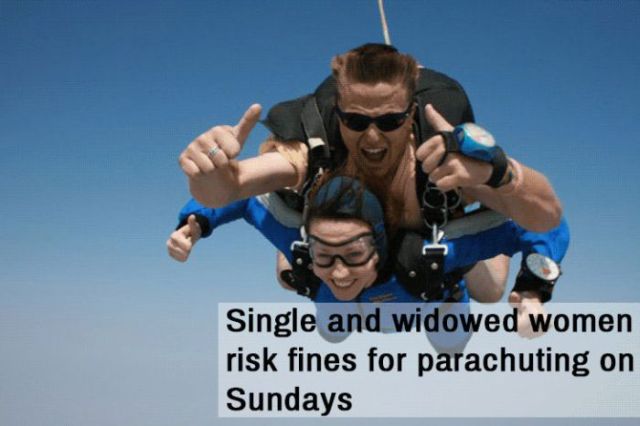 The women are barred from cheering the football or volley ball teams due to immorality concerns. (Source) 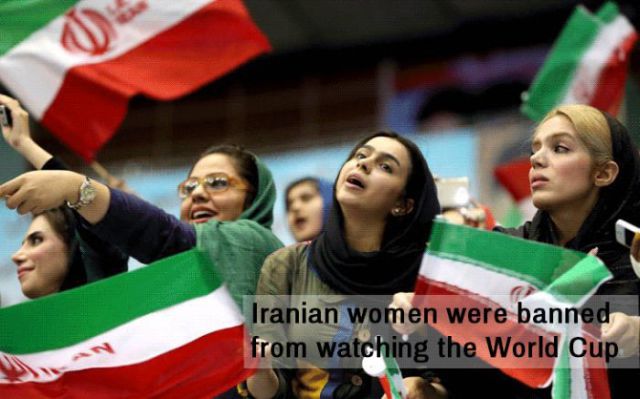 Women need permission from their husbands to wear false teeth

In Vermont, women should obtain written permission from their husbands to wear false teeth (Source) 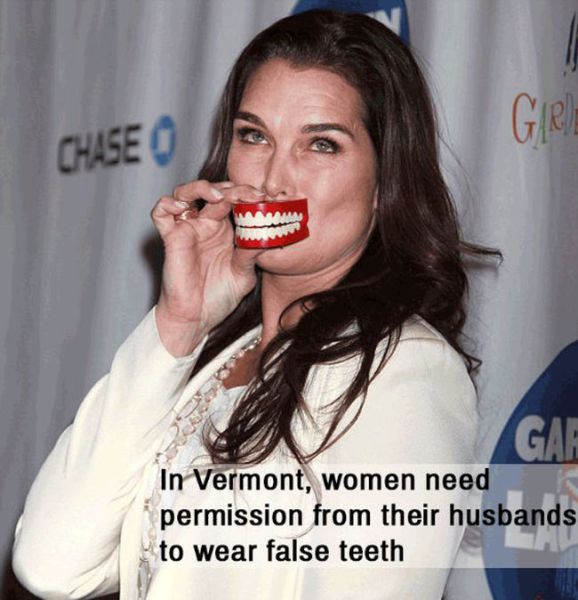 In Whitesville Delaware, a woman cannot propose marriage to a man

If caught or reported, they could be charged for disorderly conduct. (Source) 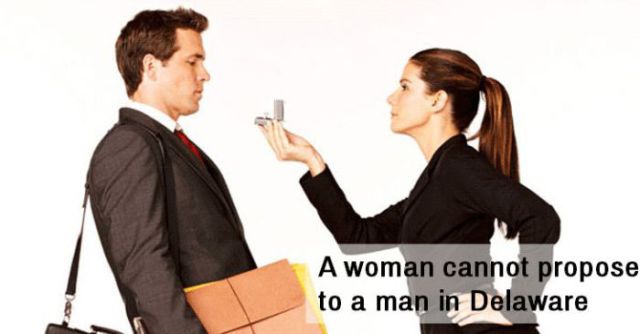 A village panchayat in Asara banned women who were below 40 years from going to the market place in 2012. They also prohibited girls from using mobile phones on the streets. (Source) 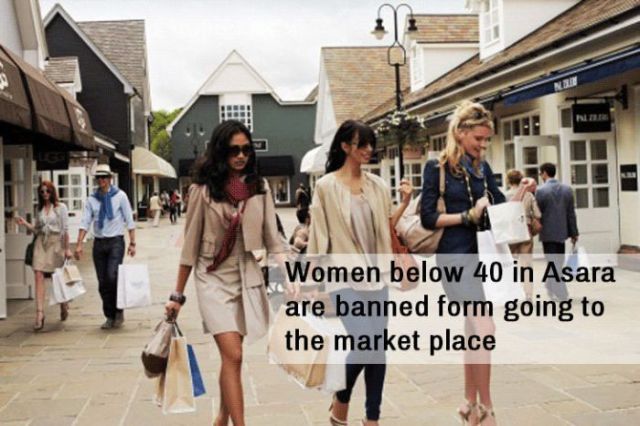 Saudi women are not allowed to drive

According to a report by Academics from one of the highest religious councils in Saudi Arabia, allowing women to drive would “provoke a surge in prostitution, pornography, homosexuality and divorce”. If the ban was lifted, there would be “no more virgins” within a 10 year span in the Islamic Kingdom. (Source) 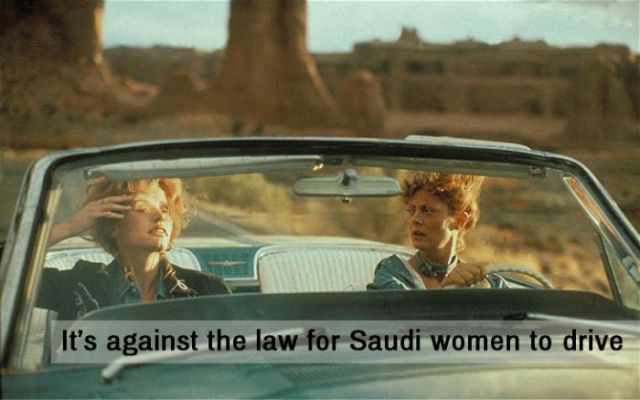 Women have no voting rights

Women have no voting rights in Vatican City. This is also the case in Saudi Arabia although a royal decree that was issued in 2011, will allow women to vote in 2015. (Source) 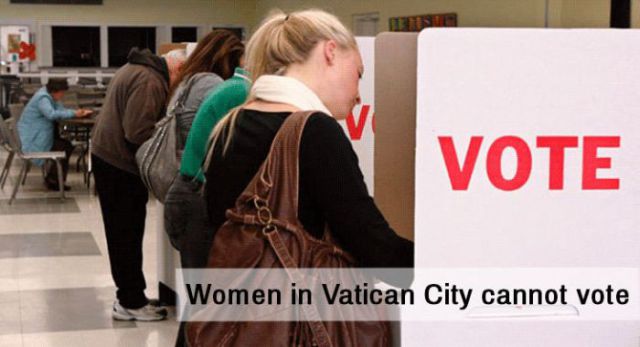 A woman is considered half a witness in Yemen

According to a 2005 freedom House report, a woman is not “recognized as a full person before the court.” In general, a single woman’s testimony isn’t taken seriously unless it’s backed by a man’s testimony or concerns a place or situation where a man would not be. And women can’t testify at all in cases of adultery, libel, theft or sodomy.” (Source) 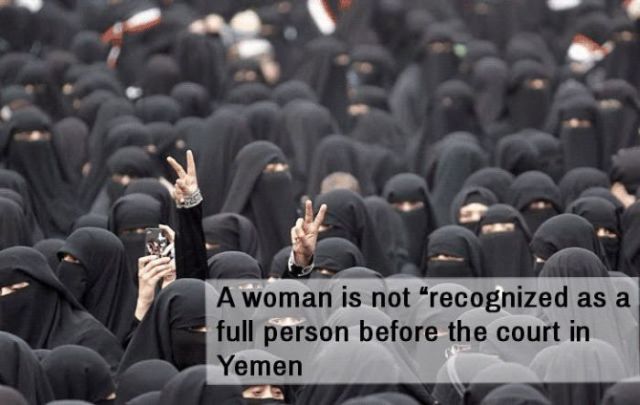 Women should have a male Guardian

All females in Saudi should have a male guardian. They are forbidden from conducting any official business, travelling or undergoing some procedures without permission from a male guardian. (Source) 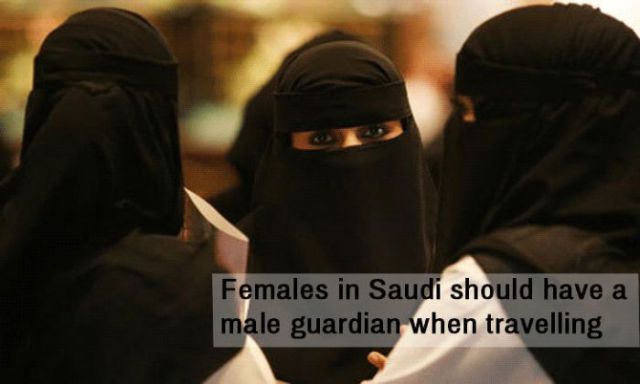 Women in Afghanistan were prohibited by the Taliban from…

…working outside their homes, studying in school and wearing shoes that made noise while they walked. The windows to their house were also to be painted if a woman was inside the building. (Source) 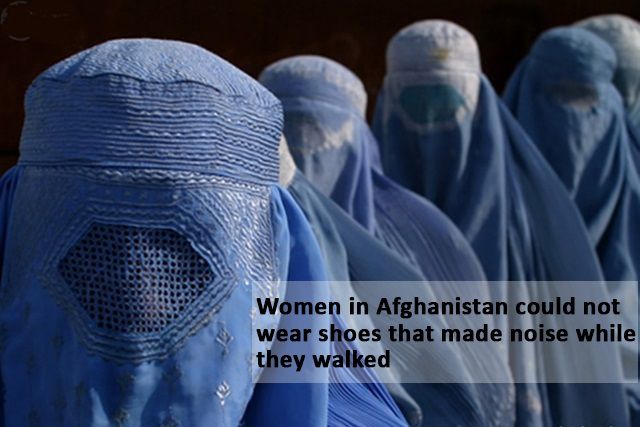 domn8jr 5 year s ago
1,3,4 are old laws that are not enforced and mostly forgotten about and never removed.
Reply