This realistic night sky has been created using only LED lights and it really is quite amazing.

"The field of stars that Im using. The red grid corresponds with the measurements of my bedroom; the thick squares are 1x1 meter" 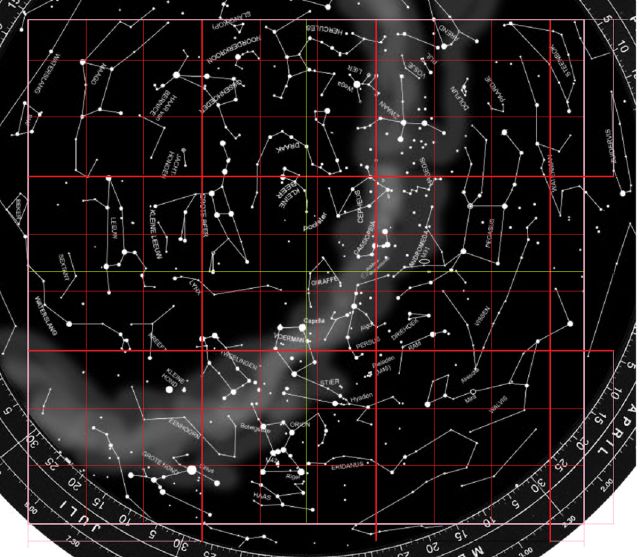 "The drawing of all the different wires. I use an unused CAT5 cable for the wiring. Not the strongest kind of wire, but I needed a *lot* of wires, and not too much weight as it has to hang from the ceiling obviously. I estimate I used a total of 300 to 400 meter of wire (1000 to 1300 feet)! Here you can also see the 7 different circuits I used." 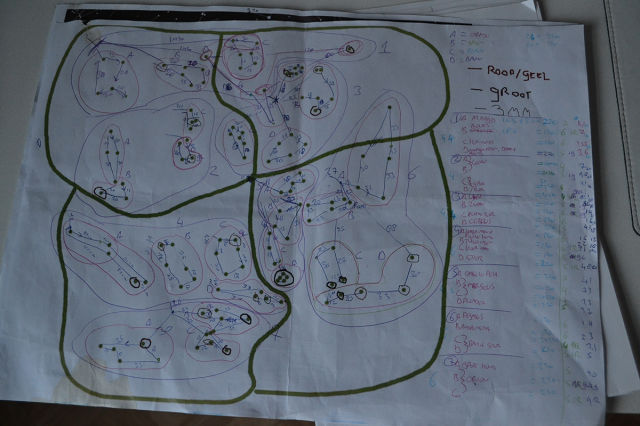 "Yay, the ordered LEDS arrived! I bought a few big ones (10mm), about 125 normal white ones (5mm) and a few smaller ones (3mm). I also ordered some different coloured ones (red and yellow). In the total project I used a little under 150 LEDS" 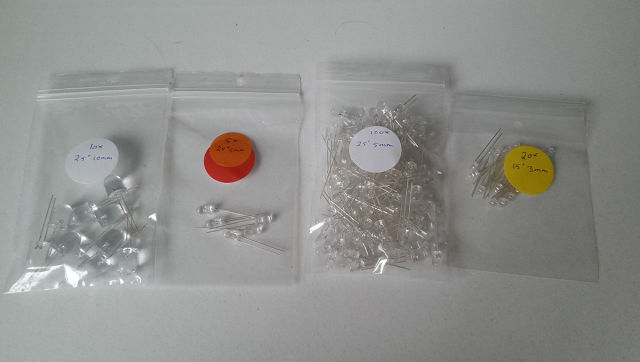 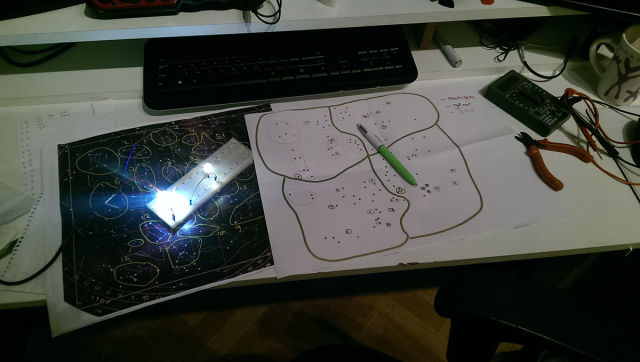 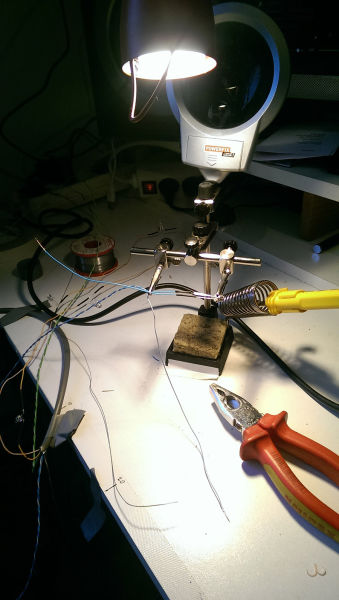 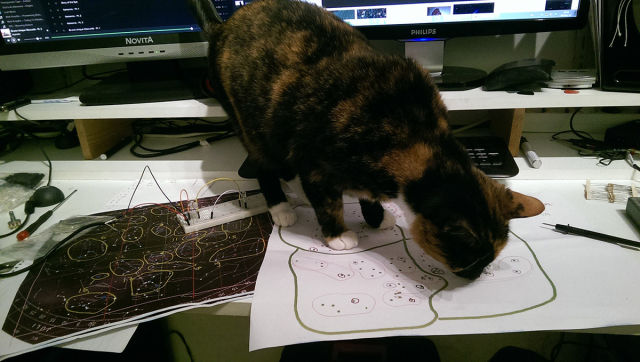 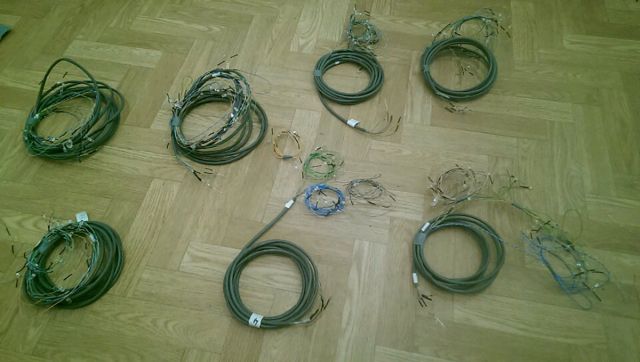 "First I spanned the cloth Im using on the floor.." 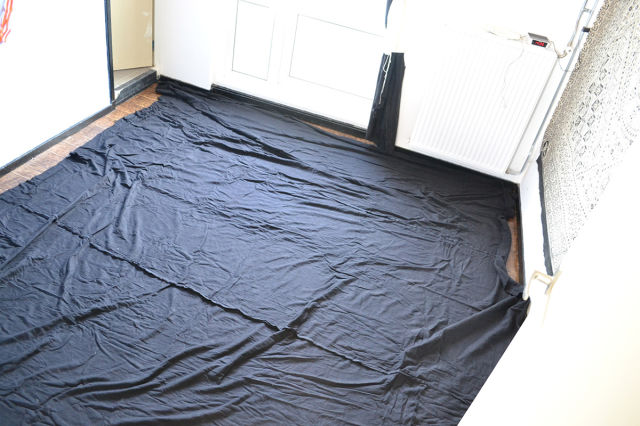 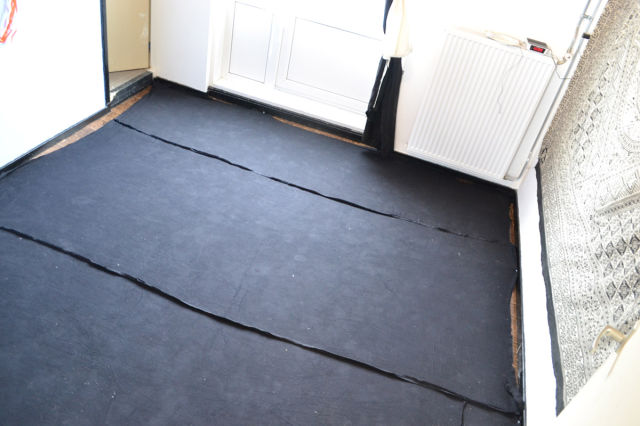 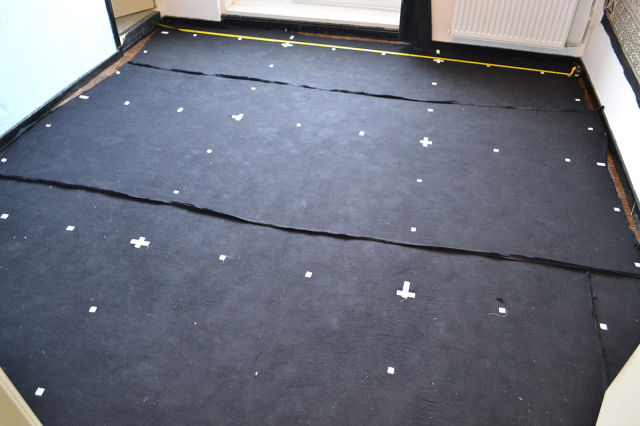 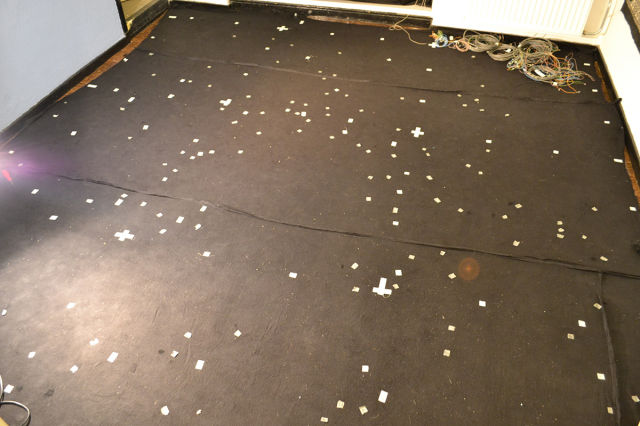 "Then I replaced the tape with the LED-holders..." 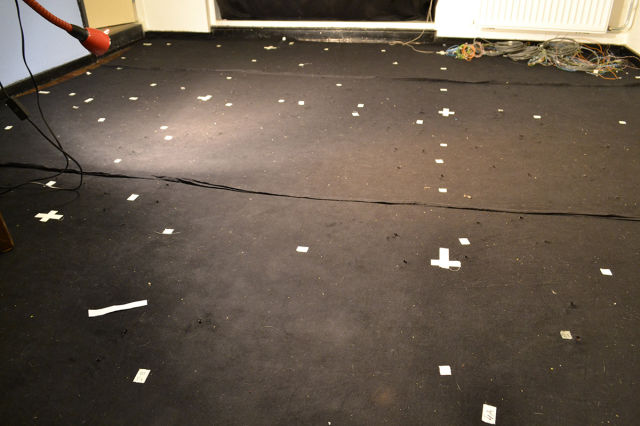 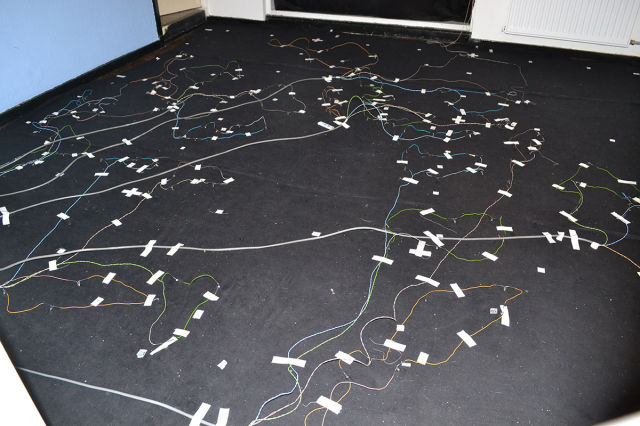 "Now the hardest part! Getting it on the ceiling without the LED's falling out or the wires breaking. I decided to get one side up first, and then work my way to the other side" 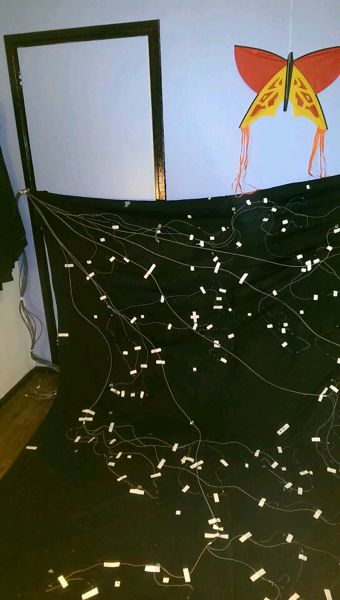 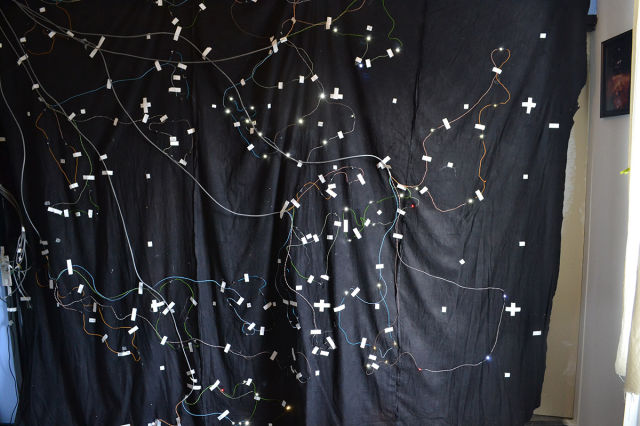 "This is how I attached the cloth to the ceiling." 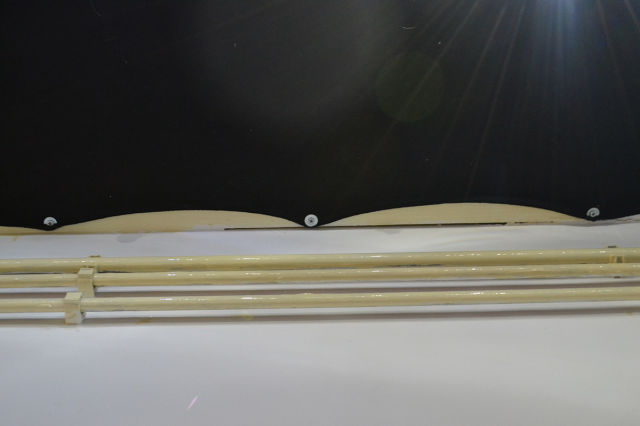 "I use an old laptop-charger (19.4V, 4,5 amps, not all used ;)) to power tthe LED's. Here is a test-setup of the breadboard powering all the leads. I have every constellation seperately wired. Eventually I want to make a 'switchbox' so you can illuminate the constellation of your choice!" 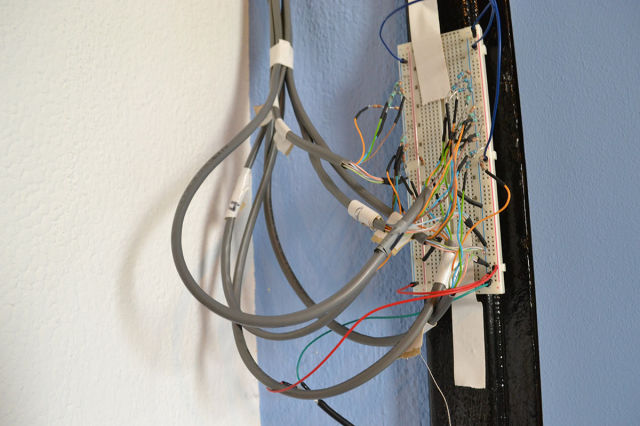 "The final result! At this point I realised I made a vital mistake. That is; I did think about it but I just came to the wrong conclusion. The starmap I used is a mirror-image of the real sky when you look up (they always are). I thought this mirroring would be undone when I lifted the whole thing up to the ceiling, but I didnt think this through enough apparently.. Instead of 'un-mirrored' it is now 'double-mirrored' *cry.. The constellations are in the right position with respect to eachother, and the distances are right, just the whole thing should be flipped.." 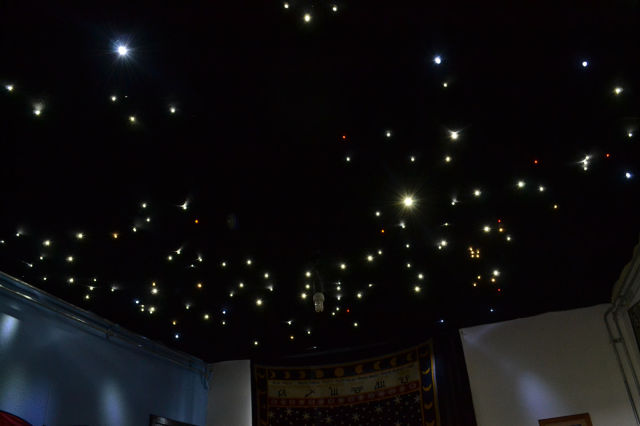 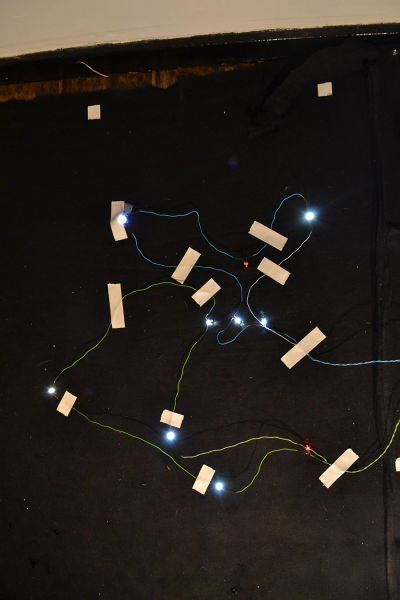 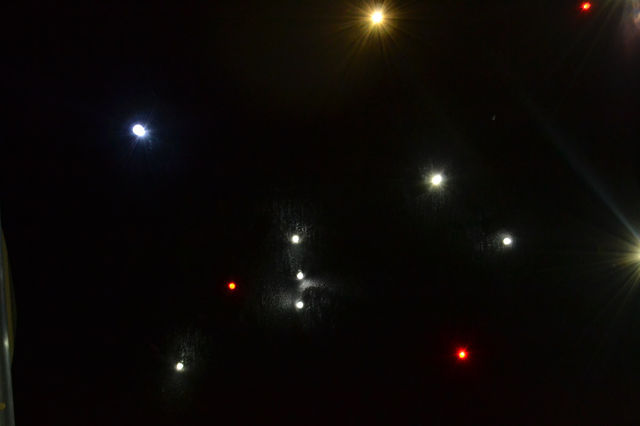 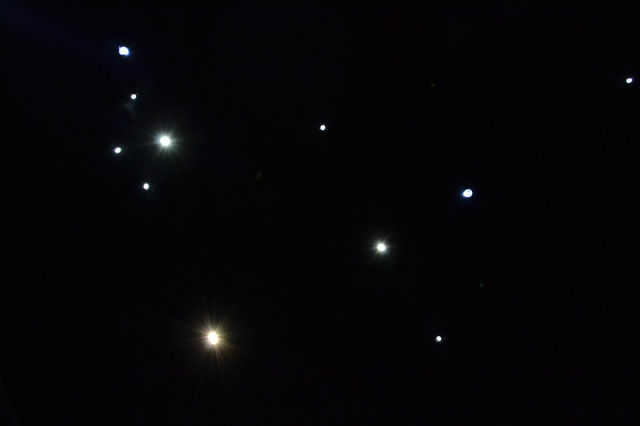 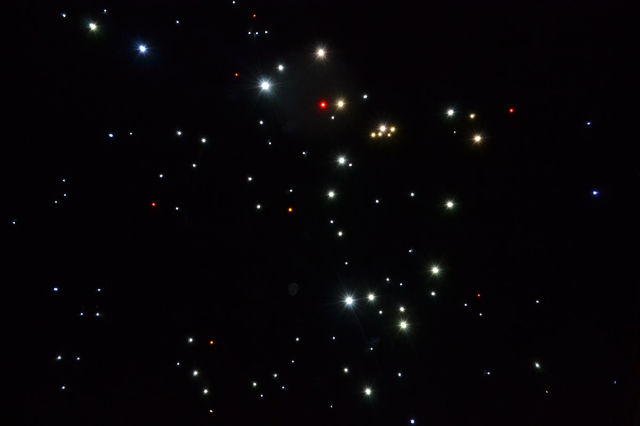 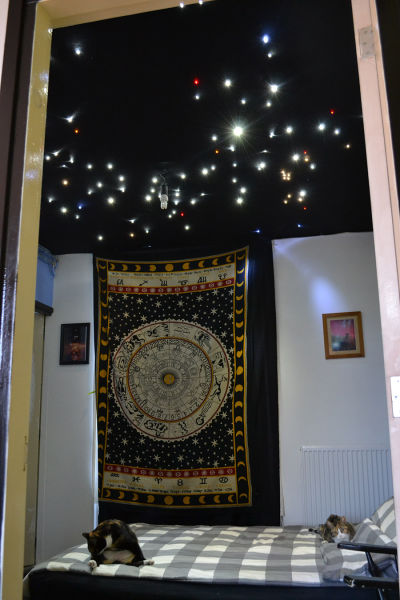 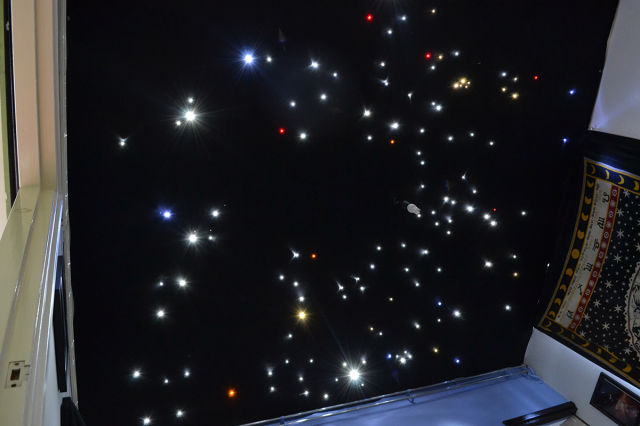 gigantes 5 year s ago
cool, but looks way too bright. time to add a potentiometer. also, would have been a lot more practical to build a simple pinprick projector... that way you could easily make adjustments and even take it to a friend's house, etc.

commercial home planetariums go from around $30 up and have features like changeable skies and rotating in sync with the earth's orbit.
Reply