The High Price of Industrial Growth in China (18 pics)

China’s production has been growing over the past 20 years but the locals are definitely paying for this economic boom. 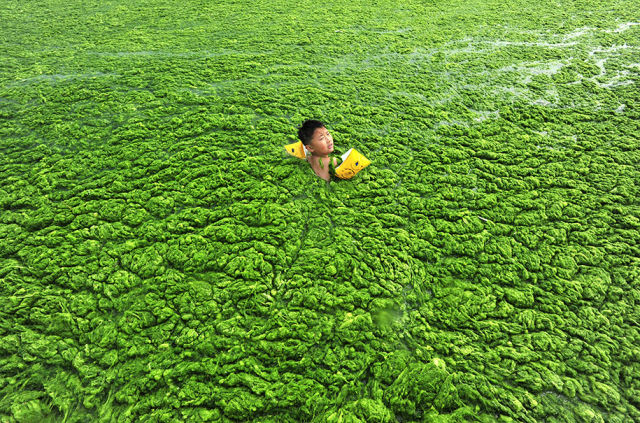 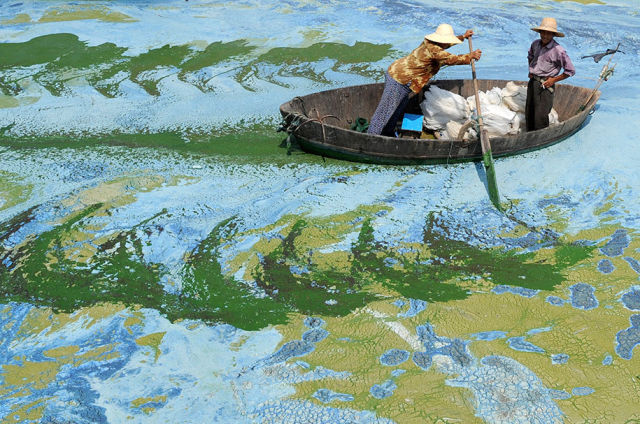 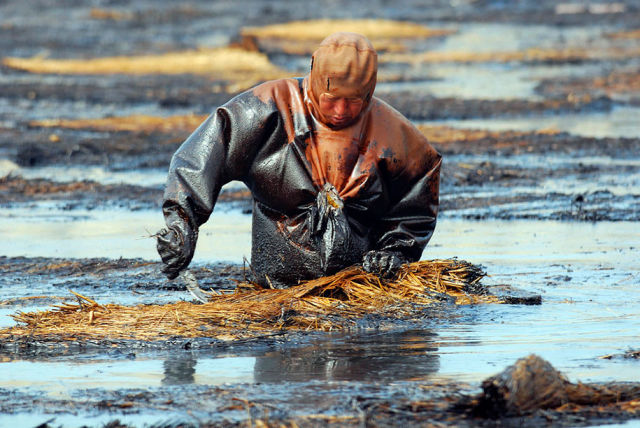 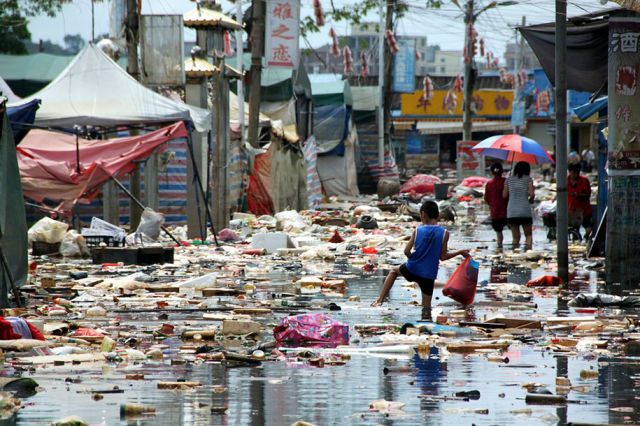 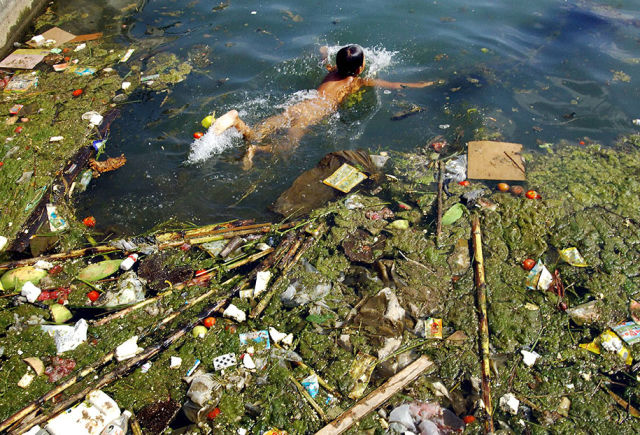 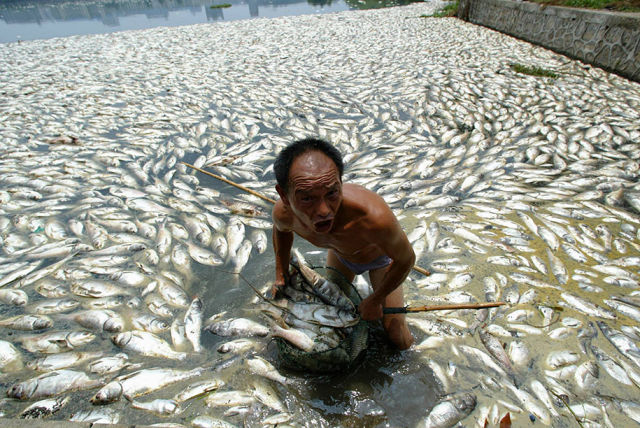 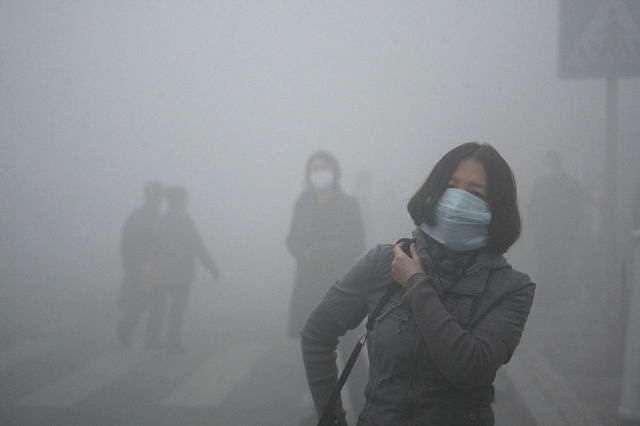 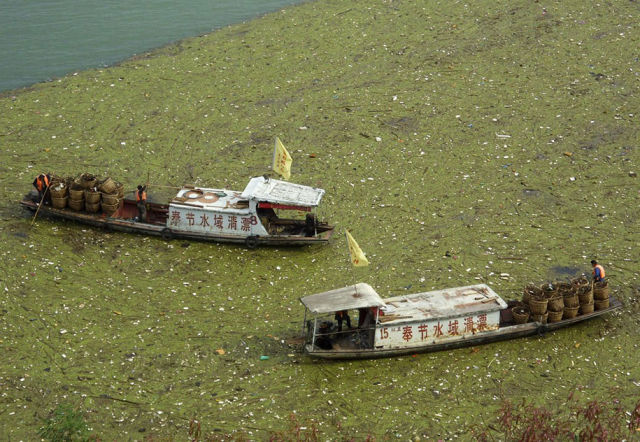 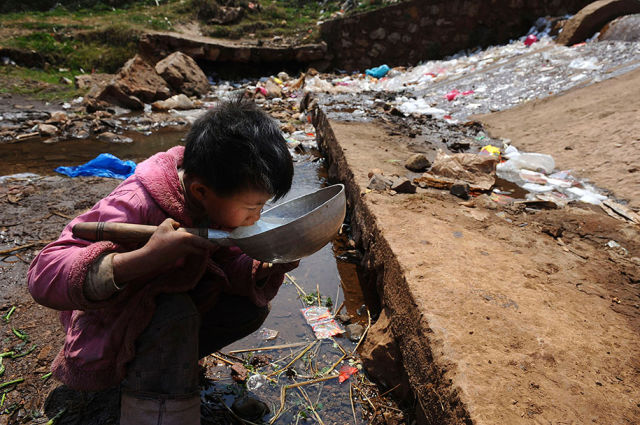 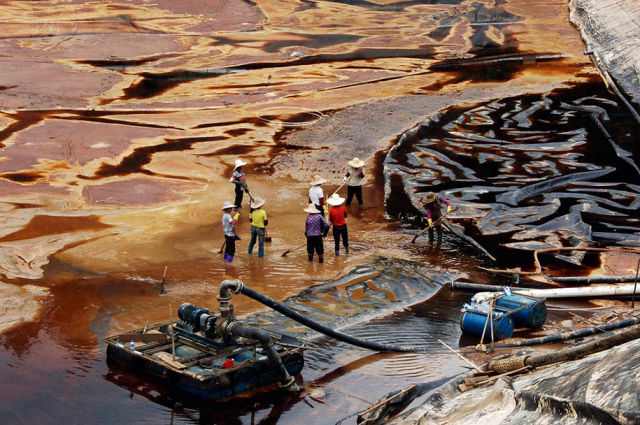 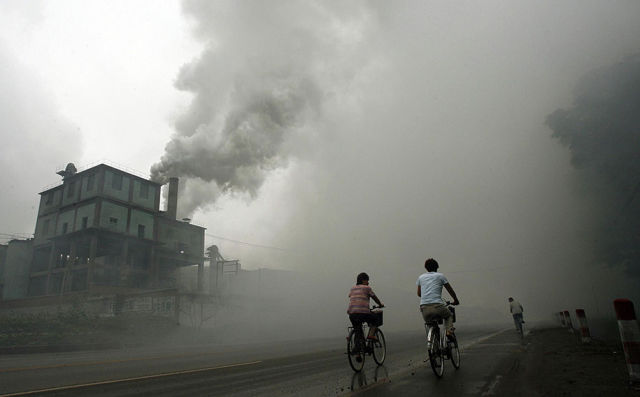 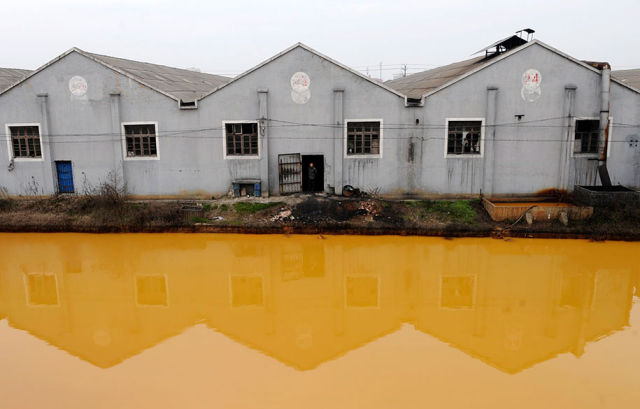 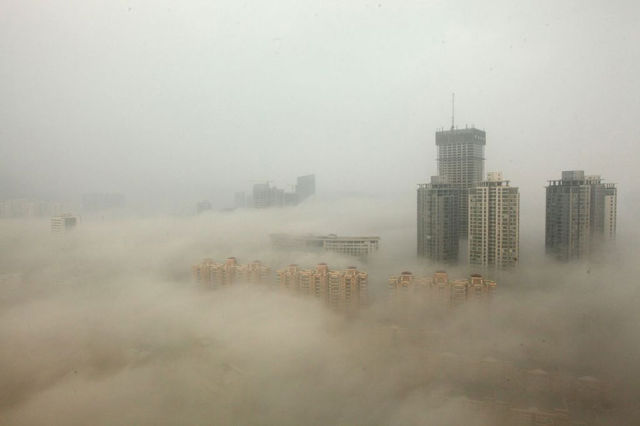 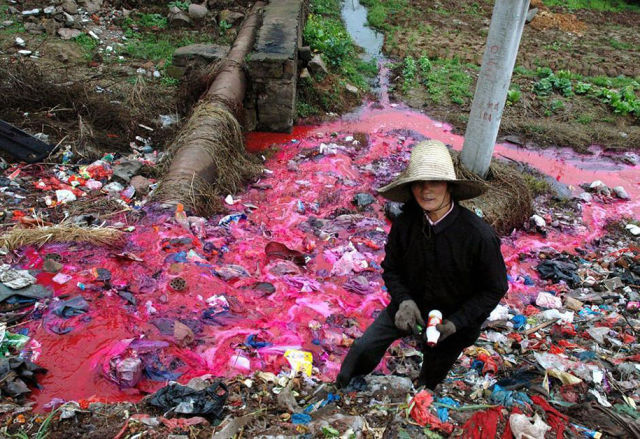 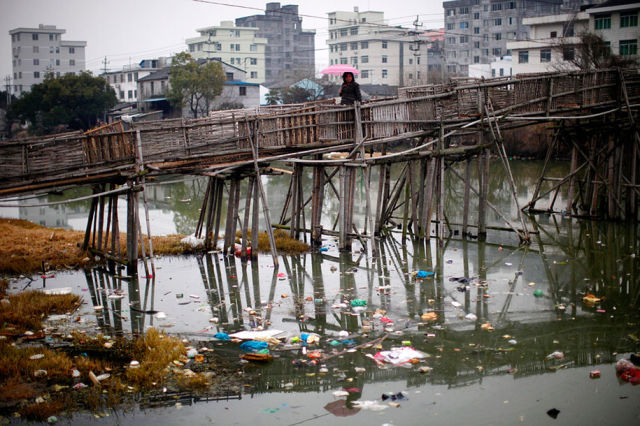 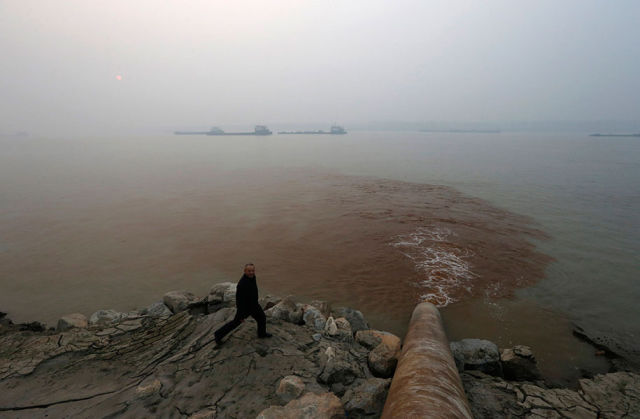 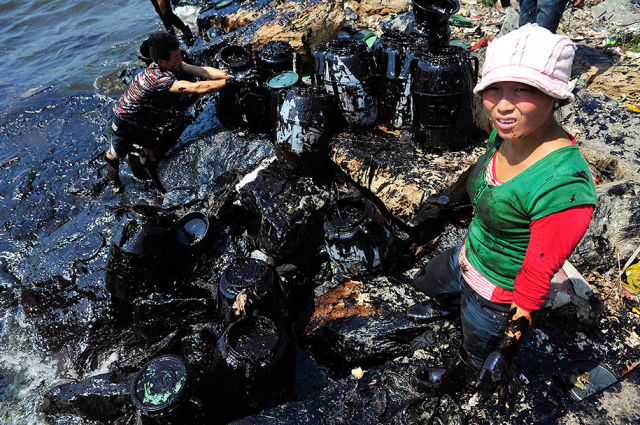 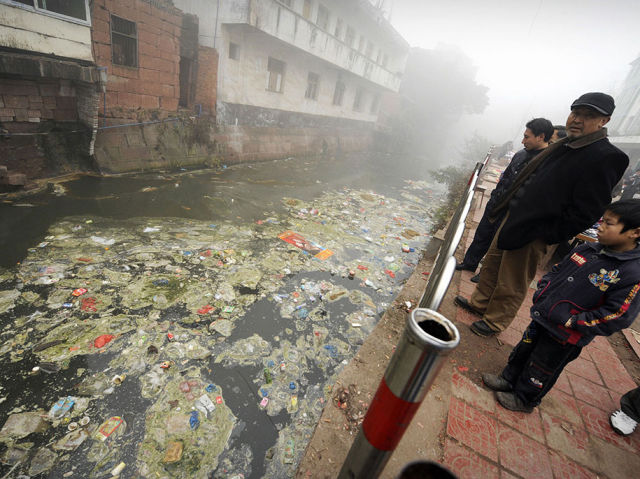 gigantes 5 year s ago
this is what it looks like when you're led by ambitious and ruthless conservatives who like to make their own rules and don't give a crap about workers or the environment.
Reply
0

LOLMASTER5000 5 year s ago
The price of dishonorable capitalism.
Reply
-2

Tetlis 5 year s ago
Murica, first polluter in world, facepalming about pollution in China ... It's like the story about a trud saying to a fart "Hey dude, you stink !"
Reply
-4

gigantes 5 year s ago
the difference is that china started with a relatively clean slate, then environmentally destroyed themselves in the space of a couple decades in order to be a world power. at least in the USA there is a long-running, strong mentality to honor and protect the environment.
Reply
0

AMemoriam 5 year s ago
Doesnt matter what your mentality is. If you end up doing the opposite anyway, how much does it mean?
''Yeah, we really want this environment to be clean, let's just pump some more garbage in the ocean because we really feel like protecting the environment''. Makes people look more like liars over anything else. But I guess it makes sense, the country with the biggest debt can't be honest to themselves.
Reply
0

gigantes 5 year s ago
you are conflating so much shit that it's virtually pointless to reply.

the movements and mentality that have led to a range of standards that protect the USA from the downward environmental spiral that is china are pretty much wholly separate from the usual politics and corporate negligence. you can find those latter two everywhere, you know.

in your mind it sounds like you think green movements are somehow in league with neocons, think tanks and corporations to mix their various POV's in to a bogeyman bad guy you can safely bitch about while remaining planted on your couch, pointing fingers and doing nothing yourself. right, duderino?
Reply
-1

Tetlis 5 year s ago
Yeah, you're right, that's why Murica is the first to sign all the agreements for the environmental protection. Just like Kyoto protocol.

gigantes 5 year s ago
hey, here's a major news flash for you, gomer-- few if any nations do something in lock-step from the leader on down to the grass roots.

IIRC bush jr was in office when it came time to sign kyoto. see the link there? the green movt in the USA has nothing to do with a guy like that. do you understand what the word "separate" means...?
Reply
0

Tetlis 5 year s ago
Here is how it theoricaly works :

So, in the first step, if you vote for a moron who doesn't give a fuck about environmental issues, or give more interest in lobby gifts, you're fucked up. And sadly, it's not your unimportant green movement who will change the situation.

And the problem here is the position of moralizer against chinees pollution when, US is the first pollutant in the world. Even if you are a member of the green movement, american isn't in position to do this kind of comments, even if you do not agree with the pollitics. Or at least, keep a bit of your critical eye for you own country.
Reply
0

gigantes 5 year s ago
you misunderstand me, Tetlis.

i'm not american, but i understand this stuff pretty well. i never called myself part of the "green movt." i have many, many issues with the USA and i often comment here about those. i am angry with the USA in many ways but i am also angry with the chinese govt.

china is one of the most (or the most) ancient and culturally beautiful civilisations in the world. i have had lots of chinese / taiwanese friends in my life and because of that i have a strong liking for all things chinese.

at the same time, i have big problems with mao, who basically began the program of trading away the future for the present in order to catch up to the west. modern chinese leadership tried to improve from his ridiculous ideas, but fell in to some of the same traps.

i hate, hate, hate reading about the poor people laboring in factory towns whose children have no future because of heavy metals and general pollution causing them to get sick so early in life. i hate reading about people trying to breath the air in beijing and getting early lung cancer. it is dreadful, and i full sorry and also guilty, since the west directly exploits chinese factory production.

civilisation itself is the 'first polluter' in modern human history, and china is likely one of the first.... thousands of years ago before modern europe and the USA came along.

the higher the standard of ore smelting, gunpowder manufacture, etc, the more unsustainable you are operating in the field of natural law. you produce more waste that doesn't break down, you spoil the land and need to move, etc etc.

USA is guilty of many things, but you cannot say that USA is the first polluter.

also, muir and roosevelt were doing amazing things for the USA environment around 1900 or so. that's why USA has the national forest system, and part of why the EPA was created later.

politics will always be politics, that's the way of life, but the EPA makes it much harder for big business in the USA to spoil the environment like china.

it's not a competition to me. i would never say USA is better than china or vice-versa. it's just a shame for many reasons, but also because when china falls, then we all fall.