These photos capture what is really going on with New England’s weather right now.

In case you didn’t know, there is whole lot of snow in New England right now. We’re talking historic-level shit. The snowiest place in America. 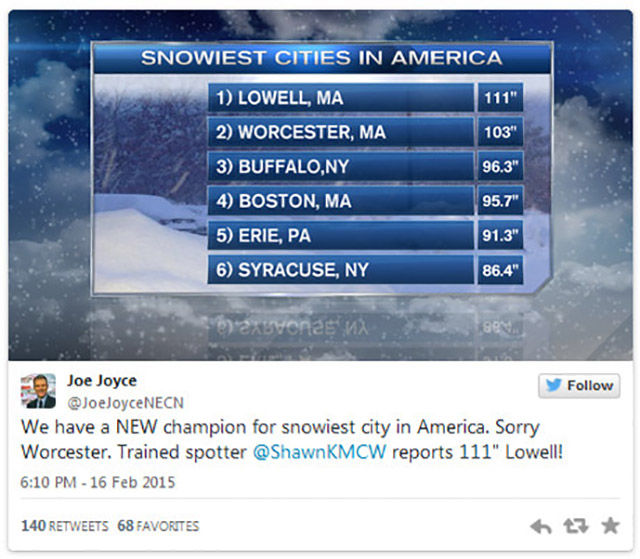 If hell were a frozen place, it would look like New England and all the Dunkin’ Donuts would be closed. 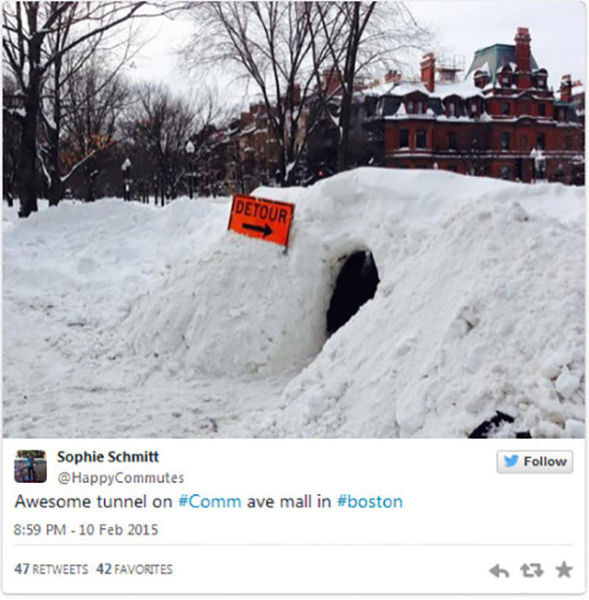 The snow drifts are so high that people cannot see out of their windows. 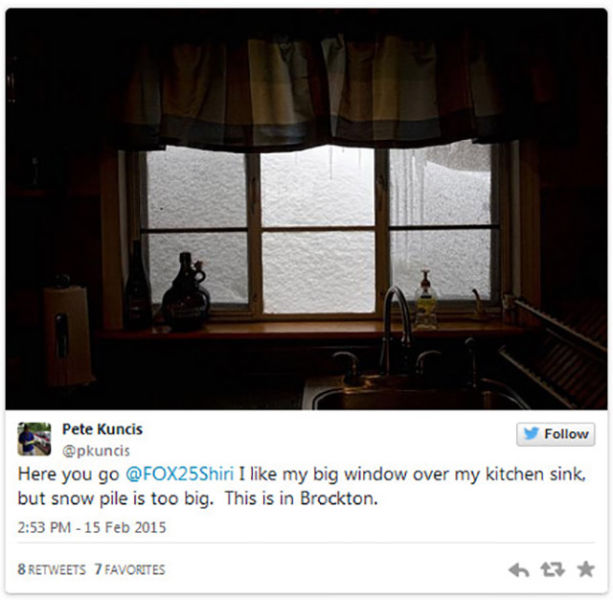 “What a lovely snowbank view you have here!” has become a common New England saying. Look at this person’s door! LOOK AT IT! 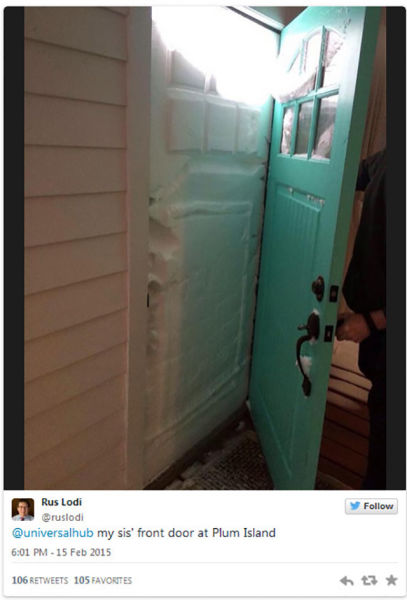 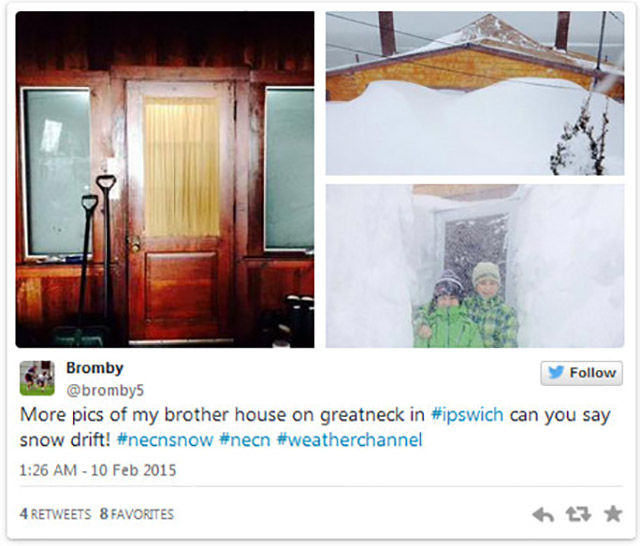 People are skiiing down the streets. 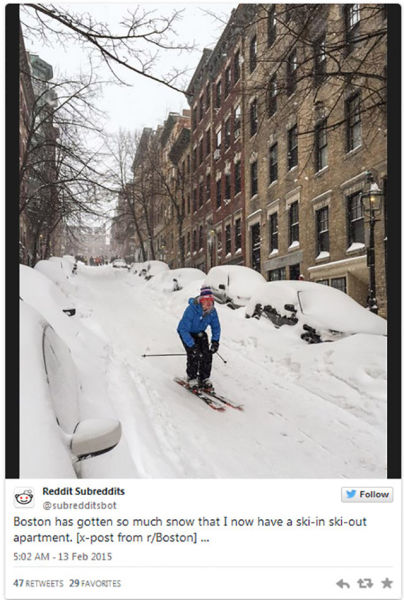 This guy is tunneling out of his window. 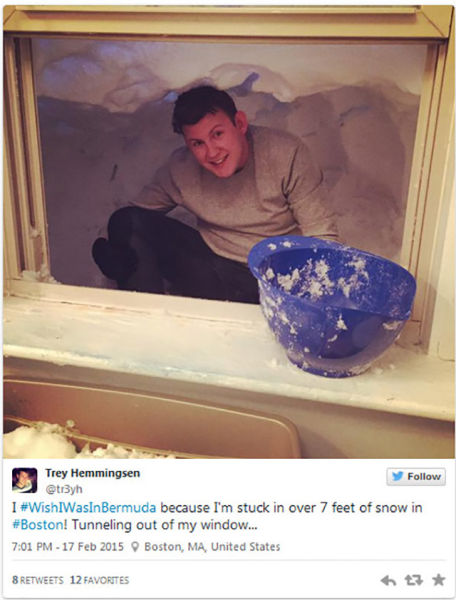 Kids are sledding off roofs. 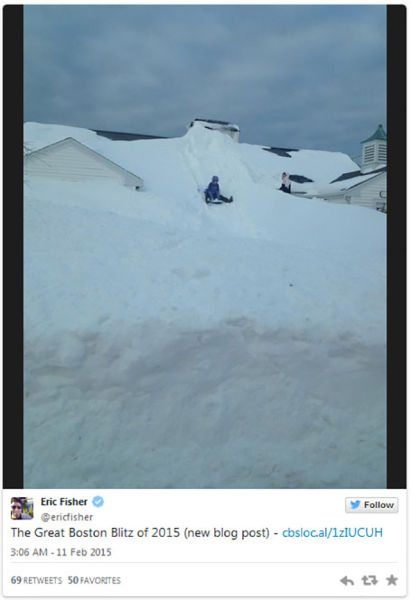 And there’s even some crazy guy golfing in the middle of the street like he’s Will Smith in I Am Legend. There’s a new mountain range near MIT that they’re calling “the Alps of MIT.” 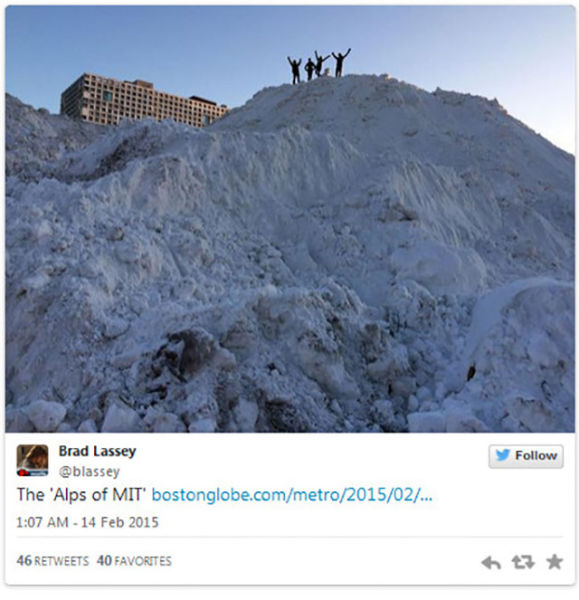 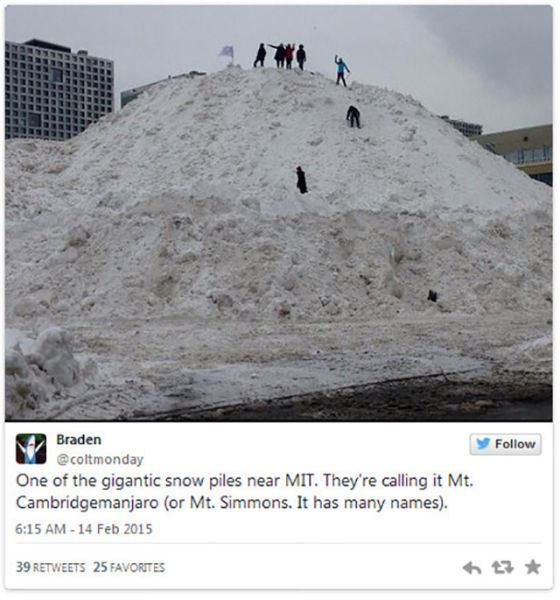 People have to dig tunnels out of their homes. 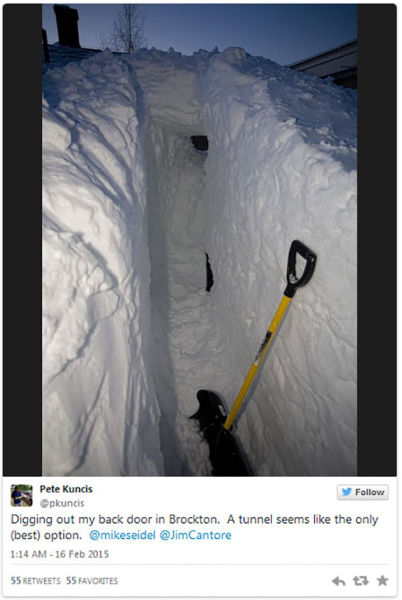 Sidewalk tunnels have become a way of life. 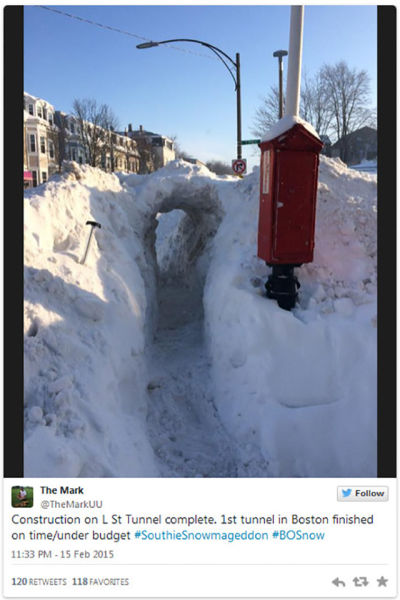 This is how the Chicopee Police Department had to get into work. 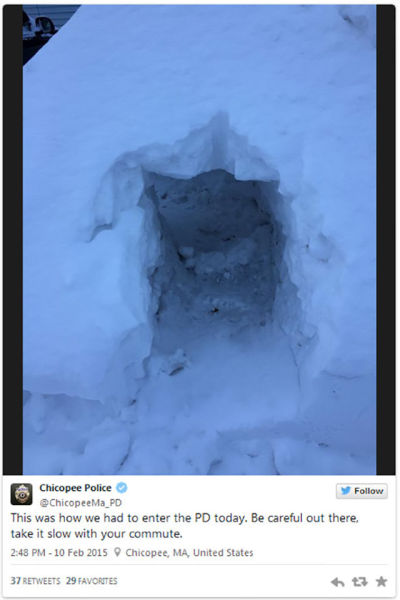 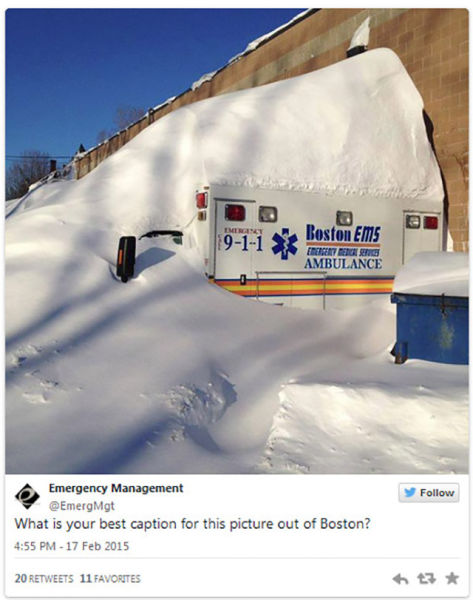 Any car on the street is basically screwed. RIP. Be thankful you’re not in New England right now. 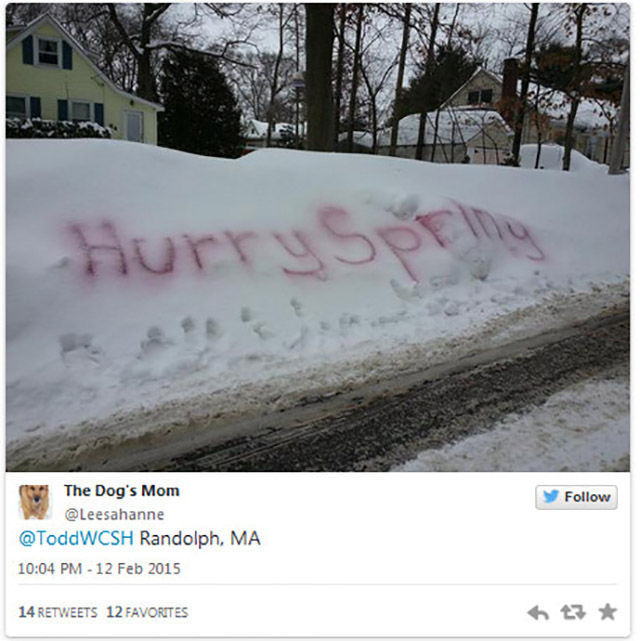 Give it up already, Mama Nature. 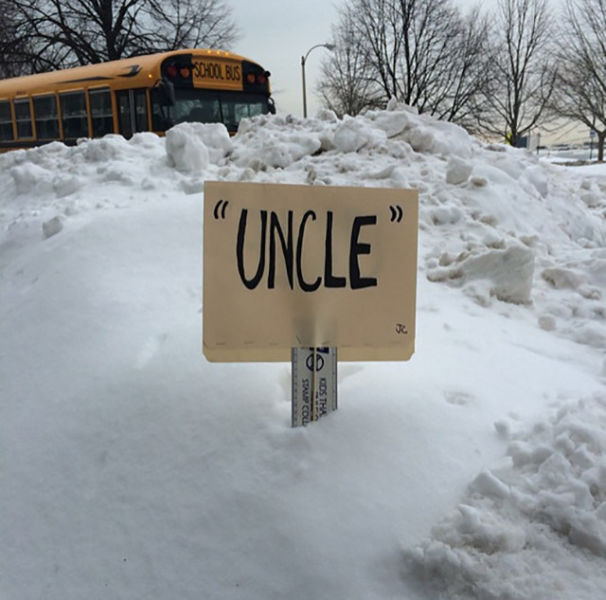 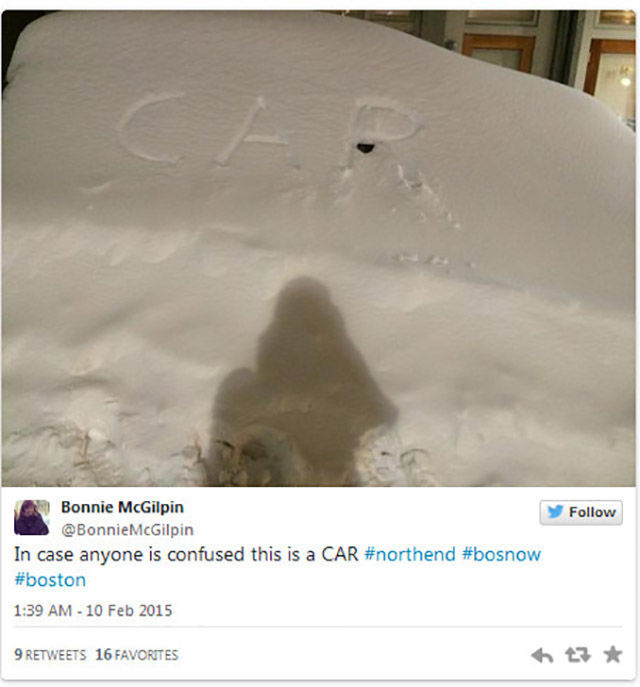 rikki_doxx 5 year s ago
That stuff will be until next year ... just wait until it starts to warm up and flooding starts .... double whammy.
Reply
0

babaroga73 5 year s ago
People be pilling snow on cars and doors , just for likes on facebook ...
Reply