This 30 year old makes $40 million a year! Hamilton, a British Formula One race car driver, has been very successful in a number of racing circuits including the Formula Three Series, the 2001 British Formula Renault Winter Series and the Renault UK with Manor Motorsport. Lewis has a net worth of just over $200 million. 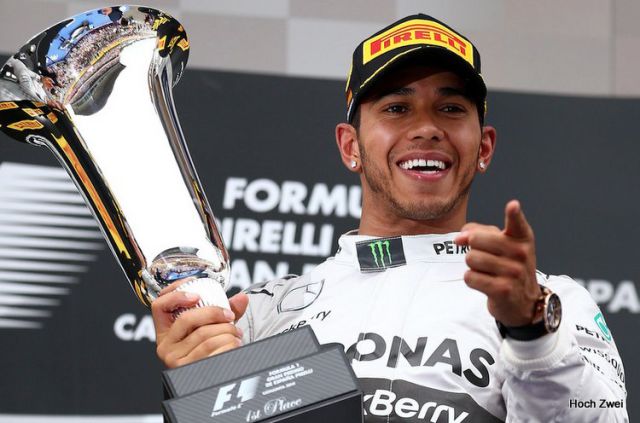 This retired American boxer is also a successful businessman. He lives in 40 acre estate in Texas with his fifth wife Mary Joan and kids. After retirement Foreman became the  spokesperson of Russell Hobbs Inc., a manufacturer of home appliances. Earning $137 million in 1999, for the company’s right to use his name, “George Foreman grill.” Foreman is reported to have earned $200 million endorsing the company and has an estimated net worth of $250 million. 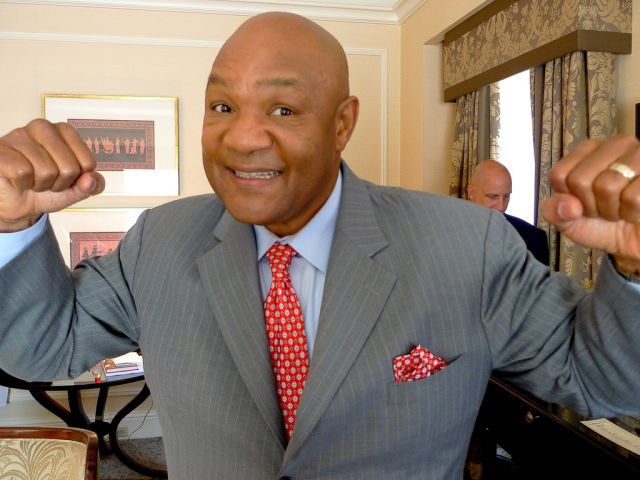 This Portuguese professional soccer player and sex symbol earns a base salary of $40 million every year. He makes additional $30 million through endorsements. He was the first Portuguese player to sign with MU. His 2014 total earnings alone reached $80 million. 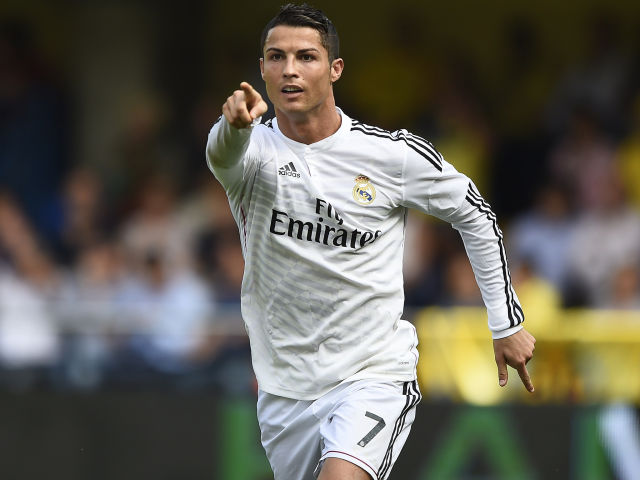 This American basketball superstar currently plays for the LA Lakers. Bryant earns an estimated $30.5 million annually and $31 million from endorsements. His net worth is just over $260 million thanks to his successful career and sponsorships. 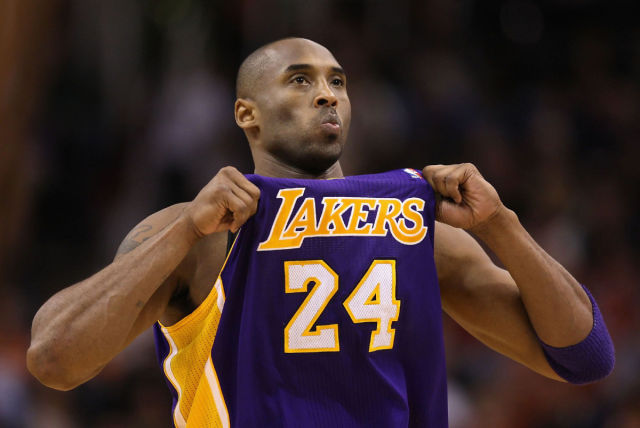 Lebron James, formerly a defender for the Miami Heat recently decided to head back to Ohio. Many were shocked by his decision especially since Lebron made an estimated $72 million last year with the team. James has a total net worth of $270 million. 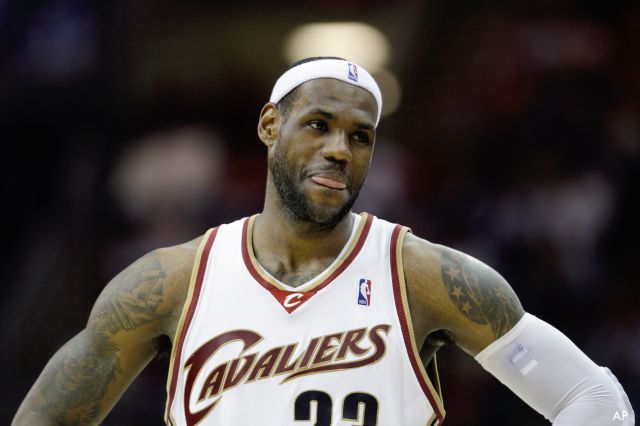 He’s won six different boxing championships in five different weight classes. He is the richest boxer of all time. In 2013-14 alone Floyd became the highest paid athletes earning $105 million and currently his net worth sits at a cool $280 million. 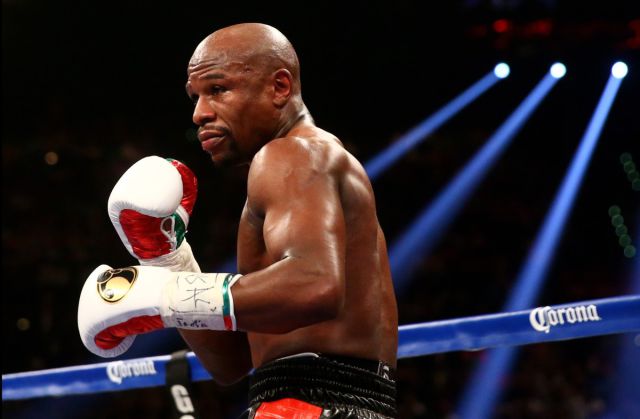 The third race driver to make the list is the son of the great Dale Earnhardt. Like his friend Jeff Gordon, Earnhardt Jr. is an American NASACAR driver. His annual salary is estimated to be $26 million of which $22 million is earned through endorsements. His total net worth as of January 2014 was $300 million. 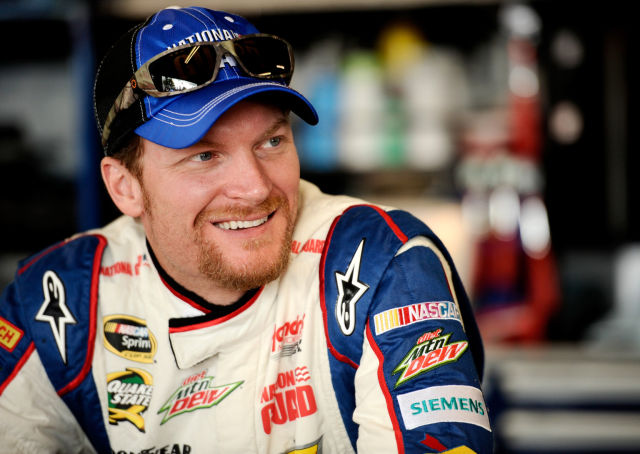 Greg Norman, a professional Australian golfer, came onto the scene in the early 80s. Norman’s won over 20 PGA tours in his career and was inducted into the World Golf Hall of Fame in 2001. Currently his net worth is estimated to be $300 million. 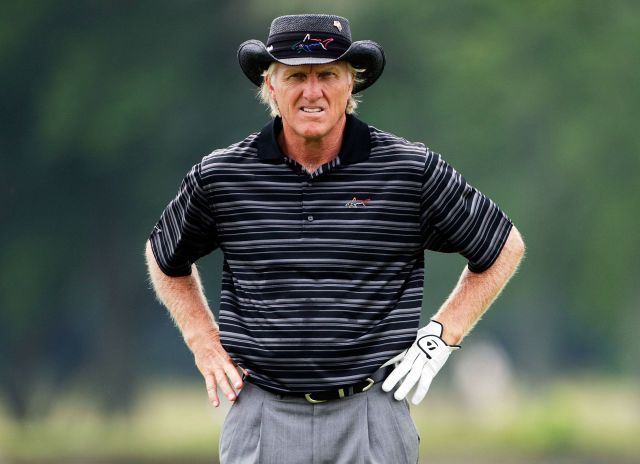 A-Rod, as he is known, is an American professional baseball player who currently plays third base for the NY Yankees. Alex is one of the highest paid baseball players and richest athletes of all time. He made an estimated $33 million last year. His net worth is just over $300 million. 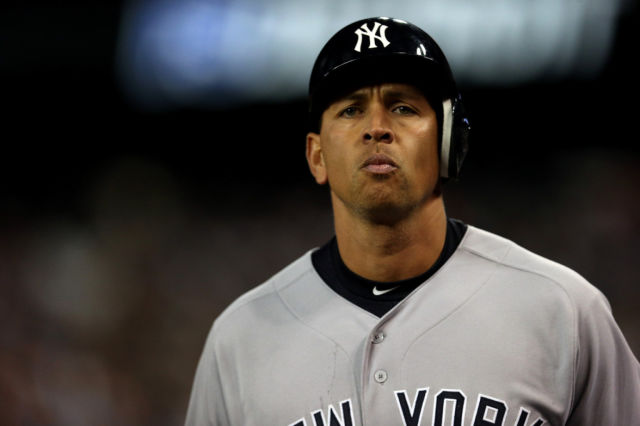 The first professional tennis player to appear on the list is Federer. As of August 2013, he has won Wimbledon seven times, the Australian Open four times, the French Open once and the US Open five times. In 2013, he earned $71.5 million, of which $65 million came from endorsements. Currently, Roger is estimated to be worth $305 million. 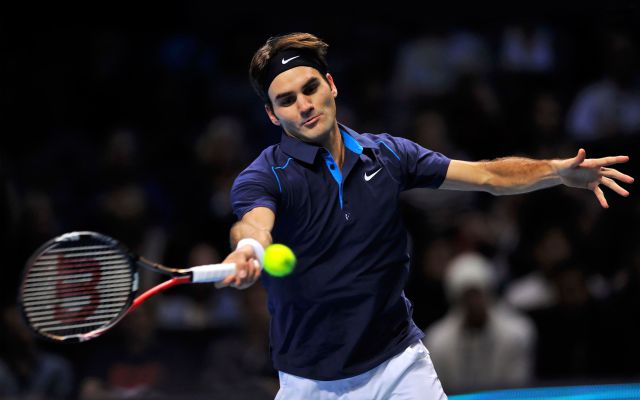 Shaq is a retired professional basketball player. Over the course of his career, he played for Orlando, LA, Boston, Phoenix, Cleveland and Miami. At the height of his career he was making just over $27 million per year while playing for the Miami Heat. O’neal earned a total of $292,198,327 in career salary alone. Shaq retired in 2011 and has an estimated net worth of $350 million. 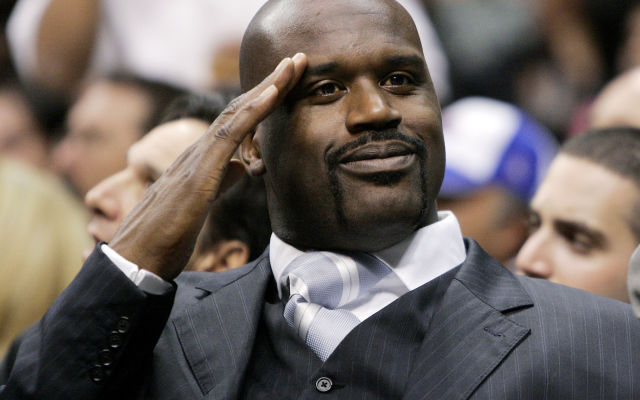 Beckham is a retired English soccer player. He made is debut at age 17 playing for Manchester United and carried on with the team for nine seasons. In 2008, Beckham moved to the US to play for the LA Galaxy. He moved back to England shortly after and retired 5 years later. Beckham now has an estimated net worth of $350 million 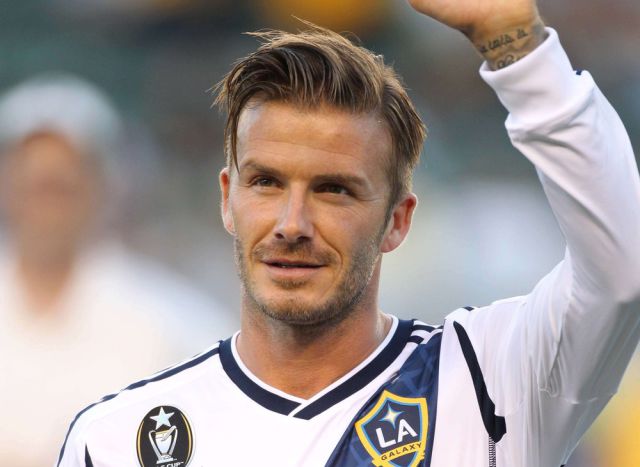 Eddie Jordan is an Irish former race car driver. Eddie’s career lasted for over 20 years. Today, Jordan is the founder and owner of the Jordan Grand Prix, a Formula One constructor which operated from 1991 to 2005. He is currently the lead analyst for Formula One coverage on the BBC. His estimated net worth is $475 million. 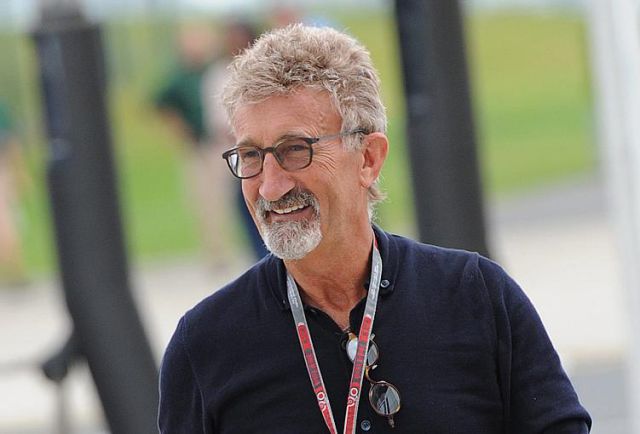 Earvin “Magic” Johnson Jr. was a professional basketball player. A local sportswriter nicknamed him “Magic” when at age 15 he scored a triple double with 36 points, 18 rebounds and 16 assists. Magic was the first pick in the 1979 draft for the LA Lakers and his professional career lasted 17 years. He is one of America’s most influential black businessmen. Johnson has numerous business interests, and was a part-owner of the Lakers for several years. Johnson also is part of a group of investors that purchased the Los Angeles Dodgers in 2012 and the Los Angeles Sparks in 2014. 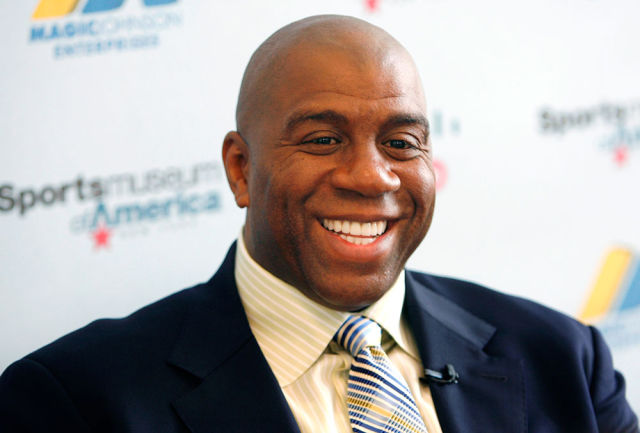 Woods, an American professional golfer, turned pro in 1996. Over the course of his career, Tiger has won numerous awards including 14 professional major tournaments, and 71 PGA Tour events. He has been ranked #1 for more consecutive weeks than any other player and has the lowest scoring average of all time. He has also been crowned PGA Player of the year 9 times, Sports Illustrated‘s Sportsman of the Year twice, and AP Male Athlete of the year 4 times, to name a few. Currently Woods makes $85 million per year and is worth $550 million. Even after he lost a few endorsement deals after his cheating scandal, Tiger is definitely still one of the world’s richest athletes. 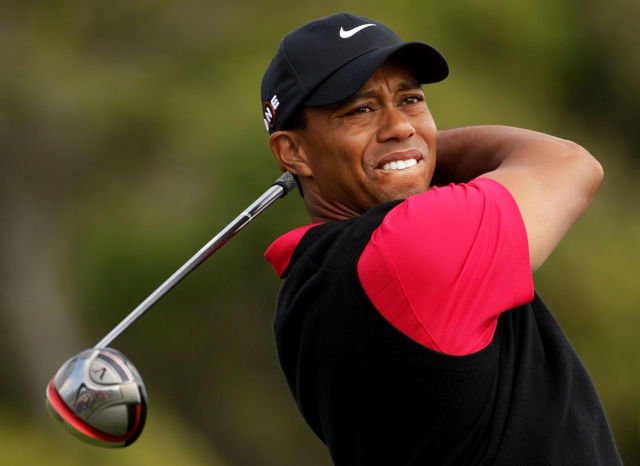 Staubach is a retired professional football player. Staubach was a quarterback for the Dallas Cowboys in the 70s and led the Texan team to its first Super Bowl victory. Staubach is known for turning his annual NFL salaries into a side real estate project. The Staubach Company was sold for over $640 million in 2008. His net worth is $600 million. 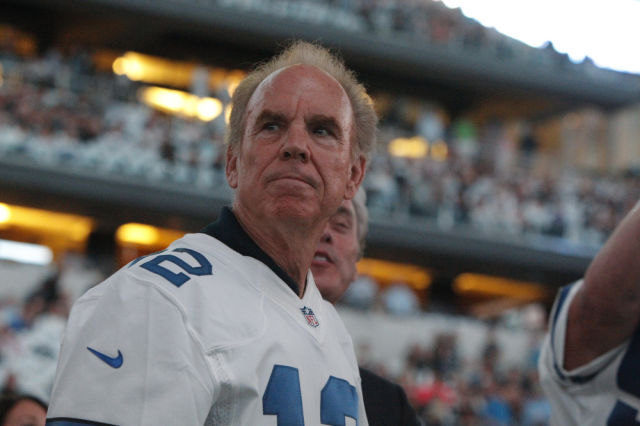 Arnold Palmer is a professional American golfer who turned pro in 1954. Today he’s considered to be one of the greatest golf players of all time. He won the PGA Tour 62 times and the Championship Tour ten times. He was inducted into the World Golf Hall of Fame in 1974. Today, Palmer is estimated to be worth $675 million. 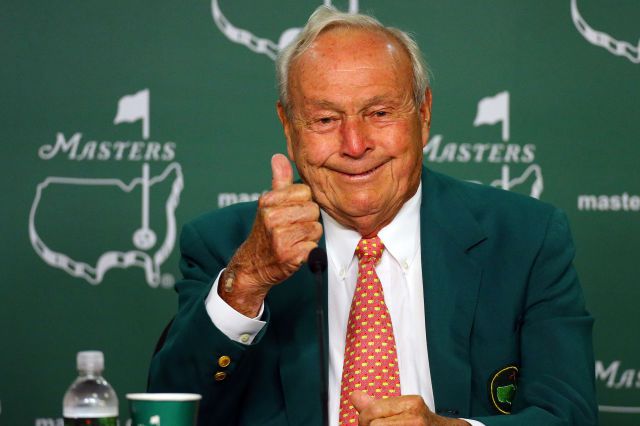 The boss of WWE Vince McMahon is an American professional wrestling promoter, former announcer, commentator, film producer, actor and occasional professional wrestler has net worth of 750 million USD. Until March 2014 he was a billionaire with a worth of 1.6 billion USD. But owing to poor results related to their premium channel subscribers and future revenue expectations the shares of World Wrestling Entertainment (WWE) tumbled 44%. Consequently, Mr. McMahon net worth drops from $1.6 billion to $750 million. 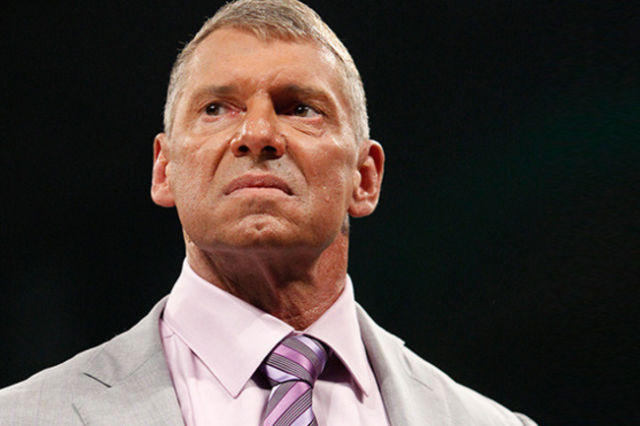 Schumacher is a German Formula One race car driver. Michael is considered to be one of the best Formula One race drivers of all time. He has has won the Formula One world driver’s championship seven times (1994, 1994, 2000, 2001, 2002, 2003 and 2004). Even in years when he is not racing, Schumacher can easily earn $50 million per year from various endorsements. He’s currently worth over $800 million. 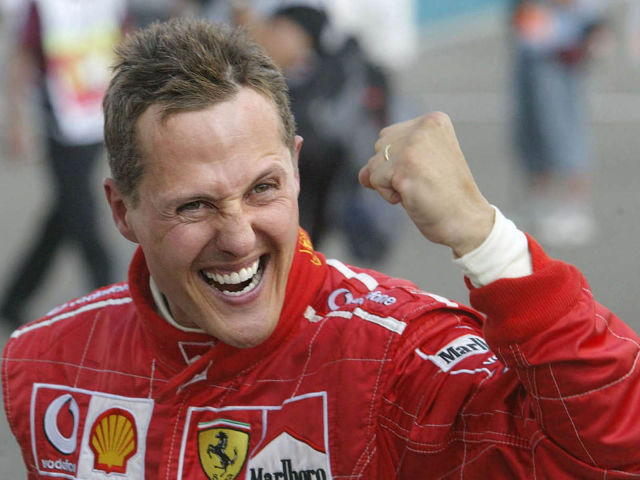 And the richest athletes award goes to….Michael Jordan! Jordan is considered one of the greatest basketball players of all time. He played for the Chicago Bulls for 14 seasons. During his career Jordan was the first athlete to earn over $30 million per year. Even though he’s been retired for over 10 years Michael currently earns approximately $80-$100 from endorsement deals and other business ventures. By increasing his stake in the Charlotte Hornets from 80 percent to 89.5 percent, Jordan’s net worth increased from $750 million to $1 billion. 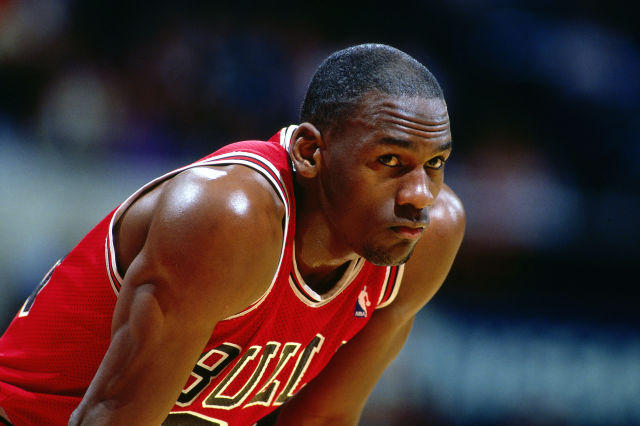 laughinggas 5 year s ago
800 Million mean nothing if you're in Michaels shoes! Hope to god he pulls through.
Reply
0