In the 21st century, these otherworldly ideas are no longer ludicrous concepts but actuality.

Invisibility - bending light through lenses to essentially make an invisibility coat for the wearer.
1 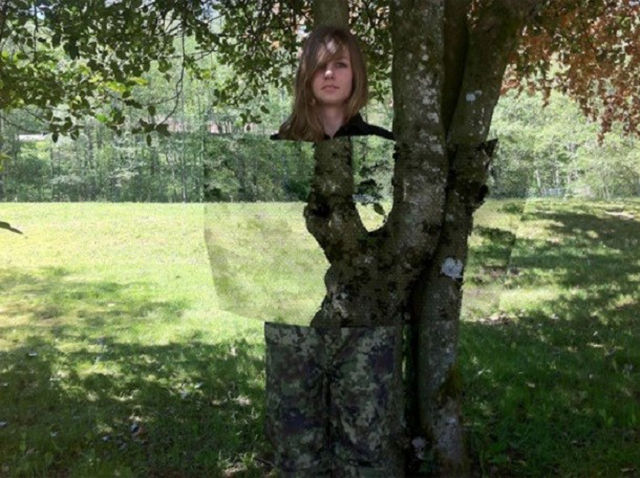 Moon travel - The first sci-fi movie was made in 1902 France and featured astronauts blasting off on a bullet-like ship to visit the moon and its inhabitants.
2 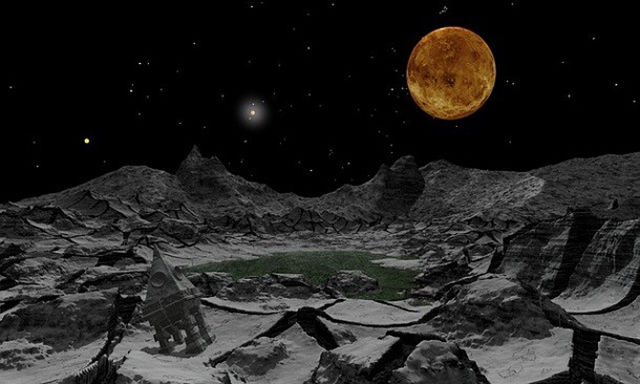 Self-cooker - TV dinners and lasagnas made in a minute and a half? Nothing unusual nowadays, magic a hundred years ago.
3 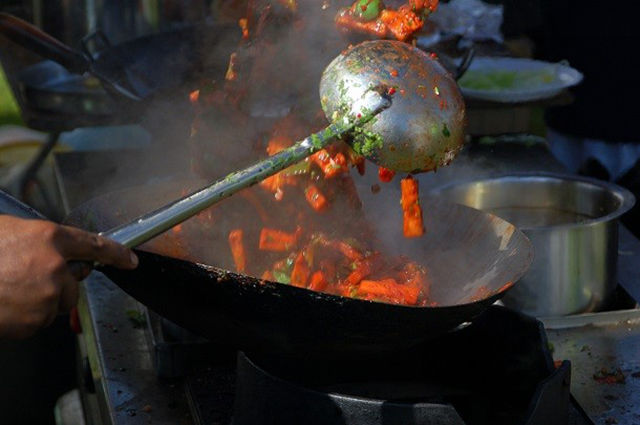 Flying cars - The Fifth Element’s flying car chase spurred an interest in many towards piloting their very own metal birds. And we’re nearly there, with product’s like Terrafugia’s TF-X, expected to top out at a speed of 200 mph (320 km/h).
4 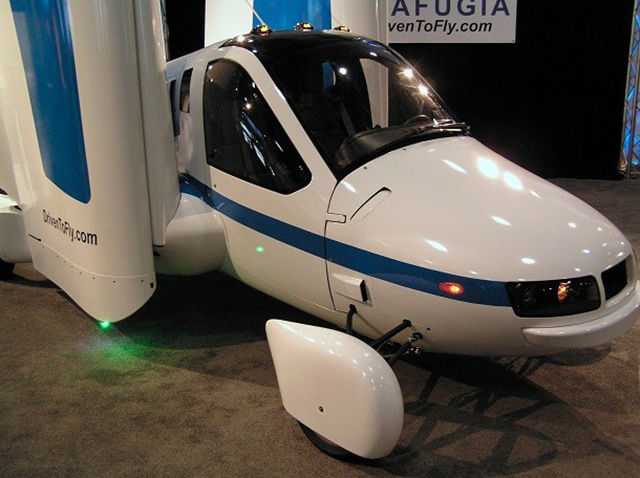 Shark repellent - In Batman’s 1966 movie, the hero used a can of shark repellent on his attacker. Scientists have created a device that uses magnetism to overwhelm some of the sharks’ sensors (think of a strobe light or an ultra-high pitched sound to us) and send them swimming off.
5 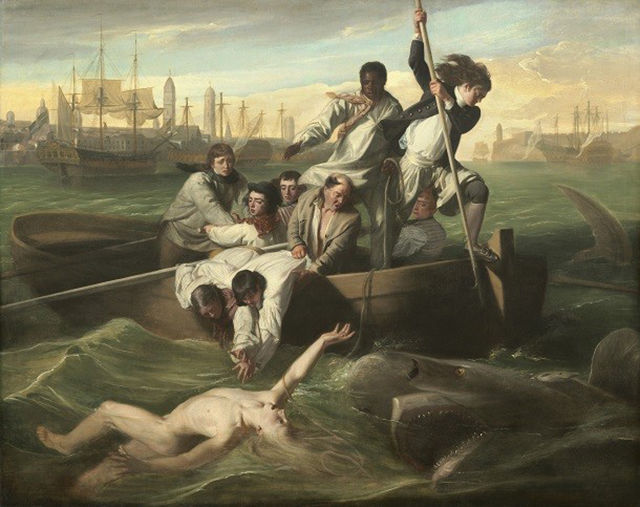 Communicator - It may have been wild in Star Trek’s early days, but now the idea of a communicator (or a mobile phone, as we call it) is real and way beyond what the sci-fi writers envisioned.
6 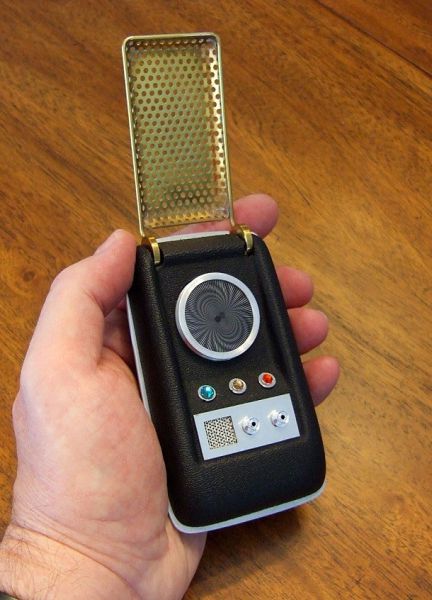 Dog thoughts-to-speech - Remember The Simpsons episode where they hooked up a bark-to-speech helmet to Santa’s Little Helper? A new-ish headset called No More Woof uses a dog’s brainwaves to tell you what your pet is thinking. It still can’t form sentences, but at least it can tell you about some of their thoughts such as curiosity or exhaustion.
7 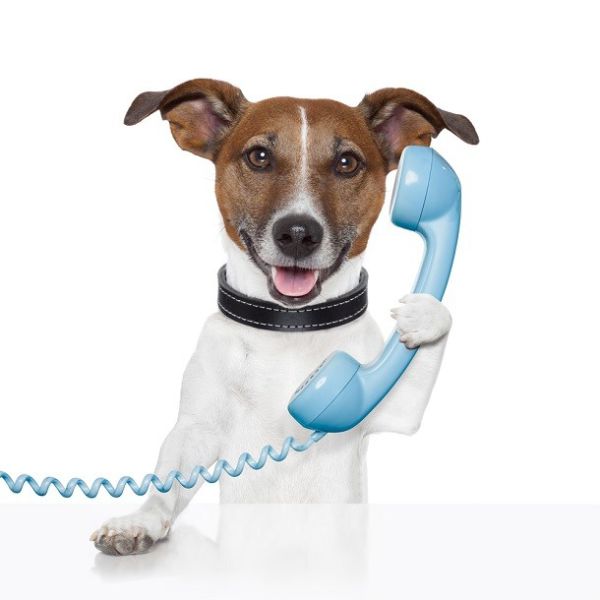 Video chat - In the golden age of Skype, Facetime, and other video messaging software, it’s hard to believe only 70 years ago, corded home phones were special to own and a complete novelty.
8 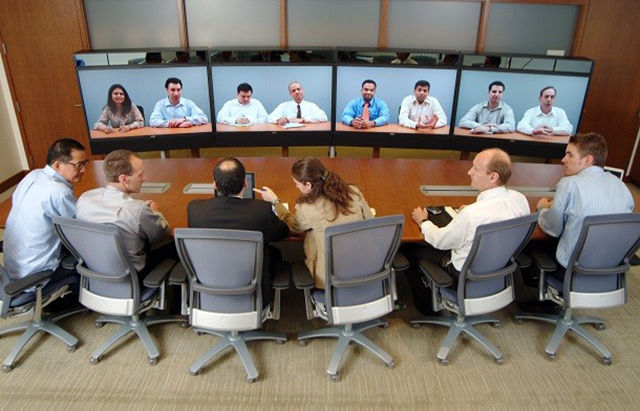 Submarine - It’s also hard to believe that so many sci-fi writers’ predictions have come true. French writer Jules Verne’s predictions were especially on point, like in 20,000 Leagues Under the Sea, written in 1869, where his characters used a submarine-like device to get around beneath the waves. Today’s subs don’t come with the luxury dining room and paintings his did, though.
9 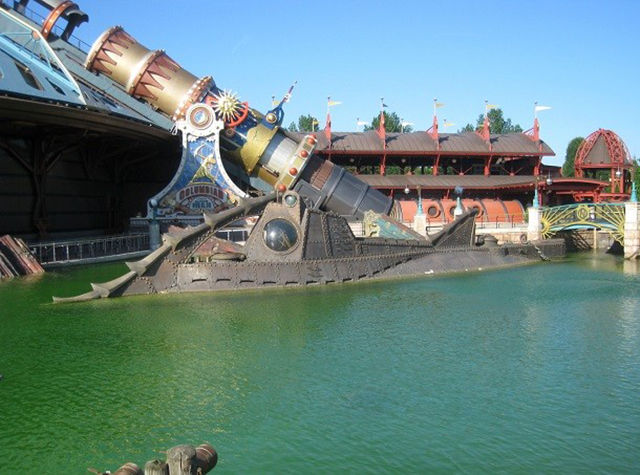 Mosquito drones - These miniature-sized flying robotic drones are terrifying to sci-fi enthusiasts for their ability to snap pictures, follow your movement, and even inject you with various diseases. But what’s even more frightening is that they may be more real than you think, a 1.2 inch (3 cm) model was unveiled at a robotics conference in 2007 with development only continuing since then.
10 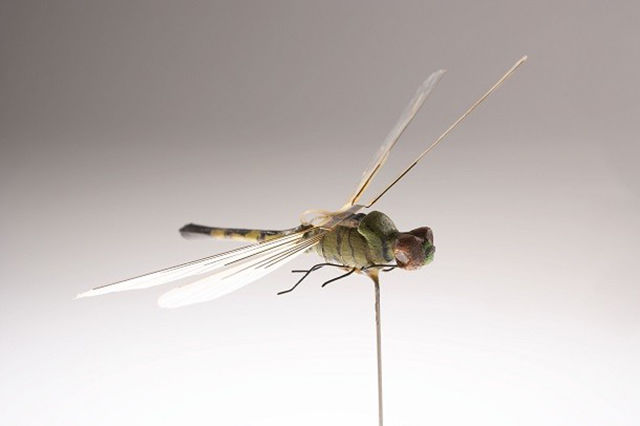 Light from water - If you don’t have the money to buy your own hydro-electric dam you’re in luck, now you can generate electricity at home with Wat Lamp.
11 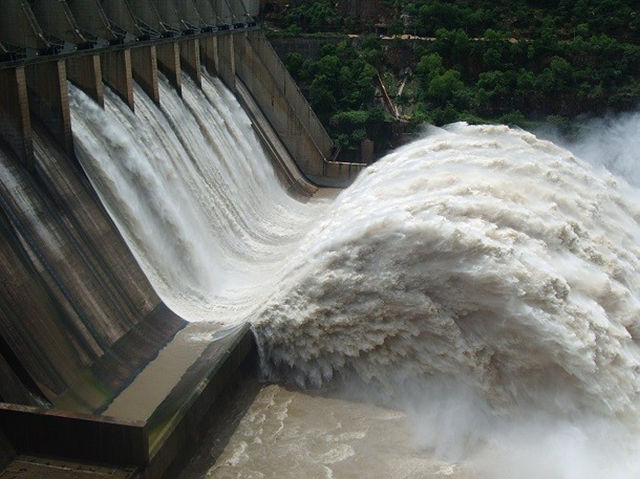 Holographic displays - We’re closer than ever to having things projected in front of our faces or on surfaces and being able to interact with them. We already have holographic displays on some car windshields and portable light keyboards.
12 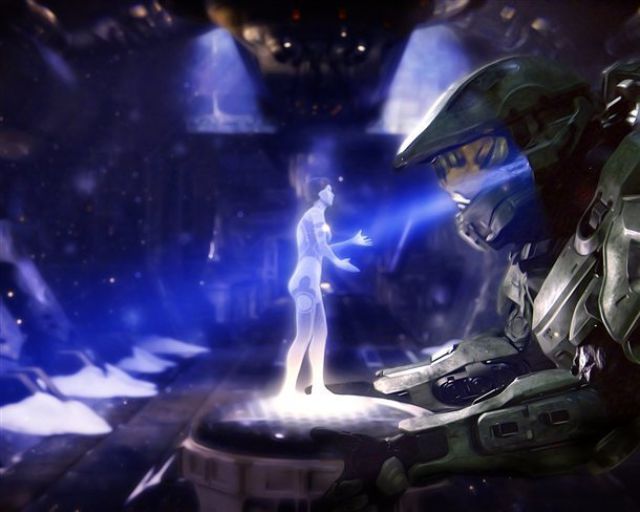 Replicator - Sci-fi calls them replicators: a machine that has the ability to duplicate physical objects. Reality calls them 3-D printers.
13 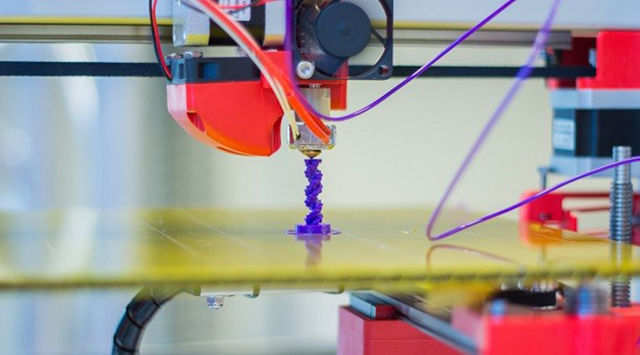 Supervirus - Superviruses wreck havoc by rapidly and massively infecting the human population. In news that’s as terrifying as it is relevant, Dutch virologist Ron Fouchier modified a strain of bird flu which went on to spread and kill over half of the ferrets used in testing.
14 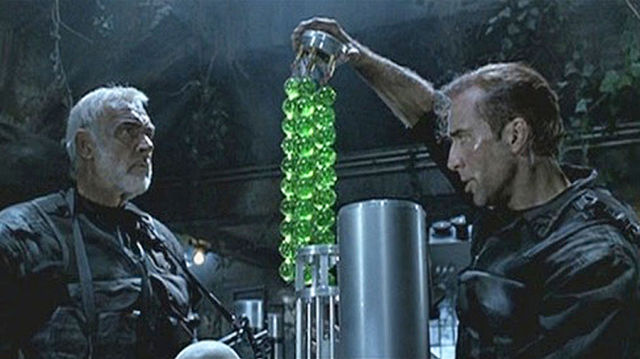 Smartwatches - A wristband television, communicator, printer, and more has been a sci-fi regular, especially since the early James Bond movies. With the top tech companies competing to see who can develop the best cell-phone watch filled with loads of extra gadgets and gizmos, this one technology has come true in a very big way.
15 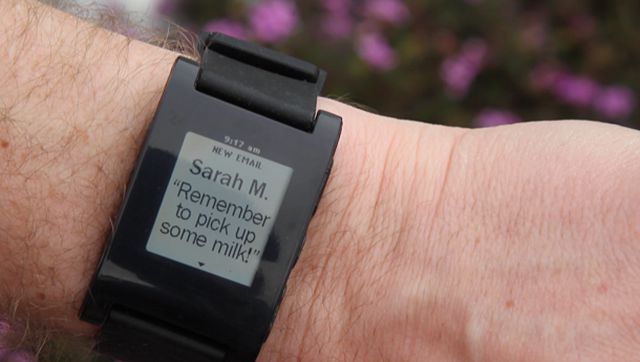 Self-cleaning doors - We think back to Gattaca’s self-cleaning (with fire) shower on this one. Since doorknobs are one of the dirtiest places in the house, today there exists a self-sterilizing door handle which uses UV light to kill off germs when not in use.
16 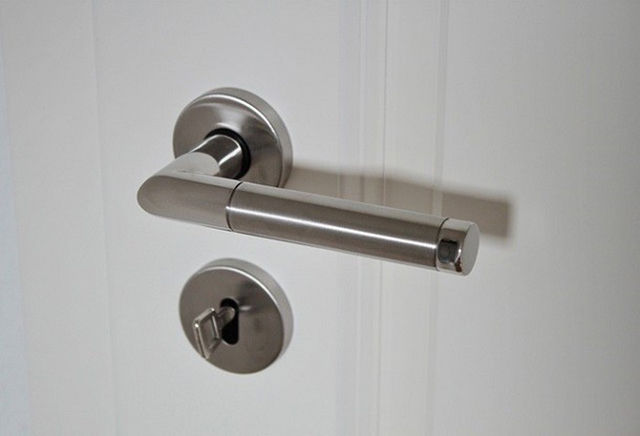 Moving walkways - The Jetsons seemed to travel almost entirely by my moving walkway, through the house and into the office. We’ve seen them for years in the form of travellators or flat escalators.
17 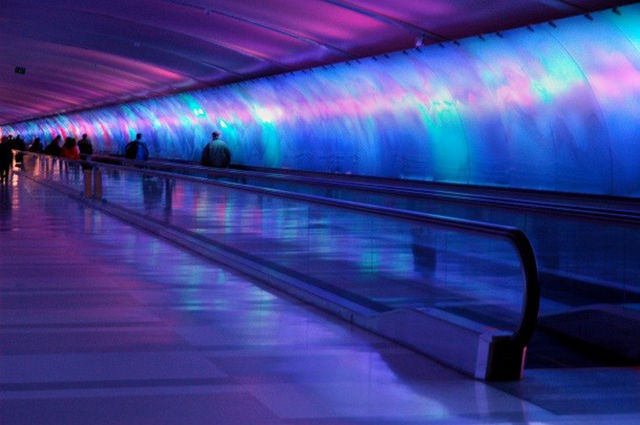 Facial recognition - Though we have a few products on the market (and maybe there’s one on your smartphone), none are that good compared to FaceFirst’s technology. The software, currently used by some U.S. police departments, can take a picture from any camera (yes, that includes traffic light cams) and compare it to a facial database.
18 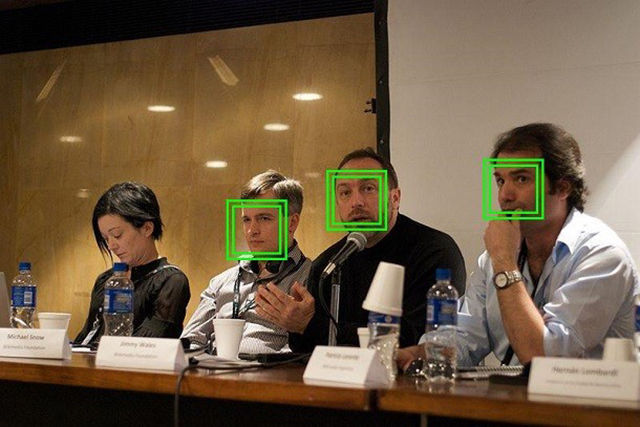 Sight to the blind - Remember Geordi La Forge’s VISOR on Star Trek? Geordi was blind and used it to see somewhat similarly to others. Today, retinal implants have been approved and are currently being implanted in patients.
19 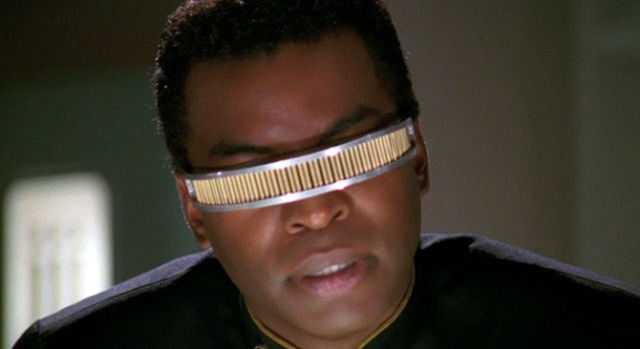 Memory erasers - Men in Black’s neuralyzer is one of the coolest sci-fi devices we’ve seen but its ability to use a flash of light to erase your recent memory is also pretty scary. New York scientists are testing a drug which can block an enzyme that the brain uses in memory retention.
20 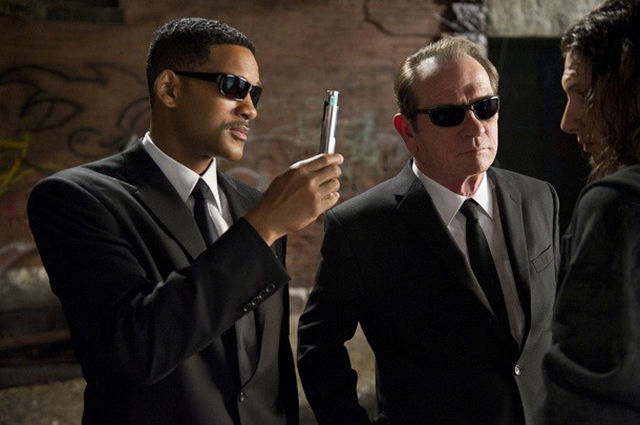 Self-contained scuba helmet - Scuba diving started out with enormous, clunky, and heavy suits which provided oxygen to the wearer via a tube to the surface. Nowadays, most of it is still pretty bulky, but Immersed Senses has changed the game. Their helmet features a display up front to show you via GPS where you are and it extracts oxygen from the sea water to give you a truly self-contained breathing apparatus.
21 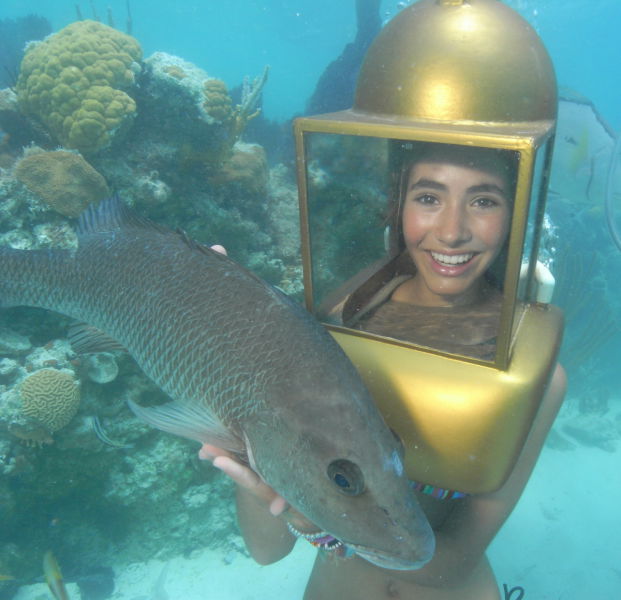 Self-tying shoes - One of the coolest and most practical inventions from the Back to the Future series were Marty McFly’s self-tying shoes. Fit with power laces, a pair of shoes by Nike can make you feel like him.
22 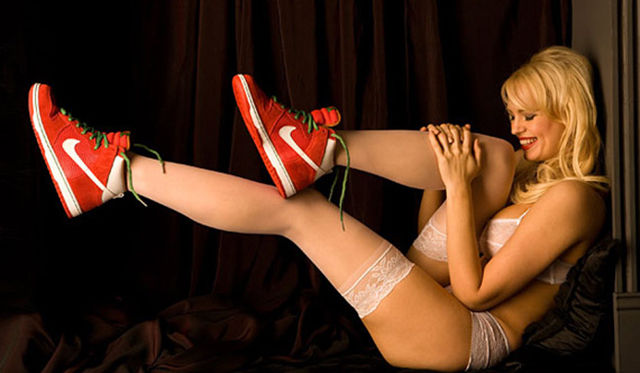 Hoverbike - Star Wars speeder bikes may have been the fastest way to escape from stormtroopers but it may soon be the fastest way to get around town. There’s now a hoverbike in the works said to be ready for the general market by 2017, according to its makers, Aerofex. Only $85,000.
23 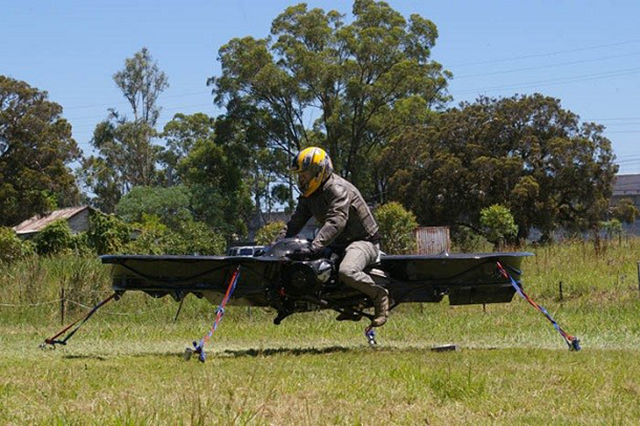 Cybernetic reading - With the worry over devices implanted in our brains, researchers in Singapore are developing something more palatable, a device to be implanted in your fingertip and ear. Moving your finger over the text will activate word recognition, translation, and more, especially useful for those reading braille or with poor vision.
24 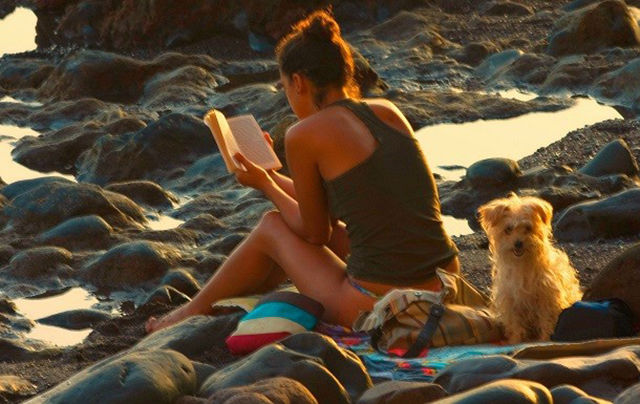 Killer Robots - From the Killbots in Futurama to the Cybermen in Doctor Who, killer robots always find their way into sci-fi at one point or another but reality is not far from catching up. The U.S. military has created a mini-tank robot that can be outfitted with machine guns, grenade launchers, and a bone-chilling camera. Word is it can also carry nonlethal items to break up riots.
25 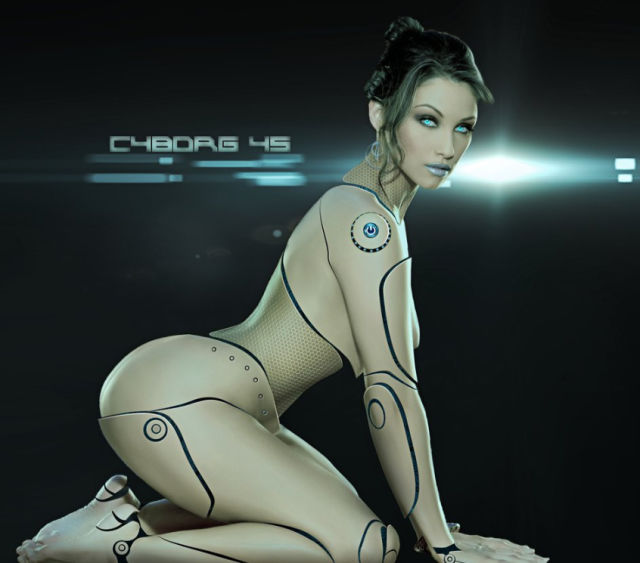 ArxFerrum 5 year s ago
#4 - Flying cars have been a dream for a long, long time but probably more of a nightmare should they ever become everyday reality.
Case in point? Imagine all those wonderful drivers you see each and every day in traffic... flying over your town and even your home.
Next up? People (and their cars) falling from the sky.