When in the year 120 of the Fourth Age, King Elessar realised his days were at an end, he went to the House of the Kings in the Silent Street. He said farewell to his son Eldarion and his daughters and gave Eldarion his crown and sceptre. Arwen remained at Aragorn’s side until he died. 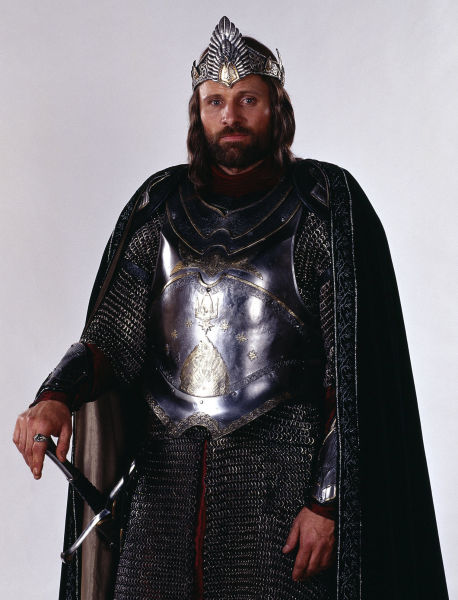 Died of a broken heart at Cerin Amroth in Lórien, and was buried there one year after the death of Aragorn, to whom she had been wedded for 122 years. She was 2901 years old. 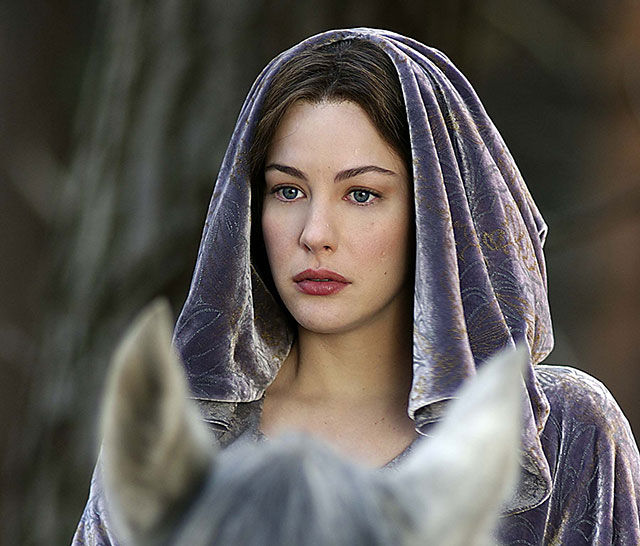 Four years after the ring was destroyed, Gandalf spent some time with the “moss gatherer” Tom Bombadil, then, after having spent over 2,000 years in Middle-earth, departed with Frodo, Galadriel, Celeborn, Bilbo, Elrond, (and presumably Shadowfax) across the sea to the Undying Lands, and was never seen again in Middle-earth. 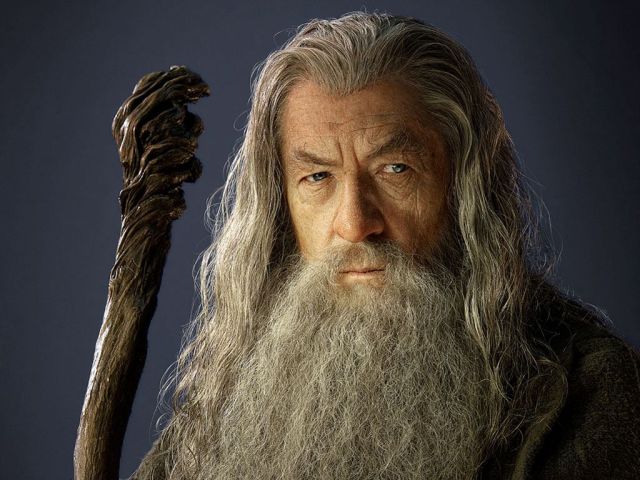 Frodo briefly served as Deputy Mayor of the Shire, but soon realized that he still bore the wounds of his quest, and so retired. He was also in continual pain from his shoulder wound, which pained him each anniversary of their stay on Weathertop. On 22 September SR 1421 (Fourth Age), at the age of 53, Frodo joined Bilbo, Gandalf, Elrond, Galadriel, and Círdan aboard an Elven ship. He was allowed passage across the sea to the Undying Lands, as he was a ring-bearer, with the hope of healing the damage to his spirit that bearing the Ring had caused. Sometime after the year 61 in the Fourth Age, fellow ring-bearer and best friend Samwise Gamgee, reunited with Frodo in the undying lands where it was presumed they lived out the remainder of their days. 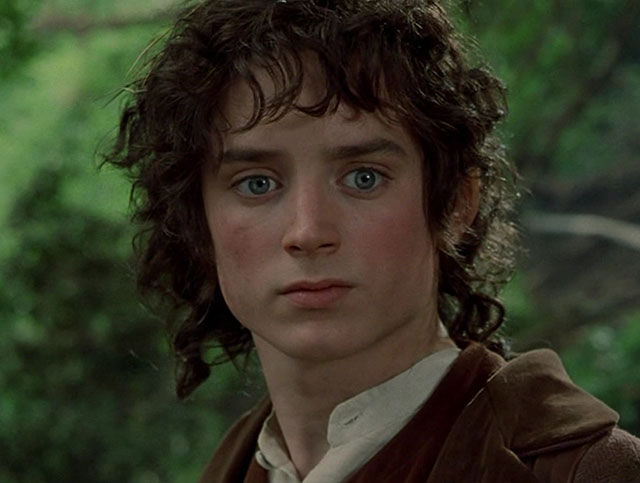 After his wife died in the year 61 of the Fourth Age (SR 1482), Sam entrusted the Red Book to his daughter, Elanor and left the Shire. Because he was also a Ring-bearer, he was allowed to pass over the Sea to be reunited with Frodo in the Undying Lands. 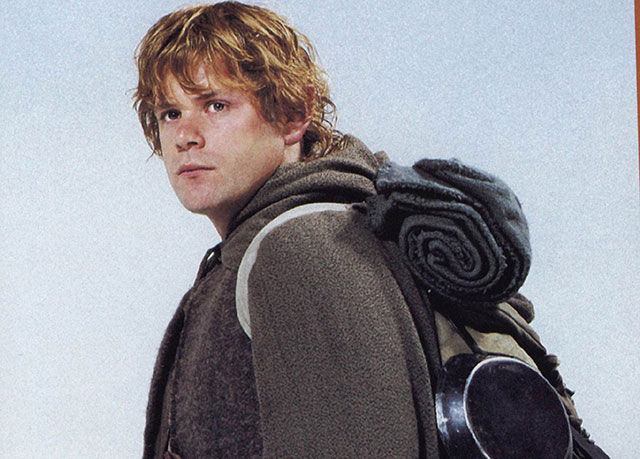 He married Estella Bolger some time after the end of the Third Age and later became the Master of Buckland. He wrote Old Words and Names in the Shire. At the age of 102, he returned to Rohan and Gondor with Pippin only to die there a few years later. He was laid to rest in Gondor, and when Elessar died, he and Pippin were entombed beside the great king. 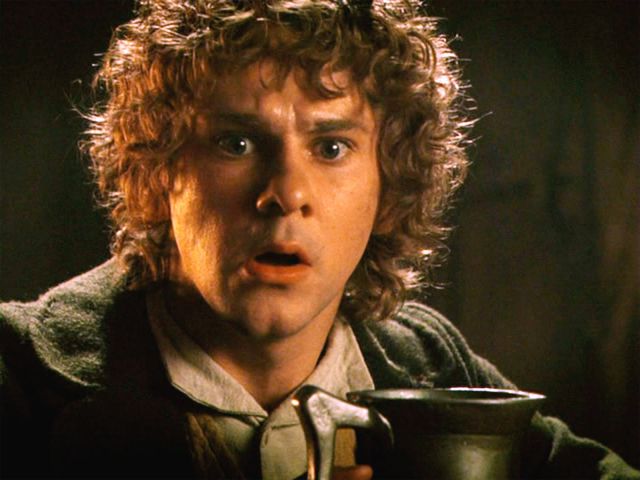 He later became the 32nd Thain of the Shire, a position he held for 50 years before retiring, when he revisited Rohan and Gondor with Merry. Peregrin remained in Gondor for the rest of his life. Pippin died a few years later and was laid to rest with Merry in Gondor. After the great King Elessar (Aragorn) died, Merry and Pippin were entombed next to the great king. 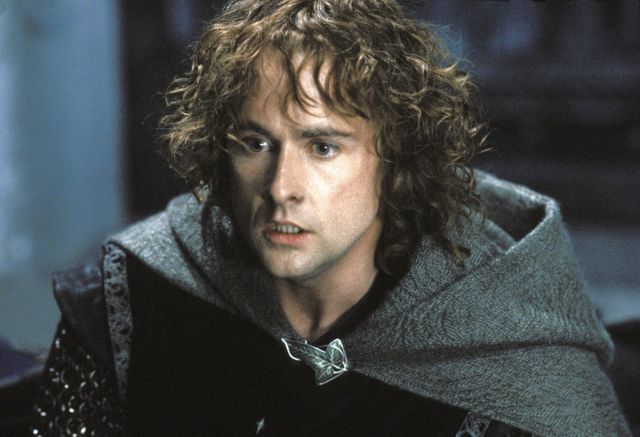 After the destruction of the One Ring and of Sauron, Legolas stayed for the coronation of Aragorn and his marriage to Arwen. Later, Legolas and Gimli went travelling together to Helm’s Deep, visiting the Glittering Caves, and then later traveled through Fangorn Forest as Legolas and Gimli had agreed. Eventually, Legolas came toIthilien with some of his people, with his father’s leave, to live out his remaining time in Middle-earth helping to restore the devastatedforests of that war-ravaged land. After the death of King Elessar, Legolas made a ship in Ithilien, and through Anduin, he left Middle-earth to go over the sea. His strong friendship with Gimli prompted him to invite Gimli to go to the Undying Lands; making him the first and only Dwarf to do so. 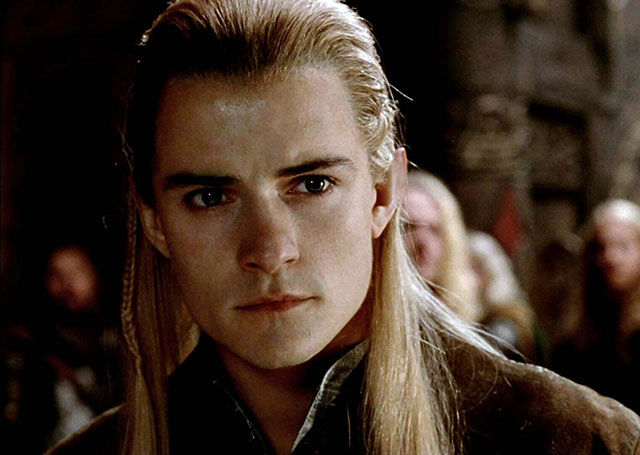 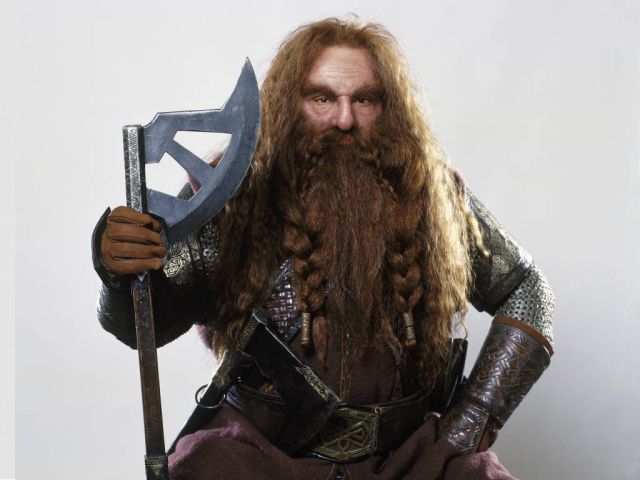 After the War of the Ring had ended, she decided to give up dreams of glory in battle and devote her life to peace and a happy marriage. She married Faramir and settled in Ithilien for the rest of her life where they had at least one son. 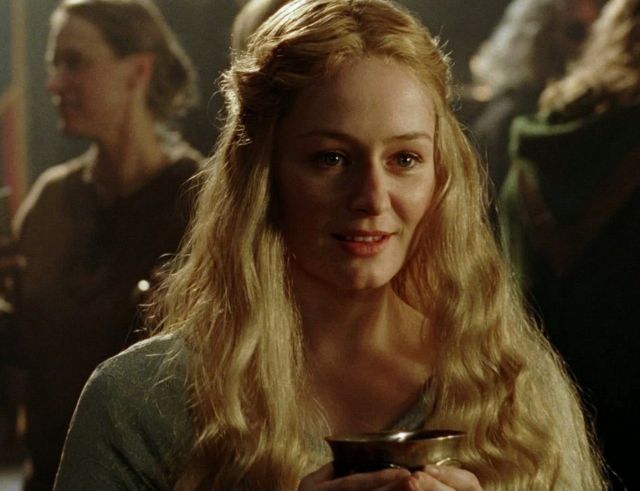 He was appointed by King Elessar as the Prince of Ithilien and Beregond to be the Captain of his guard, the White Company. Later on he settled in Emyn Arnen with his wife Éowyn, where they had at least one son (named Elboron), who succeeded him as Steward of Gondor, Prince of Ithilien, and Lord of Emyn Arnen, after Faramir’s death. 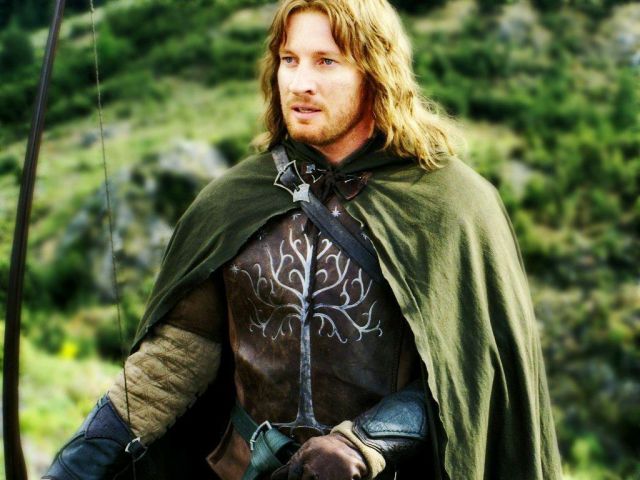 He became known as Éomer Éadig, or “the Blessed”, because during his reign Rohan recovered from the hurts of the War and became a rich and fruitful land again. Éomer had met Lothíriel, daughter of Prince Imrahil of Dol Amroth during his stay in Gondor, and they were wed. She bore him a son Elfwine, who succeeded him after his death. 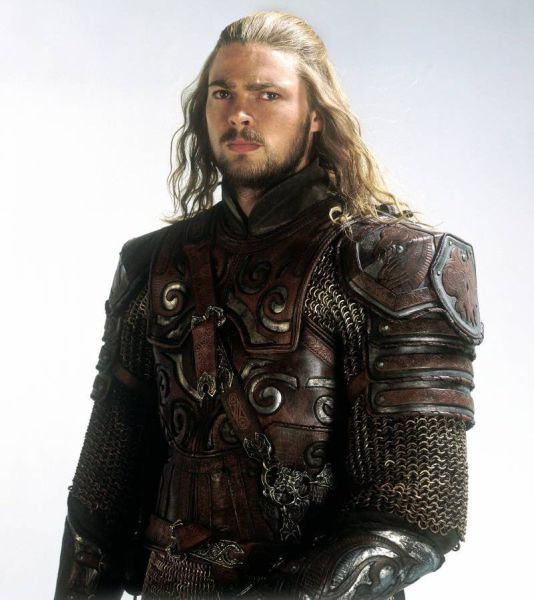 Settled at the Lonely Mountain. 48 years later he journeyed to Moria to reclaim the realm for the Dwarves of Durin’s folk. After five years the Orcs attacked and he could not escape over the Bridge of Khazad-dûm so tried to leave through the Hollin Gate. He was then taken by the Watcher in the Water, the creature later encountered by the Fellowship of the Ring. 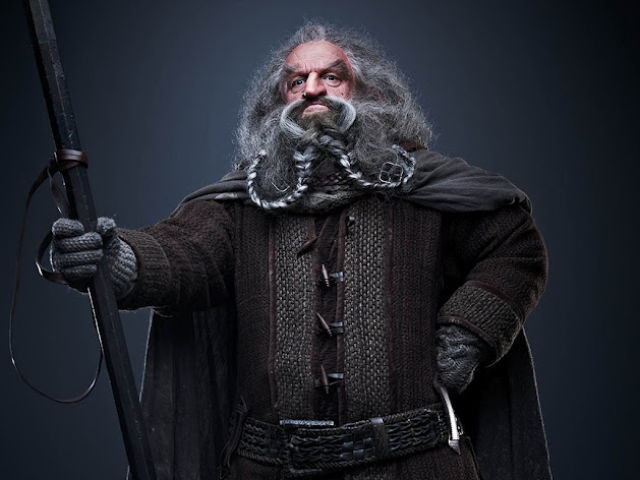 He remained at the Kingdom under the Mountain. Was present at the Council of Elrond with his son Gimli during The Fellowship of the Ring. He later died aged 253. 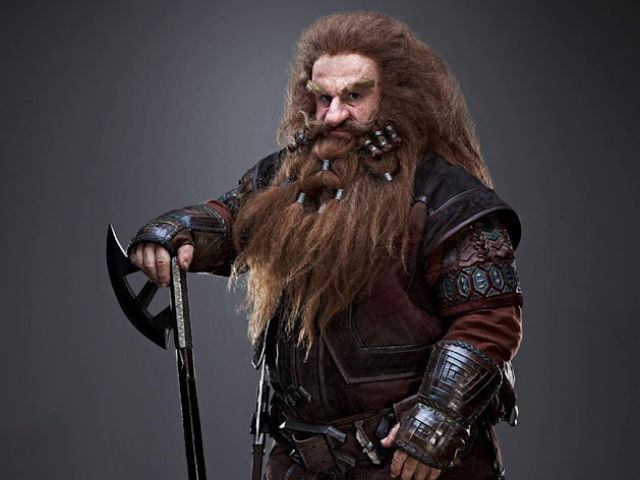 Stayed at the Lonely Mountain. He passed away aged 340, later than any of the others of Thorin’s company. 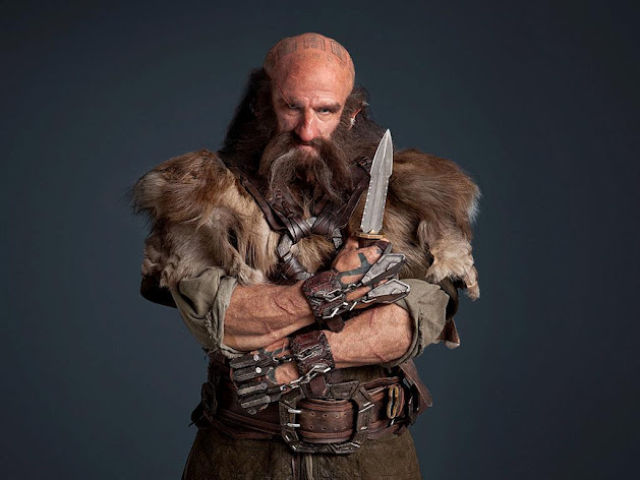 Visited Bag End to see Bilbo before leading the expedition to Moria. He did become Lord of Moria for a time only to be killed by an Orc archer in the Dimrill Dale, a valley below the Great Gates of Moria. His tomb was later discovered by the Fellowship of the Ring. 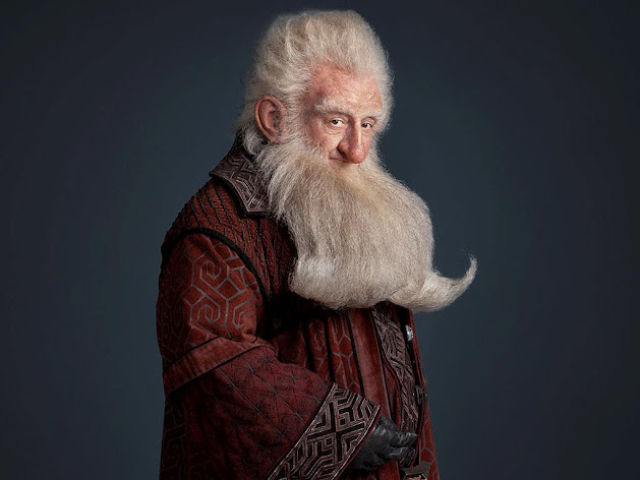 Claimed his share of the treasure and lived his life at the Lonely Mountain. 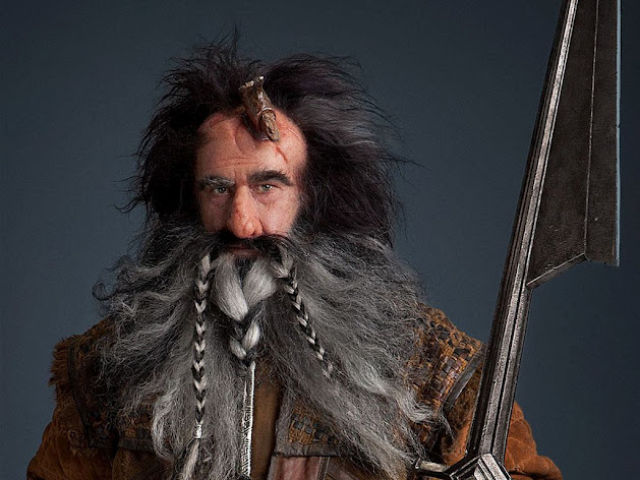 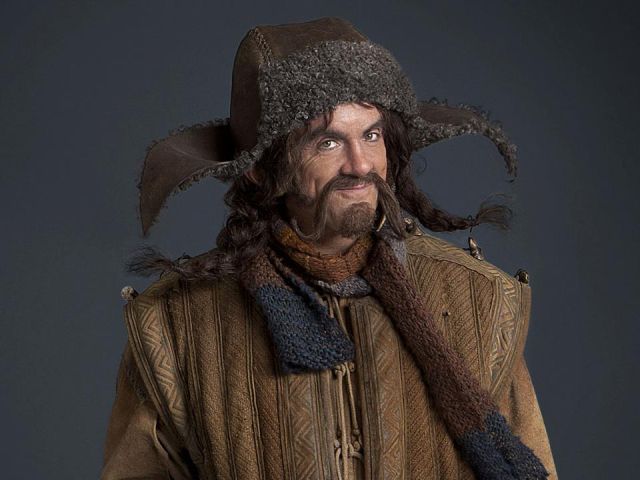 Lived his life at Erebor. Frodo later enquires after him and discovers he is now so fat it takes six dwarves to carry him to the dinner table. 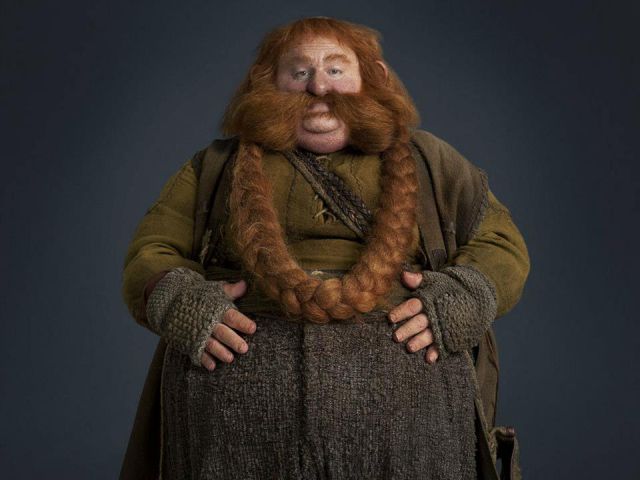 Made a name for himself under the mountain and grew rich. Was still alive during the War of the Ring. 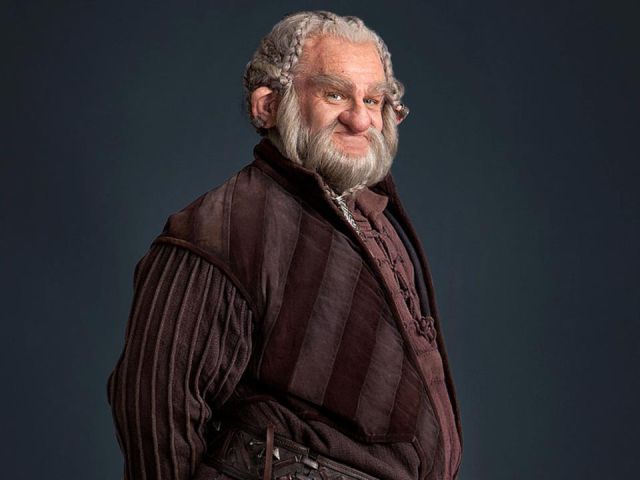 Lived in the Kingdom under the Mountain and was still there 77 years later during the War of the Ring. 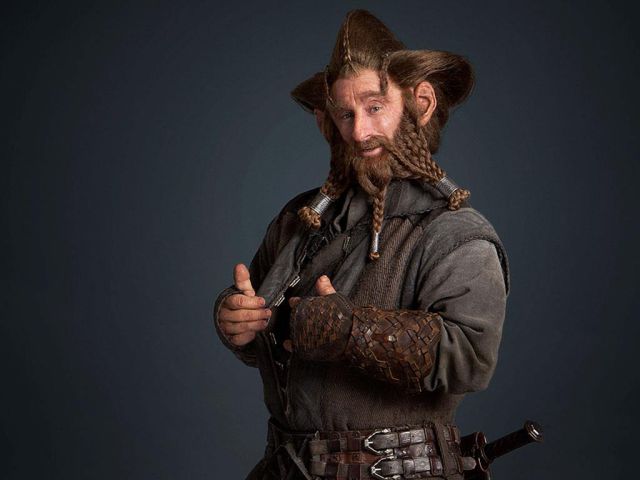 Joined the expedition to Moria and, after burying Balin, he perished when the orcs attacked. He noted his last moments in The Book of Mazurbul, later read by Gandalf when he and the Fellowship of the Ring pass through Moria. 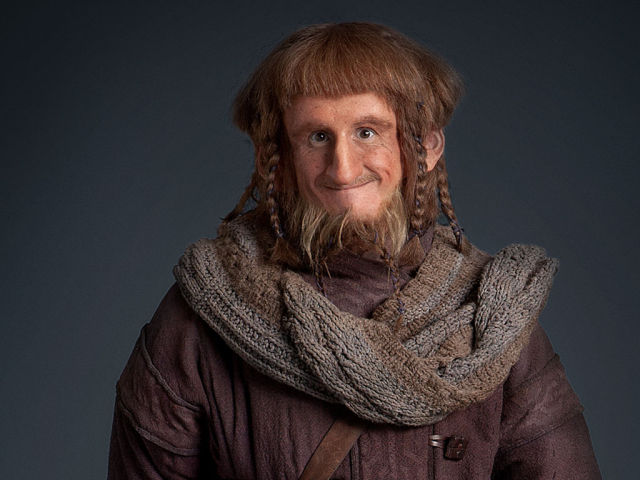 Reincarnated as Lord Eddard Stark, head of House Stark and Lord Paramount of the North 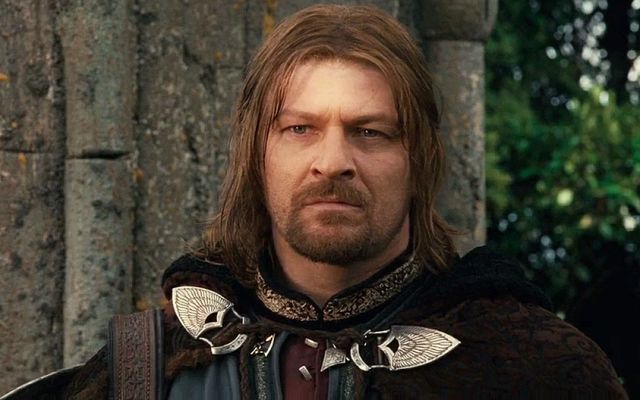 Fenrisulven 5 year s ago
What kind of BS is this? A blend of stuff from the books and fan made, or just fan made?
Never underestimate the power of large crowds, of stupid people.
Reply
-3

darkraisin 5 year s ago
does not make any difference. it is a BS either way, a big one.
Reply
-4

babaroga73 5 year s ago
I thought it was izismile , instead i get iziboringstuffidontcareabout.
Reply
2

ReXxX 5 year s ago
Whatever this is, it is NOT fan-made AT ALL. Proof:

Any person calling themselves any kind of FAN of the Tolkien stories, should KNOW that Frodo was 33 when he was given the One Ring, and, contrary to what the movie series would have you believe, he didn't start his journey until he was 55. FFS, read the books!

This is not fan-made, it's attention whore-made.
Reply
2

Khysiek 5 year s ago
It's from books by J.R.R. Tolkien you illiterate dumbasses.
Reply
1

gigantes 5 year s ago
yeap other than the joke at the end, this is very accurate stuff from what i recall. i've probably read the series about 5x across the years.
Reply