The 10 Places Worldwide Where Security Is Top Priority (10 pics)

These places are some of the most well-guarded in the world and you wouldn’t want to try to break into or out of any of them.

Fort Knox: Fort Knox, located in Kentucky, is an Army post and is also home to the US Bullion Depository where the US keeps thousands of tons of gold, and important historical documents. Not only is this place extremely guarded, but it’s also protected by a 22-ton blast door and more security cameras than you could probably find on-line.
1 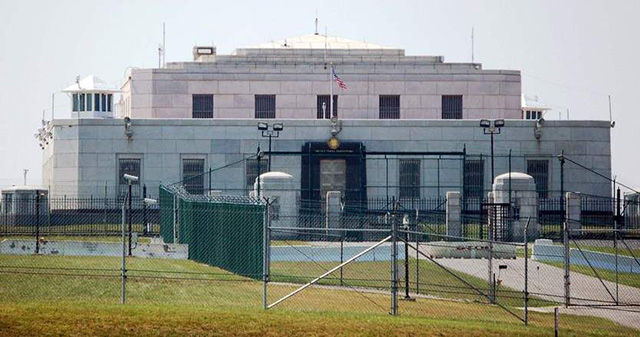 Area 51: Probably the most well known on the list… Area 51 is a top secret aerospace development and testing site located in Nevada. It may not look that well guarded, but you better believe if you step foot past the warning signs you’ll have people on you in seconds…. even photography is prohibited. The area is said to be installed with hundreds of special senors, which can detect any movements in the area.
2 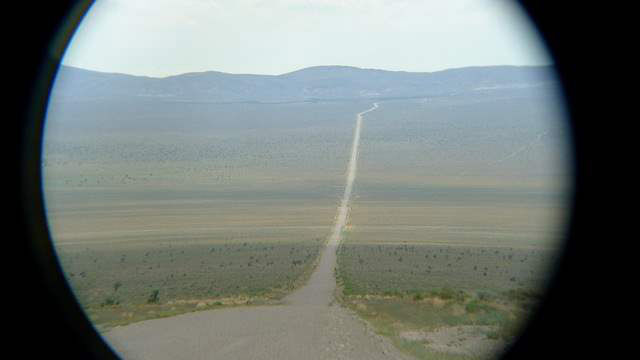 The Mormon Church’s Secret Vaults: These secret vaults contain genealogical and historical records for The Church of Jesus Christ of Latter-day Saints. The vault is excavated 600 feet into the north side of Little Cottonwood Canyon, located in Utah. Not only are they heavily guarded, but are also rumored to be protected by temperature control, as well as motion and heat sensors.
3 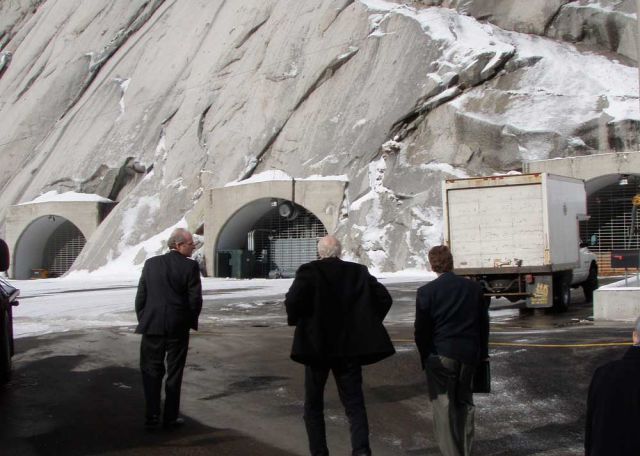 Federal Reserve Bank in New York: Roughly about 25% of the entire world’s gold is said to be stored here…. The vault itself is eighty feet below street level and fifty feet below sea level, and the perimeter of the building is guarded by well-trained marksmen.
4 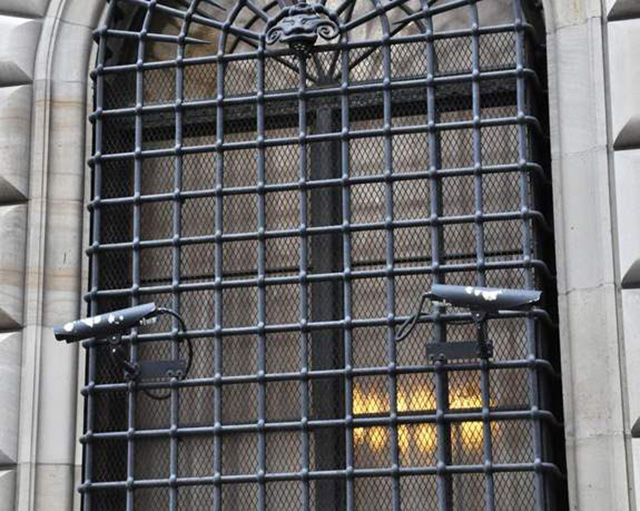 Bold Lane Car Park: You won’t have to worry much about car thieves when you leave your car parked here. This parking garage in Derbyshire, England is one of the safest places to park your car in the world. The lot uses a sophisticated web including CCTV cameras, panic buttons, entry doors and bar-coded tickets. If the alarm does go off, the whole place goes into lockdown mode.
5 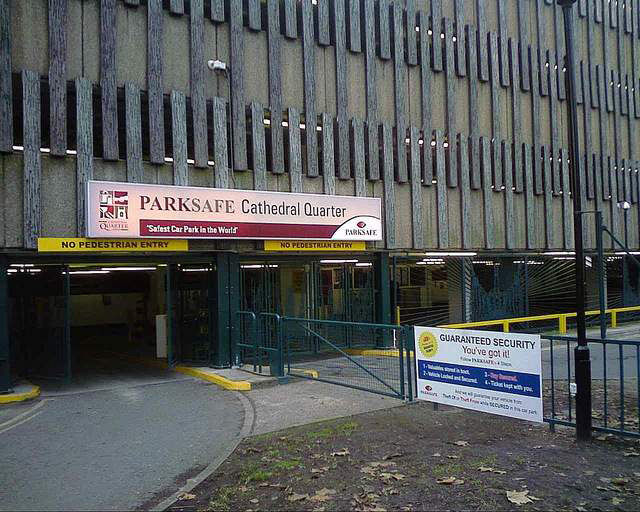 Tumen River: This river makes up part of the boundary between Russia and North Korea. Within a mile, you can go from North Korea, through China and end up in Russia, which makes this a good place for those wishing to defect. It’s is highly and well guarded by North Korean soldiers.
6 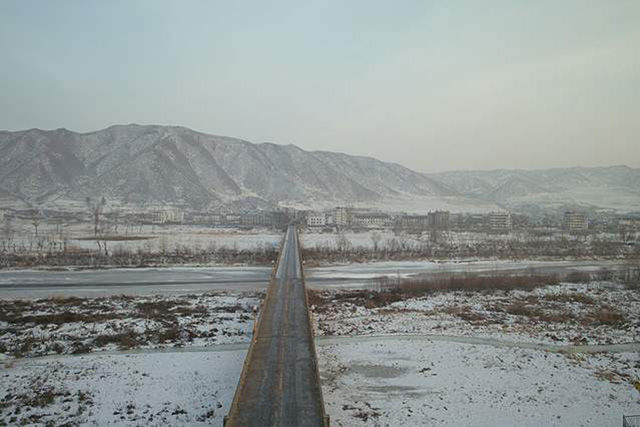 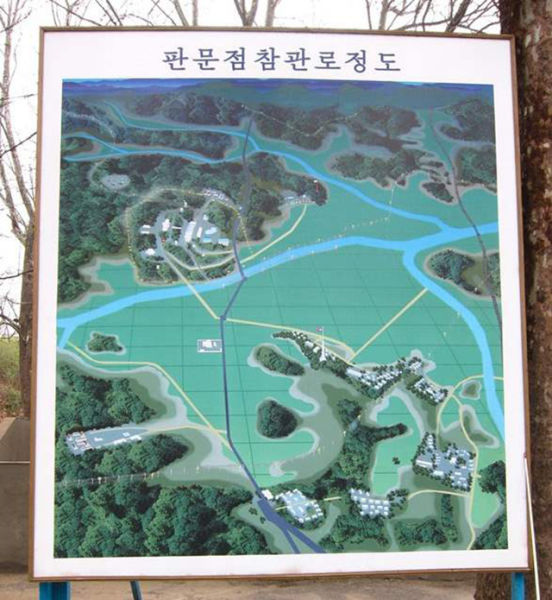 The Greenbrier: Built roughly 720 feet into the hillside under The Greenbrier’s West Virginia Wing, the bunker is an astonishing 112,544 square feet in size. Underneath lies the real secret… a 25-ton nuclear blast door, with tunnels behind leading to a nuclear bunker that is filled with supplies for members of the U.S. Congress to weather a nuclear attack.
8 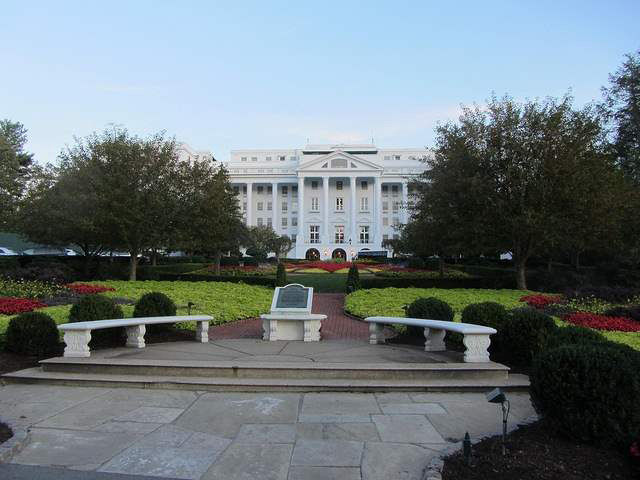 Haven Co: Haven Co is a 120-by-50-foot anti-aircraft platform seven miles off the British coast and 60 feet above the water in the North Sea. It was a self-contained, hyper-secure data fortress, and the only people ever allowed in were authorized personnel, investors, and members of Britain’s royal family. It was apparently closed down in 2008, and very few people know what it was protecting.
9 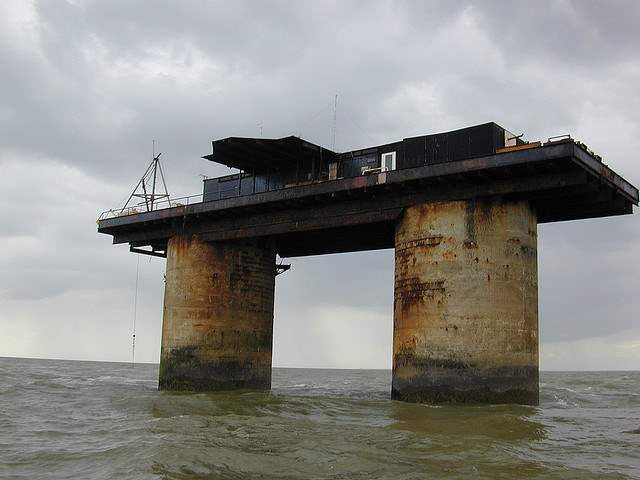 Cheyenne Mountain: The Cheyenne Mountain complex was, at one point, the command center for the North American Aerospace Defense Command and U.S. Space Command missions. It’s so well guarded that the tunnel is protected by solid granite and reinforced steel. However, NORAD has since moved its operations to another location.
10 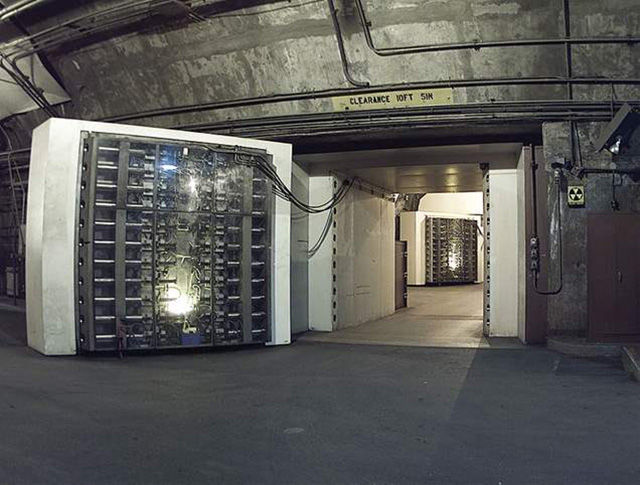 ArxFerrum 5 year s ago
#1- According to the US Government, Ft. Knox no longer holds any gold... but then again, it all depends on how much you believe what the government tells ya.
Reply
0

one.dirty.old.man 5 year s ago
#1 Fort Knox Army Base is also home of the M1 Abrams Tank training center, so attack at your own risk.
Reply
0

jackhammer8 5 year s ago
There is nothing secret about the Granite Mountain Records Vault (#3). It holds a bunch of genealogical and family history records. They're currently being digitized and released for free. Just because it's Mormon doesn't make it secret. Also, the garbage about the high security isn't true either. No, it's not open to the public. That doesn't mean there are snipers on the mountain.
Reply