People always forget that everything you do online is visible to everyone.

Absolutely abhorrent... I mean just *look* at those sideburns! 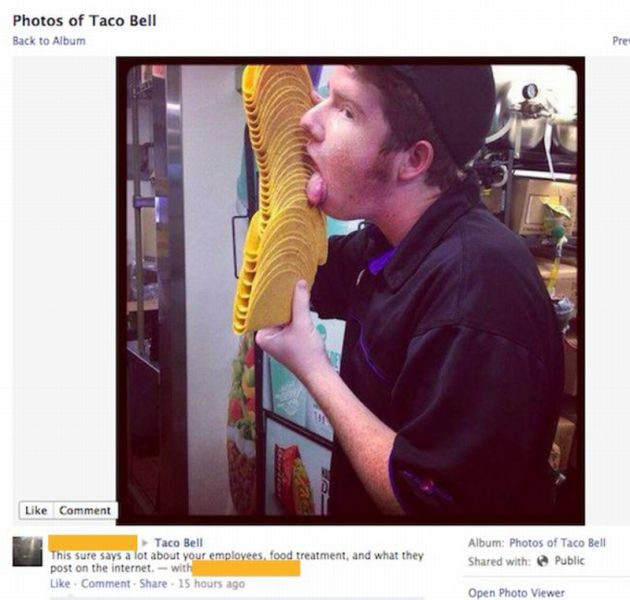 Something tells me you should probably not do 153 in the company car. 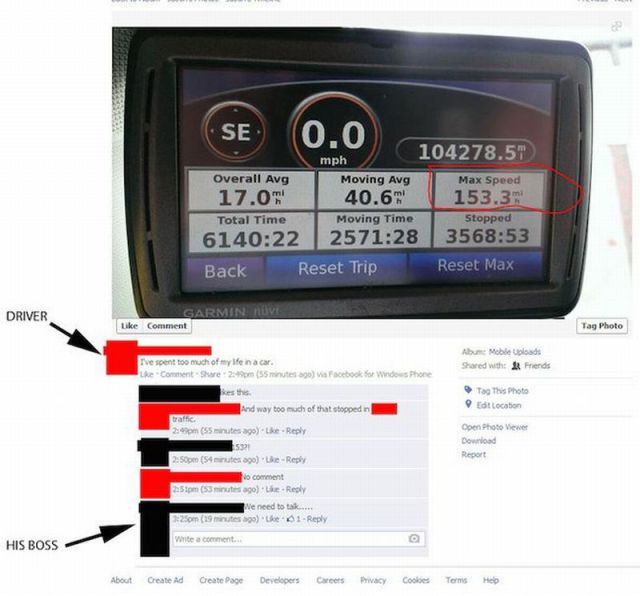 Last I checked, "lettuce shoes" were not part of the official BK dress code. 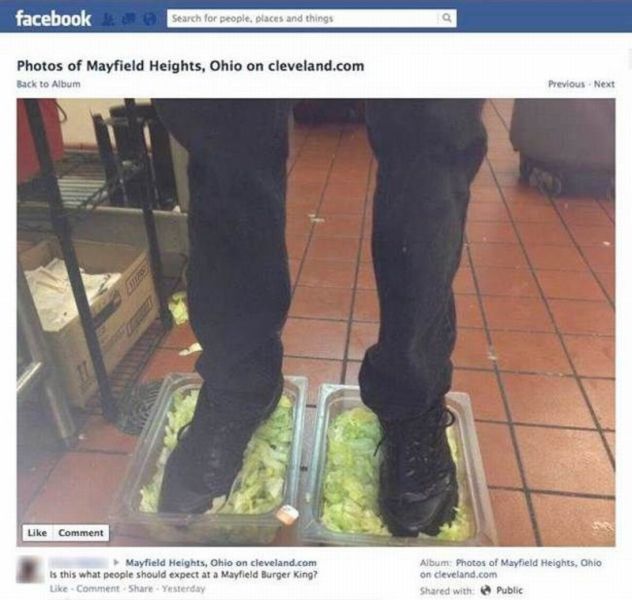 "Lemme post a picture of my illegal activities on the internet. What could possibly go wrong?" 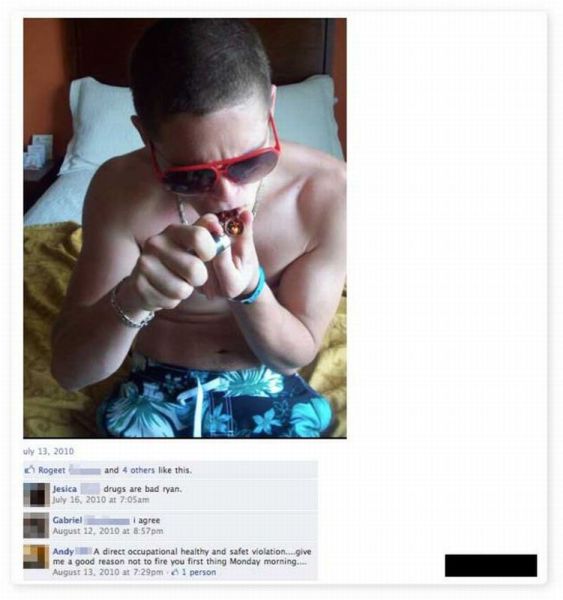 "Piss Olympics" must be on the secret Taco bell menu. 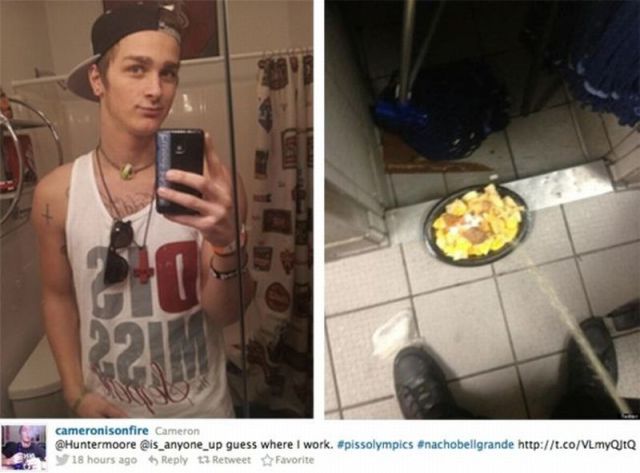 Thomas has some things to learn about "full time." 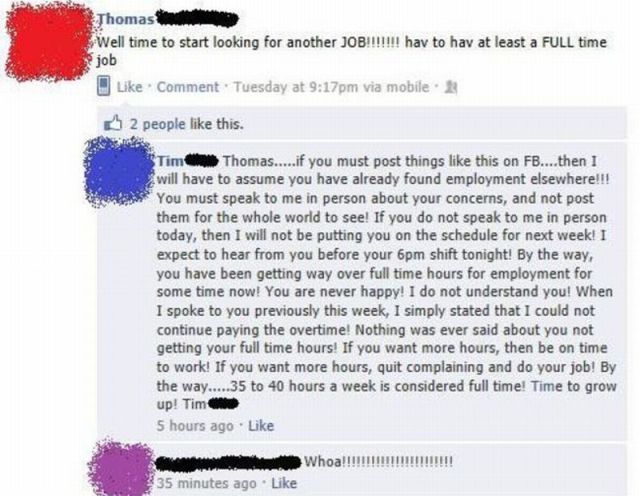 Note to self: skip Subway for a while. 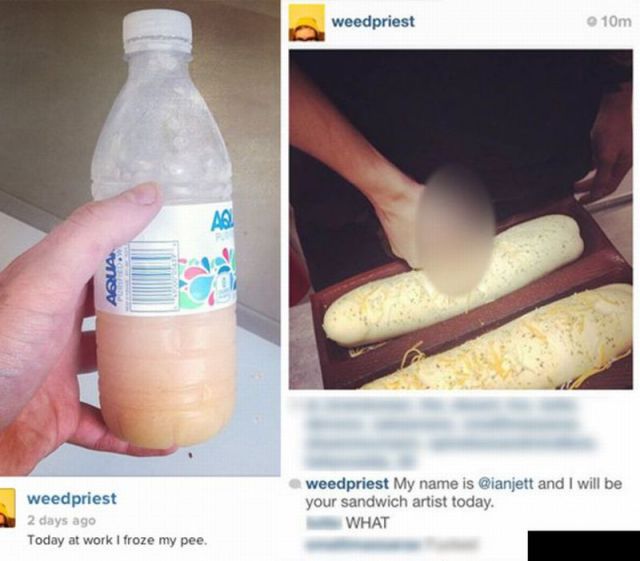 Yeah, I'd hate having to work for Dido too.

I think I'm going to start using "prune" as in insult.

This is a high-school teacher. 'Nuff said. 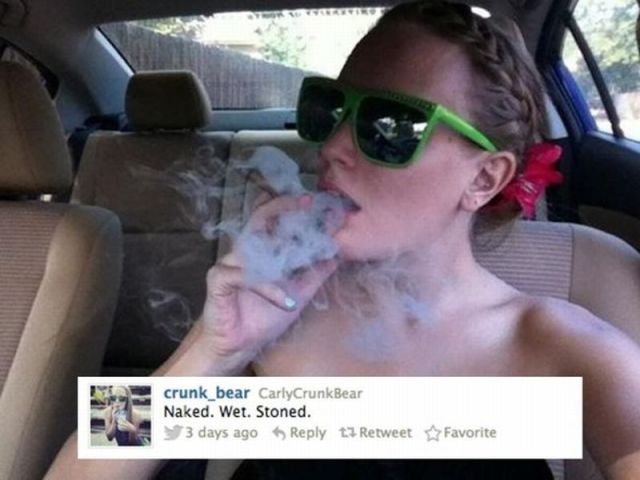 Where the hell was she when I was in school?

And it was over before it began. 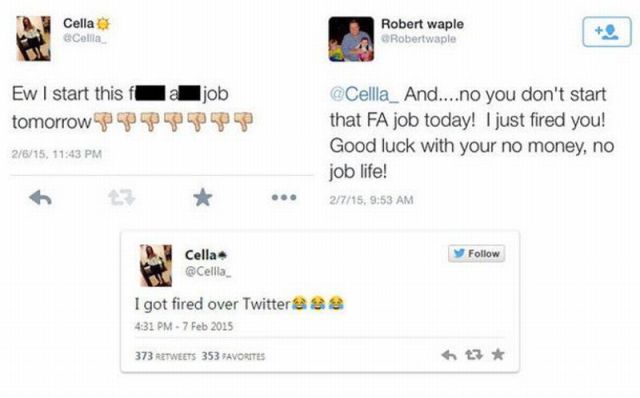 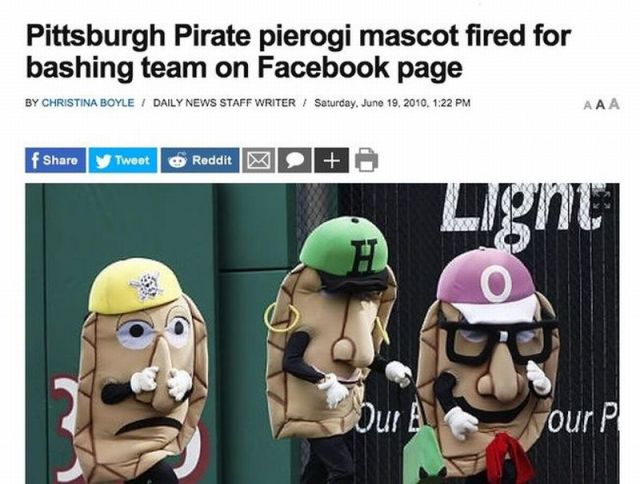 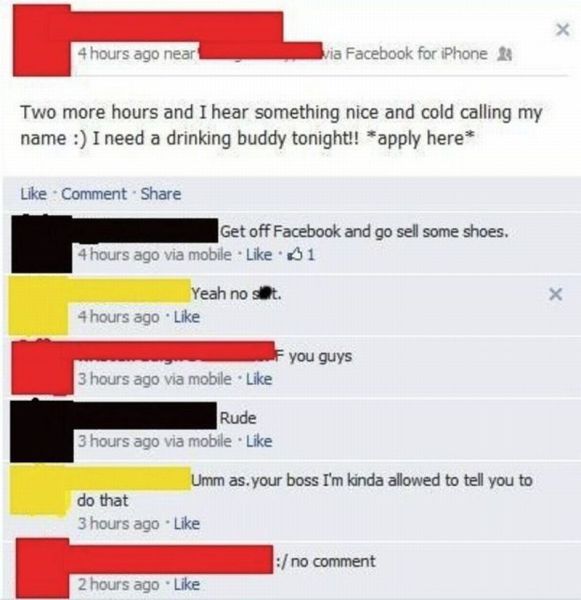 When both you and your boss are on Facebook at the same time...

"Man, the boss doesn't even have to be here to scold us."

Turns out the boss doesn't appreciate being called a "dick hrad"... 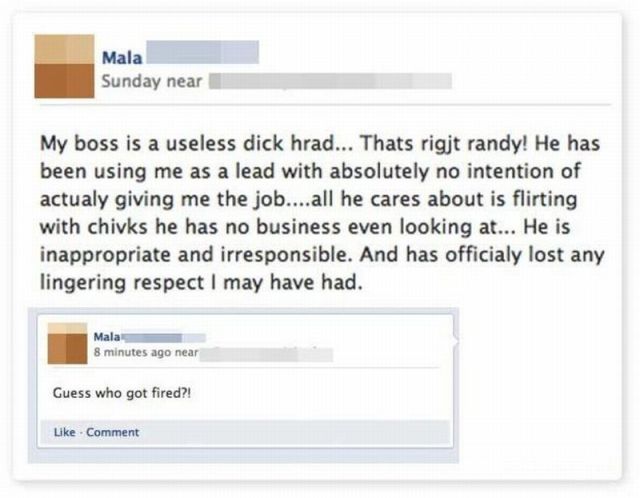 "Still trashed" is totally a medical condition! I checked!" 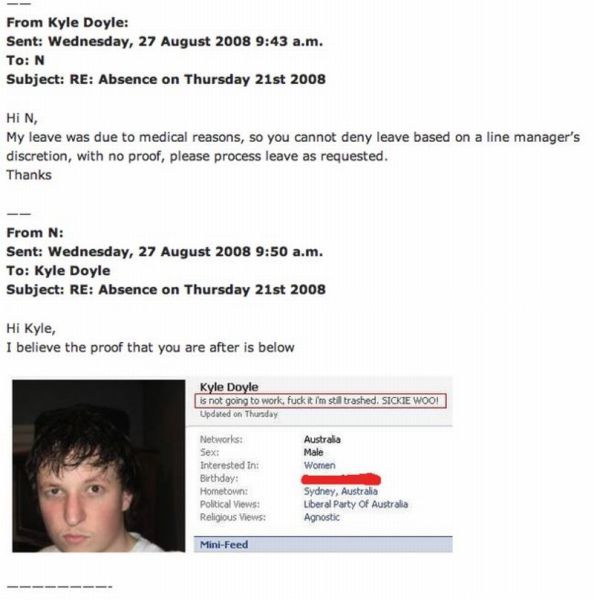 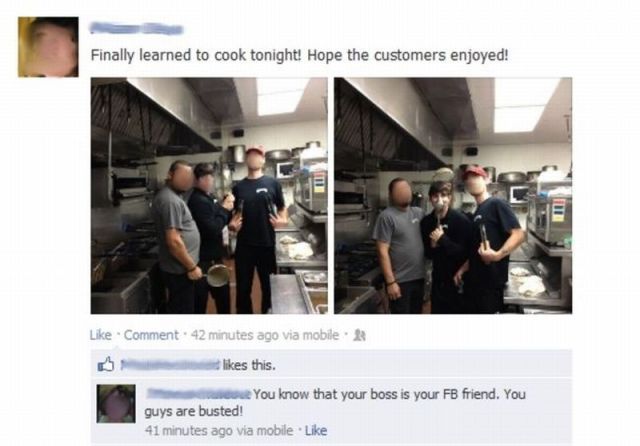 She's probably lucky she only lost her job. 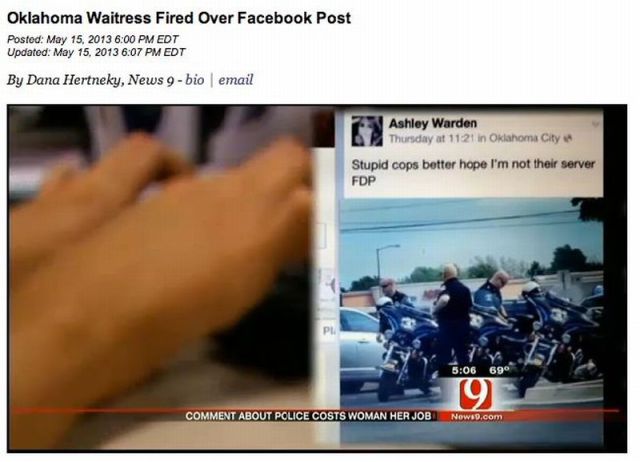 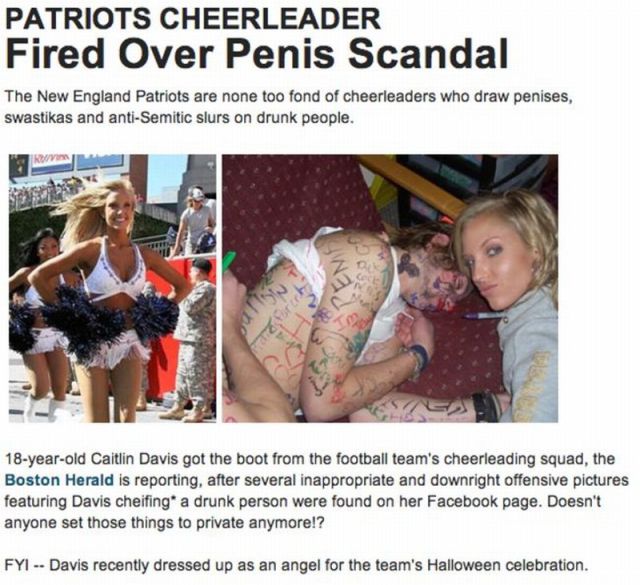 Maybe it had something to do with the service? 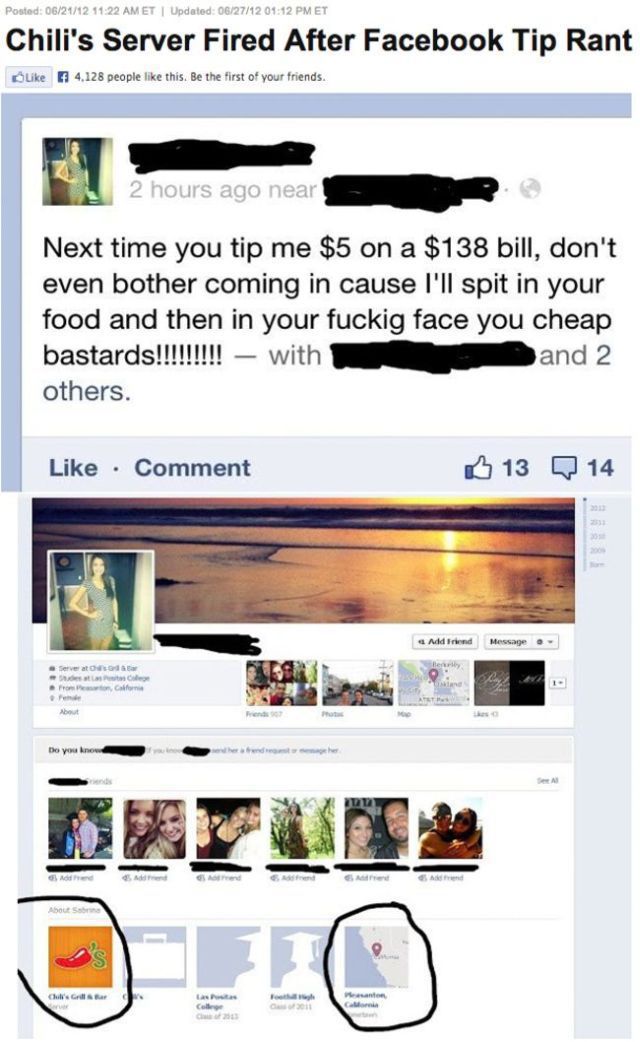 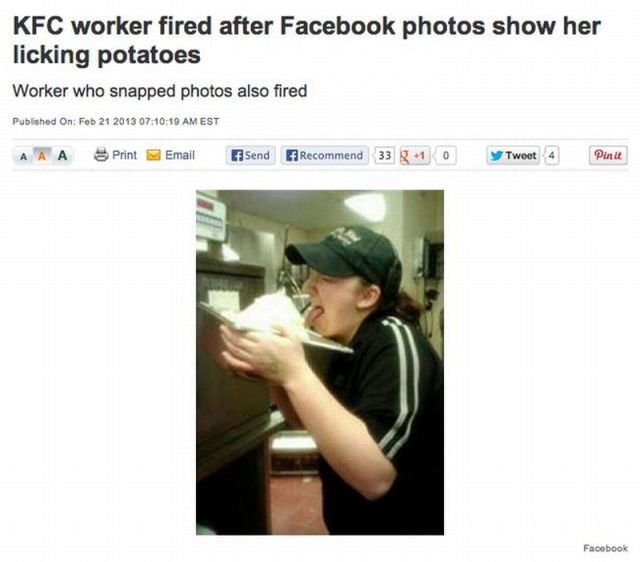 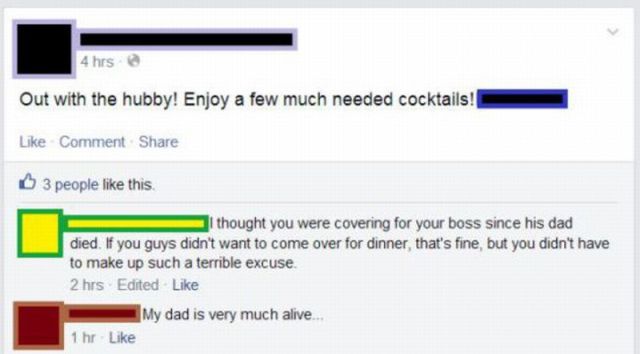 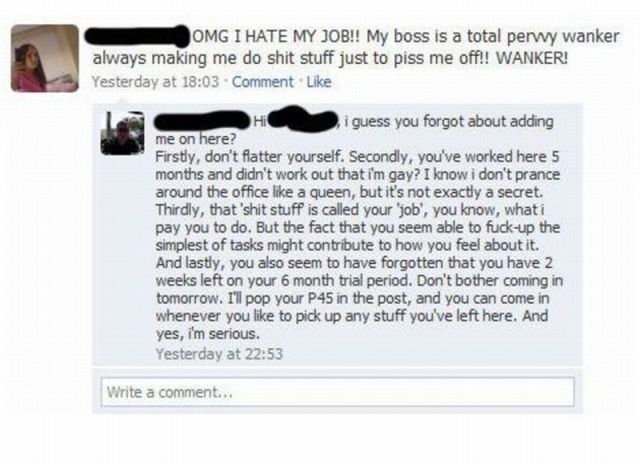 gigantes 5 year s ago
hopefully most of these kids went on to pay some nice legal fees.
Reply
0

trollmaster9000 5 year s ago
They probably just end up on public assistance, and get free healthcare. Thanks obama.
Reply
0

First 4 month s ago
#2 company need to be investigated for tampering with ECM. Cut out speed set from the factory is 110 mph. Sports cars or spec. edition 135 mph. So, one way or another the company responsible for compliance with DOT regulations since they are the legal owner of the vehicle.
Reply