Can you spot the difference when you see a real gun compared to a fake gun? 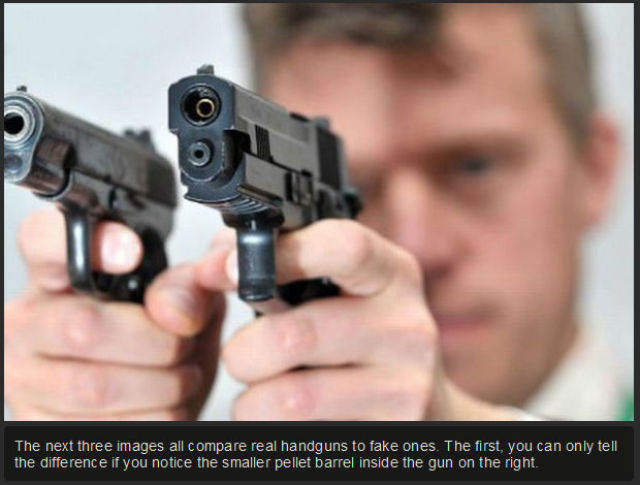 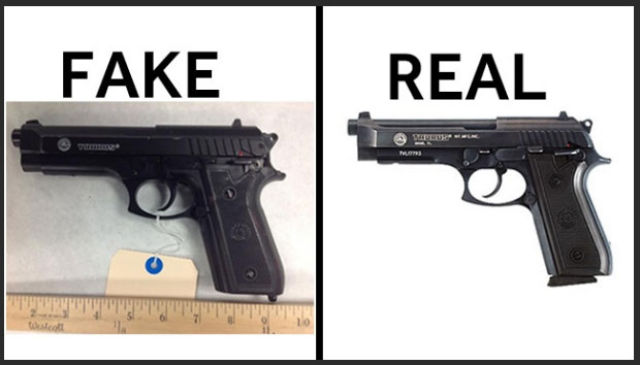 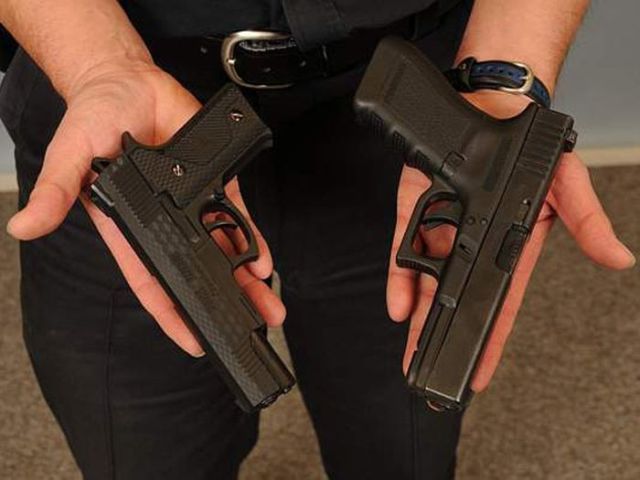 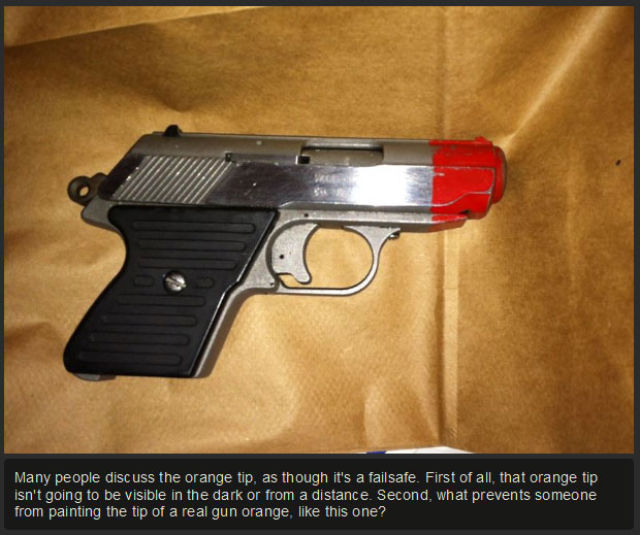 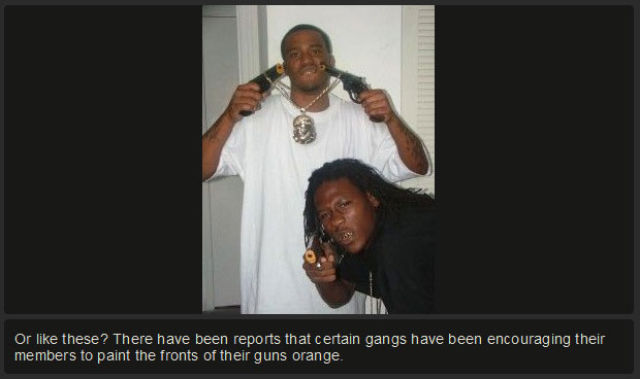 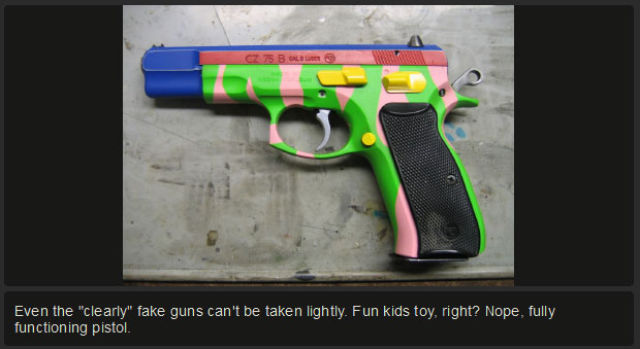 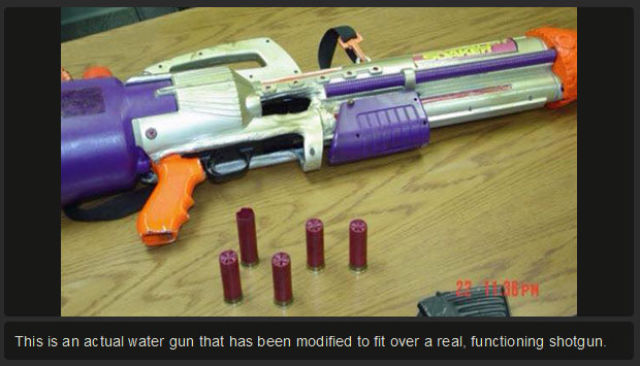 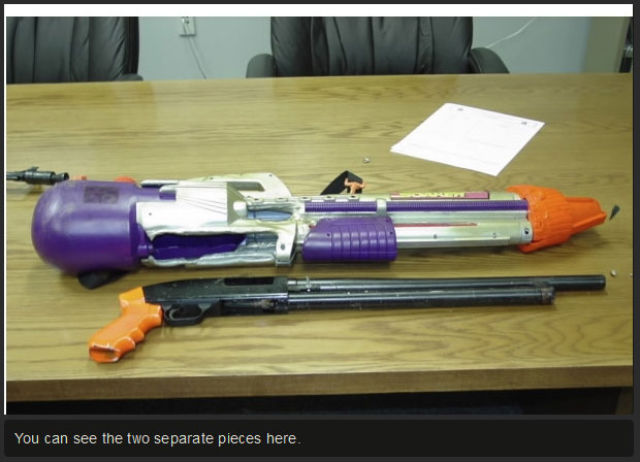 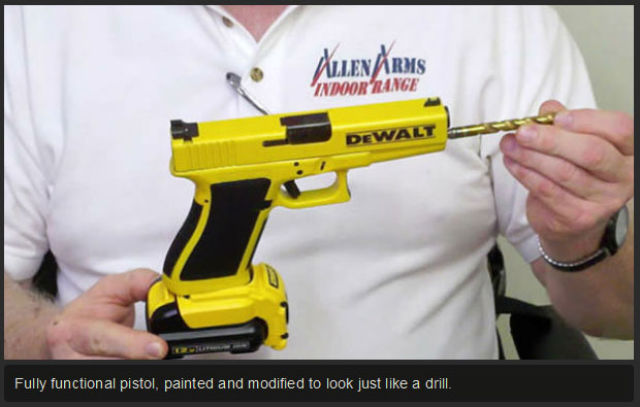 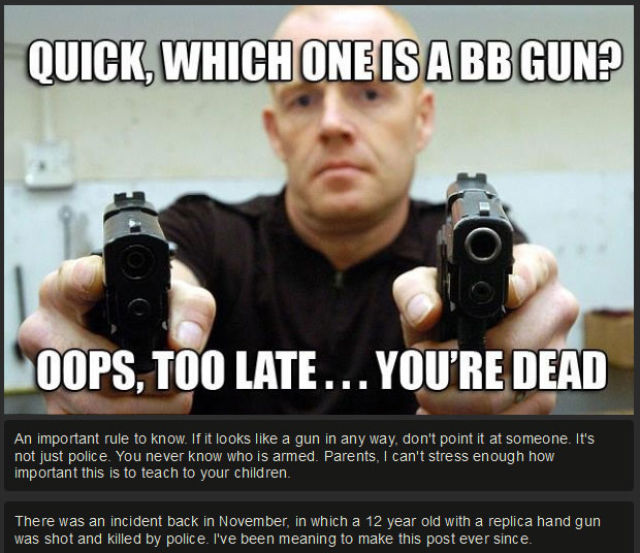 jubyp0b 6 year s ago
It's times like these I'm glad I don't live in the Mighty US of A.
Reply
3

PCSinWV 6 year s ago
We are glad you don't live here too.
Reply
5

trollmaster9000 6 year s ago
So I guess it's time for the gun grabbing liberals to grab toys as well.
Reply
-3

ArxFerrum 6 year s ago
We often tend to judge people - complete strangers - by rather weak and politicized viewpoints.

For instance:
--/Is an American gun owner
automatically a bad person because
they have a legal firearm?/--

Once we lower ourselves to a level where we can judge complete strangers on subjects such as this... we are already somewhat less than human beings and something more like machines.

Just my opinion... fire away.
Reply
0

The problem that I see does not concern the judgement of an American citizen / individual that is a gun owner.

The problem, in my opinion, at least - is that the American Government does not care about the massive weapon traffic (both legally and illegally) going on in USA. The fact that so many gangs are free to use firearms (not just mobsters or some Crip / Blood etc. - the little, "lighter" ones, if you will ) is proof enough that there is a problem. The moment so many police officers feel compelled to shoot at times is a problem.

There are so many issues that stem out of the legalization of firearms.

Look how sensitive Americans are to their firearm possession. They feel it's part of their nature. It is so. But having so much "freedom" in regard to firearms is, by far, bad.

As a reply to your original statement, it is not lowering to be judgmental. It is natural for us to try and put everyone in a group that our brain is used to correlating others to.

No matter how much we try to lie to ourselves and even though humans are quite adaptable, we are still afraid of change. It's normal, though. Change means a new train of thought, a new group for people, a new reasoning, a new understanding of said group etc.
Although, I feel the need to mention that there are things I definitely do not enjoy (in regard to social neo-groups). That's something else completely.

Other than that, of course we are a product of our society. We're not machines, but we're not as unique as we'd hope to be. We are only unique in the sense that we have been influenced by other mediums more or less than the individual next to us. But they are the same mediums in the same society. Thus, the individuality is rather local. The things that make us special are thus observed only by a select few, locally.

Also, I find it amusing to try and analyze people. Judge them. It is somewhat satisfying and, at times, hilarious.

Thanks for the reply :)

In America, an automobile and/or pick up truck can be obtained by anyone. Vehicles regularly kill by way of drunk drivers, drugged drivers, drivers having sex in the driver's seat, cell phones, angry spouses, angry children, criminals, gangstas, etc.

... it just goes on and on. Really.
Guns are deadly but so are cars and trucks. In the state of Florida, deaths by way of firearms and death by way of motorized vehicle have been in a neck-and-neck competition since 1978.

Now here comes the biggie... kids are allowed to drive!!!

The problem with killing people is a human one because just as a car cannot and will not drive itself into somebody's home, guns do not pull their own triggers.

Blaming guns and ignoring the human condition is... well, a comfort path so that we don't have to hold our society and our culture accountable.

A member of our family was shot - father-in-law of one of my kids - who was making a night deposit drop from his business.

The guy came out to rob him. He resisted. His gun had a company-required lock on the trigger that - supposedly - could be quickly released in case of emergency. It failed, he was shot... lost a lot of his intestinal tract but luckily survived.

Right after that, my wife bought a S&W .40 because she also makes deposits.

No lock on her trigger.

Guns ain't ee-ville. People are ee-ville and I will not now or ever, ever surrender my firearms for political shenanigans.

jubyp0b 6 year s ago
Firstly and most importantly, sorry about your kids' father-in-law. It's good that he did survive. Hope he's well, so - best wishes for him.

Secondly, I mostly agree with you. Mostly - first of all, the car was designed to transport from pt. A to pt. B. Whilst a gun was specifically designed to take lives. The fact that so many people die from car accidents has nothing to do with cars - it only has to do with people being irresponsible whilst driving. Most of the times, when lives are lost due to car accidents, the car was misused or used in a bad combination (alcohol, cell phone, drugs etc.)
Whilst when lives are lost due to guns, the gun was simply used.

Second of all, I am not blaming guns for killing people. That would, indeed, be stupid. The problem is that the legislation is too permissive with instruments meant to take lives.
And, finally, if there were suddenly a shortage of guns, would the country become safer? Would there be a lower criminal rate across the country? What would they be replaced with?

Once more, I am not blaming the guns, nor am I blaming human nature. I am blaming the combination of the two - which is to freely allowed.

I really feel for you and your family for being forced, somewhat, to carry guns. But if the robbers hadn't had guns, would you still feel compelled to own some of your own?

ArxFerrum 6 year s ago
"... if the robbers hadn't had guns, would you still feel compelled to own some of your own?"

'Compelled'? Nah... but I still would for the sake and safety of my home, my family and because I like to go to the range. I would hope and pray never to have to use it but, I would, should the moment ever rear an ugly head to face us.

I also feel that upon its current course, our country is very close to seeing the republic/constitution disintegrate. Over, roughly, the last quarter century, everything this nation was founded upon has been attacked and dismantled. It goes on today even as we speak.

I do have a lot of beliefs... and theories, that I have formed over the last five decades but... Izismile is not the place to toss them out.

In closing, family and home are above all things and on those alone, no... I would never surrender my fire arms.

Also... I do genuinely appreciate and respect your civil approach and dialogue :)
Reply
-1

jubyp0b 6 year s ago
Along the lines of your last phrase - I also appreciate a conversation in which the participants are respectful and can bring arguments that are true to the dialogue at hand.

Thank you for your time, anywho.