These big global entities will do anything to make a profit. These scandalous secrets are definitely not things they want you to know.

Bayer is the maker of Aspirin and one of the top pharmaceutical companies in the world. In 1984 they sold HIV and Hepatitis C contaminated blood products which caused up to 10,000 people in the U.S. alone to contract HIV. After they found out the drug was contaminated, they pulled it off the U.S. market and sold it to countries in Asia and Latin America so they could still make money.

Its CEO just last year said they make life saving cancer drugs for "the rich people who could afford it". 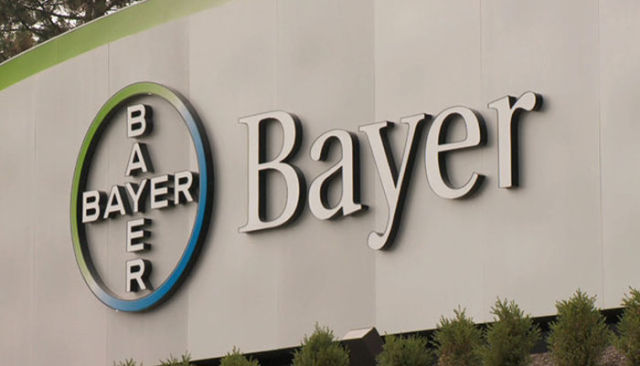 The company is the largest bottled water distributor in the world and is using a variety of methods to obtain water, including brokering loopholes in water protection acts and costly public campaigns. As water supplies dwindle drastically and communities feel the strain, Nestlé continues to siphon the public’s water and sell it back to them at a hefty profit.

Nestle also aggressively promoted its baby formula in poor areas, even telling women it was better for their babies. They gave samples to poor mothers, who used it, and then had to continue using it because their milk supplies had since dried up. Nestlé did this in areas where it was known that most people lack access to clean water, which is necessary to safely administer formula. Also, when the free samples ran out, the families often could not afford the high costs of formula (having lost access to their free breast milk) and they would buy as much as they could afford and then make it stretch, resulting in malnourished babies. 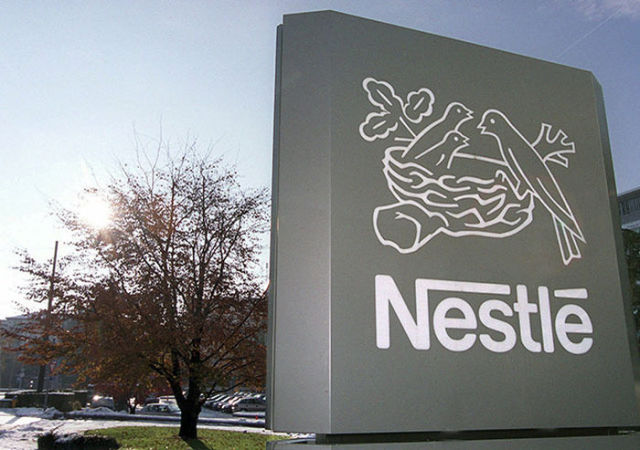 They lobby to keep people in jail for their profits. The whole reason they exist is to make sure private prisons thrive. For profit prisons that lobby against true reform and keep people in jail for things like selling a dimebag of weed. It’s no wonder America has the highest incarceration rate per capita in the world. It’s also no coincidence that the rate spikes when Reagan introduced legislation to privatize prisons. And then prisoners are treated in such a way as to virtually guarantee that they will come out worse, and get reincarcerated.

The scariest part – " The number of federal laws has risen from 3,000 in the early 1980s to over 4,450 by 2008. Many of these have poor intent requirements, meaning people are being locked up not to keep the rest of society safe, but for technical violations of laws they may not have known existed." 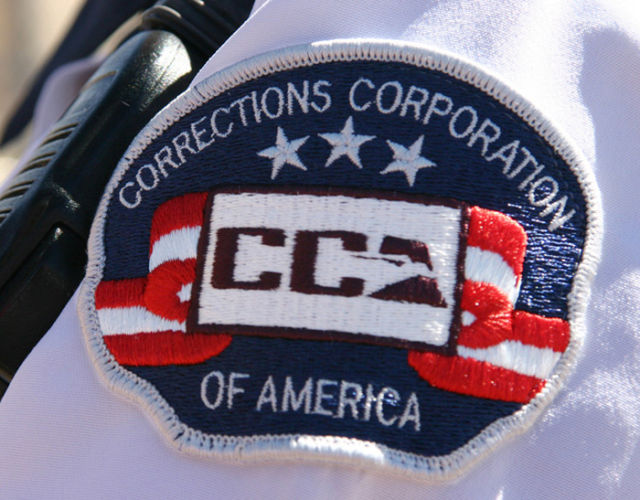 They’ve been known to accept bribes. They have billions of dollars in reserve even though they’re supposed to be a non-profit organization. They’ve managed to lobby governments to change laws to benefit their cause (the lifting of the alcohol ban in stadiums in Brazil for example.)

They awarded the 2022 World Cup to Qatar. Qatar is a desert with temperatures over 110 in the heat of Summer when the Cup is played. They rely on abusive labor practices that border on slavery. Qatar was chosen despite bids by other cities that would have been much better places to hold such an event. 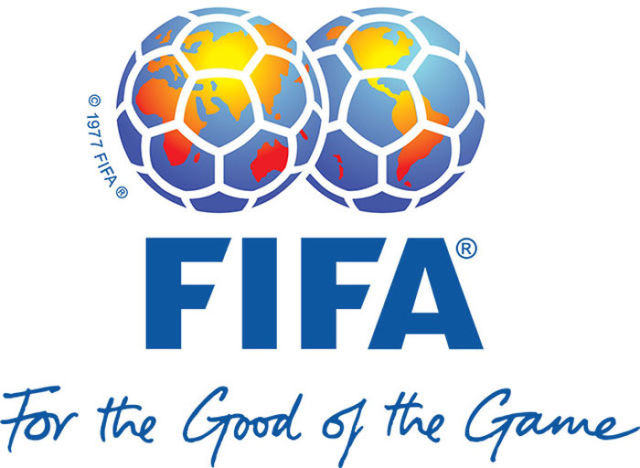 It uses its profits to spread lying political propaganda undermining science and attacking basic principles of civilization and reason. They have unfair influence in politics and on politicians, control energy markets, pipelines, defense, agriculture, and cattle. Responsible for 300 reported oil spills which had taken place across six states. Global warming denialists that pour millions of dollars into fighting clean energy. Fined for environmental crimes relating to excess emissions of 85 metric tons of benzene, a known carcinogen. 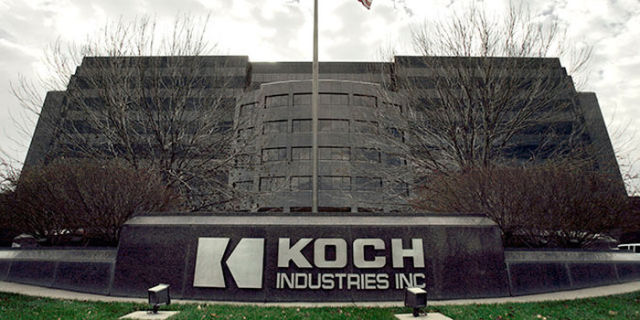 Anybody who’s been on the inside understand that every facet of their business relies on actively ruining as many people’s lives as possible. Every end, every facet, and not even the consumer benefits, Wal-mart makes the lions share of the savings from their unethical business practices. Not only have they put smaller local competition out of business, but they put a countless amount of their American and overseas suppliers out of business. Whether large or small. They are absolute bullies, and it’s their way, or no way. The companies foolish enough to try and work with Wal-mart will either have to inherit the unethical practices and use them against their employees and suppliers, or run the incredibly high risk of going out of business themselves. No matter what you try to do, it will be done Wal-marts way, and there will ALWAYS be somebody somewhere along the chain that loses. Every time. Whether it’s the resource extraction, manufacturing/labor, distributor, or shipping, at least one of those is losing. It’s not just circumstance, it’s part of their business model. Somebody MUST lose. There’s been no force or organization in all of American history that has had a greater hand in consolidating and monopolizing so many parts of the economy and massively increasing the income disparity. That is their ultimate objective. 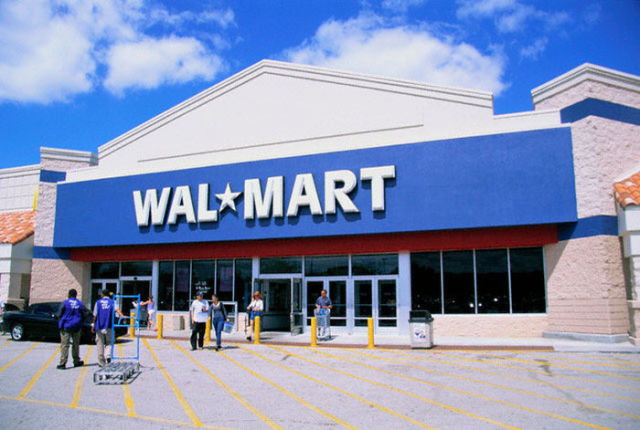 First of all, the term "banana republic" literally refers to countries in South America or the Caribbean who were ruled by corrupt officials who were bought off by the banana companies. This meant that they enjoyed a monopoly on all land that was suitable for growing bananas in the region,

One of the company’s primary tactics for maintaining market dominance was to control the distribution of banana lands. [United Fruit Company] claimed that hurricanes, blight and other natural threats required them to hold extra land or reserve land. In practice, what this meant was that UFCO was able to prevent the government from distributing banana lands to peasants who wanted a share of the banana trade

In the case of Guatemala, the democratically elected government was overthrown by the C.I.A. due to a combination of lobbying from the UFCO and anti-communist fears (of course the UFCO claimed the government was going to join the Soviets, when in reality they were implementing policies inspired by America’s New Deal). It is also convenient to note that the Guatemalan government was trying to buy back all the unused reserve land and thus strip UFCO of its monopoly. 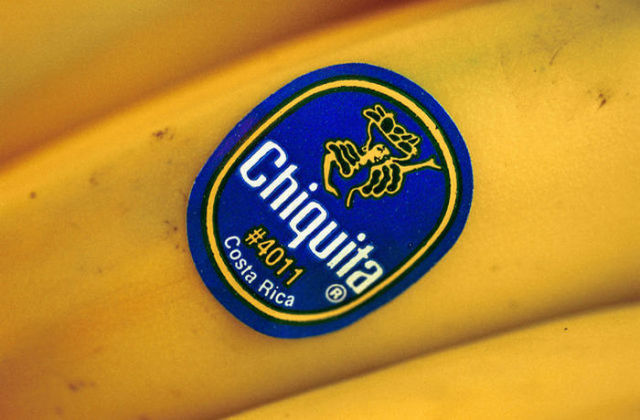 They give people shitty education with the promise of jobs, put them in debt, they can’t get a job, and then the government (aka you, the taxpayer) bails out their student loans, while the college makes its profits. 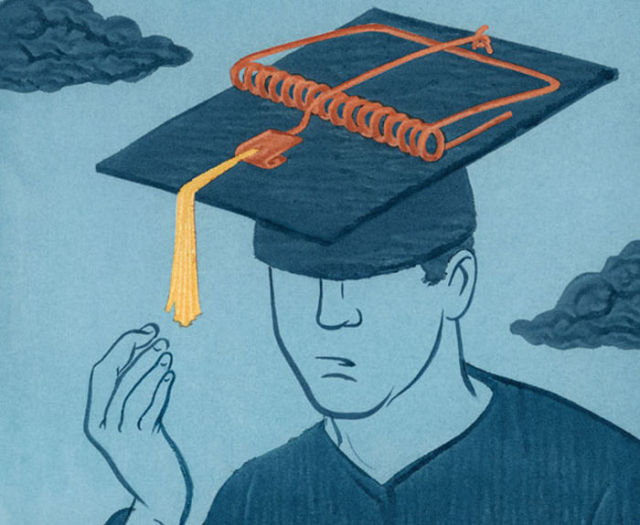 Monsanto needs no introduction, but we’ll do it quickly anyway: They’re a pesticide manufacturer known for being the first company to genetically modify a seed to be resistant to pesticides and herbicides. Their seeds are billed as “Roundup-Ready,” meaning that it’s the only thing that will stay alive in a field that’s been sprayed with Roundup, Monsanto’s main herbicide product. In 2002, Monsanto was convicted of dumping tens of thousands of pounds of PCBs into the waterways of Anniston, Alabama, before lying about it for years. This led to the highest concentrations of the toxic pollutant ever recorded in history. Monsanto’s view on the situation was, “We can’t afford to lose a dollar of profit” (that’s a real quote).
9 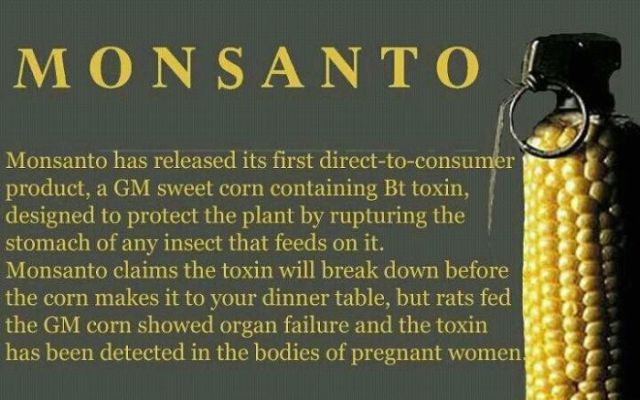 Fenrisulven 5 year s ago
#9 Remember Titanic! "This ship will never sink" vs "this toxin will break down before it reaches your dinner table".
Never underestimate the power of large crowds, of stupid people.
Reply
1

ejazzyjeff 5 year s ago
#5. Now Harry Reid, we told you to stop bringing up the Koch Brothers or we'll have to have your brother rough you up again!
Reply
2

ZombieDarwin 5 year s ago
What a load of horse apples. The bandwidth used to post this drivel could have been used to feed the hungry pygmies in New Zealand.
Reply