Ciera Swaringen, 19, was born with a condition that has left her body covered in hundreds of birthmarks. She has been bullied at school but she has decided to embrace her condition and loves herself just the way she is. 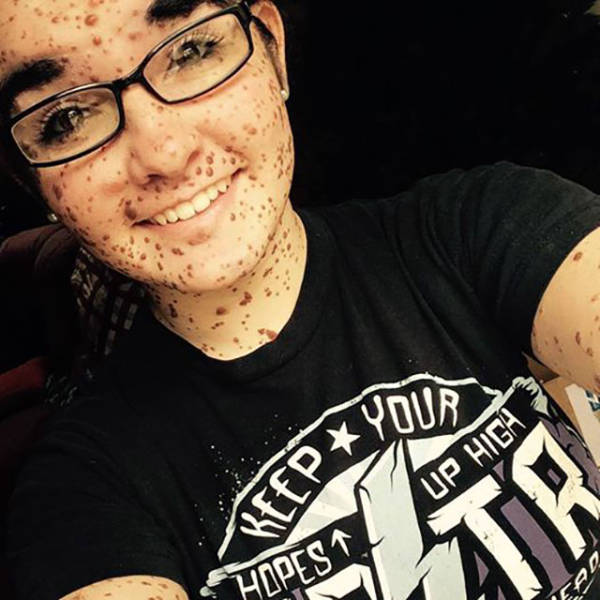 Swaringen was born with giant congenital melanocytic nevus, a rare skin condition that is thought to occur once in every 500,000 births and has left her body covered in moles and birthmarks. The largest mark stretches from her lower thighs to her belly button.

Doctors told Swaringen that luckily her birthmarks pose no health risks, but she could not undergo surgery to remove them. 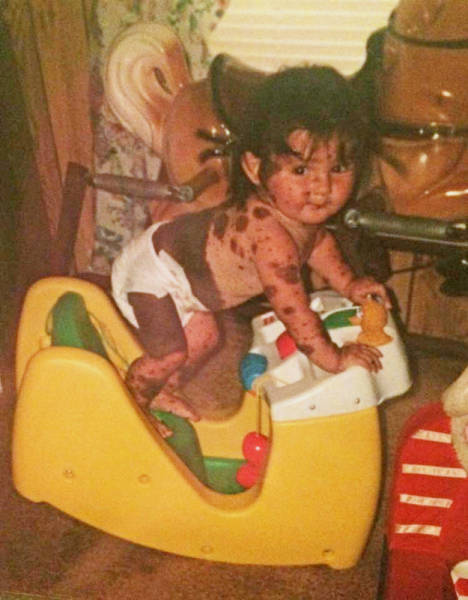 Swaringen spoke to HotSpot Media about her condition: “My birthmarks are constantly growing and I often get new ones, but I’m hoping that will slow down as I leave my teenage years behind.”

Swaringen’s birthmarks have resulted in a struggle with body image; from a young age she has dealt with bullies. 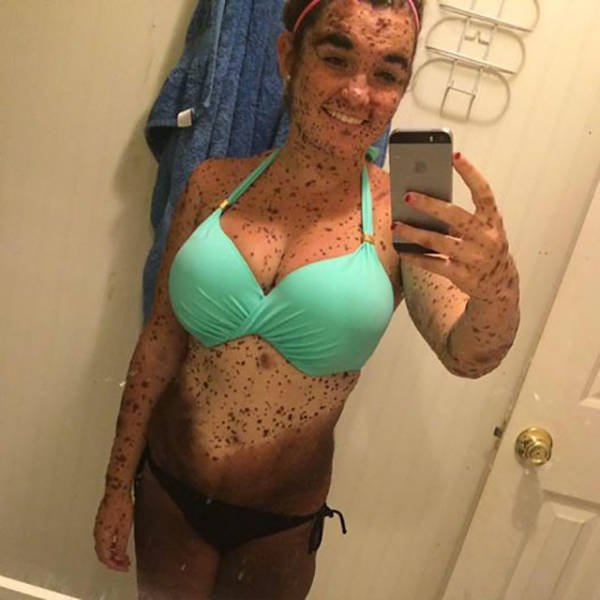 “One day I remember being on the school bus and hearing a young boy laugh at me and call me a spotty dog. That really knocked my confidence. I was only young and it made me feel different to the other kids, like something was wrong with me.” 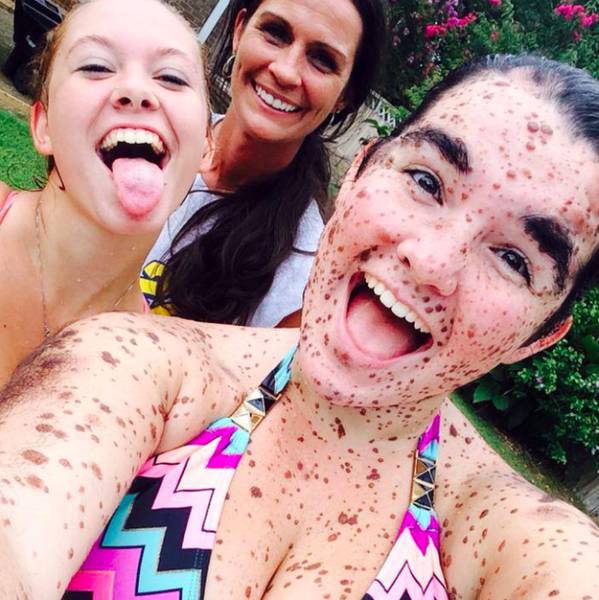 But now she’s older, Swaringen doesn’t let these comments bring her down. 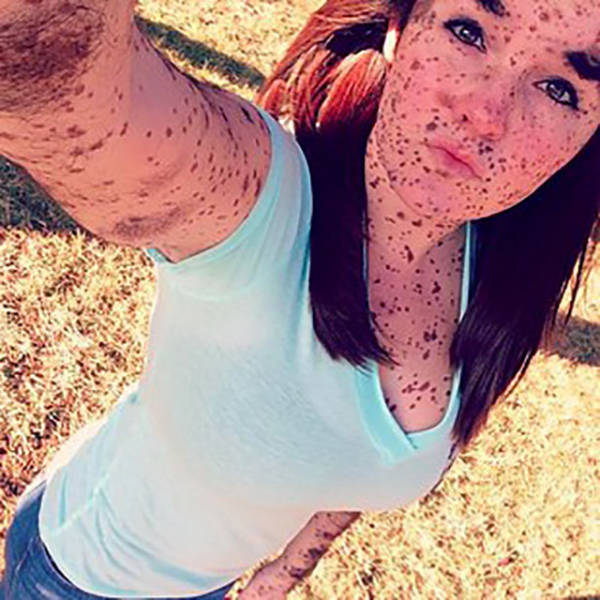 “I’m so proud to be different, and at the end of the day, we all have something about us that’s unusual, whether it’s on the inside or the outside.” 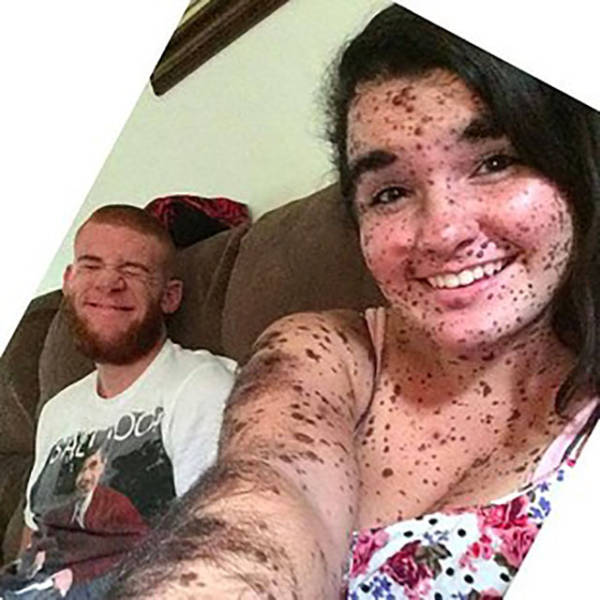 According to Swaringen these types of comments come form a place of ignorance.

“Over time I’ve learnt to brush off negative comments and remember that most people stare and say cruel things because they’re not used to seeing someone with my condition.”

She also credits her close family for building up her self-esteem: “I remember when I started school my mum told me that my birthmarks were angel kisses - and that really stuck with me.” 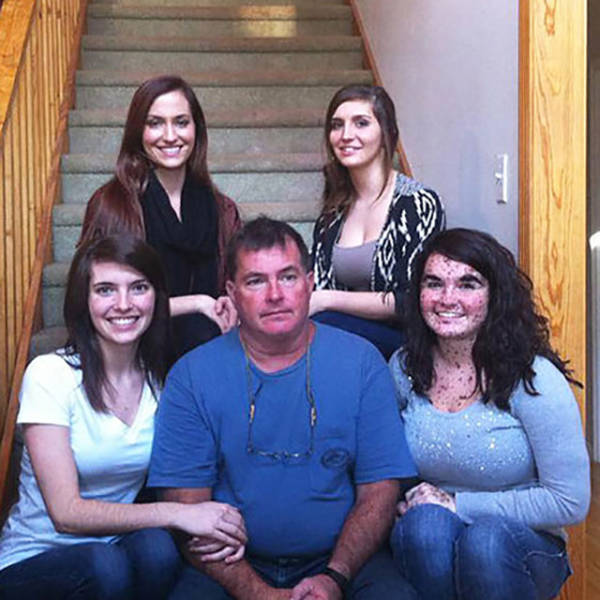 Earlier this year she chose to write about her condition for a school project. 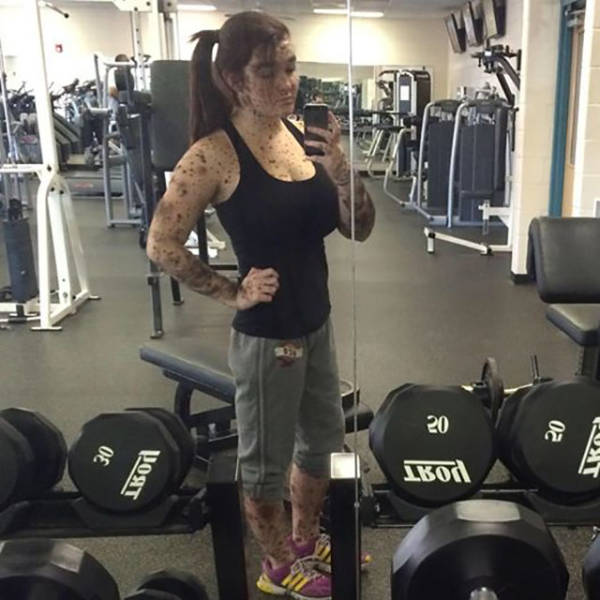 Whilst she researched her project she found online support groups for people with giant congenital melanocytic nevus, which made her realise she is not alone: “I’m hoping I will be able to attend a Nevus Outreach conference, so I can meet other people with my condition.”

buttman 4 year s ago
giving her a facial is like a game of connect the dots.
Reply
-1

Good for her.
Reply
0

Fnarget 4 year s ago
It's a deadwood reference, lighten up. :p
Reply