Paper money is actually extremely detailed and contains “microprints” that are not immediately visible to the naked eye. 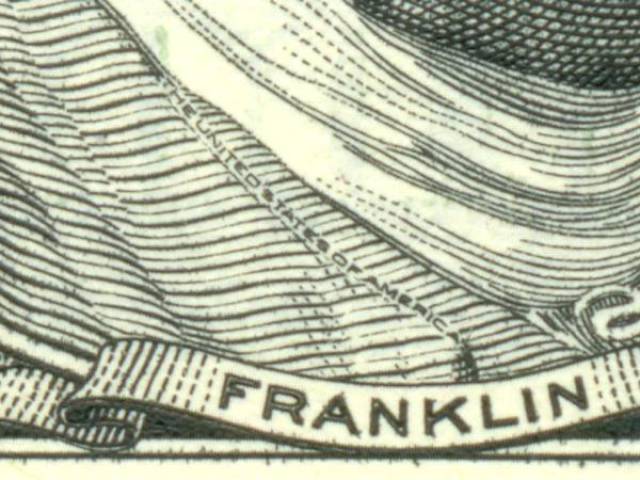 Along the left and right borders are the words "FIVE DOLLARS". 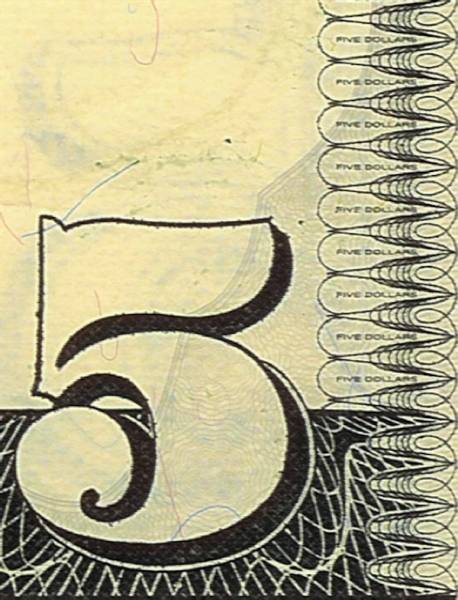 There's an "E PLURIBUS UNUM" at the top of the shield within the Great Seal and "USA" repeated in between the columns of the shield.

On the back, "USA FIVE" appears along one edge of the purple number five. 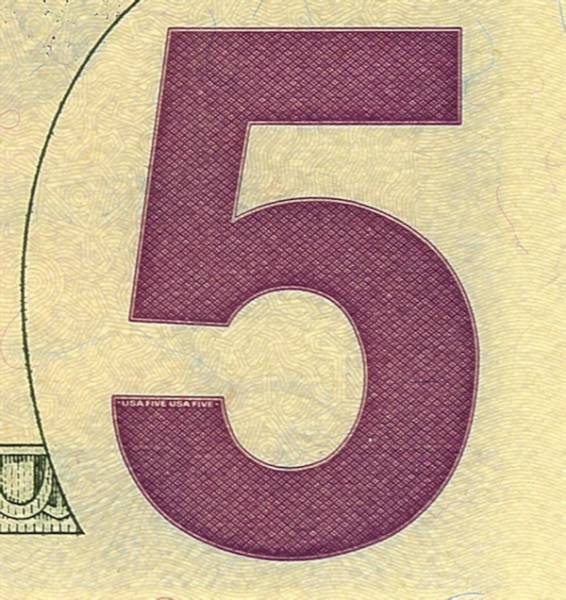 The actual Lincoln Memorial has state names engraved on it, which also appear on the back of the bill.

"THE UNITED STATES OF AMERICA" and "TEN DOLLARS" reside below the portrait...

... as well as inside the borders of the note. 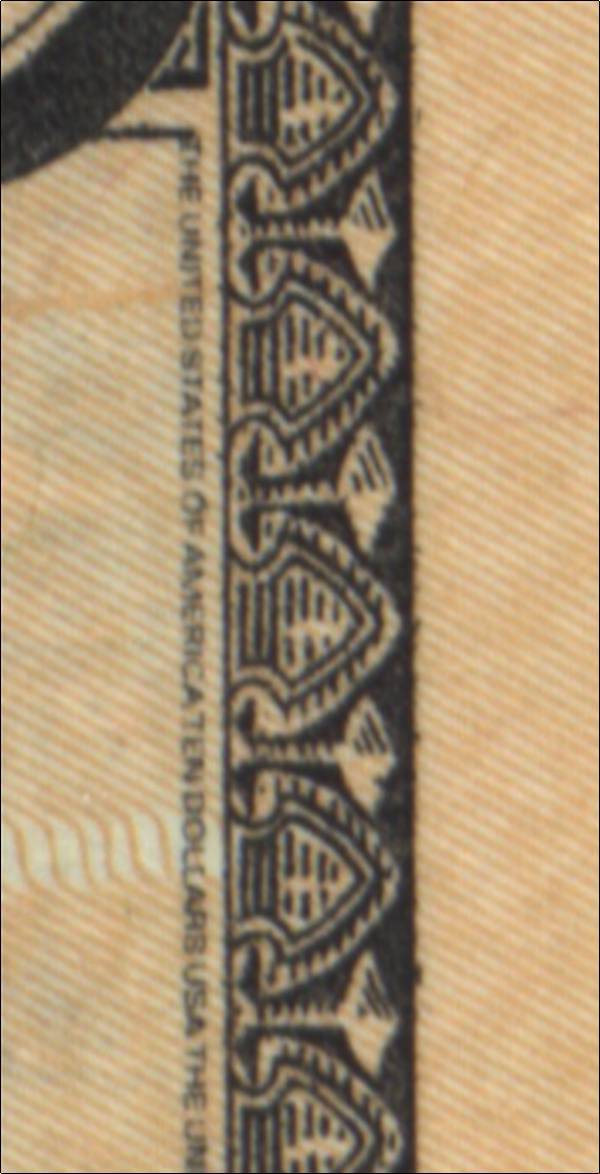 "USA 10" is repeated beneath the torch. 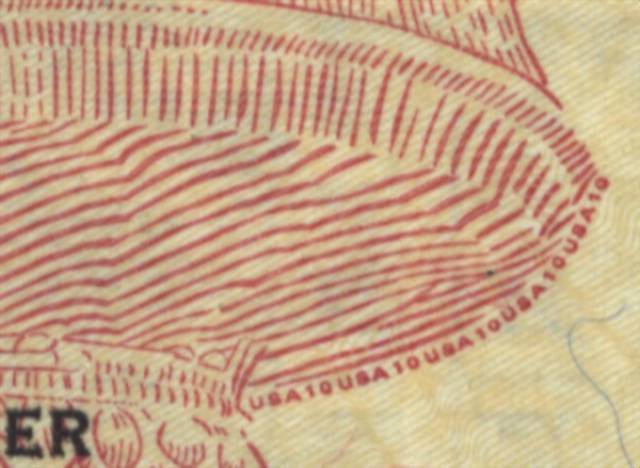 There's a "USA20" along the border of the first three letters of the blue "TWENTY USA" ribbon, to the right of Jackson's portrait. 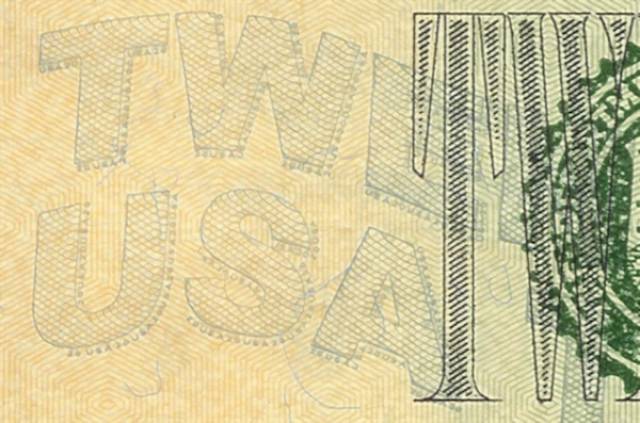 "THE UNITED STATES OF AMERICA 20 USA 20 USA" appears in black in the border below the Treasurer’s signature (there's also a "20" between the two and zero, and "USA" in the circle of the zero). 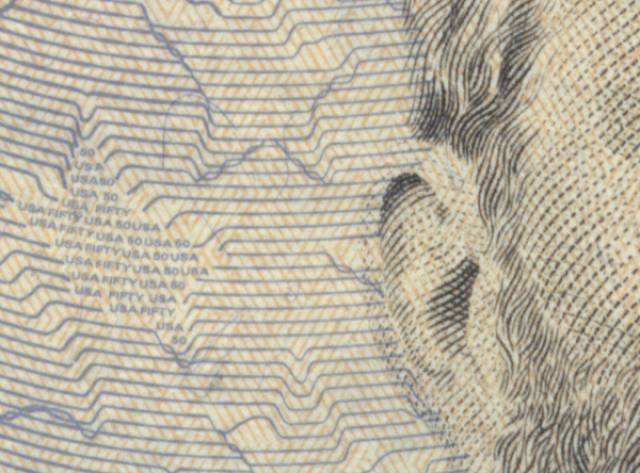 Along the border you will notice that “Fifty” is printed in between each of the small black loops.
12

In Grant’s collar, “THE UNITED STATES OF AMERICA” is hidden.
13 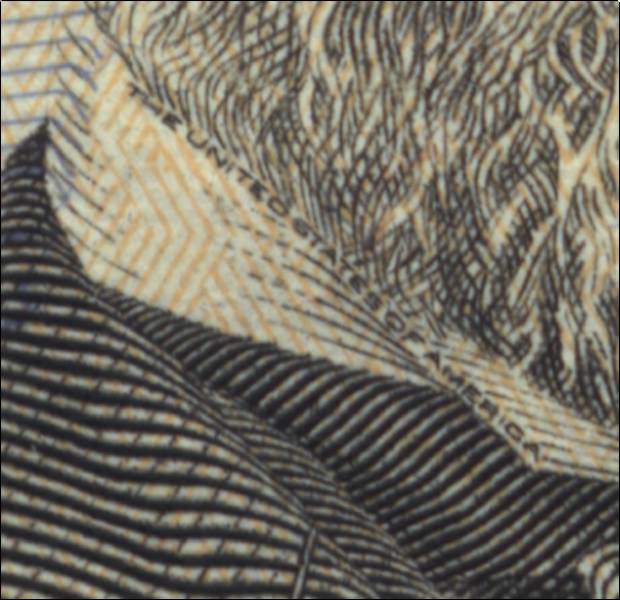 In order to protect the $100 bill from being counterfeited, high resolution images are hard to come by, But, there is plenty of stuff hidden on these bills as well.
14

“THE UNITED STATES OF AMERICA” can be found along Franklin’s collar, “100” is repeated all along the borders of the bill, and You can find “ONE HUNDRED USA” along the edge of the golden quill.