The Grey Lady of Hampton Court

Surveillance video caught this ghostly figure slamming doors at one of King Henry VIII's favorite hangout spots in 2003. Some say it's Henry's fifth wife Catherine Howard who was dragged out screaming after being accused of adultery.

The Ghost of Grandpas Past

This photo of an old lady was taken in 1997 by her granddaughter Denise Russell, who claims the man in the background was her Grandfather – only he died in 1984. 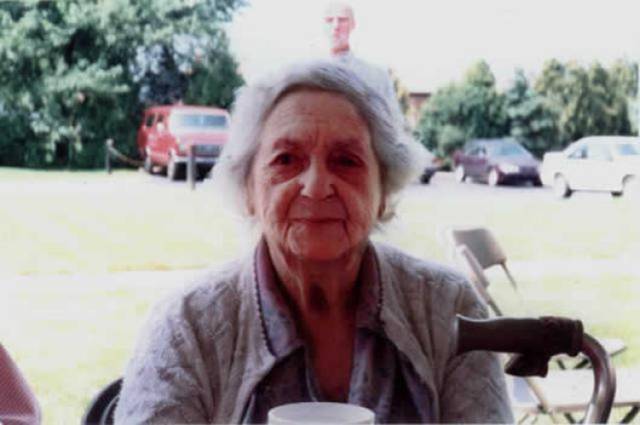 Not everyone realizes that the movie was inspired by real events that happened to a family on Long Island. This picture was discovered among evidence taken by actual demonologists who investigated the house in 1976. No children were present in the house at the time. 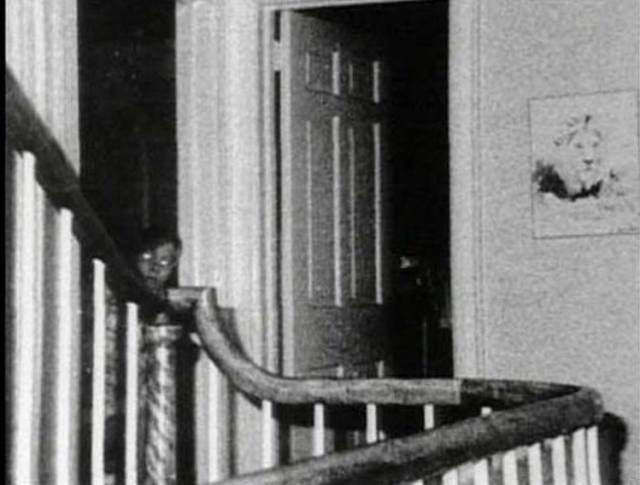 The Madonna of Bachelor's Grove

This lady was caught on camera at Bachelor’s Grove Cemetery in Illinois, considered to be one of the most haunted in the world. Twist: No one else was in the cemetery when it was snapped. 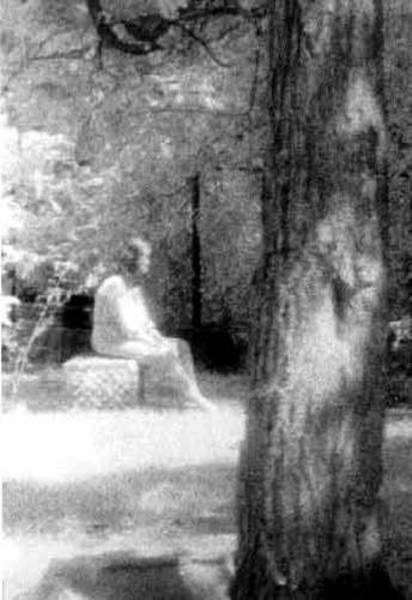 Lord of the Chair

In 1891, Lord Combermere was killed by a horse drawn carriage. While waiting to for the family to return from the funeral, the photographer snapped this photo of Combermere's favorite chair. Guess he didn't like his coffin... 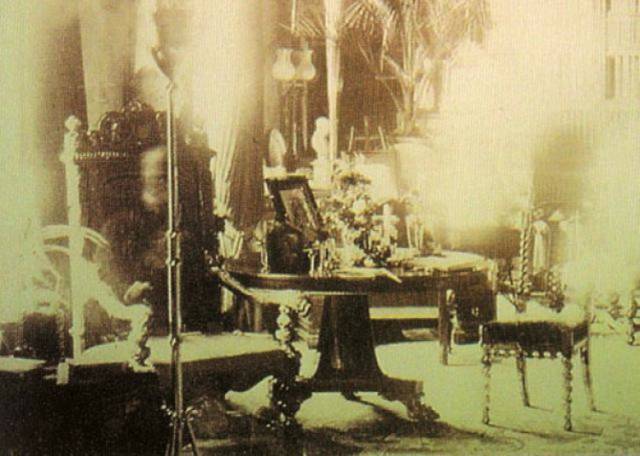 In 1995, Wem Town Hall in England caught fire. No one was inside, but snapshots revealed the image of a young girl believed to be Jane Churm who, in 1677, accidentally started a fire that destroyed many homes in the town. 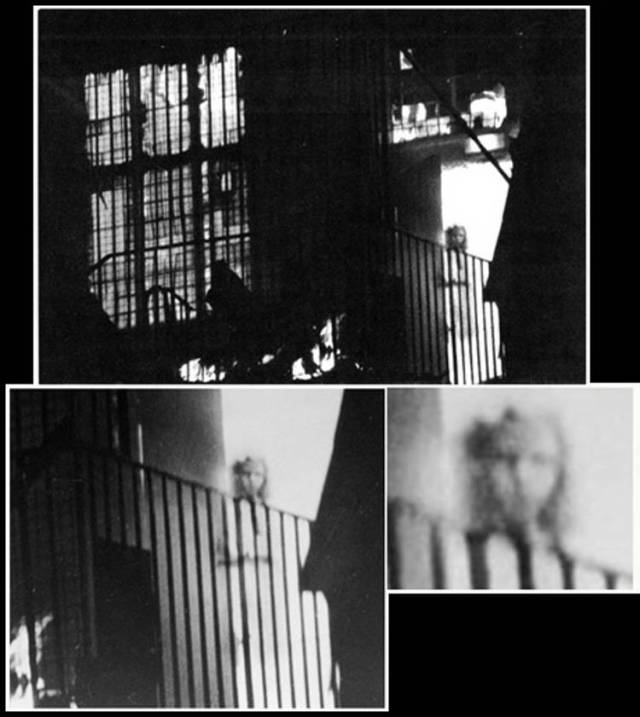 In the 1800s, Tennessee farmer John Bell found himself at the mercy of what many said was the ghost of Kate Batts, an executed witch. The harassment began with noises in the walls and grew to include people being slapped and pinched, objects being thrown, and animals being spooked without visible cause. 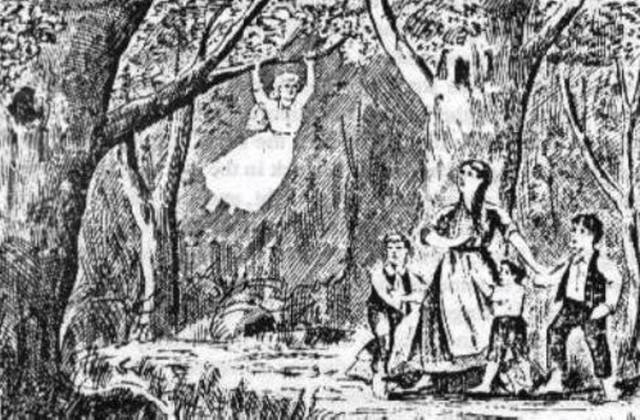 Guests have said Flora, an artist who died in this Colorado hotel long ago, returns to play the piano every now and then, and she's just one of many spotted there. No wonder it inspired Stephen King to write The Shining. 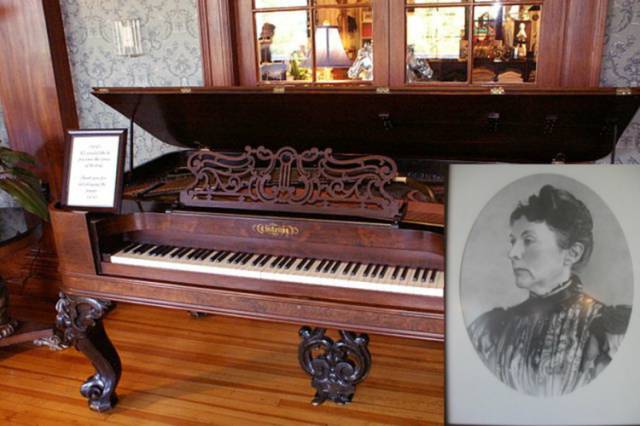 In 1966, Rev. Ralph Hardy snapped this photo of the "Tulip Staircase" at the National Maritime Museum in Greenwich, England. When developed, the photo revealed a figure climbing the stairs. Experts, including some from Kodak, who examined the original negative concluded that it had not been tampered with. 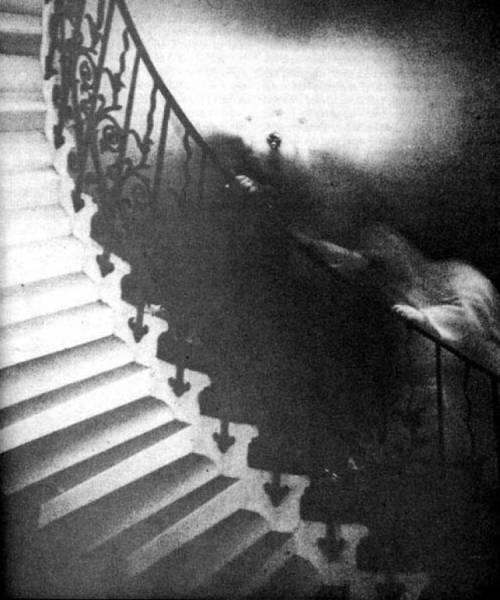 The Ghost of Boothill Graveyard

In 1996, Terry Ike Clanton took this photo of his friend dressed as a cowboy in a famous Arizona graveyard. He was shocked to see a man standing among the gravestones in the finished picture. "I know there was no other person in this photograph when I shot it," Clanton insists. 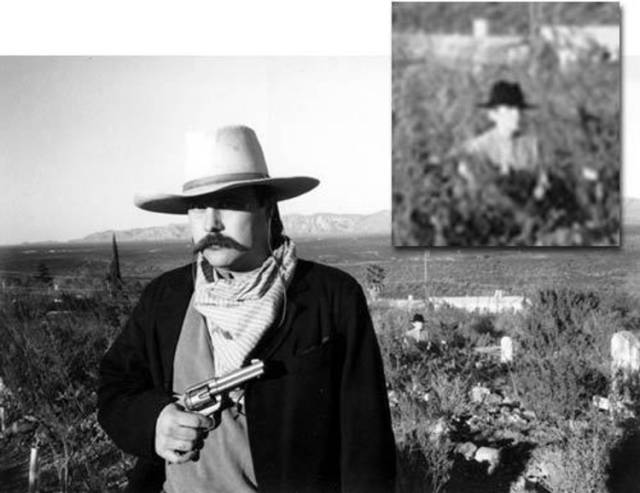 Child at the Railroad Crossing

Years ago, several children were killed at this railroad crossing in San Antonio, Texas. Locals say their ghosts linger at the spot and will push idled cars across the tracks, even though the path is uphill. 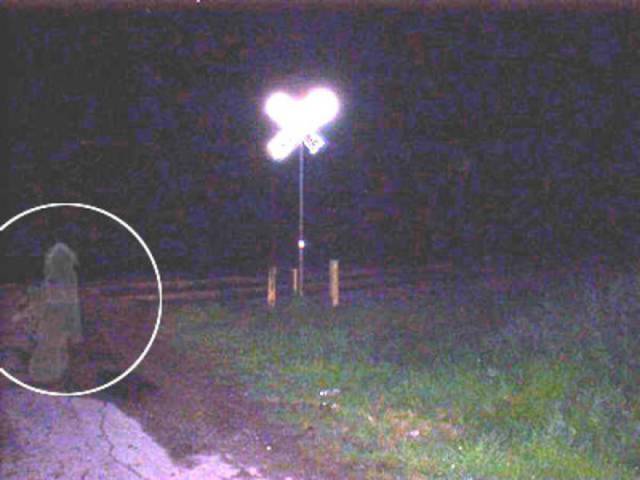 After taking some scenic shots at a farm Hertfordshire, England, Neil Sandbach was astonished to see a strange, childish figure peeking around a corner. Later, he asked farm staff if they'd ever seen anything spooky. Without prompting, they admitted to seeing a young boy, dressed in white night clothes, on several occasions around the barn. 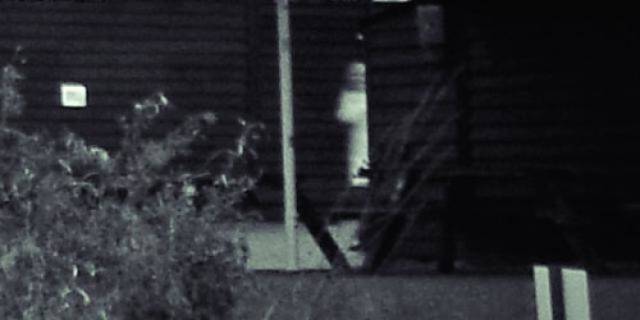 The Brown Lady of Raynham Court

In the 18th century, Lady Dorothy Townshend was locked away when her husband found out she was having an affair. She died under mysterious circumstances in 1726 and sightings of a female figure on the stairs began shortly after. 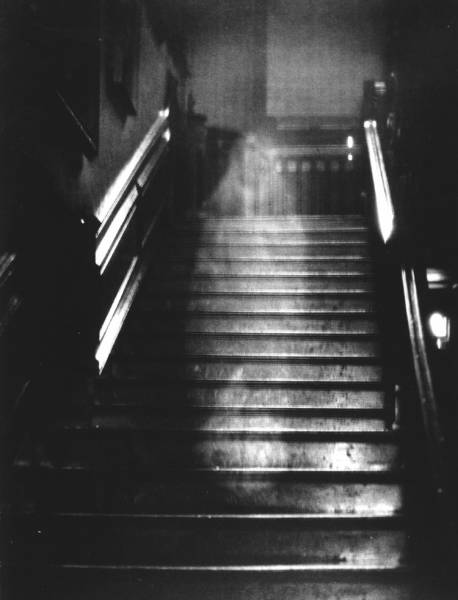 Bongfuhrer 5 year s ago
And people believe this crap??
Reply
0