Although this looked like an ordinary cupboard, when this dude dug a little deeper he found some fascinating artifacts left over from the civil war. 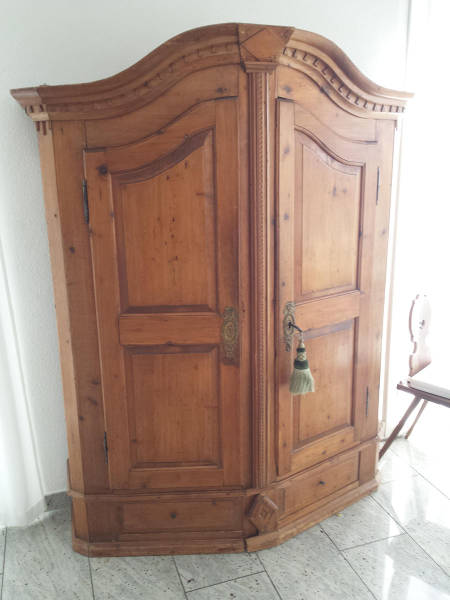 At fist glance, everything seems normal. 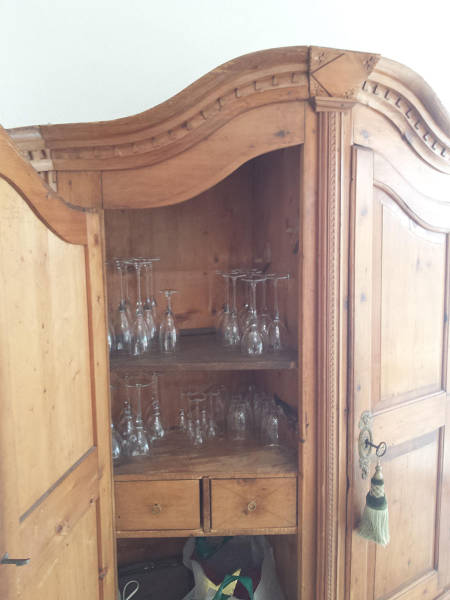 But, when looking at the drawers, it seems strange that the middle divider isn’t connected on top or bottom. 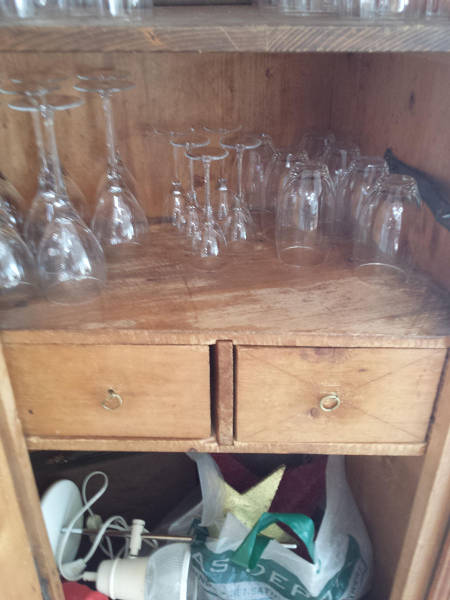 So, he pulled the drawers out. 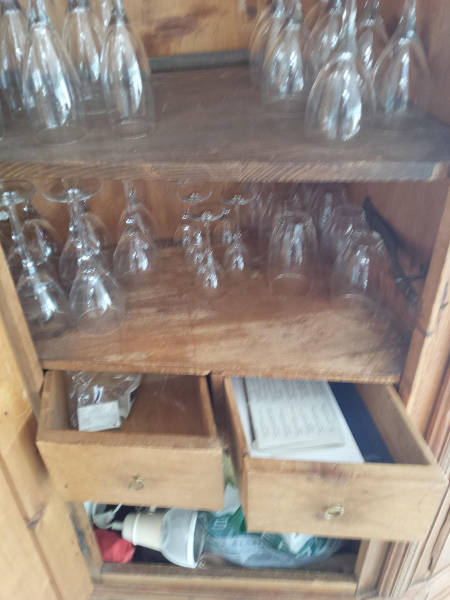 Then he pulled on the middle divider. 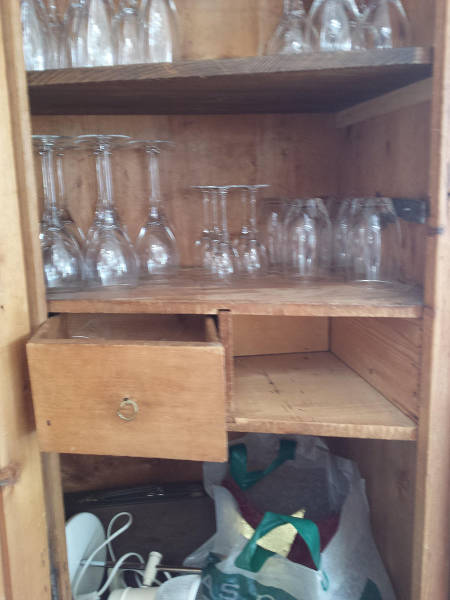 To his surprise, there was a secret compartment hiding behind the drawers. 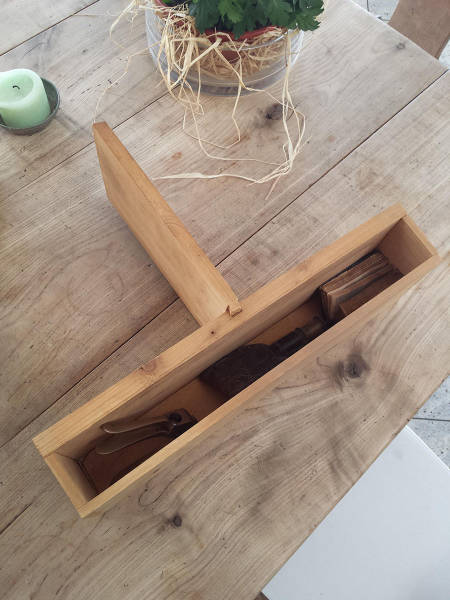 The first item that he pulled out was this metal device. After doing a bit of research, it appears to be a shotgun reloading device from the mid 1800s.
8 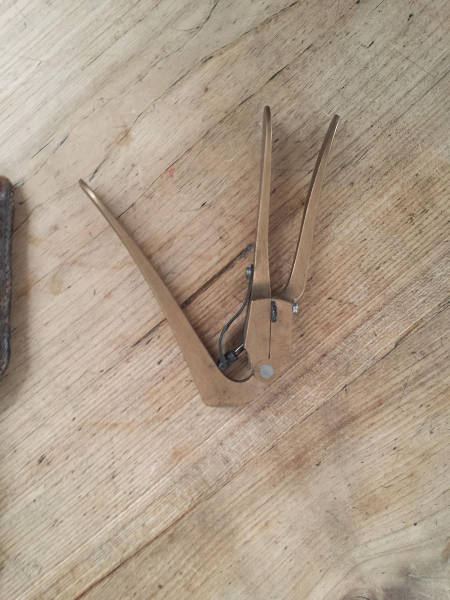 The next item found was a pouch of pellets, most likely lead, used as ammunition. 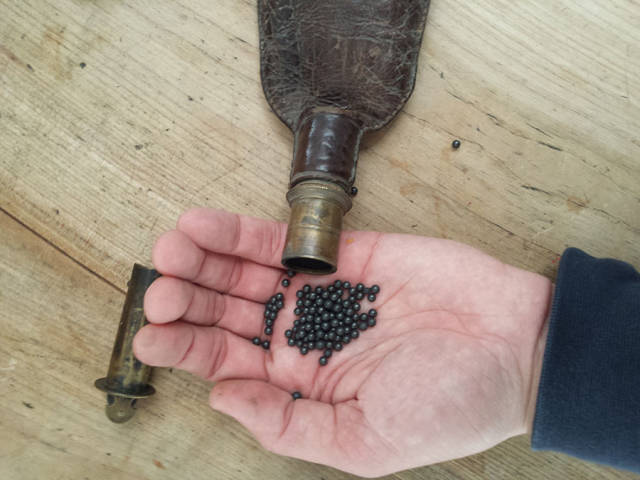 The final item was this black book. 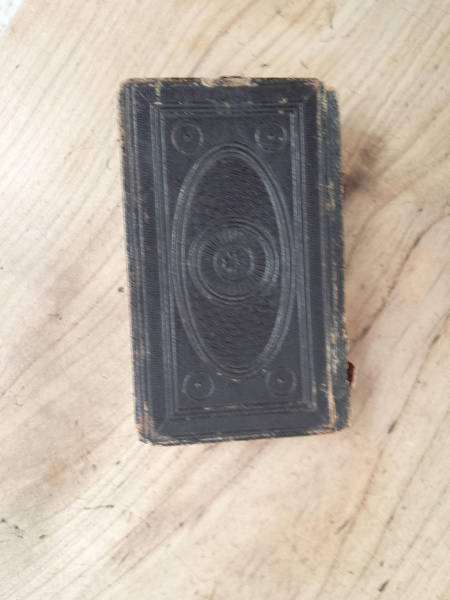 Upon opening, the front page reads, Carlsbad 1859. That is two years before the Civil War. The combination of the three items leads to the belief that this secret stash is directly linked to the Civil War in some way. 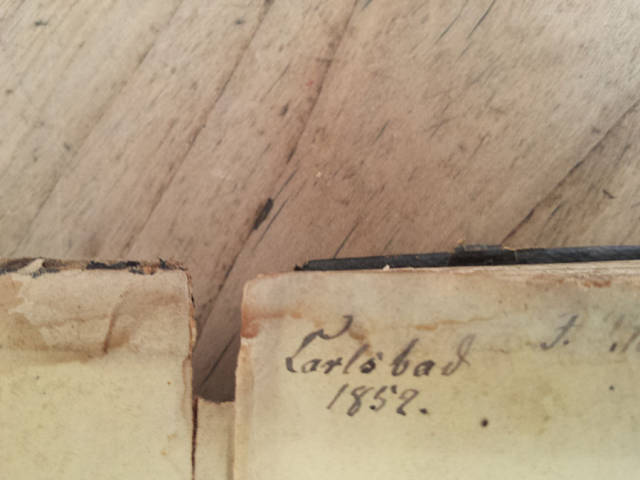 The book in fact is a bible. Many collectors would pay a pretty penny for a bible this old that is in such good condition. 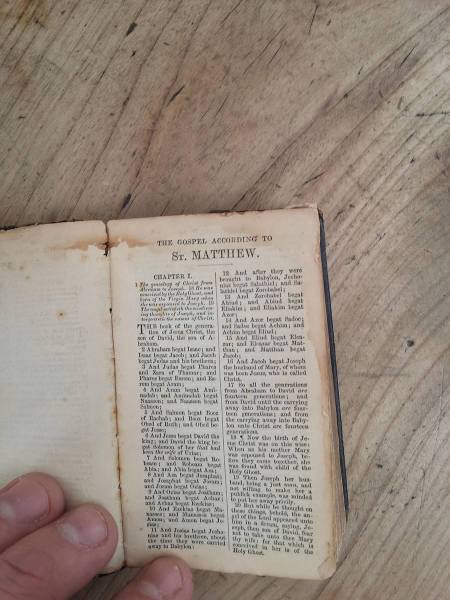 All three items are shown here. While it may not seem like much, there’s got to be an interesting story behind it. So, I did some research to see about why these items were stashed in a secret compartment. 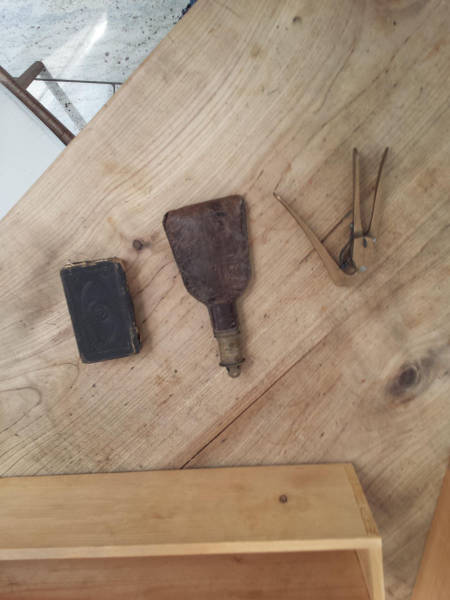 The fact that Carlsbad was written on the first page of the bible is a big clue. This likely means that the owner was from Carlsbad, NM as residents of Carlsbad fought for both sides in the Civil War. The owner of the bible likely carried it with him during the war as many soldiers did.

As for why the items were stashed, there could be several options. Maybe the owner kept these items from the war and wanted to make sure they were kept in safe keeping as gun control ramped up dramatically in the west after the Civil War. Maybe this was a secret stash for emergencies. Hell, this stash could have even been used for hunting. Regardless, it’s very cool to see that this slice of history was passed down for many generations. These types of historic items are also worth a lot when shown to the right collectors. So, if anything, this guy could maybe get away with some cash at the very least. 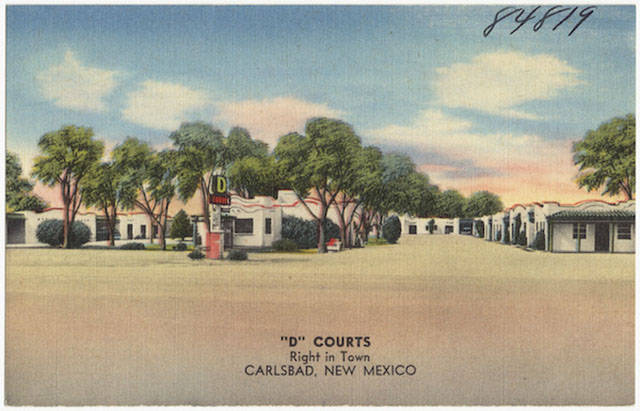