Michael Richards won several Emmys for portraying Kramer on Seinfeld. During a stand-up performance on November 17, 2006, Richards was filmed screaming the n-word and lynching references at a group of hecklers. He later apologized during an interview on The Late Show with David Letterman.
1 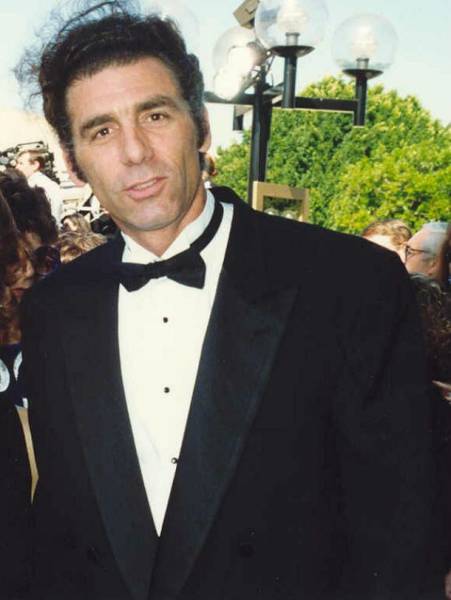 Jim Bakker was a famous minister with the Assemblies of God and a televangelist on The PLT Club. However, Bakker was discovered conning his parishioners out of millions by selling “lifetime memberships” that included access to a luxury hotel he was building. Although thousands of memberships were sold, only one five hundred-room hotel was ever built. Additionally, Bakker paid $279,000 in hush money to a female employee after she accused him and another minister of rape.
2 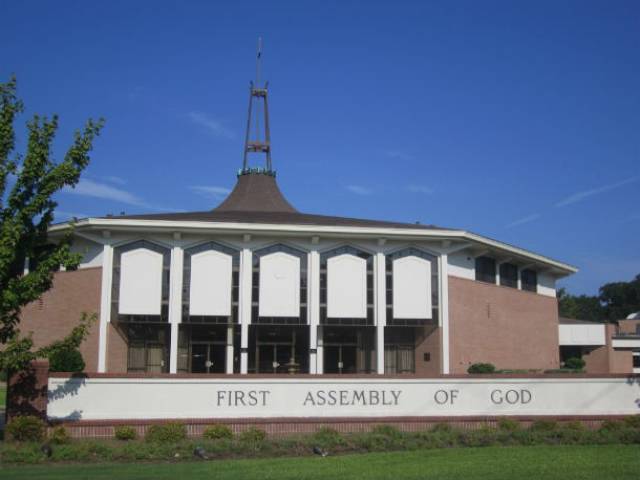 The decorated actress received a fat paycheck for honoring with her presence the birthday party of Chechen leader Ramzan Kadyrov, who has been accused of political violence and violating human rights. Swank apologized by pleading ignorance about his reputation, even though a human rights group stated that they had warned her team about him weeks before her visit.
3 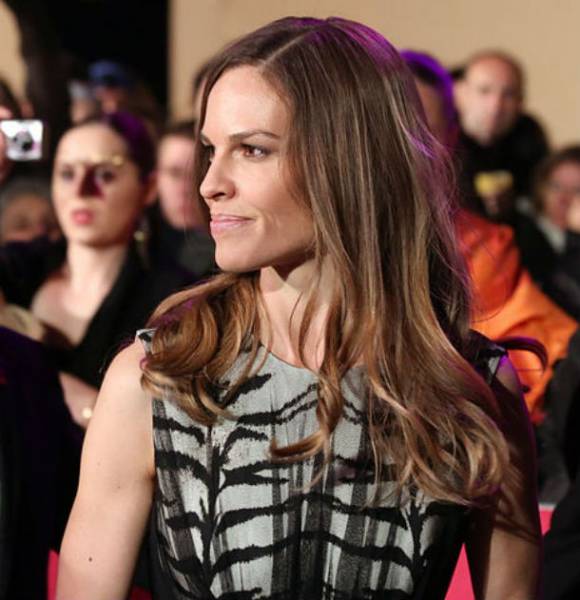 Dominique Strauss-Kahn, the former managing director of the International Monetary Fund, one of the most powerful men in relation to the global economy, and father of four daughters, was arrested in New York for sexual assault and attempted rape of a hotel maid, Nafissatou Diallo, at the Sofitel New York Hotel on May 14, 2011. The charges were dismissed at the request of the prosecution, which pointed to serious flaws in Diallo’s credibility and inconclusive physical evidence, but Strauss-Kahn’s credibility and career were damaged for good.
4 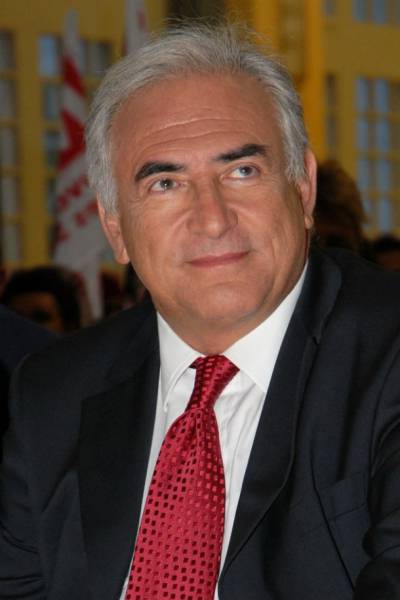 Once one of the highest-earning and most prolific actors of the last thirty years, Mel Gibson hit rock bottom in both his professional career and personal life awhile back. After making reprehensible racist comments about blacks, Jews, and gays, he took it a step further by abusing his then girlfriend and mother of his child, Oksana Grigorieva.
5 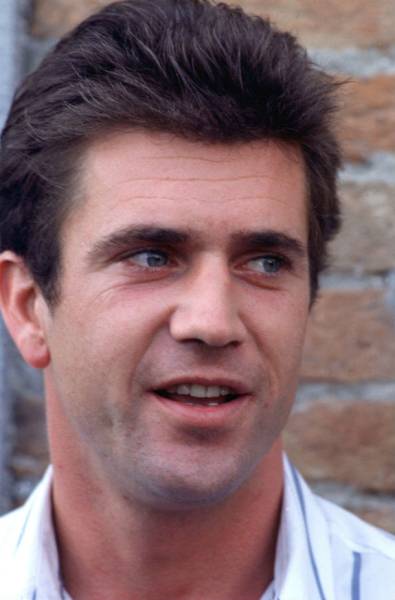 During the 2008 presidential campaign, rumors surfaced that Senator John Edwards had been having an affair for years and fathered a child with a campaign staffer while his wife publicly battled breast cancer. During a 2008 interview he admitted to having an affair but denied being the child’s father. In 2010 he admitted to being the father and was indicted in 2011 for using campaign funds to cover up the affair.
6 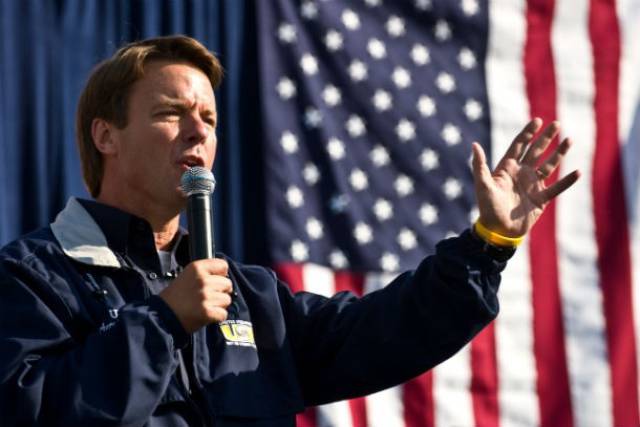 Having gone from being good, clean, and moral to totally dirty, sexed up, and provocative, Miley Cyrus has been a huge disappointment to all the mothers and daughters who once saw her as a role model in Hannah Montana.
7 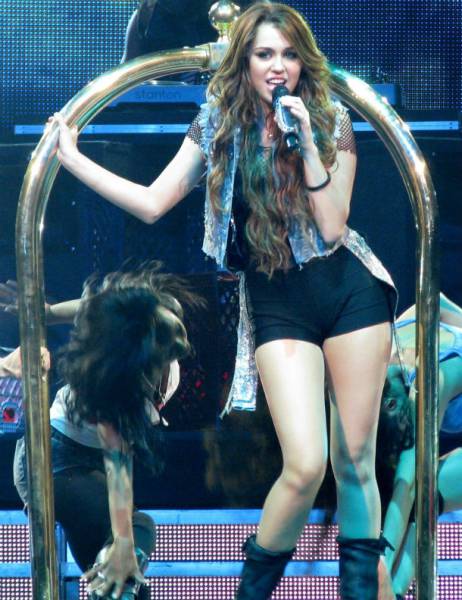 Reese Witherspoon had been the last remaining America’s Sweetheart (after the fall of Britney Spears and Miley Cyrus more recently) but that changed after a video surfaced of the actress challenging a police officer who had pulled her and her husband over on suspicion of driving under the influence. What made things even worse is that she even tried the “Don’t you know who I am?” card. She was arrested anyways.
8 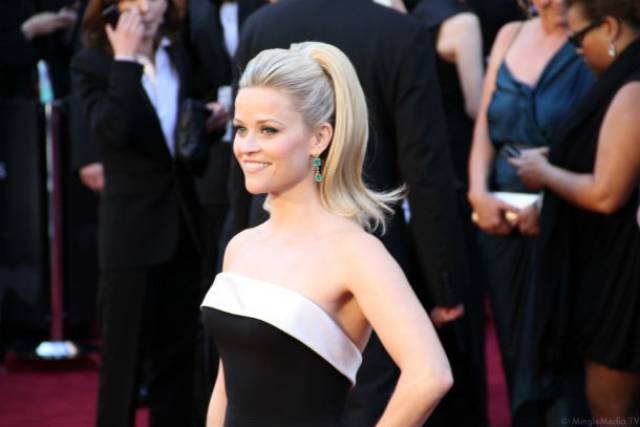 Tiger Woods used to be a sports icon and what appeared to be a true family man. However, he turned out to be an adulterer who didn’t respect his wife and ruined his family over his sex addiction and lies.
9 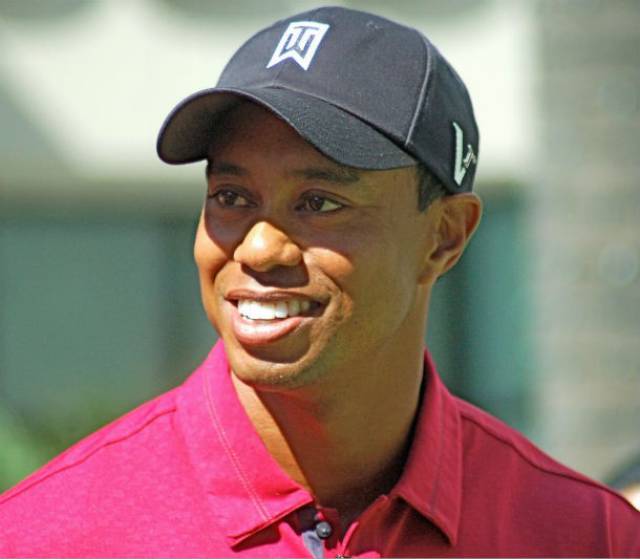 After being exposed to an Ebola-affected area while filming a news segment for NBC, Dr. Nancy Snyderman violated the twenty-one-day-period quarantine and made a secret run to a New Jersey restaurant, putting other people at risk of catching the deadly virus just because she felt like dining out.
10 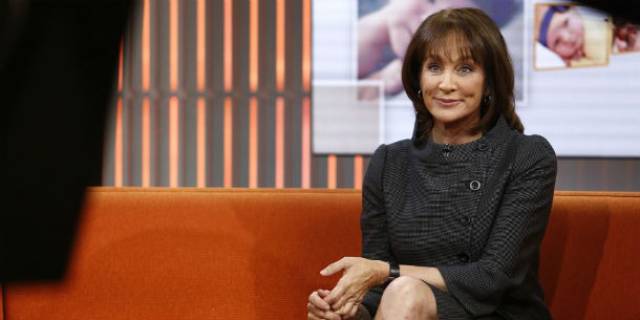 If you asked MMA fans a year ago who’s the greatest MMA fighter of all time the name Anderson Silva would most likely pop up alongside that of Fedor Emelianenko and Georges St-Pierre. However, this past January, Silva failed drug tests after his fight with Nick Diaz and the worst part is that he kept lying about it until the second sample verified the illegal substances in his blood. Ironically, Silva was one of those athletes who kept criticizing cheaters and people who use steroids while doing exactly what he was preaching against. His legacy was greatly damaged and he was banned for one year.
11 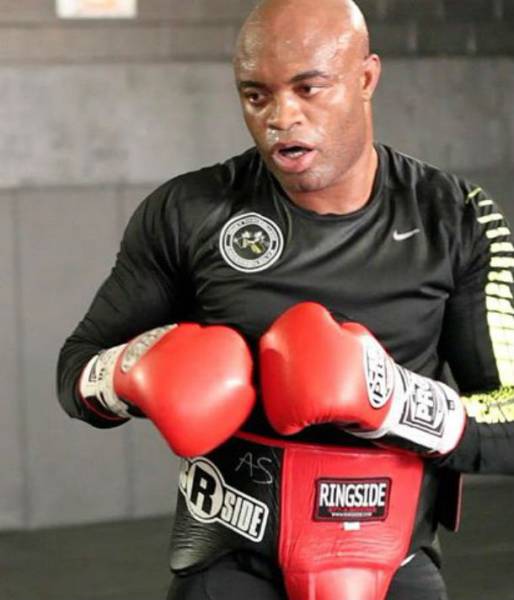 Williams, who anchored NBC Nightly News until he received a six-month suspension earlier this year, went from being the twenty-third most-trusted person in America to the 835th. Apparently, he lied about many stories over the past twelve years, exaggerating his role in the Iraq invasion of 2003. Most recently, he said he was traveling in a helicopter that was hit by a rocket-propelled grenade, but after a veteran involved in the event questioned his story, Williams admitted he was actually riding in another helicopter that was about thirty minutes behind the one that was hit.
12 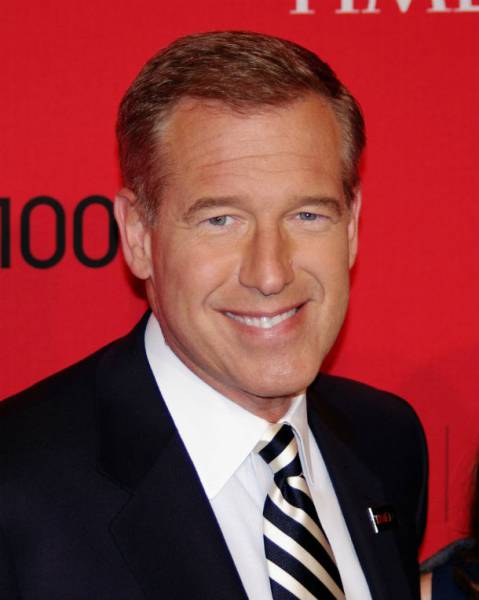 We can forgive Nicki for having lots of plastic surgery; we can forgive her for lacking any serious musical talent, but saying “F%$# you” to the legendary Steven Tyler on social media and accusing him of being racist just because he criticized her as a judge on American Idol is utterly unacceptable. Other than the plain disrespect of a legend who’s thirty-five years older than her, didn’t she know that Tyler was responsible, in part, for helping rap and hip-hop enter the mainstream when he teamed up with Run DMC (“Walk This Way”) back in the 1980s?
13 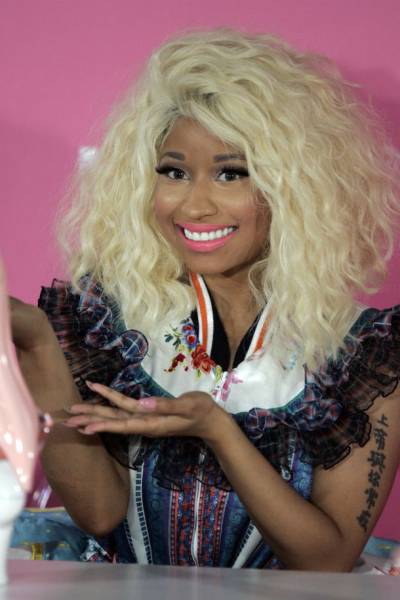 Steve Martin tweeted a joke that wasn’t funny and offended both African and Italian-Americans in the process (which he later deleted). He then offered his “deep, sincere, and humble apology,” but also went on to clarify the context and origin of the joke which made us think that he wasn’t all that sorry after all.
14 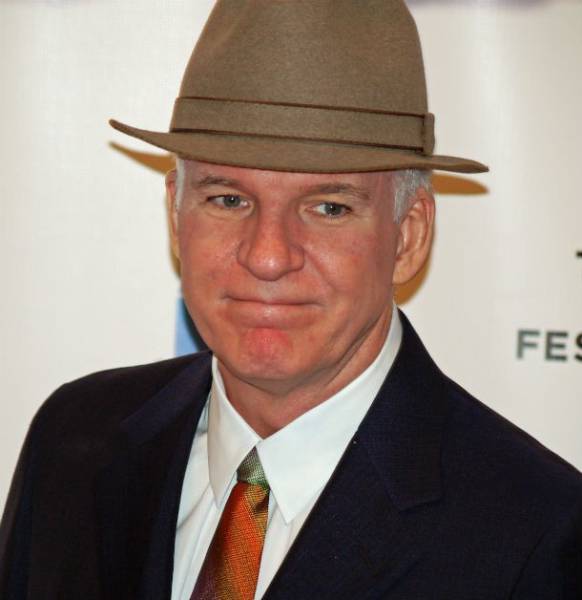 After putting a Cash Money Records (her record label) employee in the hospital because she thought the woman was sleeping with her boyfriend (rapper and producer Birdman), she thought the best way to make it up to him would be to dry hump a piano. And no, that wasn’t a typo.
15 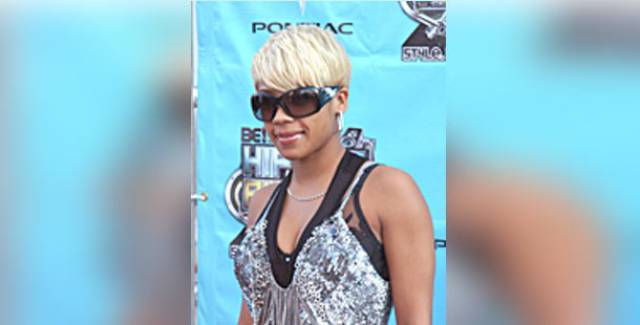 Instead of making headlines for her career, the fashion designer and actress Amanda Bynes continues to run into one legal mess after another. In 2013 she was arrested for several DUIs. She has also been arrested for marijuana possession and starting a fire near a stranger’s house. Because of this and other erratic behavior, Bynes was placed under psychiatric evaluation.
16 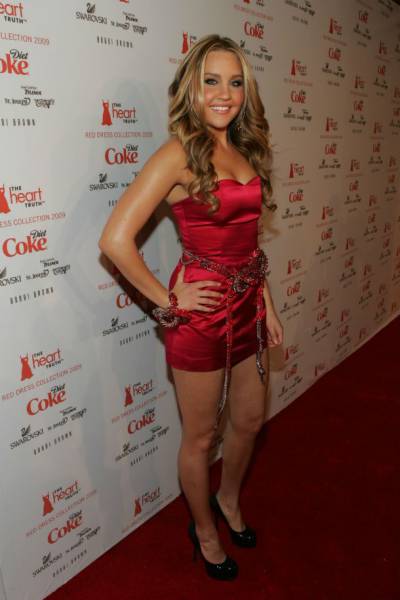 It’s really hard to imagine him being a racist but the fact is that Hogan, arguably the most well-known and likable professional wrestler of all time, recently made some inappropriate, racial statements.
17 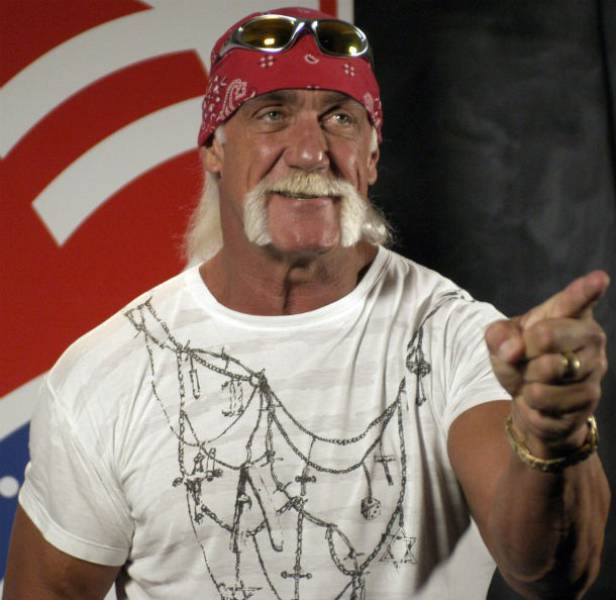 Robin Thicke watched his musical career skyrocket as his single “Blurred Lines” sold millions; at the same time he had a gorgeous wife (Paula Patton) and a son waiting for him at home but none of this was enough for him apparently. He cheated on his wife, whom he had been with since junior high, and now that he has lost her he keeps begging her to come back without success.
18 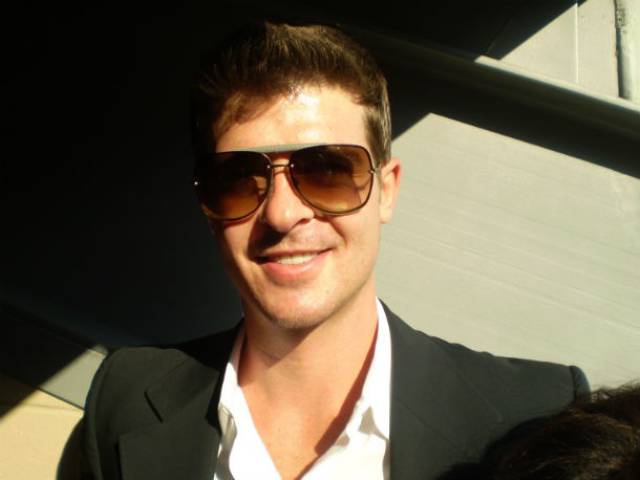 Martin Shkreli became America’s most hated man even though most of us had never heard of him before. The 32-year-old chief executive of Turing Pharmaceuticals acquired the rights to Daraprim. Developed in the 1950s, this drug is the best treatment for a relatively rare parasitic infection called toxoplasmosis. He then raised the price overnight to $750 a pill from about $13.50.
19 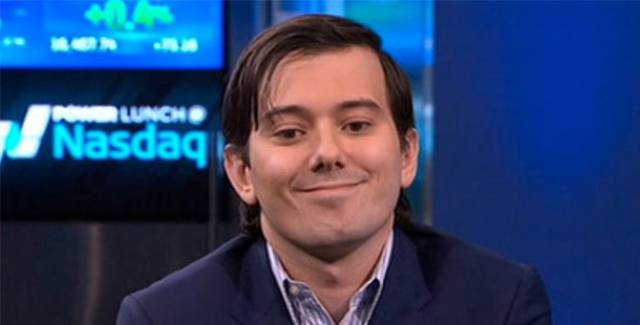 Adrian Peterson’s fall from grace has been a harsh reality for him. After abusing and beating his son viciously with a switch that resulted in welts and bleeding, there were also reports of salacious partying with hookers and misuse of funds in connection with his charitable foundation.
20 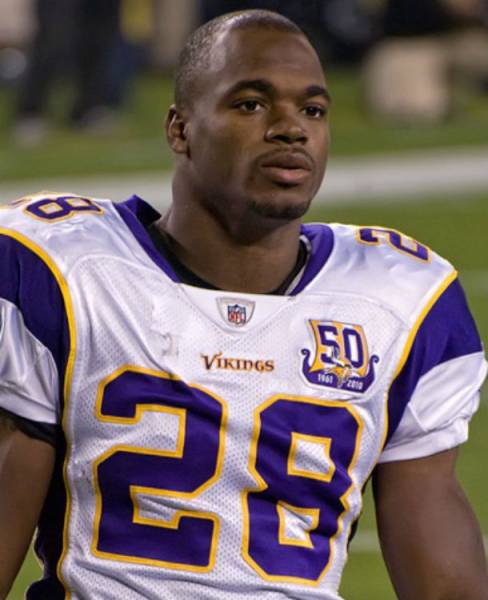 We wish it were a bad joke but after portraying Reverend Eric Camden, the perfect family man, on the popular ’90s TV show 7th Heaven, Collins was recently exposed as a real-life child molester. He shocked the world last December when he admitted during an interview with People that he had “inappropriate sexual conduct with three female minors” in 1973, 1982, and 1994.
21 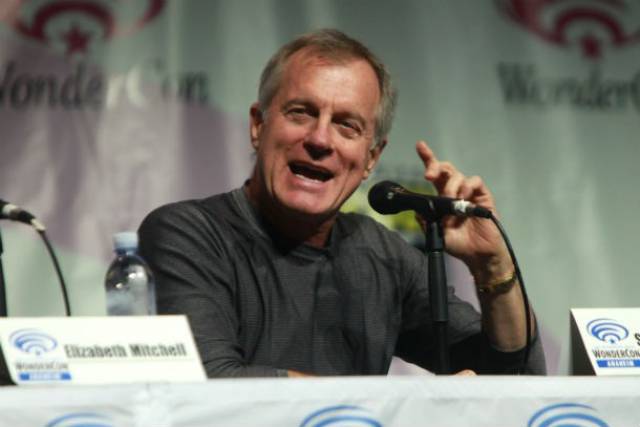 The most successful and famous Paralympian in history became a role model and source of inspiration for millions around the world when he competed against athletes without disabilities at 2012 Olympics. Only two years later, the Blade Runner would be convicted of culpable homicide in the murder of his girlfriend.
22 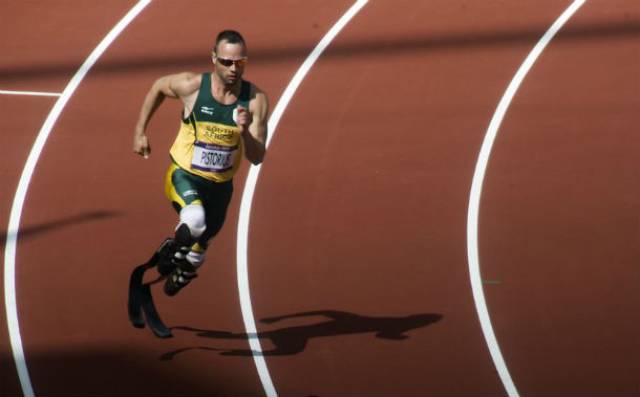 Long before weight loss was reality TV, an obese Indiana University student trimmed down by making Subway sandwiches the staple of his diet. This man was Jared Fogle. Once an inspiration to millions he has become a criminal of the lowest kind after pleading guilty to child pornography charges and having sex with minors.
23 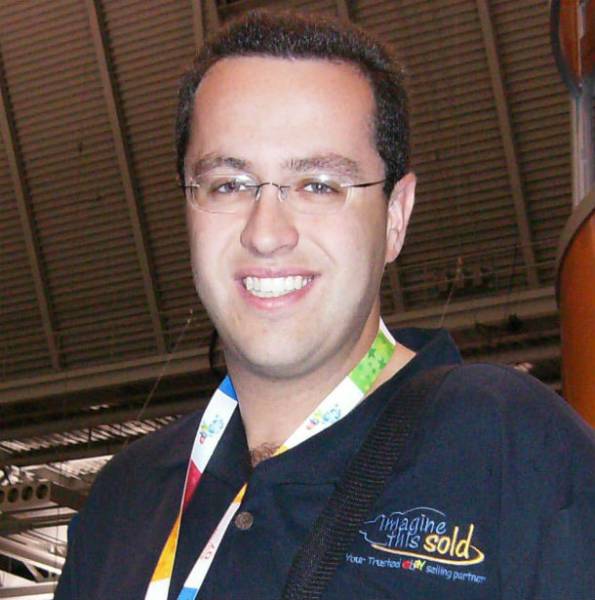 Cosby has been the subject of sexual assault allegations since about the mid 2000’s. Numerous women, including celebrities, have accused him of assault and rape, with the earliest alleged incidents occurring in the mid-1960s and with many claiming to have been victims of drug-facilitated assault. Even though the former role model and ideal image of the family man has denied the allegations, his legacy has been damaged for good, and we don’t think it will ever be salvaged.
24 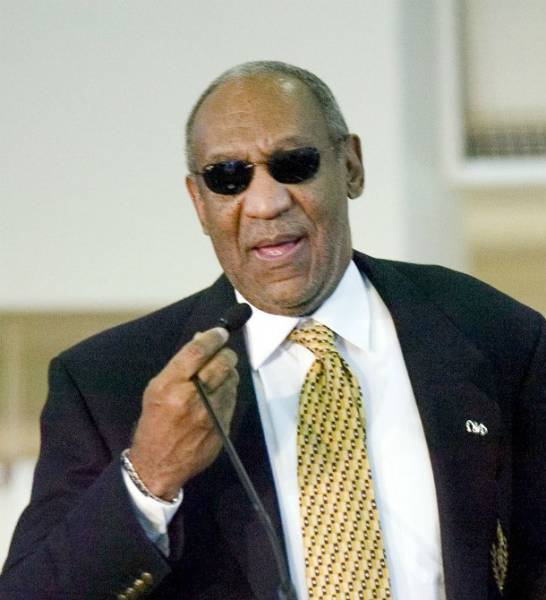 Josh Duggar, an American television personality, political activist, and former executive director of FRC Action, a nonprofit lobbying PAC affiliated with and sponsored by the Family Research Council, became known for his appearances on the reality TV show 19 Kids and Counting. He became particularly popular with the audience for due to his likable and pleasant personality. All this changed, however, when he was exposed for molesting five girls when he was fourteen and fifteen, including four of his sisters!
25 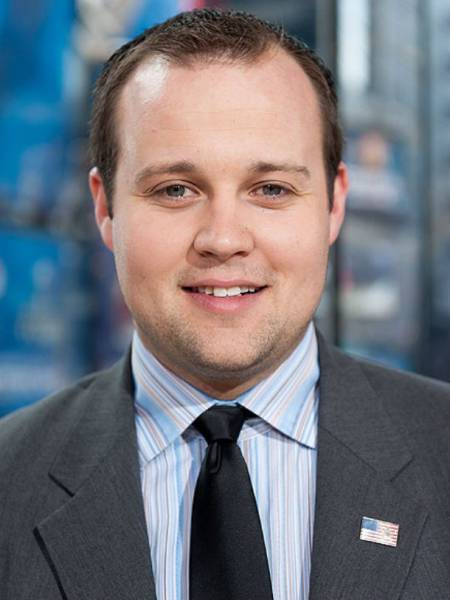 Glasofruix 5 year s ago
#4 He was the best candidate for presidency, that "scandal" is was not a coincidence.
Reply
0

ZombieDarwin 5 year s ago
Dominique Strauss-Kahn ran for president, but his sex scandal happened about 5 years after he was defeated. Maybe you are confused?
Reply
-2

Bongfuhrer 5 year s ago
Where are the Bush'es and Donald Trump pics..?
Reply
4

ZombieDarwin 5 year s ago
#13 F*ck Steven Tyler. His collaboration with the Runs DMC is the reason why rock 'n roll is in such a miserable state. F*ck him. He's a legend in his own mind, nothing more. If I could poop on every Aerosmith record, I would. More power to Nicki Minaj. Let her tell it like she sees it. This is one head-banger who supports her. F*ck Steven Tyler.
Reply
X
>
1/1
<