In Orlando, Florida, one developer built new houses over a bombing range. This means that years later, homeowners are still finding bombs buried in their backyards. 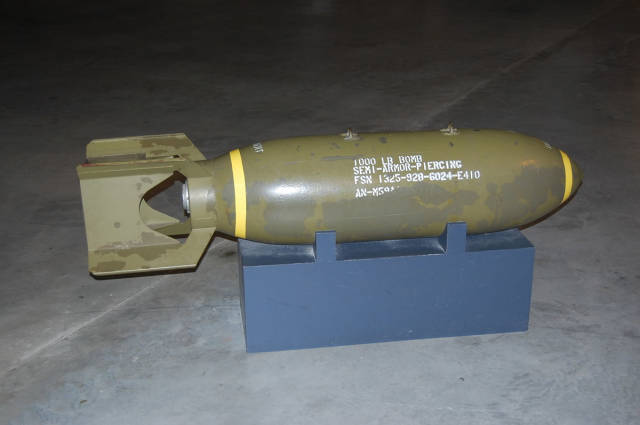 While doing a landscaping project, a women in the UK found an old stove that someone had buried. 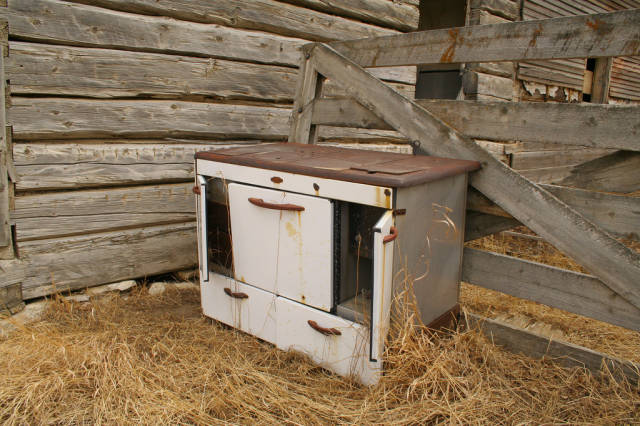 An Austrian man was attempting to expand his pool when he found treasure estimated to be about 650 years old. It included 200 rings, brooches, belt buckles, and other fossilized items. 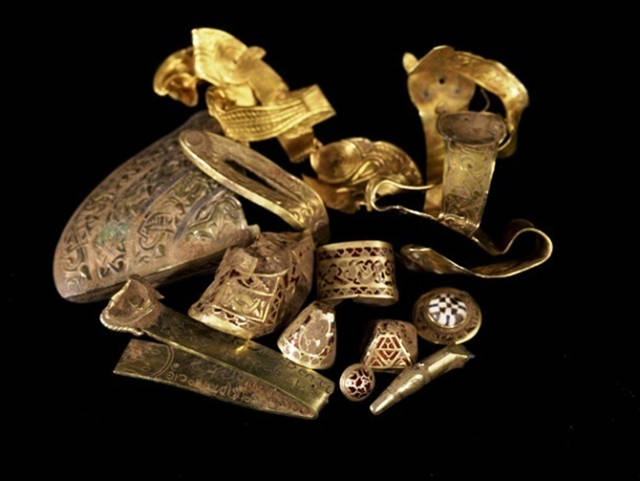 A man in the Czech Republic was laying some pipe in his back garden when he noticed metal sticking out of the ground. After some excavation work, he unearthed two 400 year old church bells, previously stolen from nearby churches. 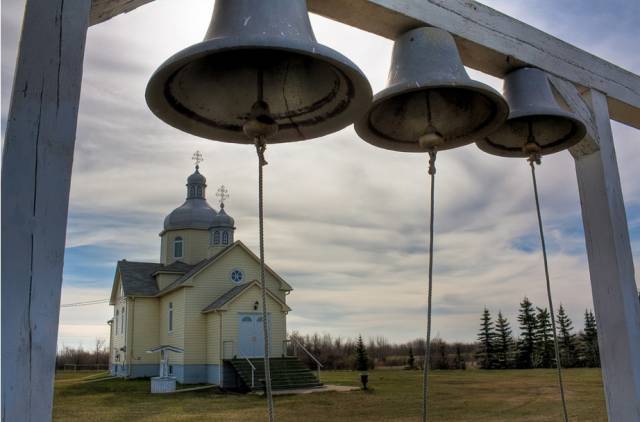 A man in Illinois was just picking vegetables in his garden when he noticed a nylon bag sticking out of the ground. He investigated further, then found $150k in cash stored in the bag. 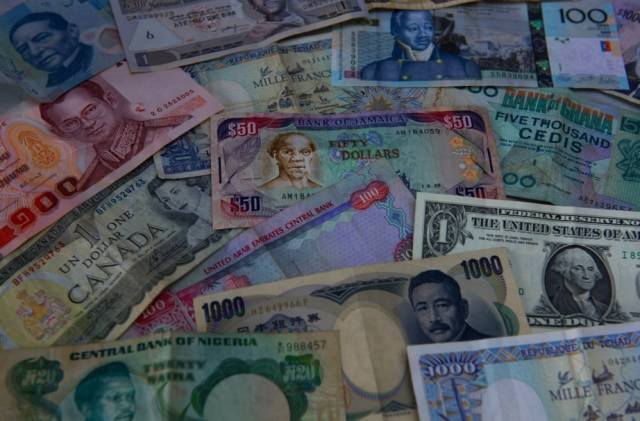 While digging a new fish pond, a man dug up a used cannon ball. A little bit of research showed him that the ball was used in the Battle of New Orleans, all the way back in 1812. 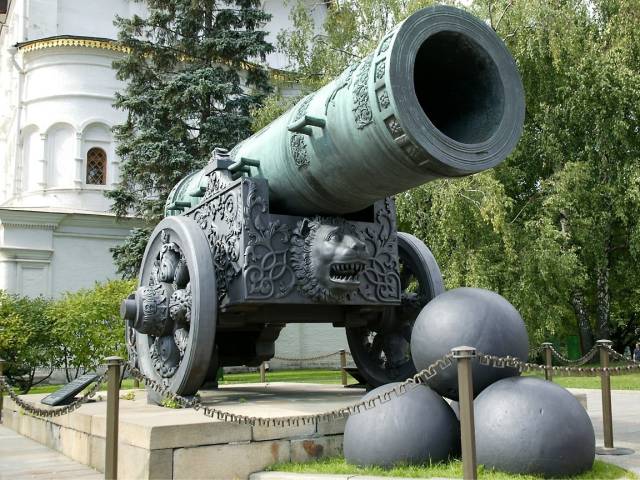 A North Carolina farmer pulled a 65-carat emerald from a pit near rows of corn on his farm. 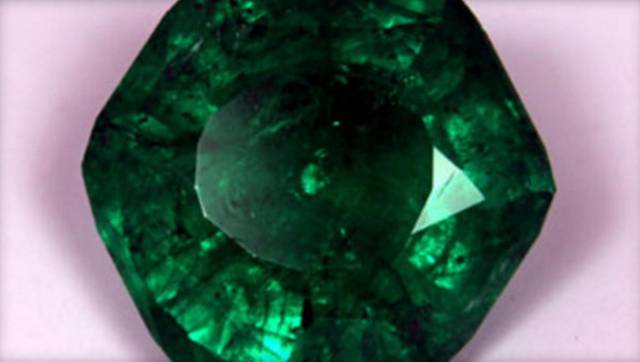 In 2014, a man was doing a landscaping project when he discovered what appeared to be human bones. After medical examination, they were determined to be from a Native American -- and they were over 1000 years old. 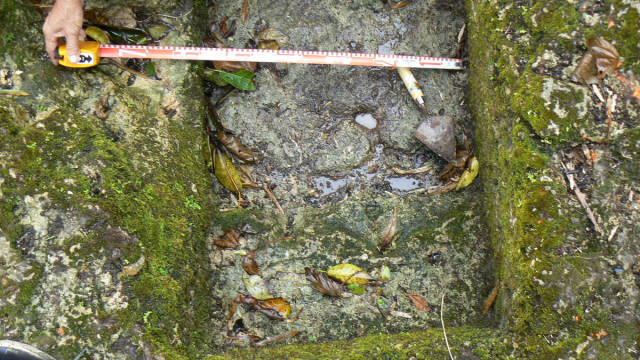 Three French builders stole a treasure of gold bars and coins while working on a property in Normandy. It is said the treasure was worth about 900,000 euros. 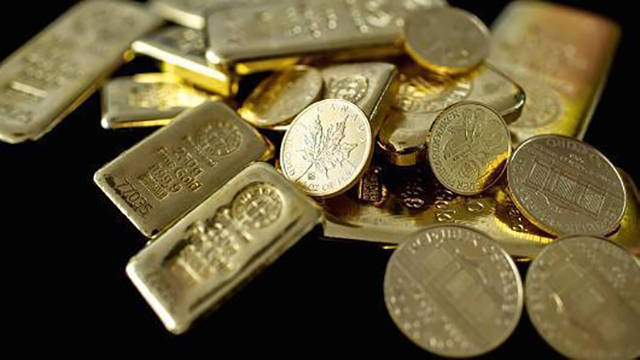 One amateur historian was exploring his home in the UK when he found an ancient burial plot dating back to 2500 BC. 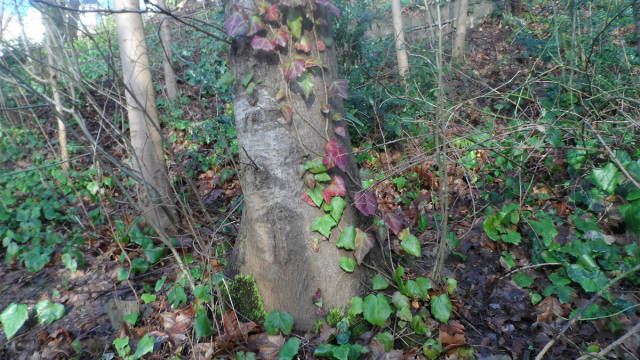 While digging a hole for his swimming pool, one man discovered human remains inside of 13 caskets, dating back to the 1700s. 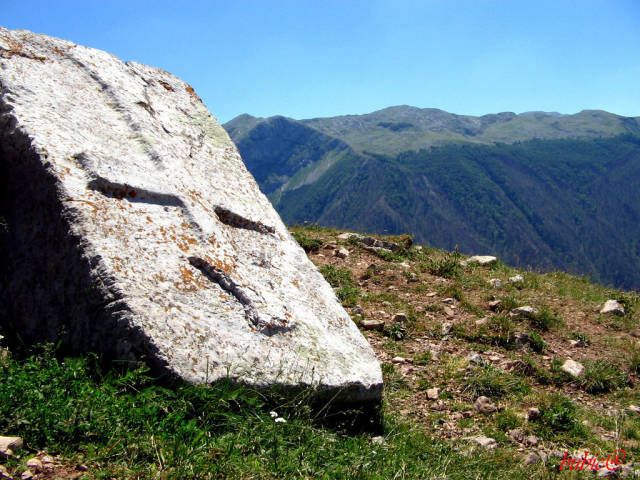 An upper plate of some false teeth were dug up in very old vegetable plot in Buffalo. 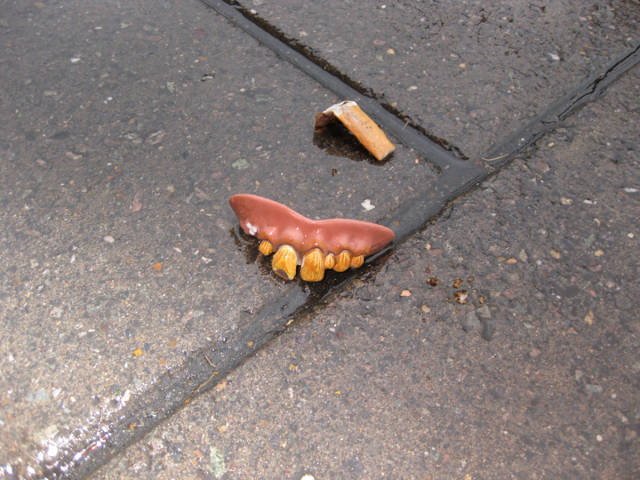 The Star of Murfreesboro is a 34.25 carats (6.850 g) blue diamond that is eleven-sixteenths of an inch (17 mm) in diameter. The diamond was found by John Pollock at the Arkansas Diamond Mine near Murfreesboro, Arkansas. It's considered the largest diamond ever found by a tourist -- and it was valued at $15,000 when it was found in 1964. Adjusted for today's inflation, it would be worth about $95,452. 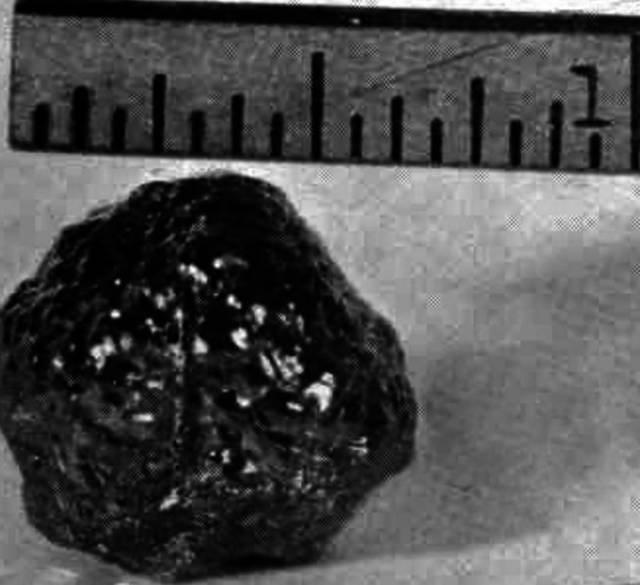 A couple discovered a fallout shelter in their back garden in California. They learned that it was constructed in 1961 -- and it was still fully stocked. 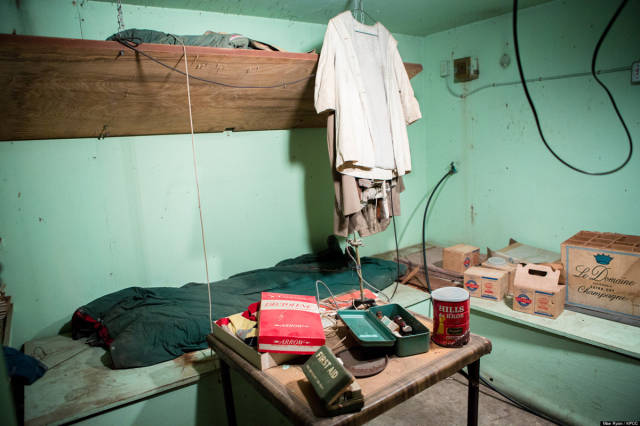 In 1997, a 250 million year old pliosaur bone was discovered while a man was building a fence in his garden. The man in question actually stored the bone in his shed for 16 years, before finally getting it examined in 2013. 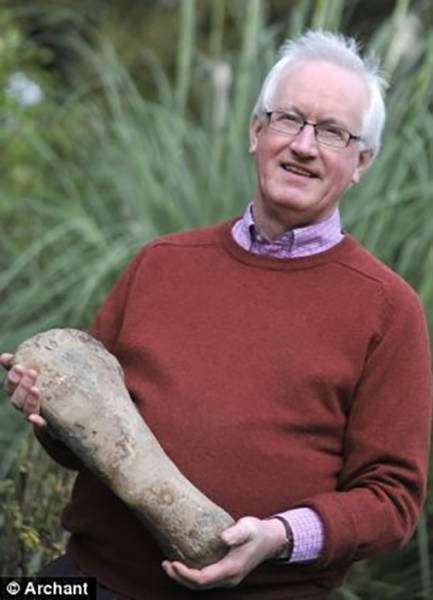 Feb, 2015, diggers in Israel stumbled on largest collection of medieval gold coins ever found. There were about 2,000 of them, and are said to come from the 10th and 11th centuries. 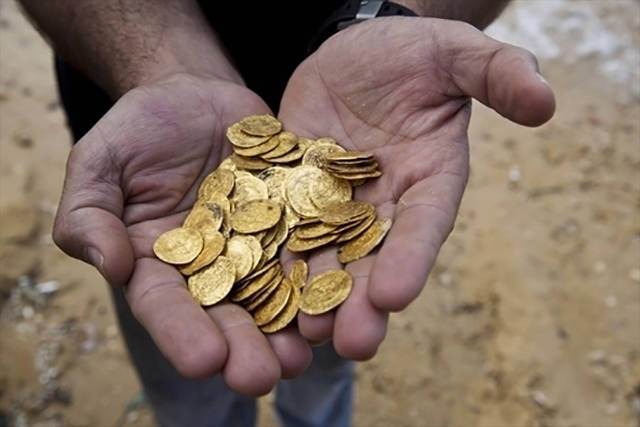 In early 2014, a Canadian was clearing the gap between his garage and fence line when he discovered a pillow case. Inside the pillow case was a fully loaded machine gun and a mobile phone. Clearly, someone in the past was trying to prepare themselves for the worst. 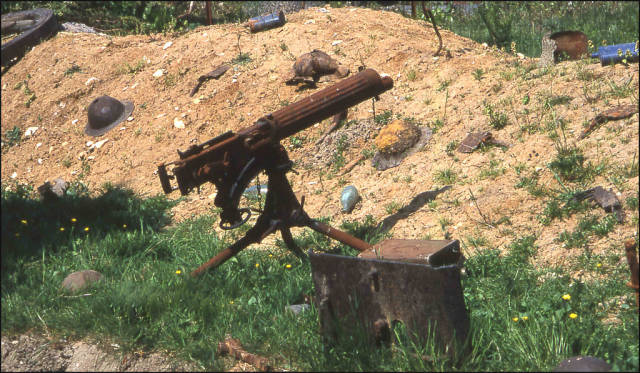 A man in the US was renovating his garden when he found a cash register from the 1940s. He also found several car batteries, perhaps used to power the register during the war. 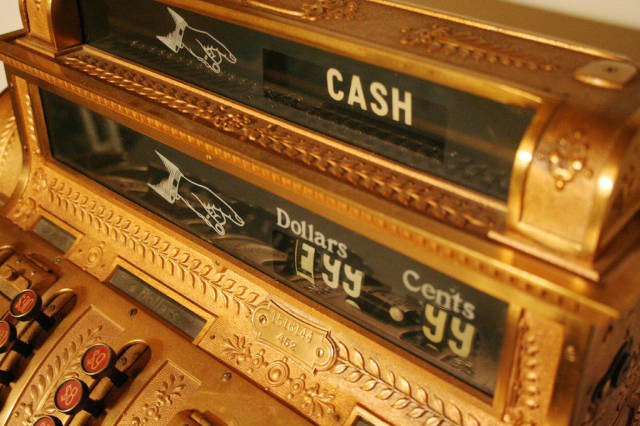 In the late seventies, a boy discovered something sticking out of the ground. At the time, everyone thought it was insignificant, but 30 years later, experts identified it as the skull and jaw bones of a 16 million year old baleen whale. 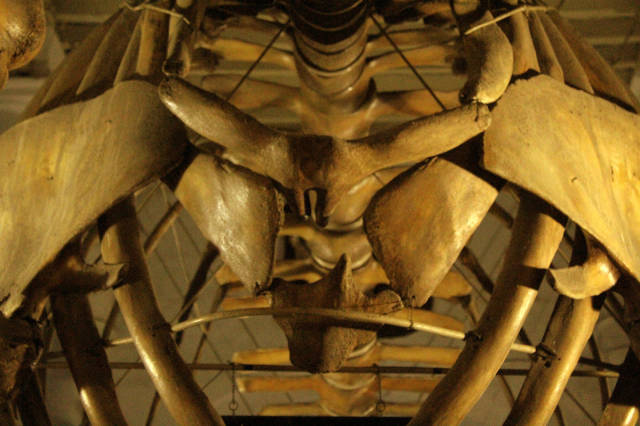 In Hyde Park, New York, a man found an unusual bone whilst renovating his pond. After having it looked at by a specialist (who claimed it was a fossil), an excavation of the yard was scheduled. The excavation yielded over 90 mastodon bones. 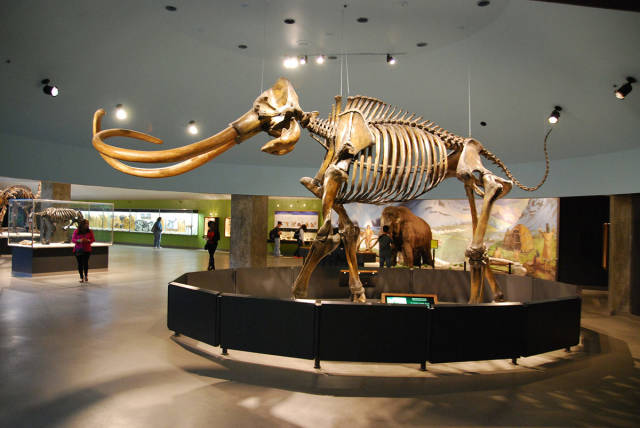 This army service ring was found -- but there's still no sign of it's owner. 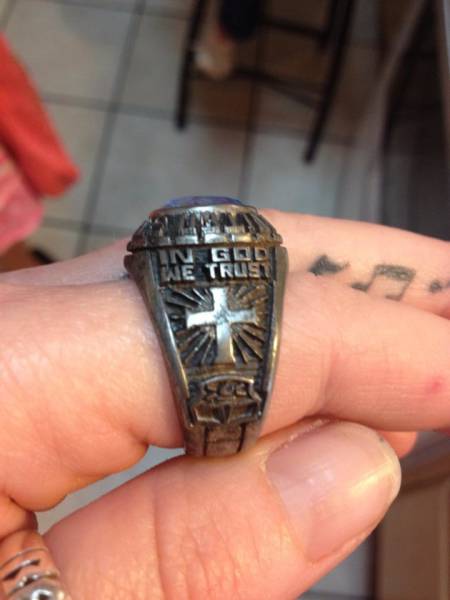 Two boys named Eric and Andrew from Detroit, Michigan built a dam in the creek that flows through their backyard. One of them spotted a bone and, assuming it was human, alerted authorities. However, experts then authenticated the bone as a vertebrae from a mastodon some 13,000 years old. 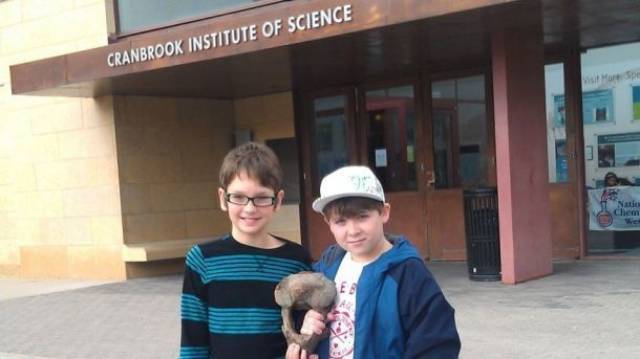 One Serbian man in Bosnia found not one meteorite in his yard, but six. 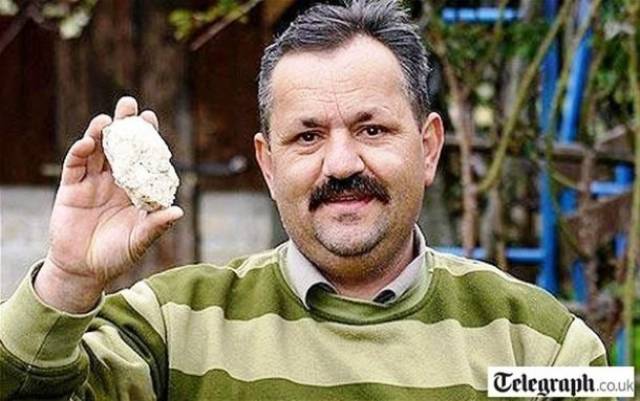 One explorer found this old gun (missing a trigger) hidden in his backyard. 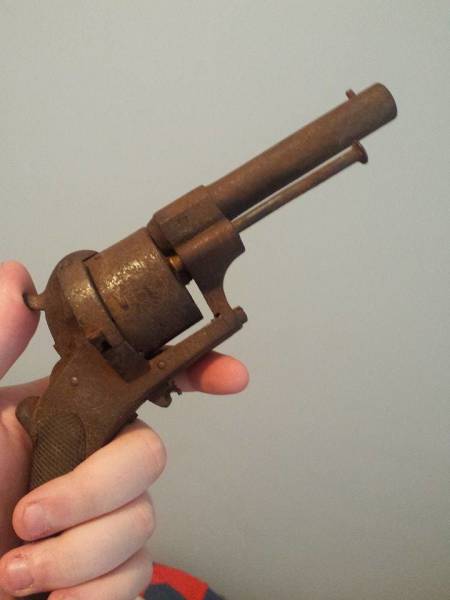 One person found this little Mario figurine inexplicably buried in his backyard -- it's not a big deal, but it's still pretty amusing. 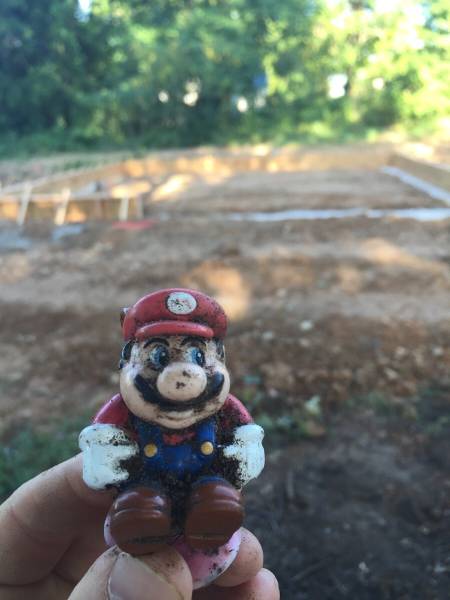 Under the ground a mile from Stonehenge, archaeologists found one of Europe's largest prehistoric monuments. The stones are 15 feet tall, and may have been used for religious rituals. 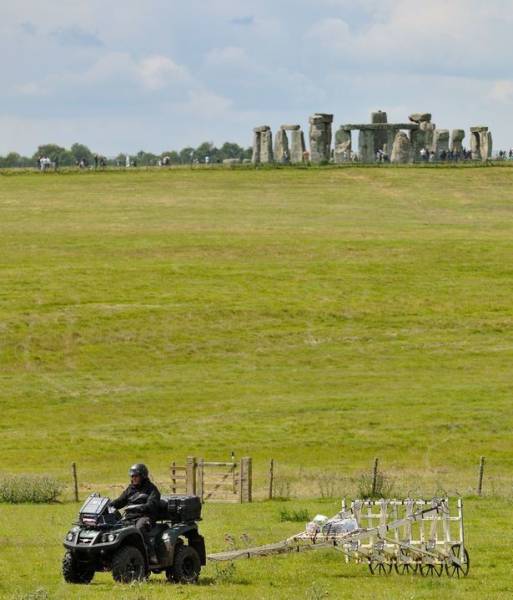 One woman found a 1902 dollar, which are extraordinarily rare, in her backyard. 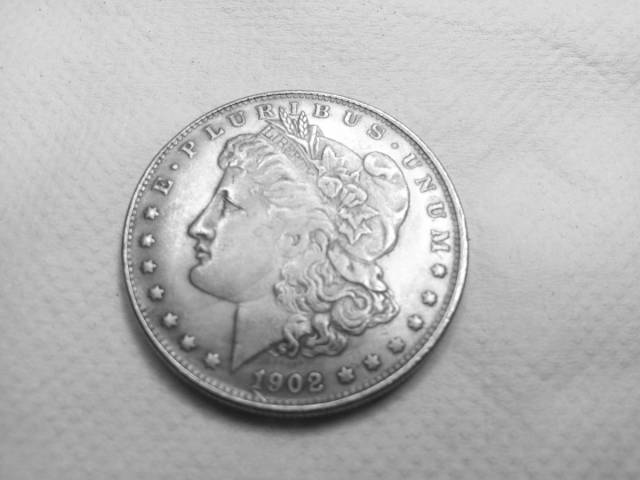 One Sierra Nevada couple was walking their dog in Gold Country when they noticed a decaying canister stuck in the ground. They opened it and found gold worth ten million dollars. 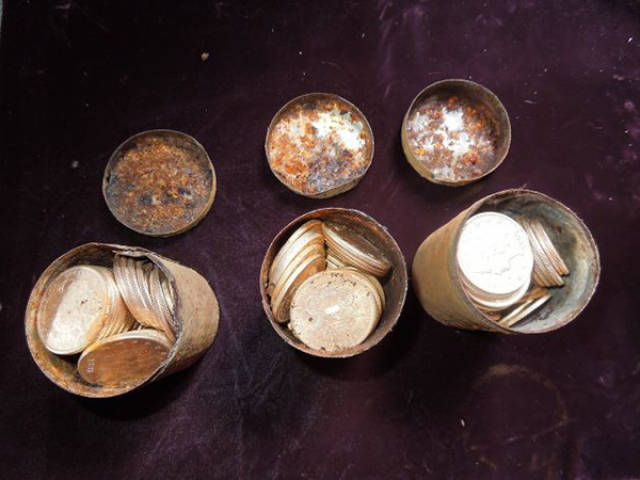 birdman 5 year s ago
#3 It takes a tad longer than 650 years for Fossils to form.. do they mean Relics maybe?
Reply
0

Fenrisulven 5 year s ago
#1 In most of Europe, construction workers find unexploded bombs and grenades from WWII every year.
Never underestimate the power of large crowds, of stupid people.
Reply
X
>
1/1
<