Old Movies That Everybody Should Absolutely Watch (20 pics)

These movies are classics now.

12 Angry Men (1957) - Set in one jury room, with twelve disgruntle jurors, the unraveling of what people believe to be truth and justice is put on the table. Henry Fonda plays Juror 8, the only man who thinks the young inner city boy, who is accused of stabbing his father, is innocent. Over the course of the day, he tries to convince the other men that there are way too many discrepancies with the story to convict the teen. 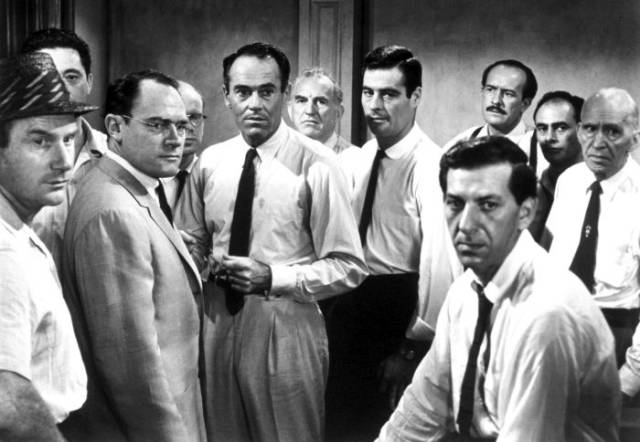 Lawrence of Arabia (1962) - With it’s runtime of 227 minutes, Lawrence of Arabia was one of the first and greatest epics in cinema. Directed by David Lean and starring Peter O’Toole in the title role, the film is based on the life of T.E. Lawrence and his involvement in the Arabian Peninsula during World War 1. The entire film is shot from left to right because the director want the audience to feel like they were going on a journey subconsciously. 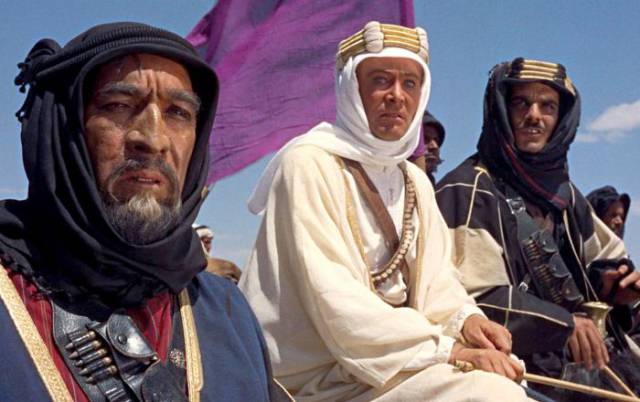 Cool Hand Luke (1967) - Set in a prison farm in Florida, Lucas “Luke” Jackson (Paul Newman) is serving time under a sadistic Southern Warden. He is eventually friended by, Dragline (played by the brilliant George Kennedy) who a first hates Luke, fighting him in the main yard and then takes him under his wing. He earns his nickname bluffing at poker one night, saying to the other inmates "sometimes nothing can be a real cool hand.” 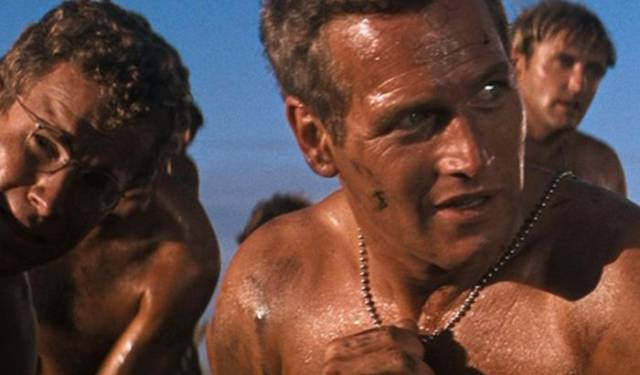 A Streetcar Named Desire (1951) - Based on the play by Southern playwright Tennessee Williams, this was the first collaboration between director Elia Kazan and actor Marlon Brando. The film follows Blanche (Vivian Leigh) as she leaves her small town in Mississippi, to live with her sister Stella (Kim Hunter) and her husband Stanley (Brando). Blanche's present causes tension and desire in an already troubled marriage. 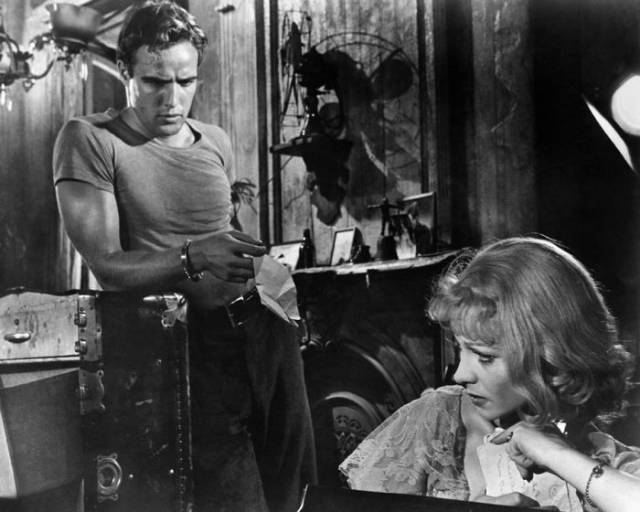 Giant (1956) - Starring Elizabeth Taylor, James Dean and Rock Hudson, this epic set in Texas follows a family from the 1920s to the end of WW2. The film is a staggering three and a half hours long and is one of the only films where James Dean is the lead. Dean, however, was killed in a car crash just prior to the film's release and success. 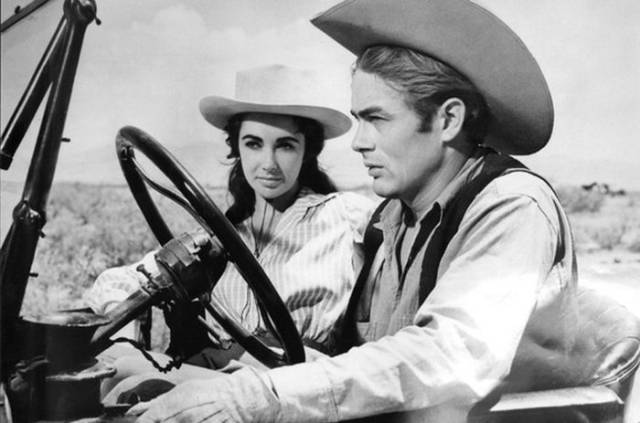 Black Narcissus (1947) - Another film from directing duo Powell & Pressburger along with the brilliant cinematography of Jack Cardiff. Set in the Himalayas, the film revolves around a group of Anglican nuns who begin to be seduced by the people and the environment or their convent, which is a converted harem from the Ottoman Empire. The film has several shots of the convent high on top of a mountain that will leave you breathless.

On The Waterfront (1954) - This crime-drama set on the waterfront of a busy port in New Jersey, Marlon Brando plays Terry Malloy, a down on his luck dockworker who was and ex-boxer. This film was Brando’s second collaboration with director Elia Kazan and was well received upon release. Brando’s famous line, "You don't understand! I coulda had class. I coulda been a contender. I coulda been somebody instead of a bum, which is what I am” is ranked number three in the greatest movie lines of all time. 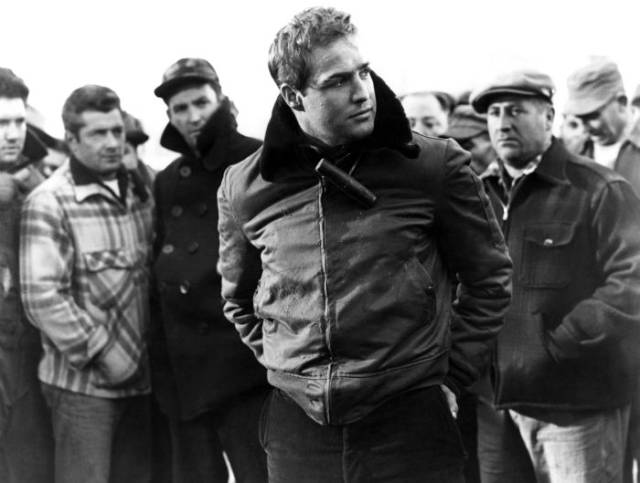 Citizen Kane (1941) - Hailed by critics as possibly the greatest film of all time, Citizen Kane was directed and starred Orson Welles as the tycoon, Charles Foster Kane. The script was based on William Randolph Hearst, the real-life newspaper tycoon that banned the film around the United States during its release, making it a forbidden fruit that the public just couldn’t get enough of. 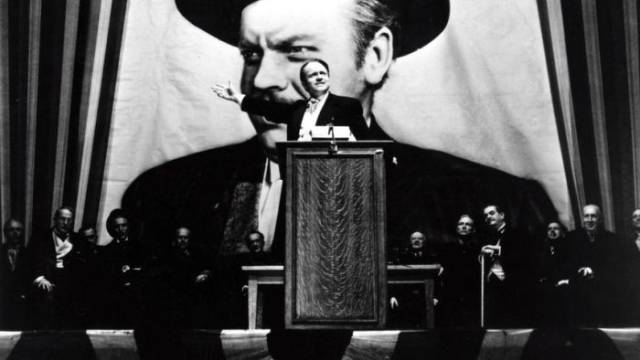 Drums Along the Mohawk (1939) - Another John Ford film, this one takes place in 1776 New York, right before the revolutionary war. Fighting off Indian attacks, the settlers try to make a stand in the valley they have come to call home. This was Ford’s first technicolor film and it received two Academy Award nominations. 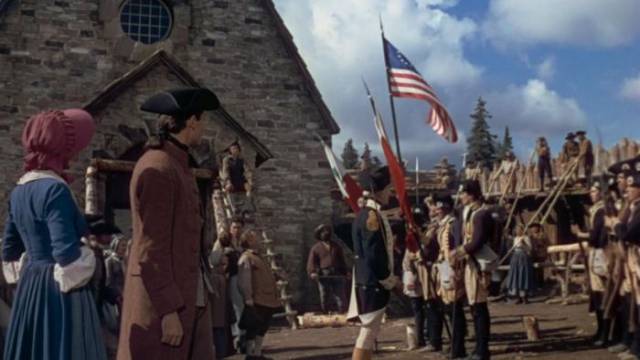 Dr. Strangelove: Or How I Learned to Stop Worrying and Love the Bomb (1964) - One of the funniest movies of the 1960s, Dr. Strangelove played on America’s fear of a nuclear attack during the height of the cold war. Set in “The War Room”, Peter Sellers amazingly plays three different roles as; Group Capt. Lionel Mandrake, President Merkin Muffley and Dr. Strangelove. This is one of the first widely praised movies by master Stanley Kubrick. 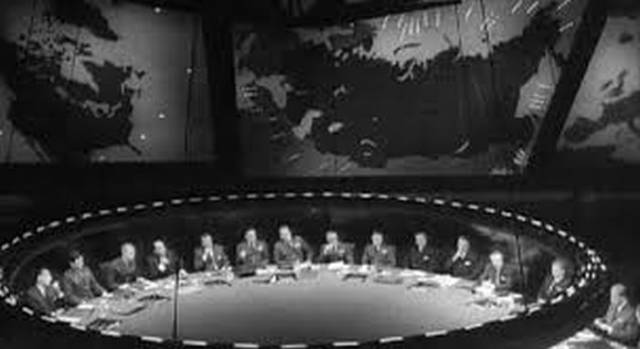 The Virgin Spring (1960) - One of film master Ingmar Bergman’s best movies. The Virgin Spring is set in medieval Sweden and follows a father’s journey to revenge his daughter’s brutal rape and murder. The film was the inspiration for the popular horror film The Last House on the Left. 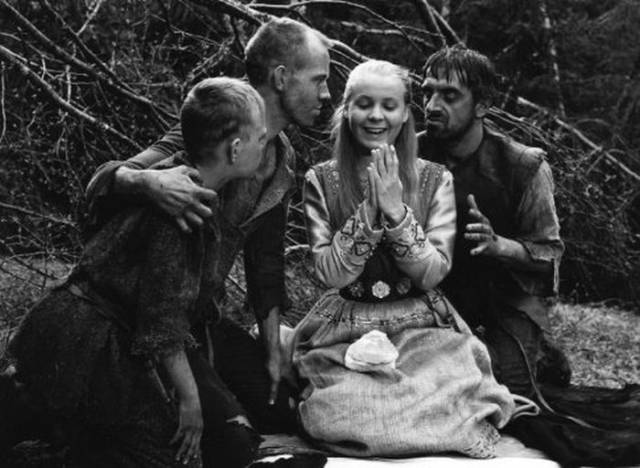 King Kong (1933) - Probably the most famous monster movie of all time, this was the first real “blockbuster”. Carl Denham travels to far away islands to make travel films when he encounters Kong, a massive ape that is worship by the island people. Kong is sedated and brought to New York City, this is where one of the most iconic scenes in film history takes place. 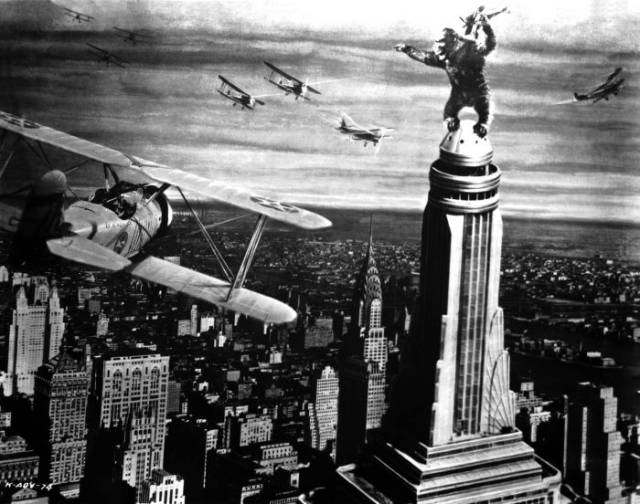 Vertigo (1958) - From the master of suspense, director Alfred Hitchcock comes one of the best thrillers ever made. John “Scottie” Furgeson (played by the amazing James Stewart) is a detective in San Francisco who is deathly afraid of heights after a rooftop chase causes the death of his partner and a girl he was hired to tail. Later he sees what he believes to be a twin of the dead girl walking around the streets of San Francisco. This leads to a chase that descends into a world of madness, jealousy and betrayal.

Cape Fear (1962) - Being remade by Martin Scorsese in 1991 with Robert de Niro and Nick Nolte, the original cape fear starred Robert Mitchum and Gregory Peck in the title roles. Spending eight years in prison, Max Candy (Mitchum) is released and hunts down the Sam Bowden (Peck) the lawyer he feels was responsible for his conviction. This film is one of the best thrillers of all time with and ending you won’t soon forget. 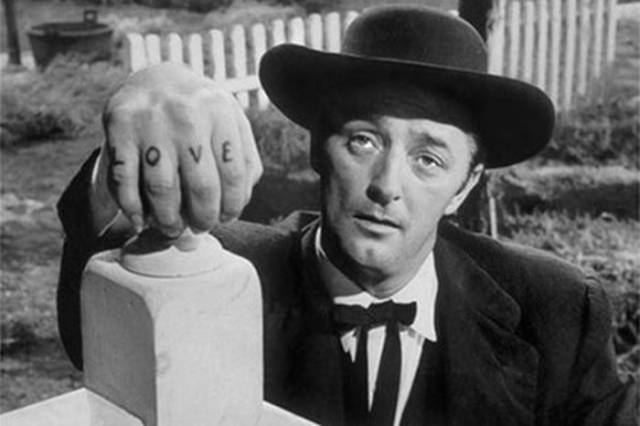 Plan 9 From Outer Space (1959) - It’s very popular now of days to watch movies so bad they’re good (The Room, Sharknado). Well, the film that started it all was a little picture called Plan 9 From Outer Space. Directed by cult-film icon Ed Wood, it tells the story ( the story being a loose term here) of an old man who’s wife is killed, then he’s killed and then flying saucers come down and turn them into zombies. The Tim Burton film ED WOOD stars Johnny Depp as Wood during the filming of Plan 9 and it is a must see. 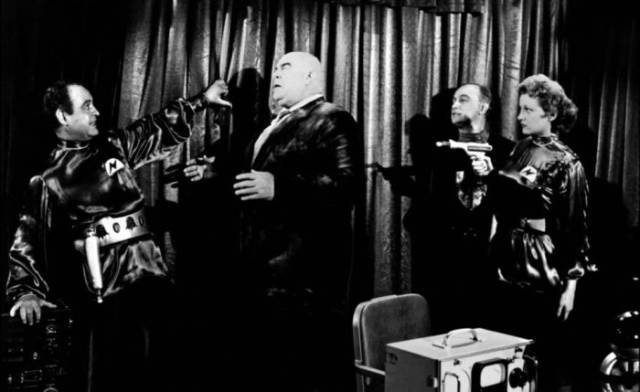 The Red Shoes (1948) - The best movie ever about the ballet, this movie was the inspiration for Darren Aronofsky’s 2010 film Black Swan. It follows a young dancer as she works her way from a nobody, to working with one of the most respected choreographers in ballet. The film focuses on dedication, desire, heartbreak and betrayal. The picture was also filmed by cinematographer Jack Cardiff, the king of technicolor. 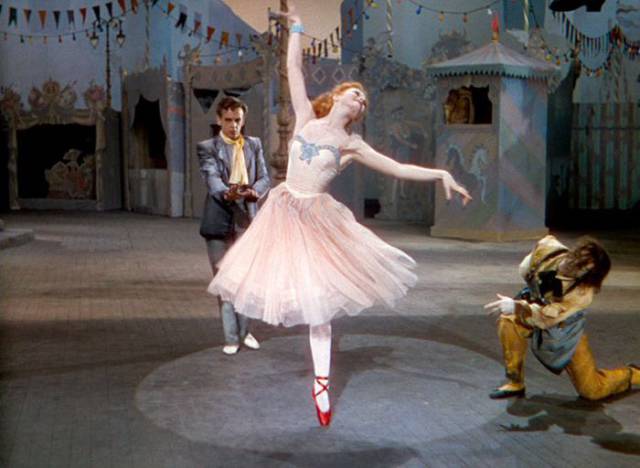 The Searchers (1956) - John Ford’s opus to the American west in the 1800s. Filmed in the now historic, Monument Valley, it stars John Wayne as a Civil War veteran searching for his niece that was abducted by a local Native Americans. 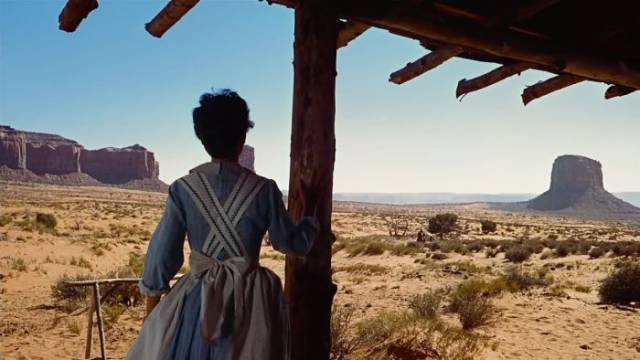 Some Like it Hot - One of the funniest films of all time. Tony Curtis and Jack Lemmon are two Chicago musicians that witness a mob hit and quickly skip town. They end up joining an all girl traveling singing group, which has a beautiful singer/ukelele player named Sugar Kane (Marilyn Monroe). The hilarity that ensues on their cross country/cross dressing journey will have you laughing long after the movie is over. 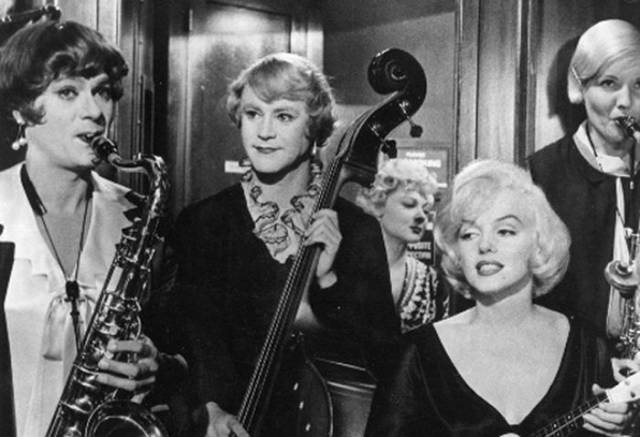 Stagecoach (1939) - A group of traveller’s, all different in occupation and standings, travel through the New Mexico territory in 1880. The passengers must battle with an outlaw-kid (played by John Wayne in his breakout role) and ever present Apache attacks. This is the first film of many shot by John Ford in Monument Valley. 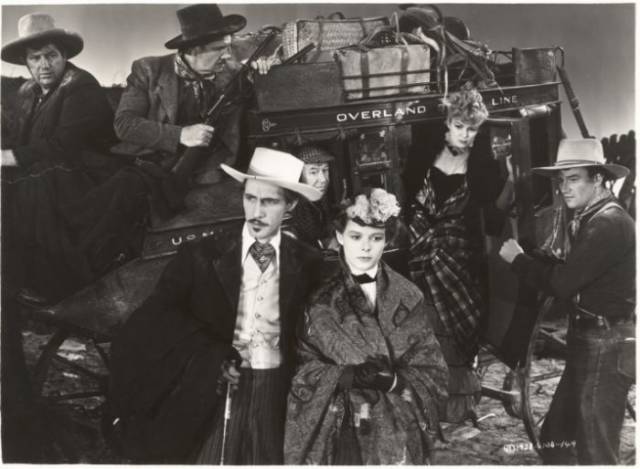 The Naked Kiss (1964) - Starring Constance Towers as a traveling prostitute, Samuel Fuller’s masterpiece has one of the most insane openings for a film of it's time. Towers beats her pimp into submission while ripping off her wig to exposed a cleanly-shaved bald head. Pretty amazing for 1964. 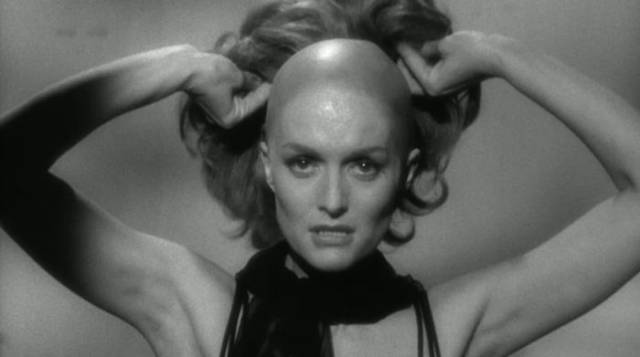 pitterpat 4 year s ago
#8, Completely false. W.R. Hearst and Orson Welles' father, Richard Welles, were close friends. Orson invited W.R. to the premiers. W.R. declined. Hearst papers wouldn't advertise for the film since after the original screenplay by Orson Welles and Herman J. Mankiewicz, was about Howard Hughes and Howard Hughes was a bigger threat in shutting down its production than Hearst. So Welles and Mankiewicz reworked the screenplay to echo Hearsts life.

W.R. Hearst commanded all of his publications to neither condemn nor promote the film as a gesture towards the friendship between the Hearsts and the Welles families. Since Hearst had a near monopoly on U.S. publications in print across the states, it was perceived as a dud film by the public as they couldn't garner a review either way. Remember now, these were times when people relied on papers for their news and pennies were short. Too short to waste on a film with no review from their only news sources.

The film opened to mixed reviews and exclusive theaters anti-Hearst promotions. It still profited. It was only after W.R. Hearst and Howard Hughes' deaths that the film actually gained any notoriety. It's a good film for the history of its back story. Not for it's exclusive artistry.

Bridge Over The River Kwai. The Sound Of Music. The Best Years Of Our Lives. Stalag 17. The Exorcist. Doctor Zhivago. .... There are so many more that deserve to be on this threads list. Sadly, they're not.
Reply
-1

laughinggas 4 year s ago
so what, it's an old film. I doubt anyone cares.
Reply
0

Bastet 4 year s ago
"Not for it's exclusive artistry." I beg to differ. Beautiful story and technically ground breaking.
Reply
1

pitterpat 4 year s ago
lol You cared enough to reply, laughinggas. Joke's on you then, eh?
Reply
0