Roger Ebert is a famous American film critic and if there were movies that he didn't like he said all what he thought about it. Check out the movie list he really really didn't like.

“The movie is an assault on the eyes, the ears, the brain, common sense and the human desire to be entertained. No matter what they’re charging to get in, it’s worth more to get out. … ‘Armageddon’ reportedly used the services of nine writers. Why did it need any? The dialogue is either shouted one-liners or romantic drivel. ‘It’s gonna blow!’ is used so many times, I wonder if every single writer used it once, and then sat back from his word processor with a contented smile on his face, another day’s work done.” 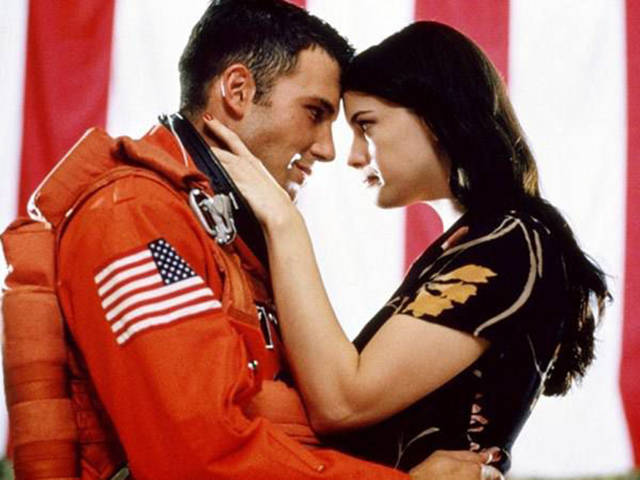 “I had a colonoscopy once, and they let me watch it on TV. It was more entertaining than ‘The Brown Bunny.'” 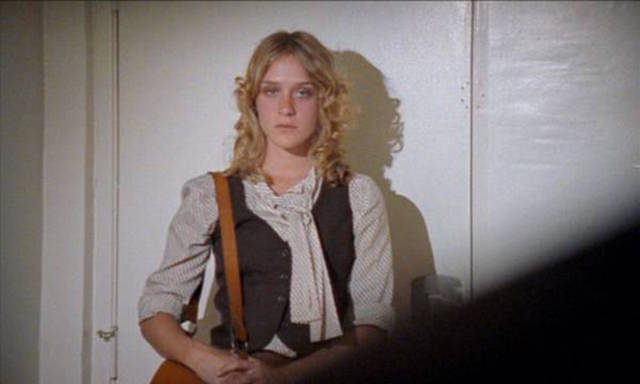 “Eventually the secret of Those, etc., is revealed. It’s a crummy secret, about one step up the ladder of narrative originality from It Was All a Dream. It’s so witless, in fact, that when we do discover the secret, we want to rewind the film so we don’t know the secret anymore. And then keep on rewinding, and rewinding, until we’re back at the beginning, and can get up from our seats and walk backward out of the theater and go down the up escalator and watch the money spring from the cash register into our pockets.” 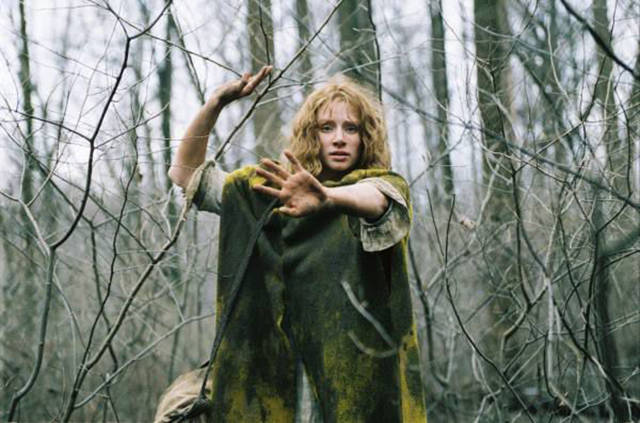 “This sucks on so many levels.’ Dialogue from ‘Jason X’; rare for a movie to so frankly describe itself. ‘Jason X’ sucks on the levels of storytelling, character development, suspense, special effects, originality, punctuation, neatness and aptness of thought.” 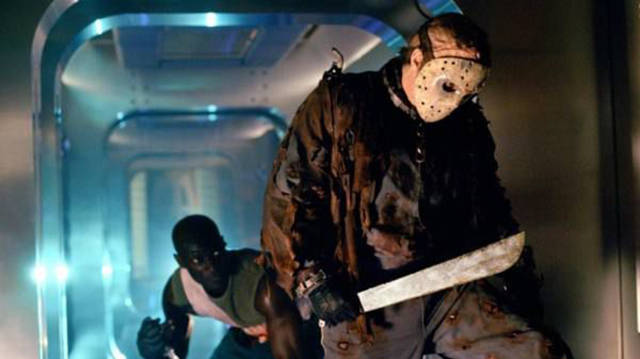 “Myers has some funny moments, but this film could have been written on toilet walls by callow adolescents. Every reference to a human sex organ or process of defecation is not automatically funny simply because it is naughty, but Myers seems to labor under that delusion. He acts as if he’s getting away with something, but in fact all he’s getting away with is selling tickets to a dreary experience.” 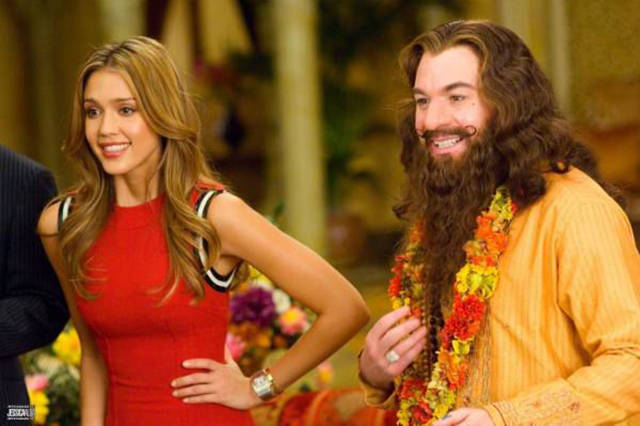 “Saving Silverman is so bad in so many different ways that perhaps you should see it, as an example of the lowest slopes of the bell-shaped curve.” 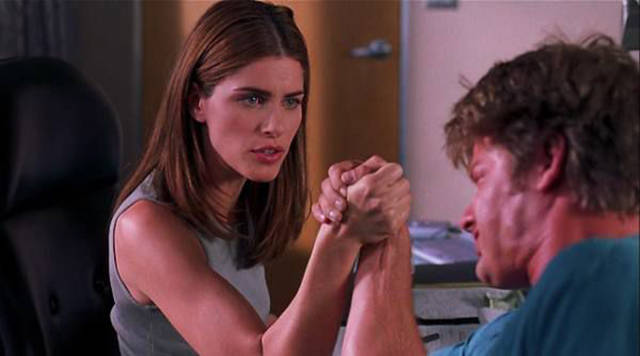 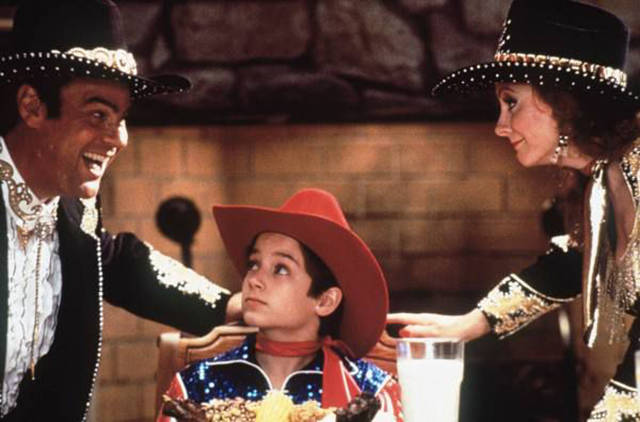 “John Waters’ Pink Flamingos has been restored for its 25th anniversary revival, and with any luck at all that means I won’t have to see it again for another 25 years. If I haven’t retired by then, I will. … Note: I am not giving a star rating to Pink Flamingos because stars simply seem not to apply. It should be considered not as a film but as a fact, or perhaps as an object.” 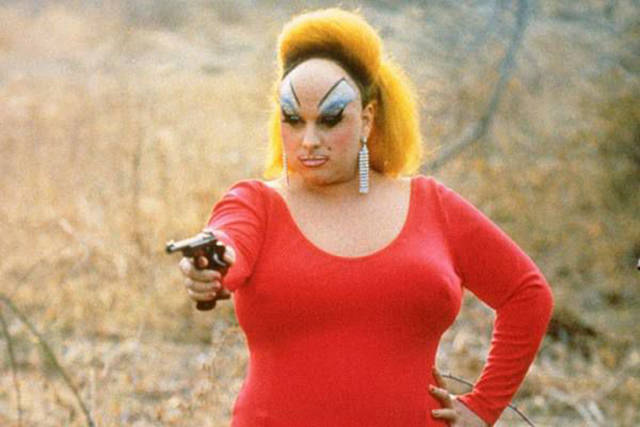 “This movie is awful in so many different ways. Even the opening titles are cheesy. Sci-fi epics usually begin with a stab at impressive titles, but this one just displays green letters on the screen in a type font that came with my Macintosh. Then the movie’s subtitle unscrolls from left to right in the kind of ‘effect’ you see in home movies.” 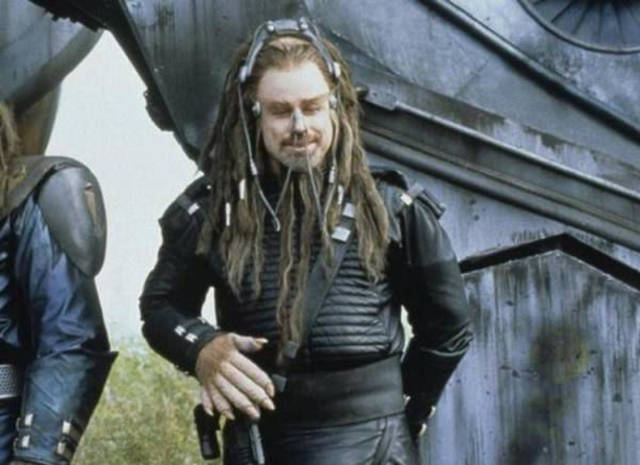 “Once again, my comprehension began to slip, and finally I wrote down: ‘To the degree that I do understand, I don’t care.’ It was, however, somewhat reassuring at the end of the movie to discover that I had, after all, understood everything I was intended to understand. It was just that there was less to understand than the movie at first suggests.” 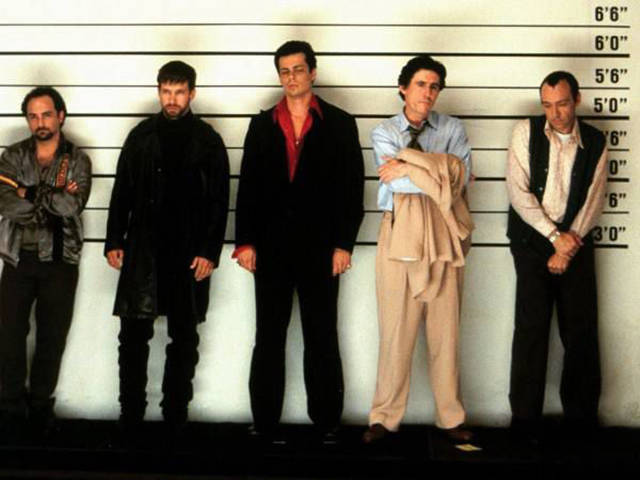 “You see it, you leave the theater, and then it evaporates, leaving just a slight residue, something like a vaguely unpleasant taste in the memory.” 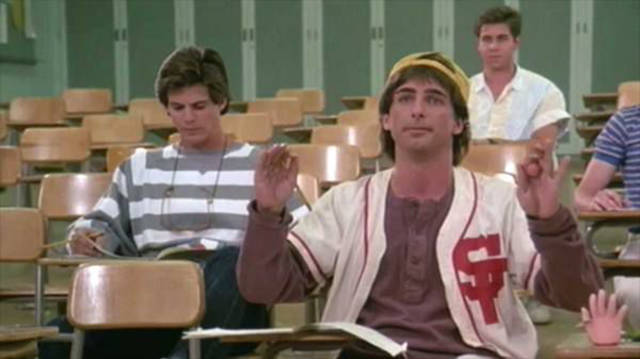 “Most of the people look as if they would rather be in other movies. The movie basically has one joke, which is Ace Ventura’s weird nerdy strangeness. If you laugh at this joke, chances are you laugh at Jerry Lewis, too, and I can sympathize with you even if I can’t understand you. I found the movie a long, unfunny slog through an impenetrable plot. Kids might like it. Real little kids.” 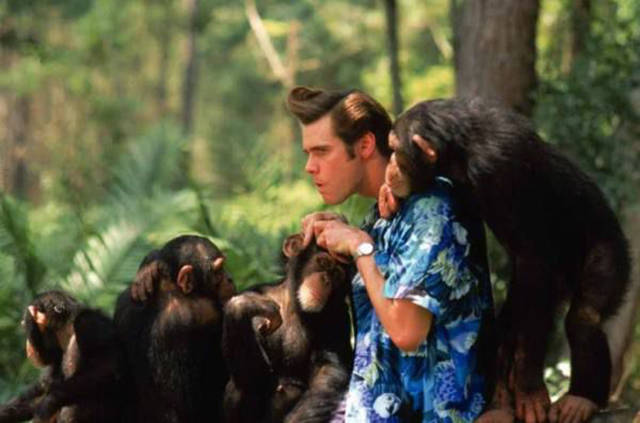 “Maybe another 200 cigarettes would have helped; coughing would be better than some of this dialogue.” 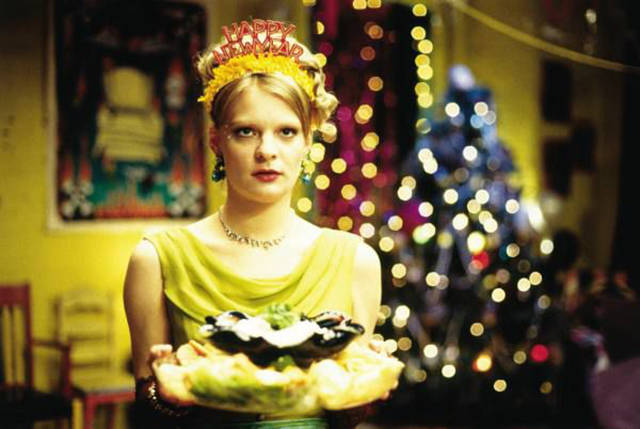 “It’s not bad in any usual way. It’s bad in a new way all its own. There is something extraterrestrial about it, as if it’s based on the sense of humor of an alien race with a completely different relationship to the physical universe. The movie is so odd, it’s most worth seeing just because we’ll never see anything like it again. I hope.” 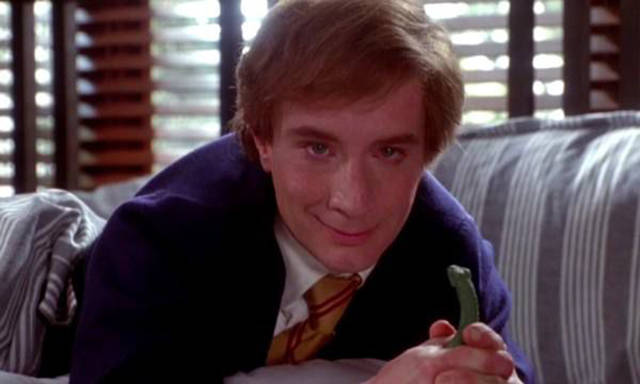 “What planet did the makers of this film come from? What assumptions do they have about the purpose and quality of life? I ask because ‘She’s Out of Control’ is simultaneously so bizarre and so banal that it’s a first: the first movie fabricated entirely from sitcom cliches and plastic lifestyles, without reference to any known plane of reality.” 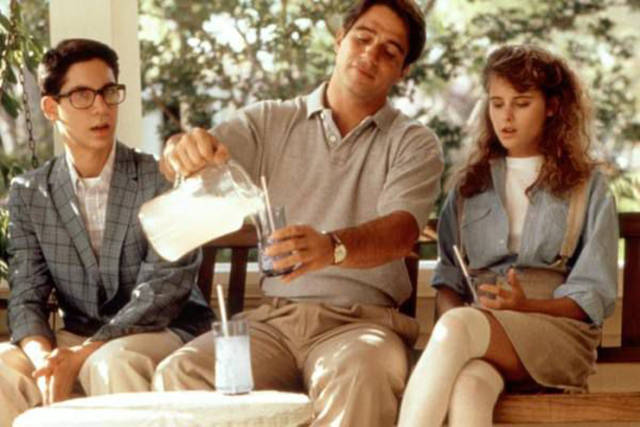 “A lot of bad movies are fairly throbbing with life. ‘Mannequin’ is dead. The wake lasts 1 1/2 hours, and then we can leave the theater. Halfway through, I was ready for someone to lead us in reciting the rosary.” 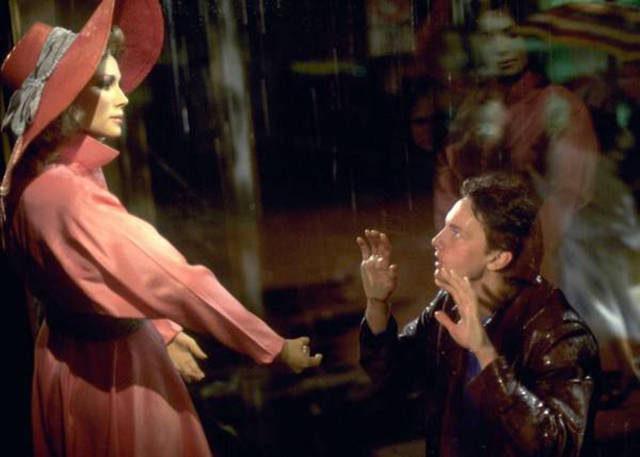 “‘Corky Romano’ is like a dead zone of comedy. The concept is exhausted, the ideas are tired, the physical gags are routine, the story is labored, the actors look like they can barely contain their doubts about the project.” 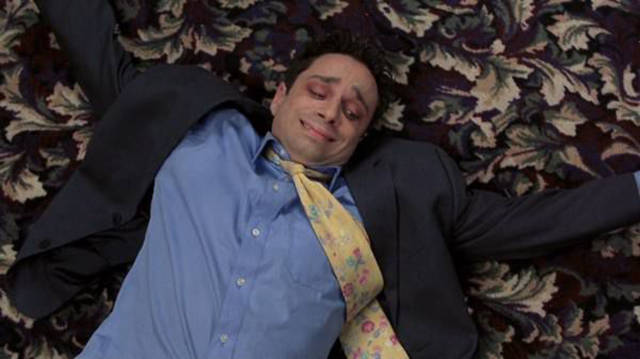 “Spice World is obviously intended as a ripoff of ‘A Hard Day’s Night’ which gave The Beatles to the movies…the huge difference, of course, is that the Beatles were talented–while, let’s face it, the Spice Girls could be duplicated by any five women under the age of 30 standing in line at Dunkin’ Donuts.” 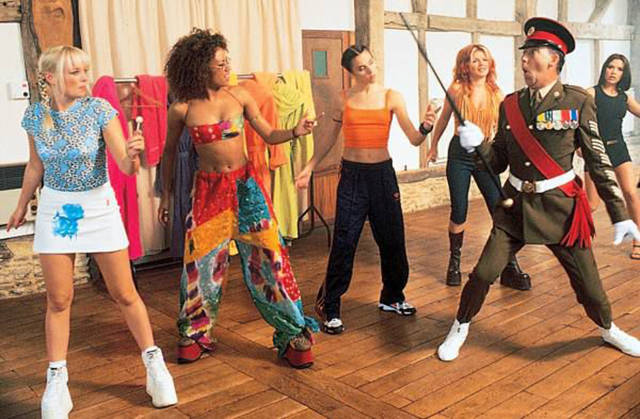 “The Bucket List is a movie about two old codgers who are nothing like people, both suffering from cancer that is nothing like cancer, and setting off on adventures that are nothing like possible. I urgently advise hospitals: Do not make the DVD available to your patients; there may be an outbreak of bedpans thrown at TV screens.” 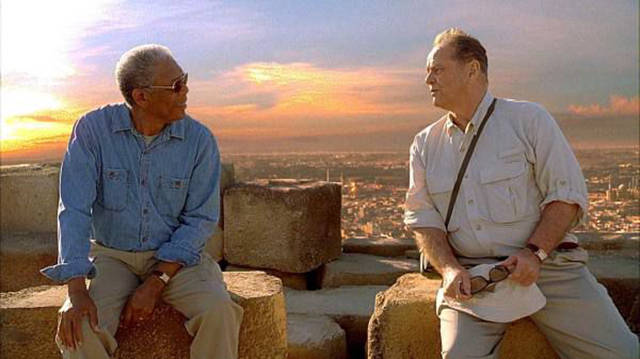 “The Dukes of Hazzard,” 1 star

“Of course you don’t have to be smart to get into The Dukes of Hazzard. But people like Willie Nelson and Burt Reynolds should have been smart enough to stay out of it. Here is a lame-brained, outdated wheeze about a couple of good ol’ boys who roar around the back roads of the South in the General Lee, their beloved 1969 Dodge Charger. As it happens, I also drove a 1969 Dodge Charger. You could have told them apart because mine did not have a Confederate flag painted on the roof.” 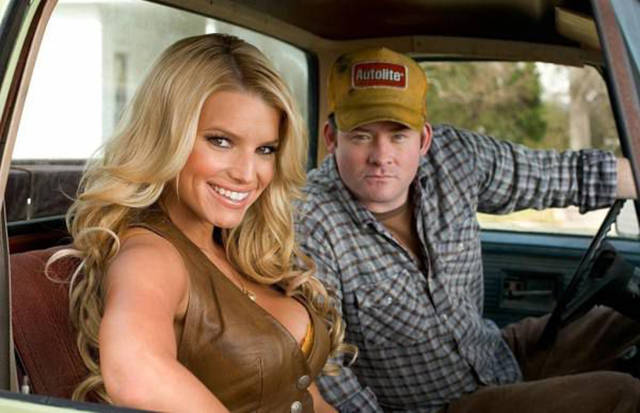 “No one is funny in ‘Tommy Boy.’ There are no memorable lines. None of the characters is interesting, except for the enigmatic figure played by Rob Lowe, who seems to have wandered over from ‘Hamlet.’ Judging by the evidence on the screen, the movie got a green light before a usable screenplay had been prepared, with everybody reassuring themselves that since they were such funny people, inspiration would overcome them.” 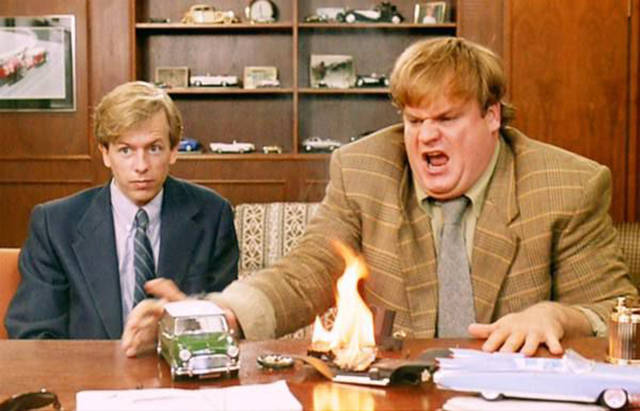 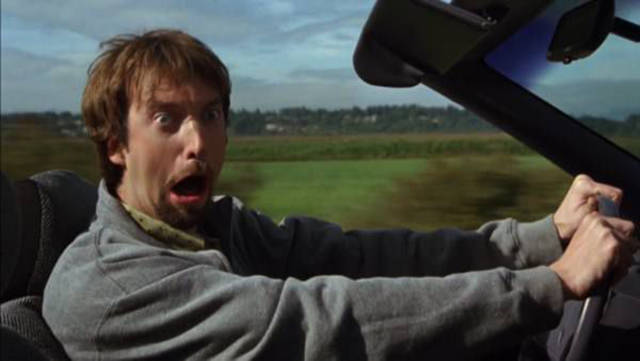 “The Flintstones in Viva Rock Vegas,” half star

“This is an ideal first movie for infants, who can enjoy the bright colors on the screen and wave their tiny hands to the music.” 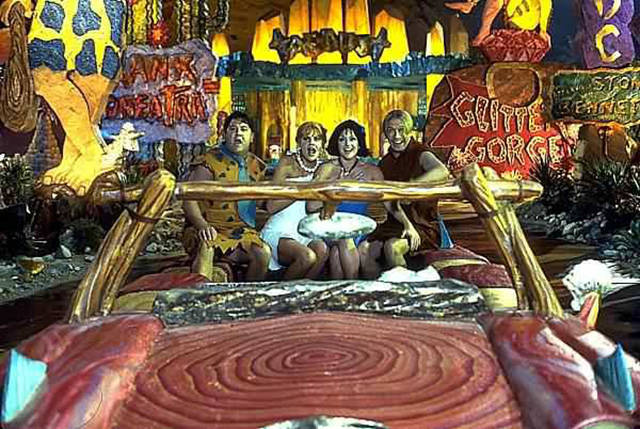 “‘Charlie’s Angels’ is like the trailer for a video game movie, lacking only the video game, and the movie.” 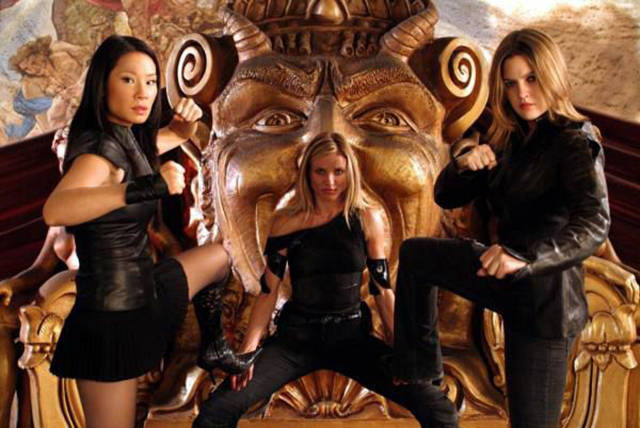 “Death to Smoochy,” half star

“In all the annals of the movies, few films have been this odd, inexplicable and unpleasant.” 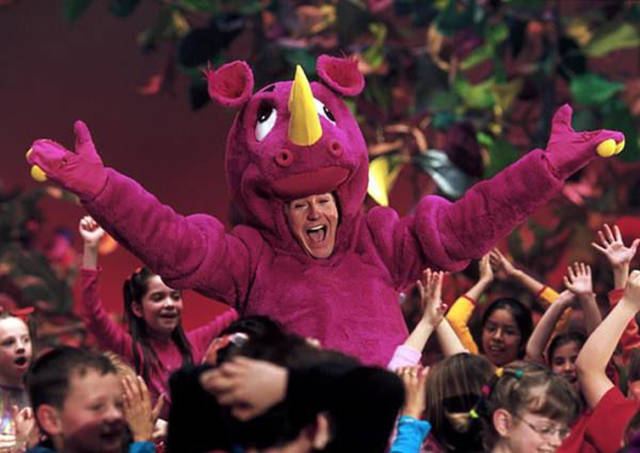 “[The title character] makes a living prostituting himself. How much he charges I’m not sure, but the price is worth it if it keeps him off the streets and out of another movie. ‘Deuce Bigalow’ is aggressively bad, as if it wants to cause suffering to the audience. The best thing about it is that it runs for only 75 minutes…. Speaking in my official capacity as a Pulitzer Prize winner, Mr. Schneider, your movie sucks.” 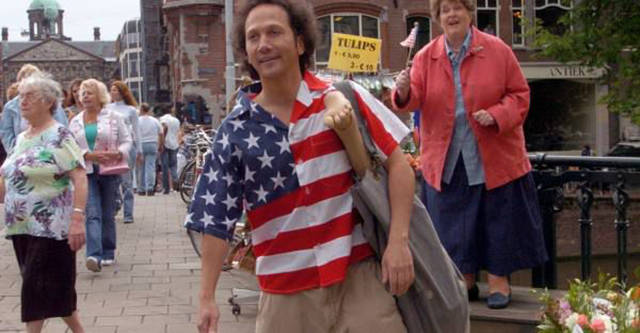 “Going to see Godzilla at the Palais of the Cannes Film Festival is like attending a satanic ritual in St. Peter’s Basilica. It’s a rebuke to the faith that the building represents. Cannes touchingly adheres to a belief that film can be intelligent, moving and grand. Godzilla is a big, ugly, ungainly device to give teenagers the impression they are seeing a movie.” 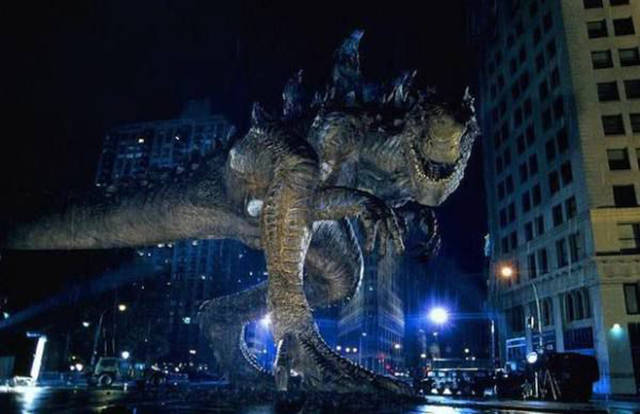 “There is a word for this movie, and that word is: Ick.” 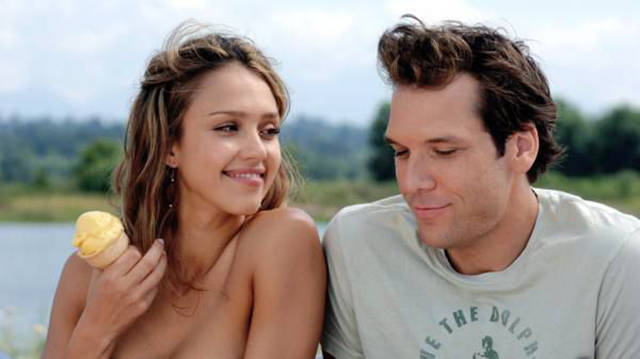 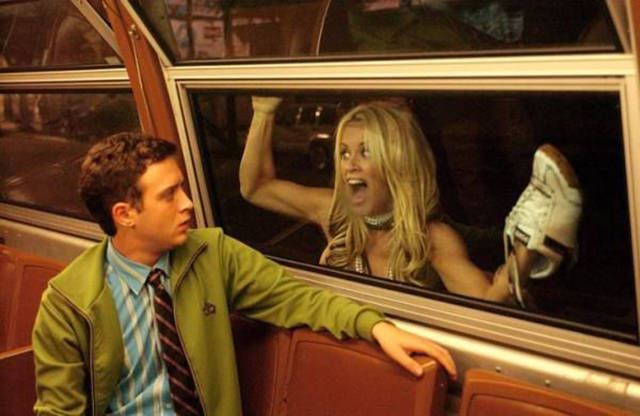 “Of the film’s many problems, the greatest may be that all three witches are thoroughly unpleasant. They don’t have personalities; they have behavior patterns and decibel levels. A good movie inspires the audience to subconsciously ask, ‘Give me more!’ The witches in this one inspired my silent cry, ‘Get me out of here!’” 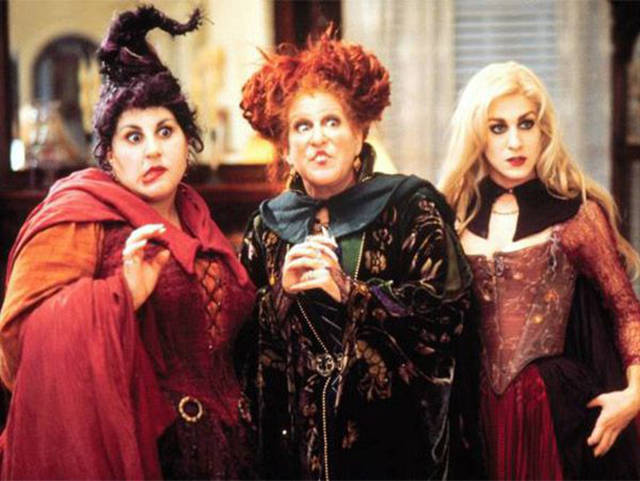 Khysiek 5 year s ago
Well, nobody is always right.
There is a lot of far worse movies.
Reply